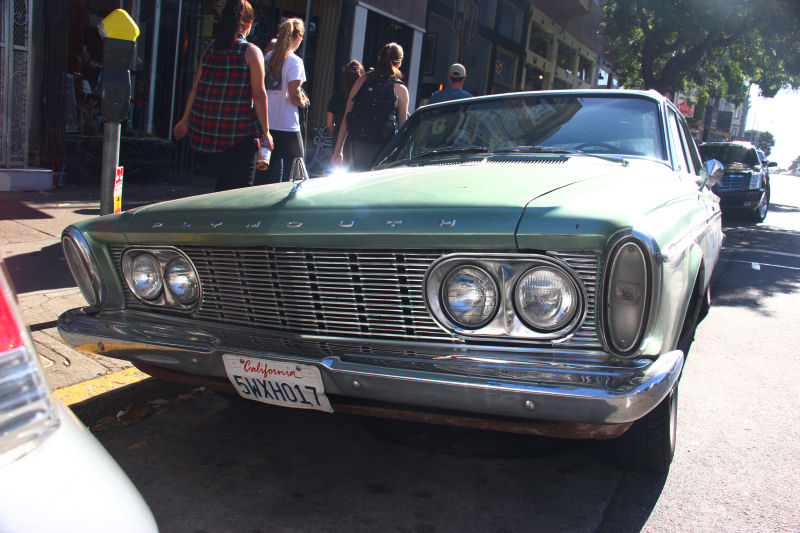 When cruising around for classic cars on the streets, I sometimes find that the Haight-Ashbury district of San Francisco yields interesting subjects. A sort of mecca for both tourists and eclectic locals, the Haight has mostly on-street parking for its various homes and businesses and I've run across a number of classics there. This '63 Plymouth Belvedere was a great spotting. 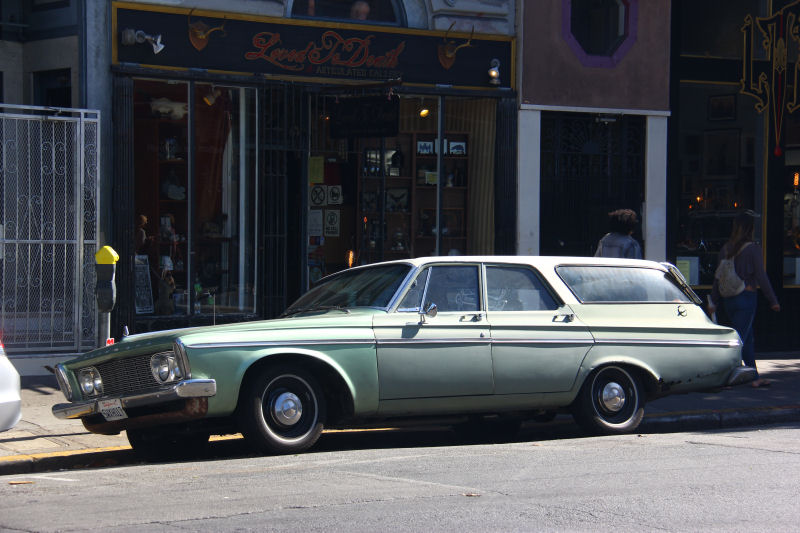 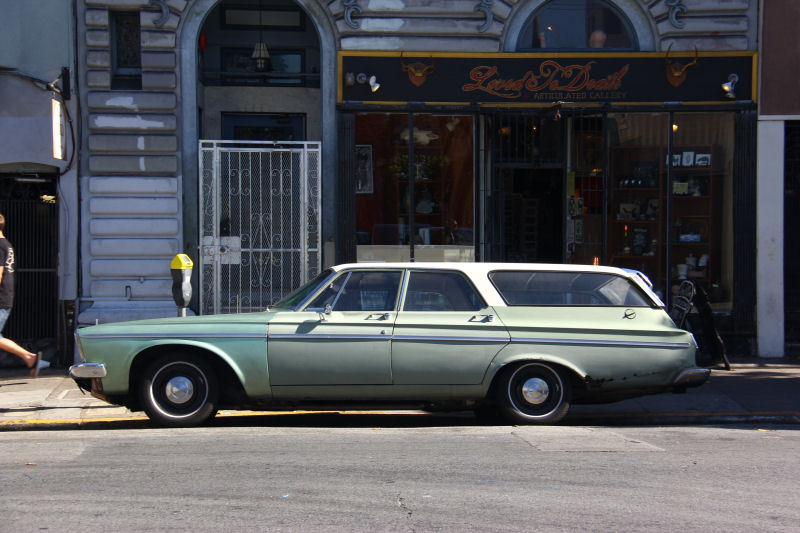 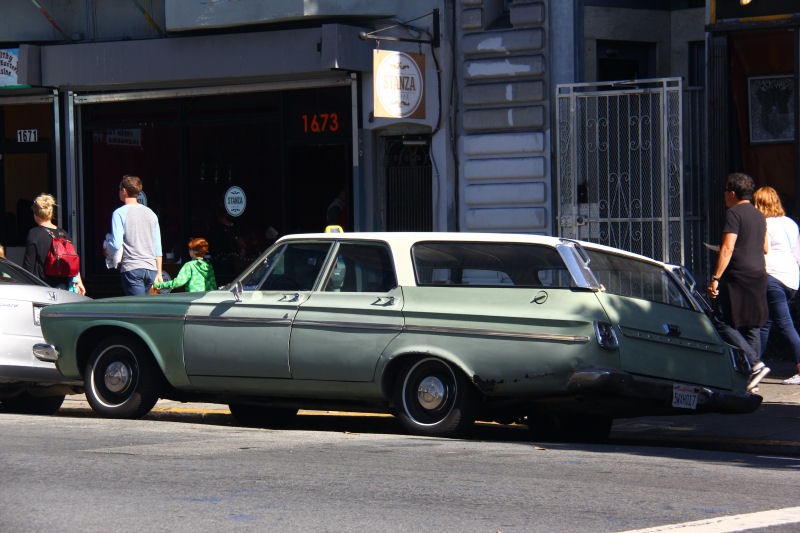 Old Mopar station wagons are getting to be pretty hard to find in my area. The Belvedere was Plymouth's mid-range model in 1963, slotting between the base Savoy and the top-level Fury. The Belvedere came standard with a 145-horsepower slant six engine and three-speed manual transmission, but station wagons were given extra oomph in the form of a 318 small block V8 making 230 horsepower. A pushbutton TorqueFlite automatic was optional, as seen on this example. 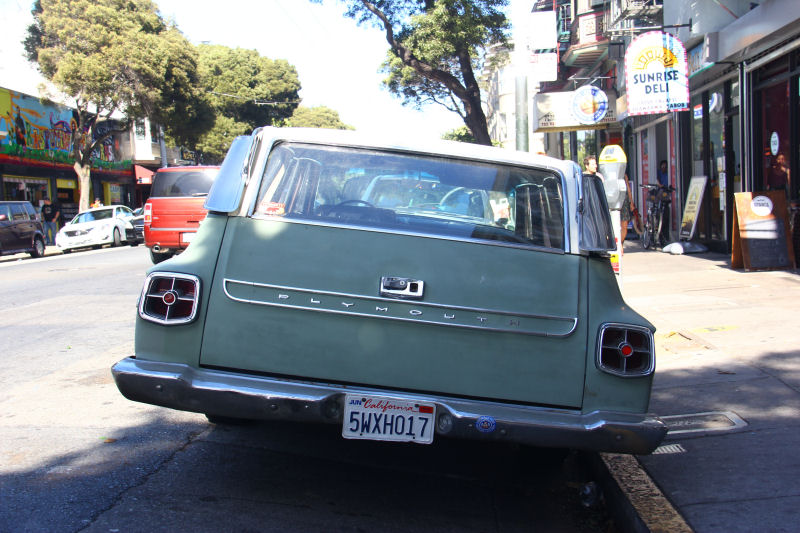 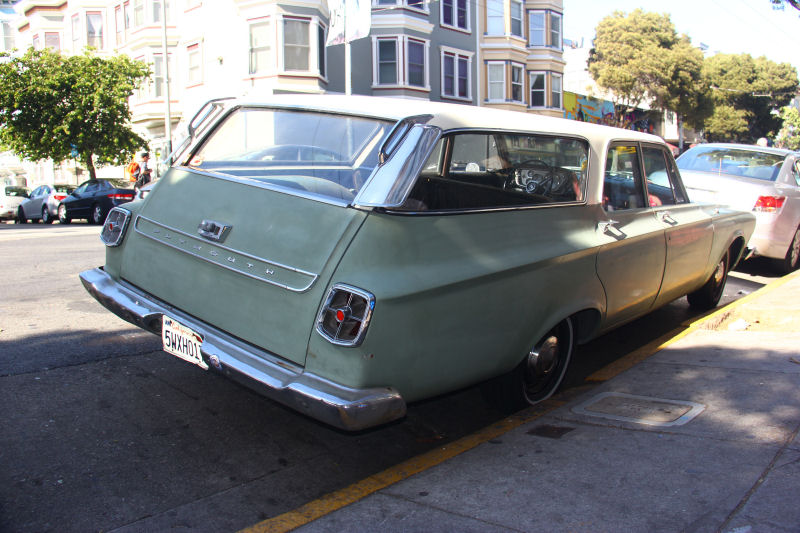 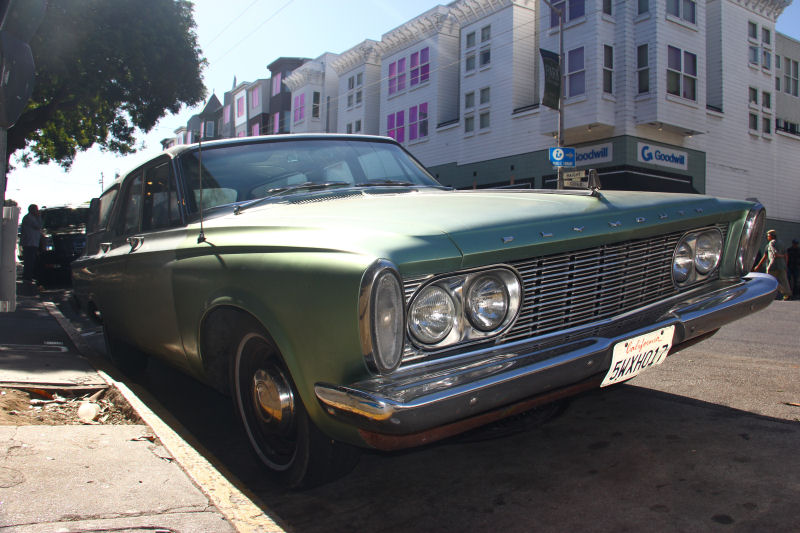 I really like the basic ornamentation on this car. Belvederes received just a simple chrome trim spear along the side, which I think is plenty. Out back, chrome air deflectors on the D-pillars scoop fresh air from the slipstream (for cabin ventilation with the rear window open?) and double as hand holds for loading a nonexistent roof rack. Black steel wheels with chrome dog dish hubcaps are set off by skinny white line tires. And of course it's light mint green. It's a perfect look for a vintage wagon. Curiously there are no model designation badges anywhere on the car, which forced me to do some research to determine exactly what it was. Furthermore, the Belvedere trim is completely absent on the passenger side with no mounting holes present. It leads me to wonder if this is in fact a Savoy wagon with Belvedere trim on one side. 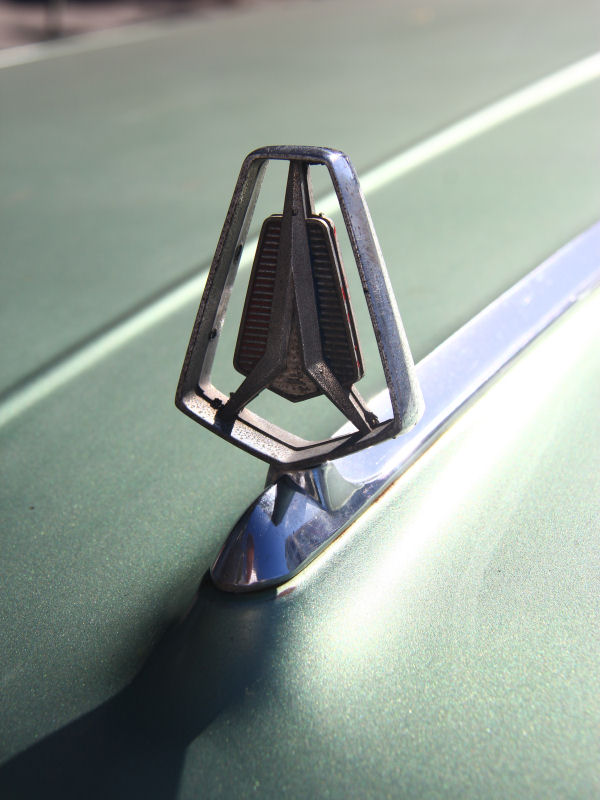 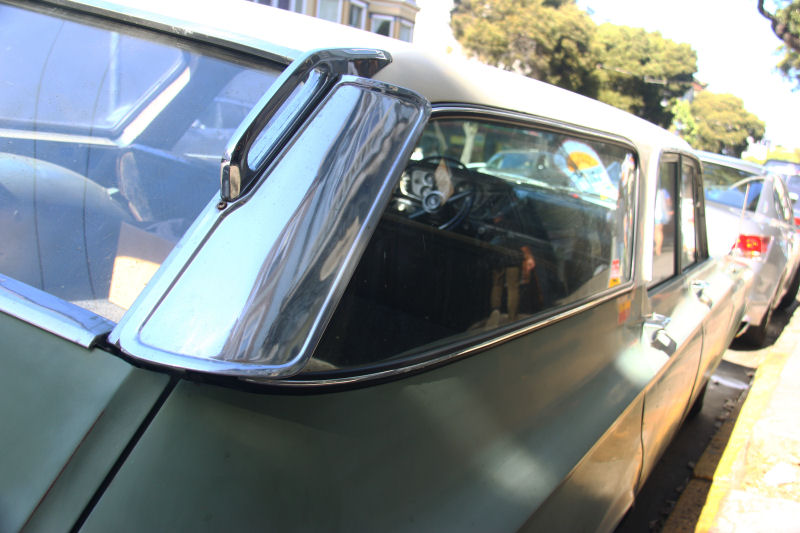 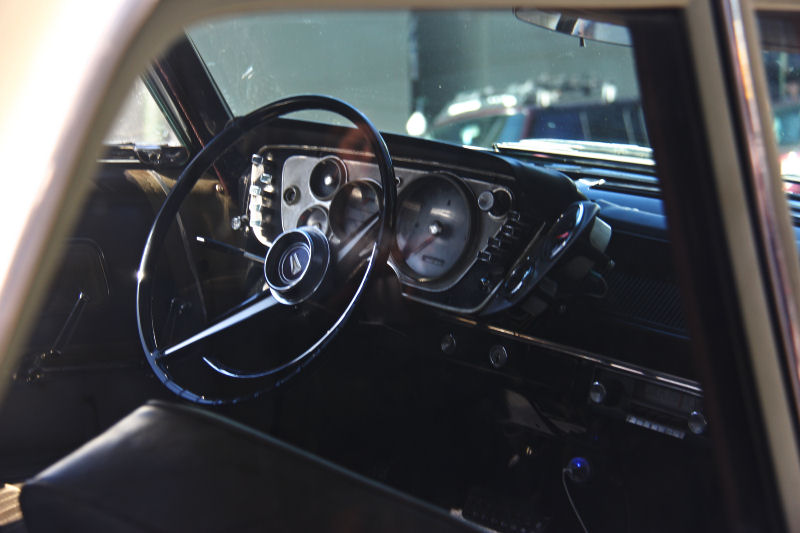 Ideally I'd like to see the quarter panel rust repaired, as that's starting to look rather serious on the left side. A repaint in the same metallic green as the left front fender would look fantastic.