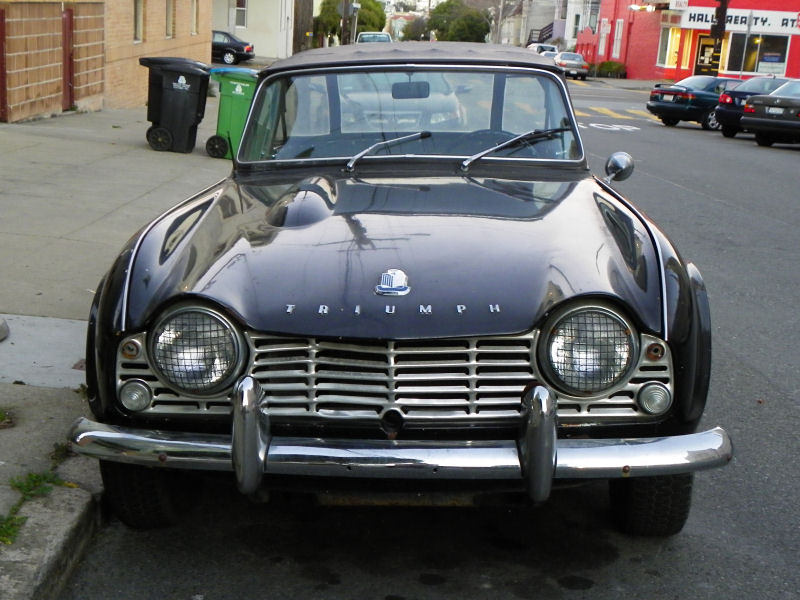 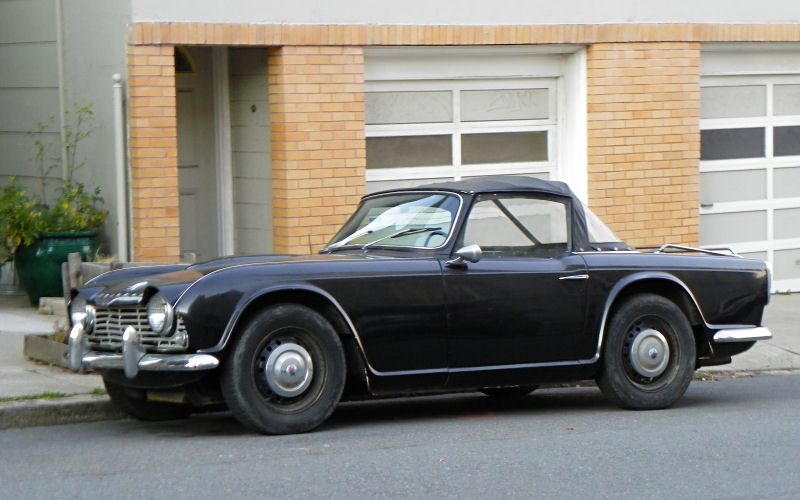 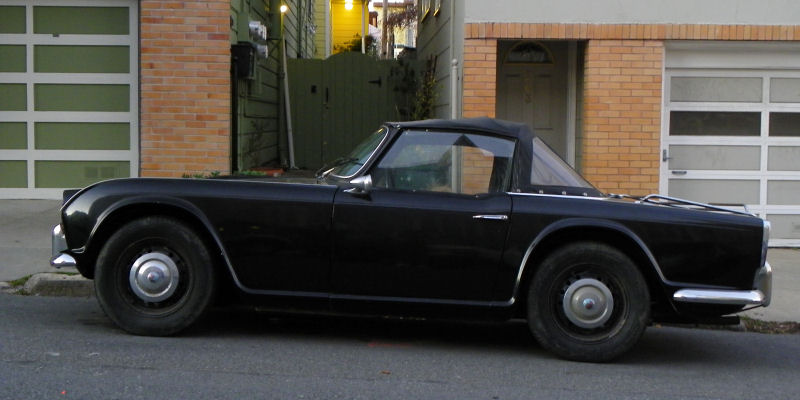 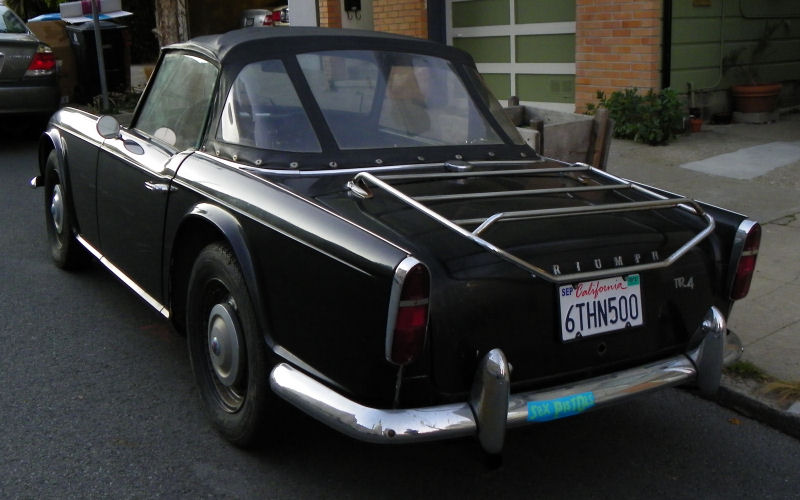 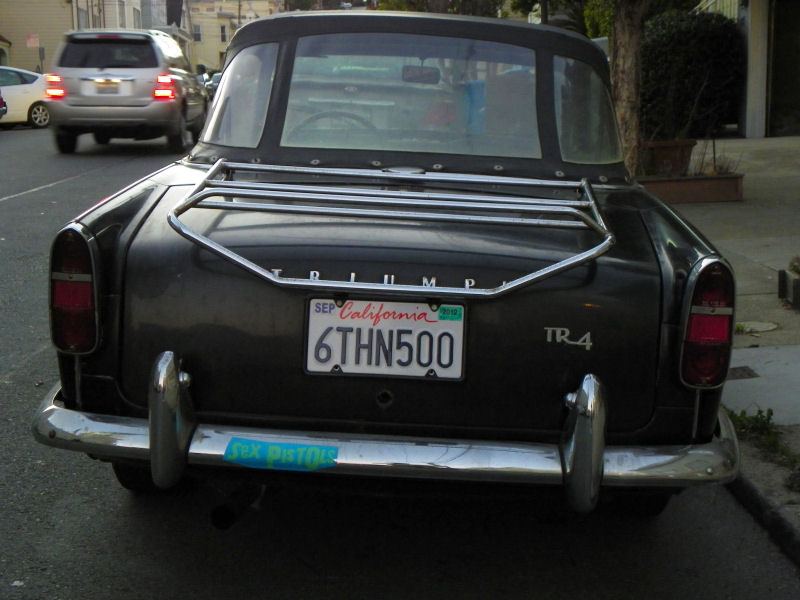 This Triumph TR4 is one such example. Unlike the last TR4 I featured, this car looks like it means business as a bona fide driver's car. Gone are the baby blue paint and wire wheels. In their place are no-nonsense black and standard 16-hole pressed steel wheels with plain hubcaps, as well as stone guards over the headlights. This car also sports a trunk rack for strapping down a bit of weekend luggage, begging to be taken out on the back roads of Sonoma County, perhaps for some exploration of the various wineries and bed-and-breakfasts (and it's just as well since the trunk lock is missing). And, as an oddly playful personal touch, the rear bumper has a Sex Pistols bumper sticker which stands out from the otherwise restrained car. 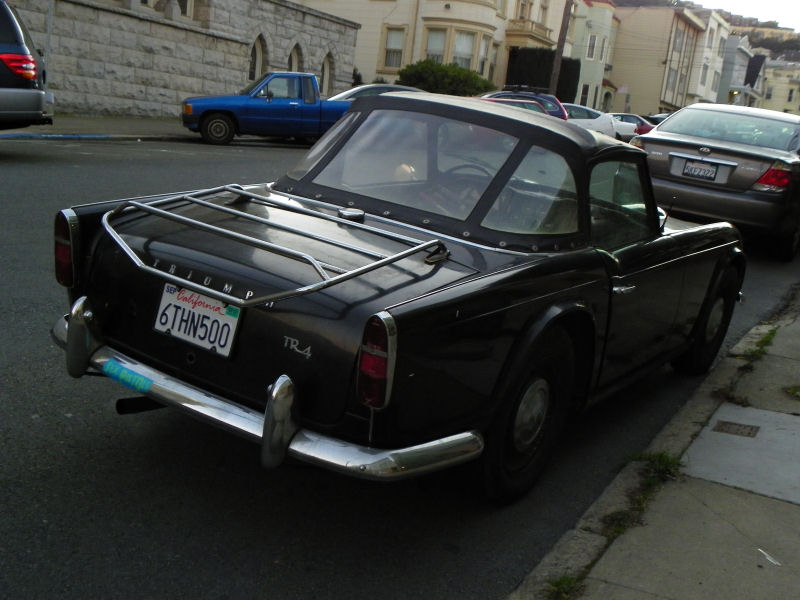 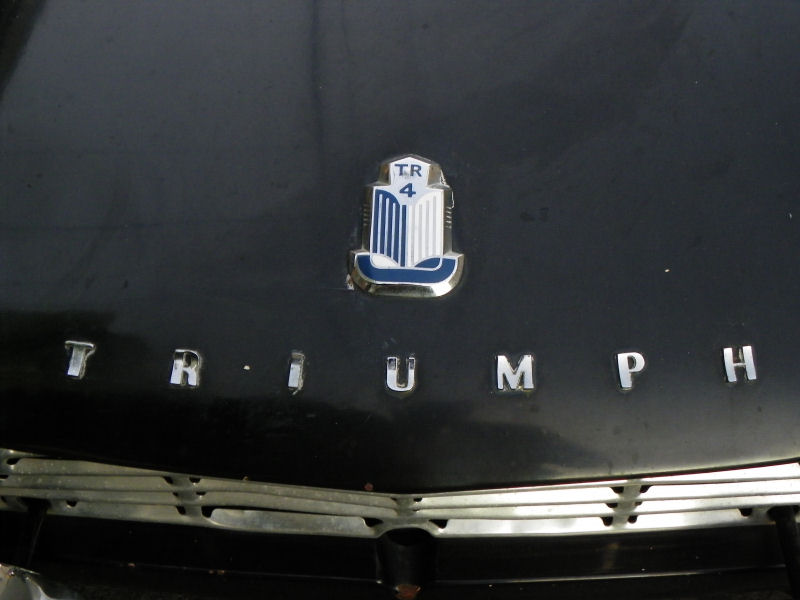 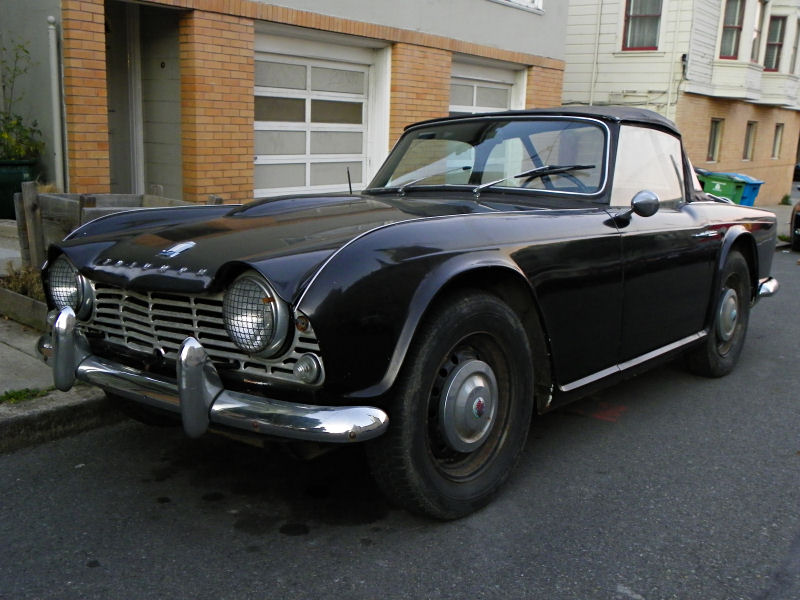 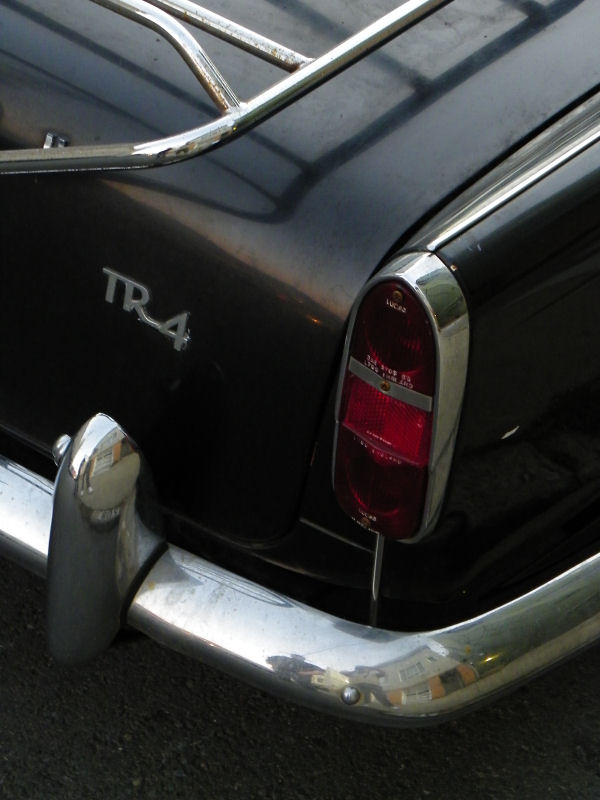 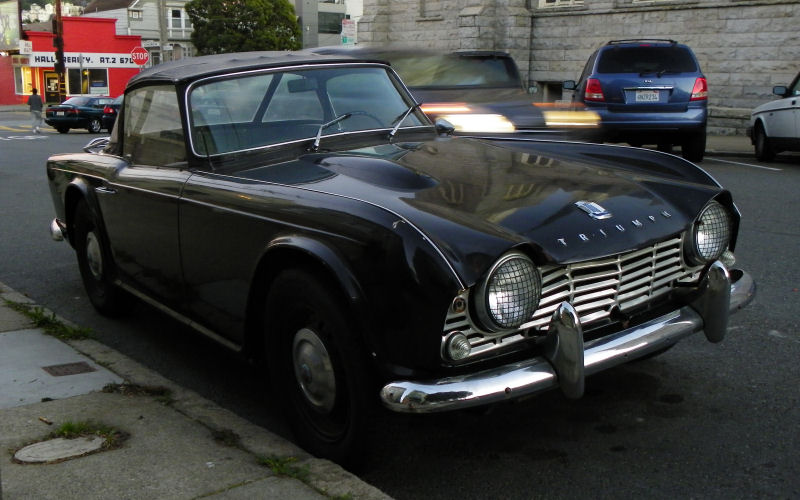 Dating these cars is frustrating. They're smog-exempt, so no emissions records are on file with the state, and they didn't change much over the four years they were built. I'm guessing it's fairly close to the other TR4 which I averaged out as a 1963 model. The license plate on this example is a very recent issue, implying that it was purchased by the current owner only a short time ago.
It makes me wonder, forty years from now, will people still be driving classic Pontiac Solstices, Lotus Elises, Honda S2000s and Mazda MX-5s in slightly rough shape as daily commuters in the city? Will such cars still be in style then as this Triumph is today? Or will we all be resigned to stupid automated commuter pods like in those bleak futuristic films? Some of us will still want to drive our own cars, to have the option of putting the top down and in many cases shift our own gears, and some of the next generation will want to do the same. Save the sports cars!
Posted by Jay Wollenweber at 5:30 PM