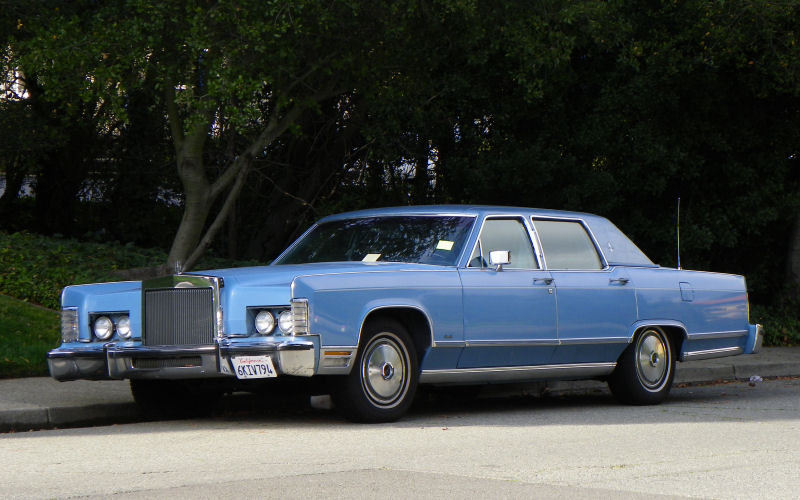 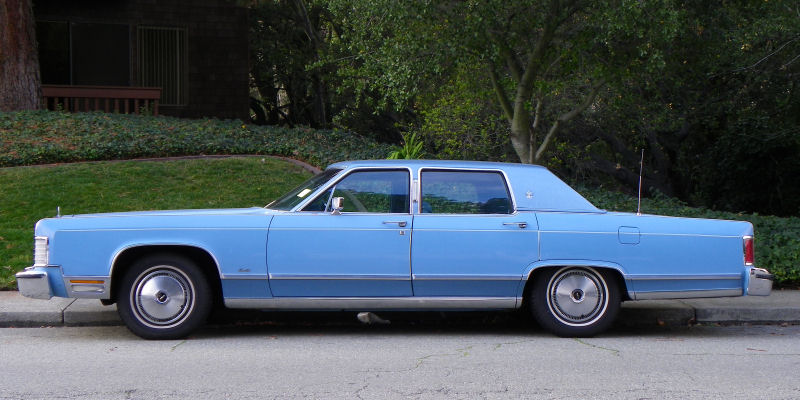 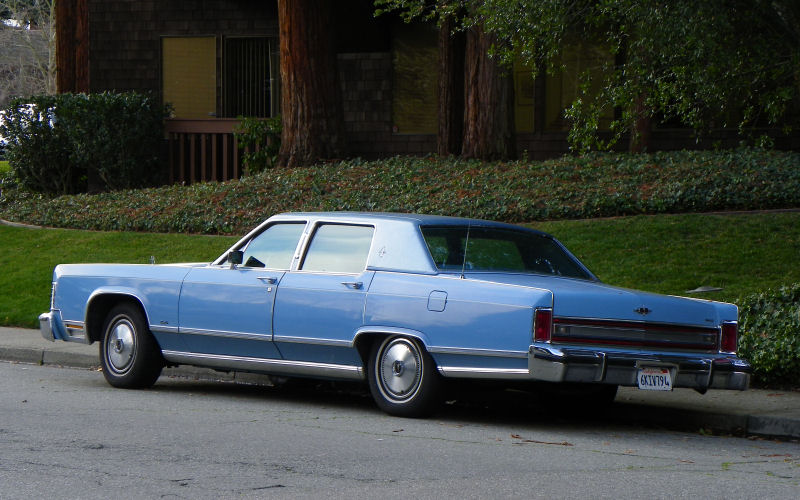 This 1978 Lincoln Continental Town Car is truly a dinosaur among dinosaurs. It was already a dying breed, as the basic body and platform dated to 1970. Lincoln designers had apparently realized the car's own obsolescence, as 1978 Town Cars finally lost their fender skirts. This was the final year for the hulking 460 V8. The Town Car was also the single largest factory passenger car in the world in 1978 -- GM had already downsized all their large cars the previous year, and the downsized "Panther" platform Ford and Mercury full-size cars would arrive just one year later. 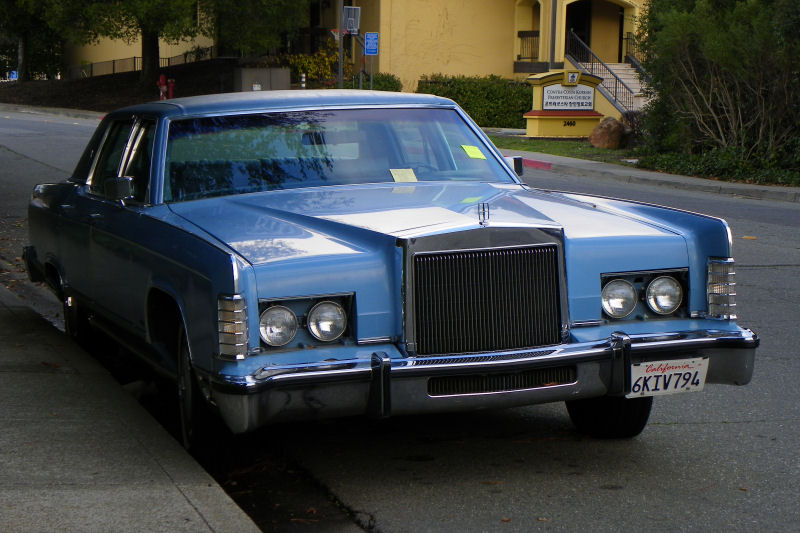 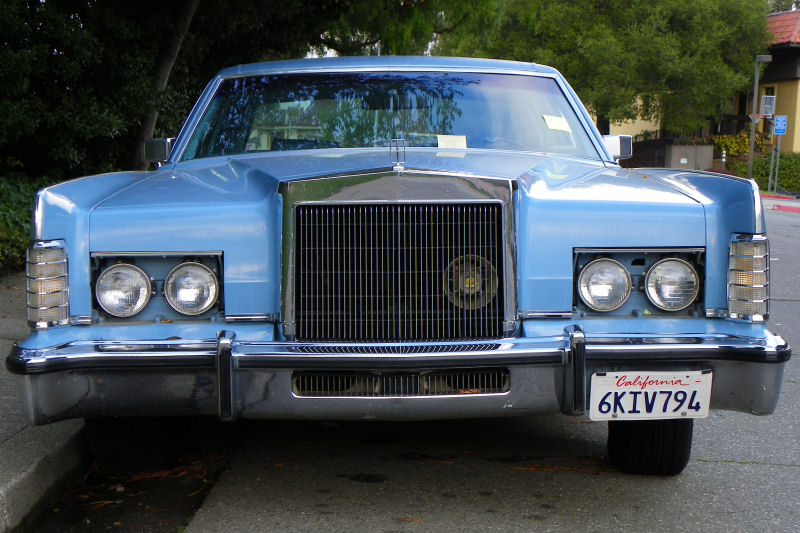 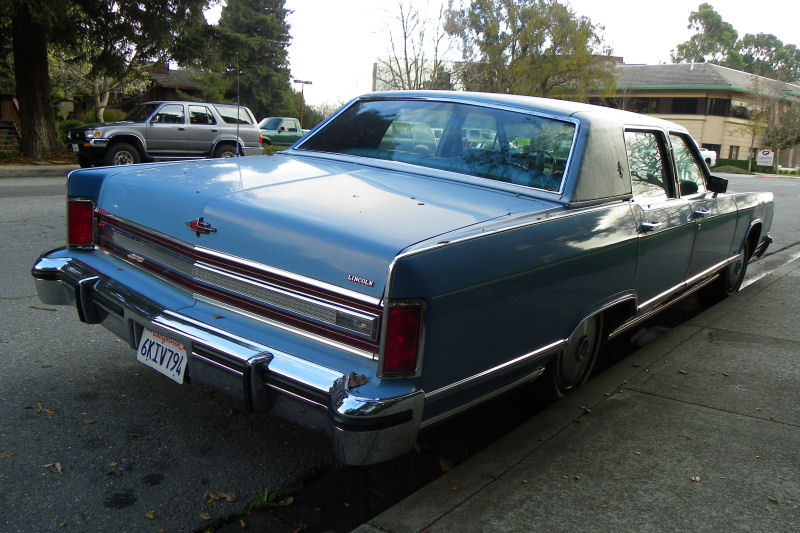 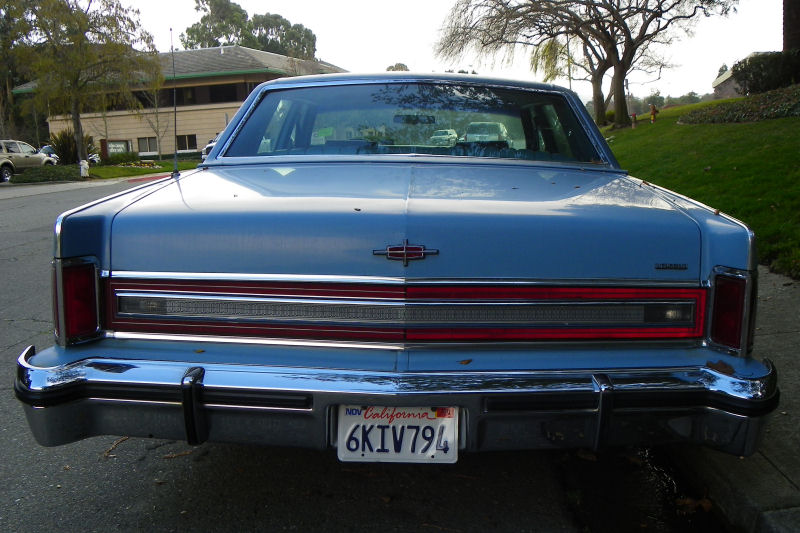 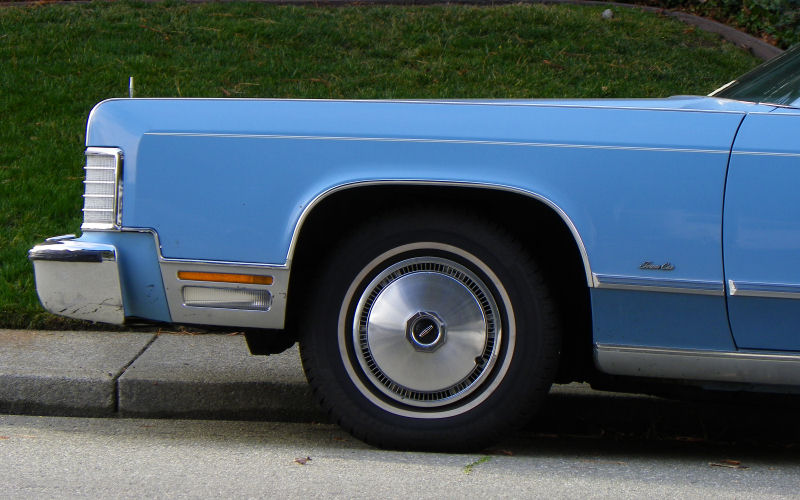 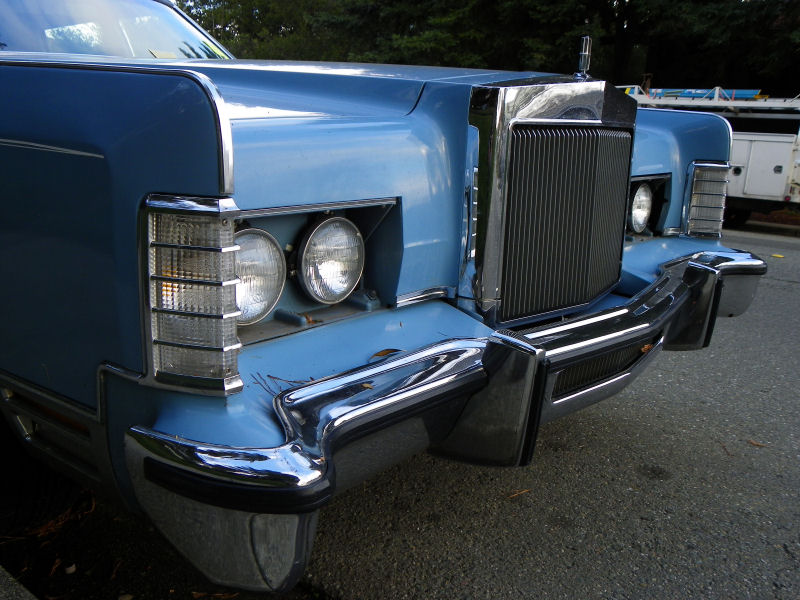 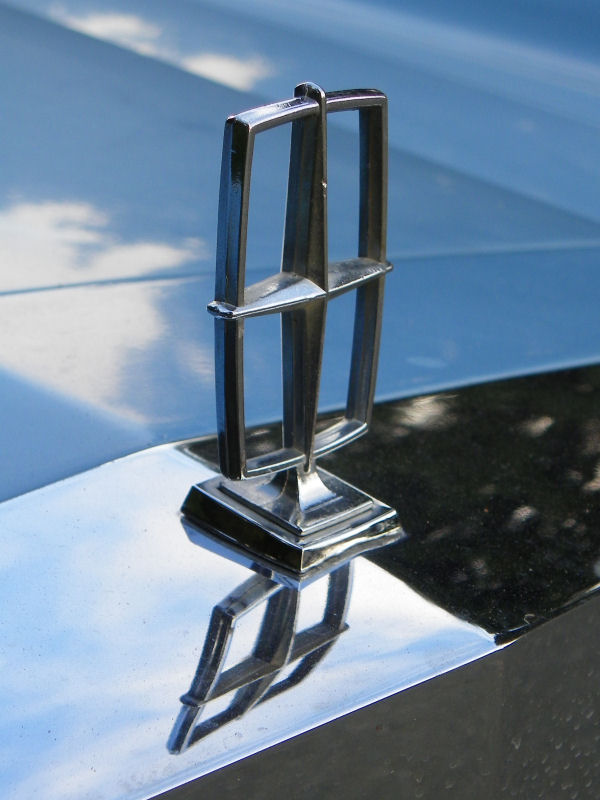 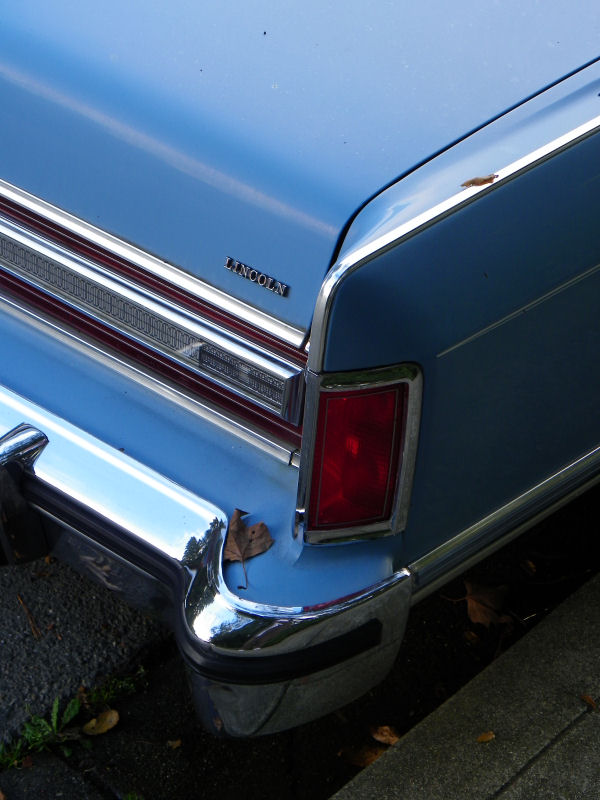 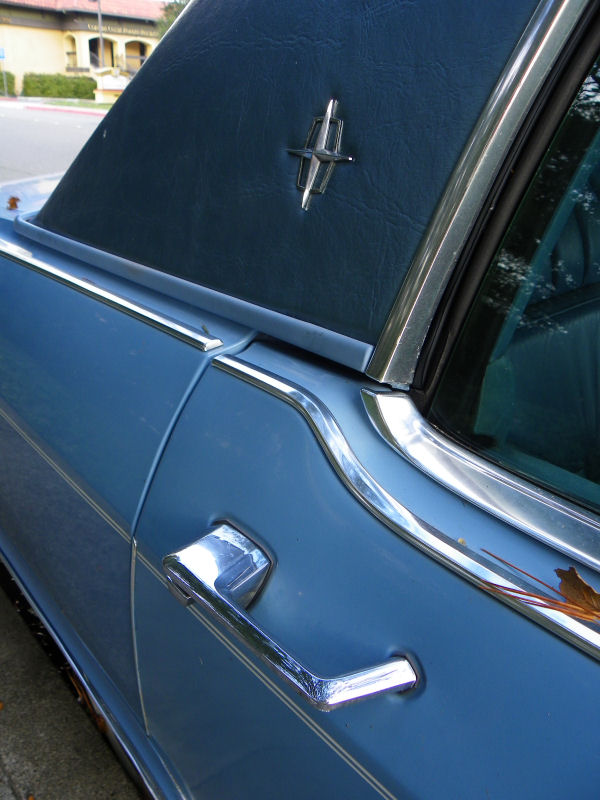 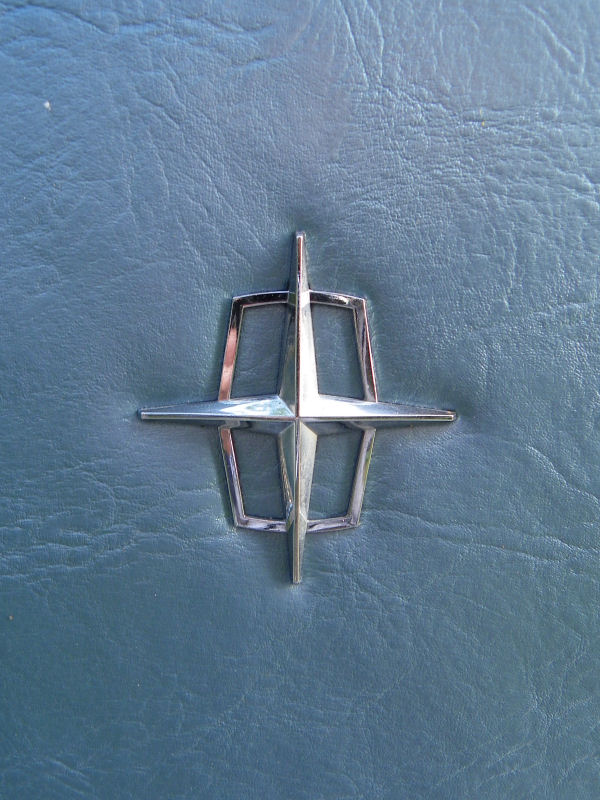 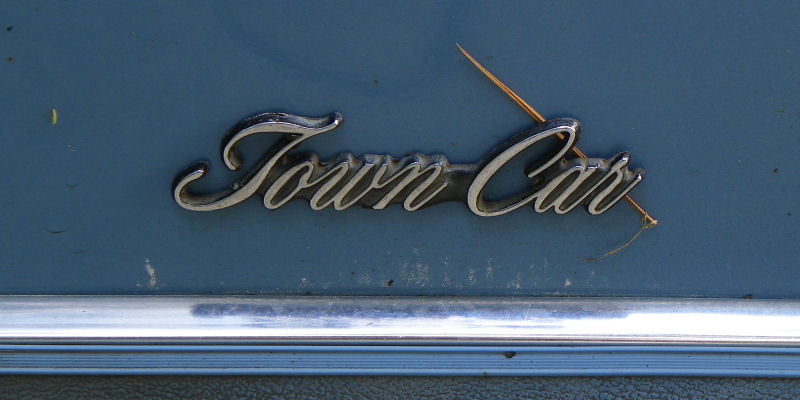 Looking at this example, one can see why these cars aren't made anymore. This was still the era where a padded vinyl top, whitewall tires and spongy springs (and of course an upright chrome grille patterned after Rolls-Royce) were considered luxurious. Note the massive body but relatively small glass area and passenger compartment. Some modern observers despise these late-seventies Town Cars, calling them ugly and absurd. I'm torn on them, since I don't consider them to be especially attractive (particularly with the headlamp covers open), but the absurdity factor appeals to me. Would I own one? Hell no! But my God, this one has been taken care of. Inside and out, it looks like a brand new car that just needs a wash and wax job. I'd bet it's a low mileage car. Normally I'd never have featured a car like this, but when I passed by it a second or third time and saw a tow tag on the windshield, I feared the worst. Surely someone wouldn't abandon such a clean Continental! After I photographed this car, I never saw it again. Out of curiosity though, I recently checked the plate number against California smog records and it was tested the month after I last saw it. And the best part? Not only is this baby blue boat still alive and kicking, but it can pass a California enhanced-criteria emissions test. Take that, greenies.
Posted by Jay Wollenweber at 4:15 PM