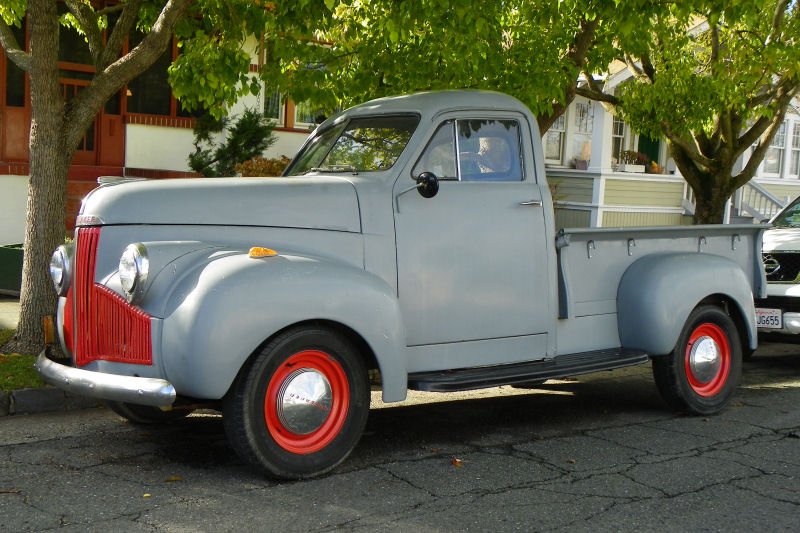 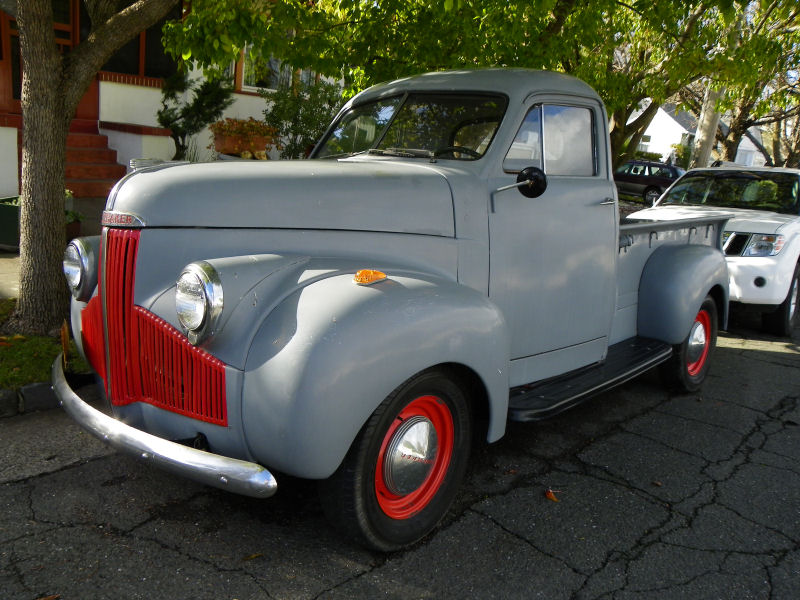 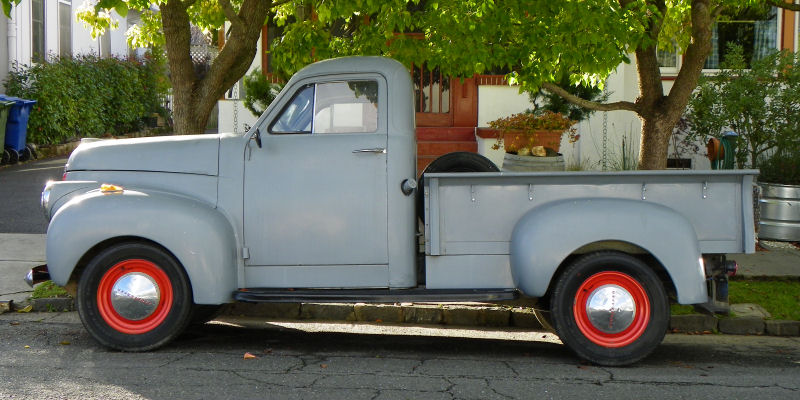 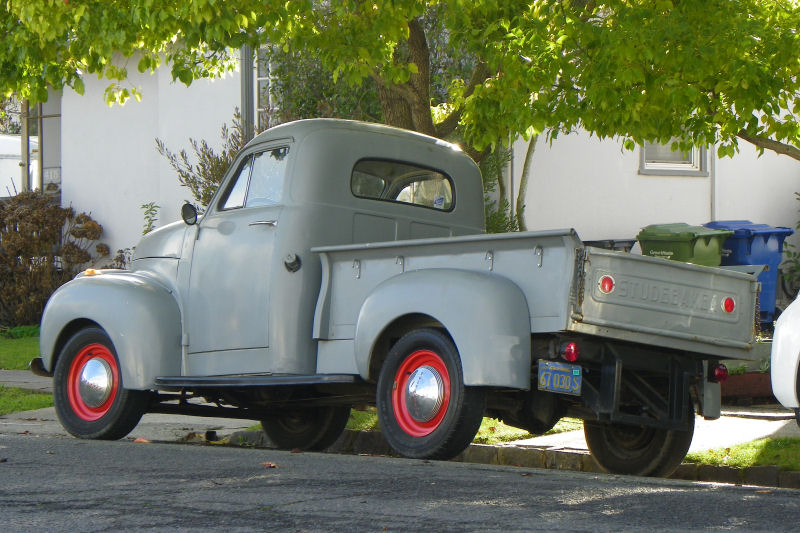 This is why I don't get much joy out of street shooting in Petaluma. It's a relatively quiet community, and while the houses are old and so are many of the residents, there aren't many good historic cars. I got lucky when I stumbled upon this 1947 Studebaker M-5 Coupe Express pickup truck, which is arguably one of the most unique pickups I've seen parked on a street. The vast majority of old pickups I see in this state are Fords and Chevys, with a smaller number of GMCs and the occasional Dodge surviving. Studebakers have become positively rare, as they were something of a niche player in the market from the very beginning. Some 52,000 M-series trucks were built in 1947, of which 23,000 or so were light-duty M-5 pickups. As was common, the Stude pickups had a six-cylinder engine, making them competitive with contemporary Chevrolet offerings (the Fords had available V8 power). This engine came from the Champion car, which also donated some body panels and interior components to the pickup. In a way, the M-5 was a style choice for buyers looking for a work truck that offered some carlike conveniences. 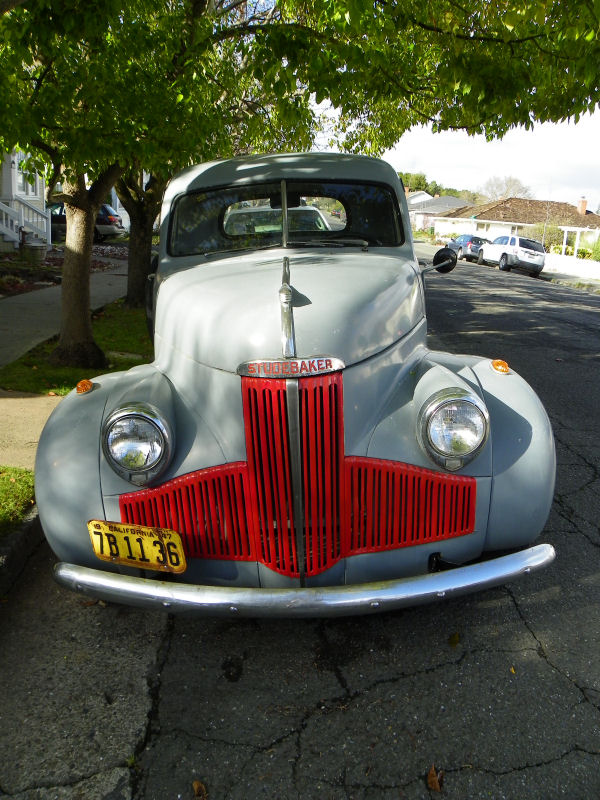 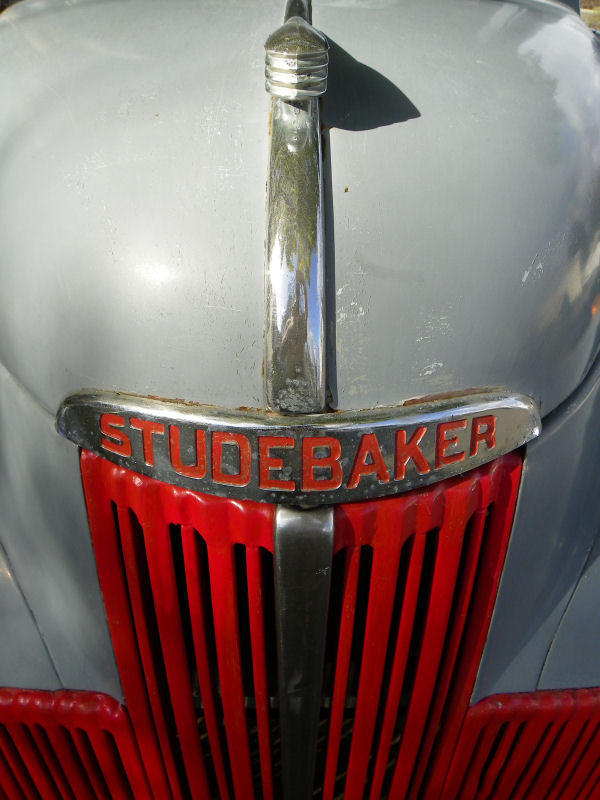 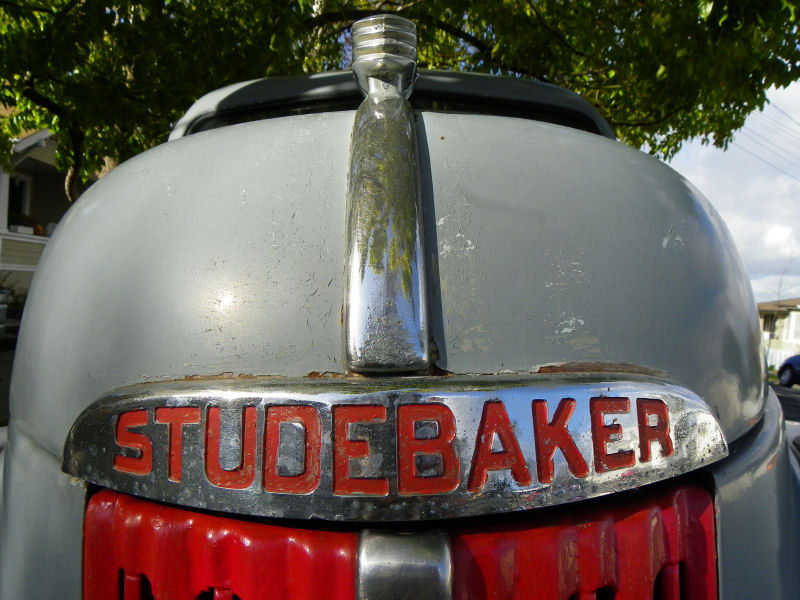 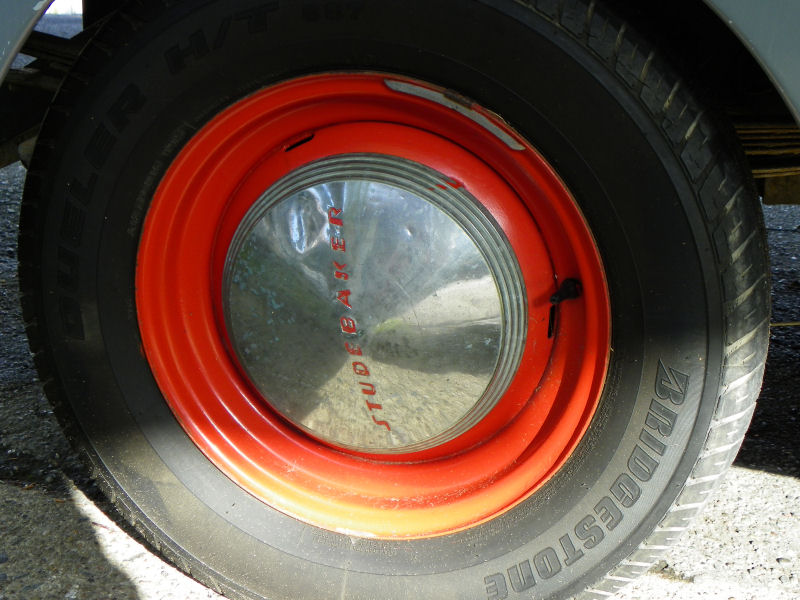 This M-5 Coupe Express has taken on a sort of "rat rod" look. I hate that term but I'm not sure how else to describe an antique vehicle painted in plain grey primer with red wheels and red grille. Perhaps "traditional hot rod" is a better term, but as it sits it merely looks like an old truck with some red bits. None of the paint is in very good condition, with surface rust peeking out around the edges and the primer crackling all over. It almost looks like there's still aged white paint under the primer. But then again, it could be an attempt to match Light Alleghany Gray. The reflectors on the fender top appear to be later additions, though some heavier-duty Studebaker trucks had some form of reflectors. Bodywork is surprisingly straight with no huge dents and no serious rust that I can tell. it appears to be possibly a mid-range truck, since it has a chrome front bumper and hood ornament but no rear bumper and no excess accessories.
I've always found these trucks interesting because of the tall cab with a low glass area. It's almost a caricature of a 1940s truck, complete with a mustache. I'm glad I stopped to document this one, since I'm not likely to see one again for a long time.
Posted by Jay Wollenweber at 12:00 AM