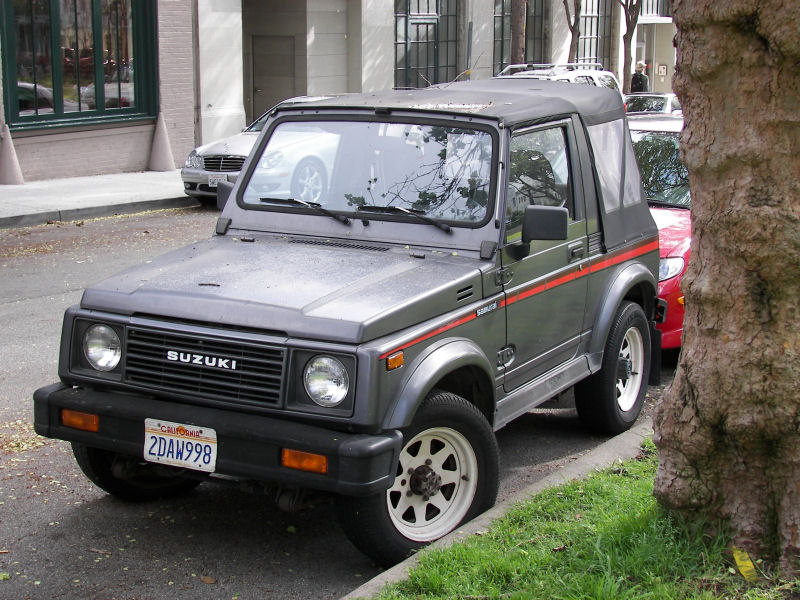 While we're on the topic of supposedly unsafe cars whose sales someone went out of their way to destroy, let's take a look at the Suzuki Samurai. I admit, normally I wouldn't write about something like this, but it seems appropriate and these little 4x4s aren't especially common anymore. Consumer Reports pretty much ruined the Samurai. It was a cheap, capable personal SUV that happened to have a high center of gravity and a short wheelbase. And to Consumer Reports, that equals flip hazard. Never mind that video evidence exists of them doing everything they could to force the truck to go up on two wheels. A photo in a print magazine doesn't capture the voices offscreen of staffers cheering when they get the results they wanted, rather than the results the vehicle would give under regular driving input. 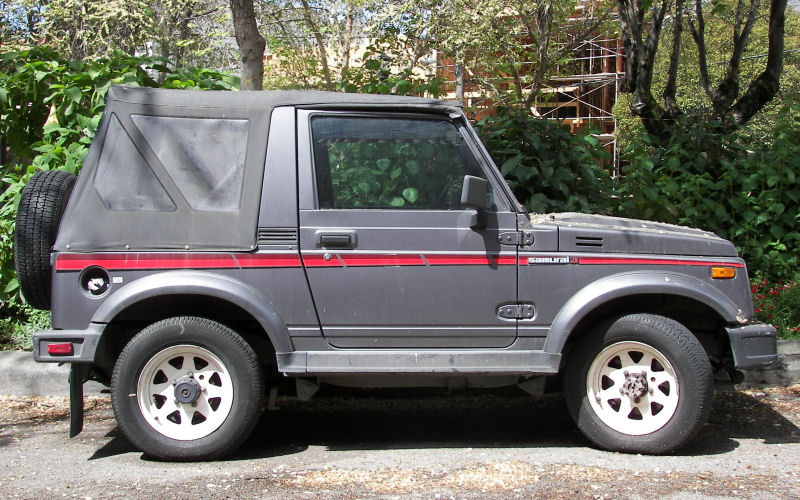 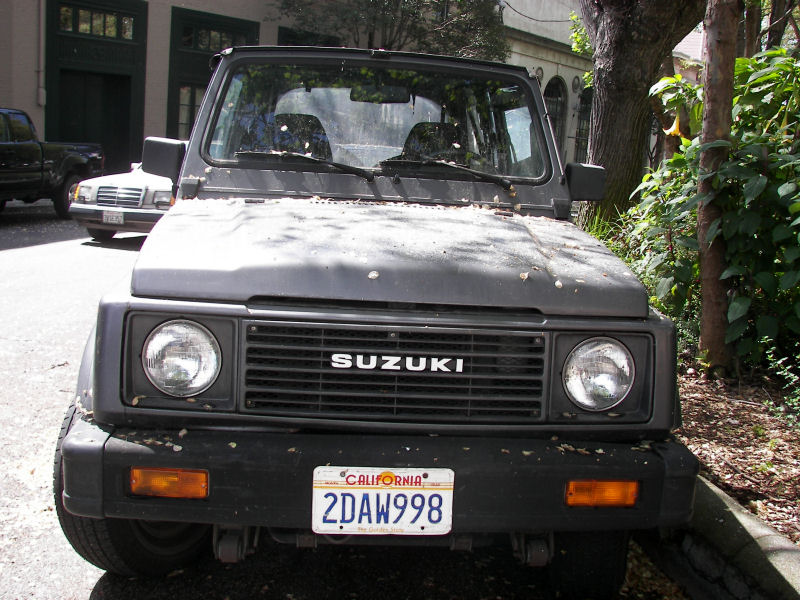 The Samurai was relatively popular in North America until it was rated "Not Acceptable" and called a safety risk. Sales were slashed more and more each year, and Suzuki was pissed. Consumer Reports continued to use their deep-six of the Samurai as a bragging right for years afterword. It's entirely possible that they are the main reason Suzuki no longer has much brand presence in the United States. Well... that, and no car Suzuki has sold in the US since in the last decade has been particularly memorable. A lot of people have forgotten that Suzuki still makes cars. On the other hand, Suzuki faced more than 200 lawsuits over rollover accidents involving Samurais over the years, so it is possible there was some truth to Consumer Reports' findings after all... 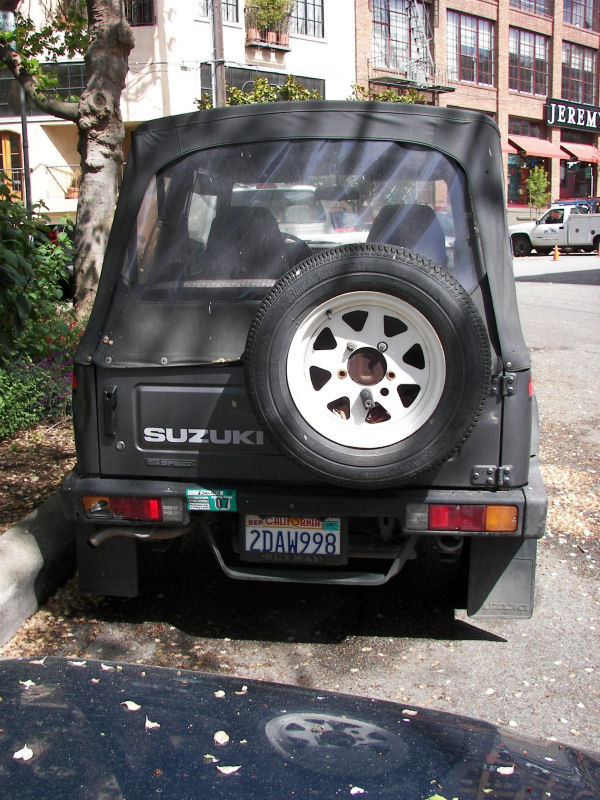 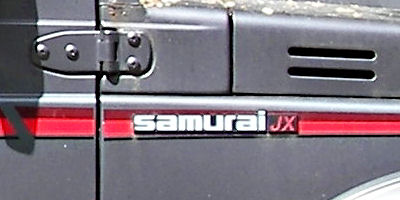 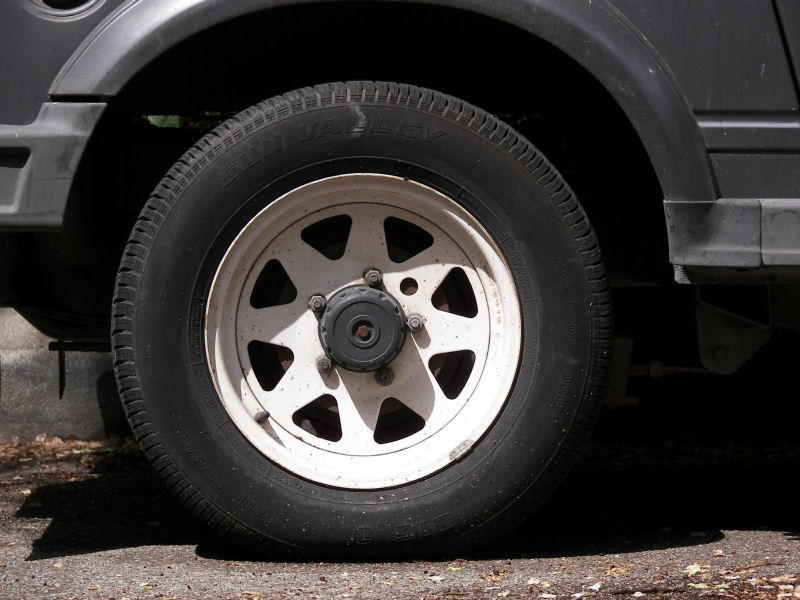 This Sami is a 1987 JX model, equipped with a 1.3 liter 4-cylinder engine hooked to a 5-speed manual transmission. It seems to me that a Samurai would be a good 4WD vehicle for a person living in the city where parking space is at a premium, and where frugal fuel economy is very important. If you're careful on the hills, you should be fine. This one looks like it has a lot of life left in it (or at least did when it was photographed in 2007) and according to California smog records is still on the road.
Posted by Jay Wollenweber at 12:00 AM