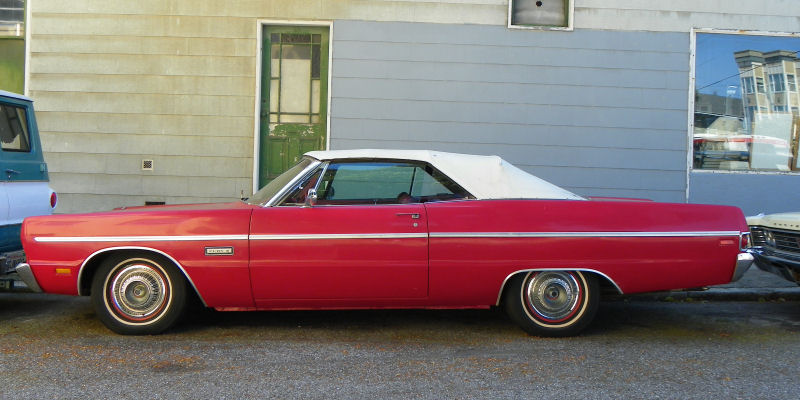 A lot of people today will easily recognize the 1969 Plymouth Fury, but not necessarily because it's a collectible classic. The fact is, a two-door '69 Fury is a common background prop vehicle in many levels of the popular zombie-shooter video game series Left 4 Dead. There are certainly more of them lying all over the place in that game than there are in the real world. 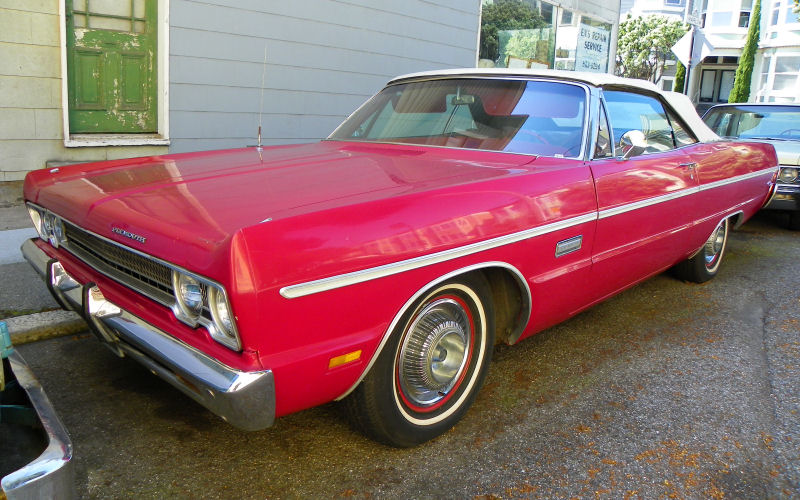 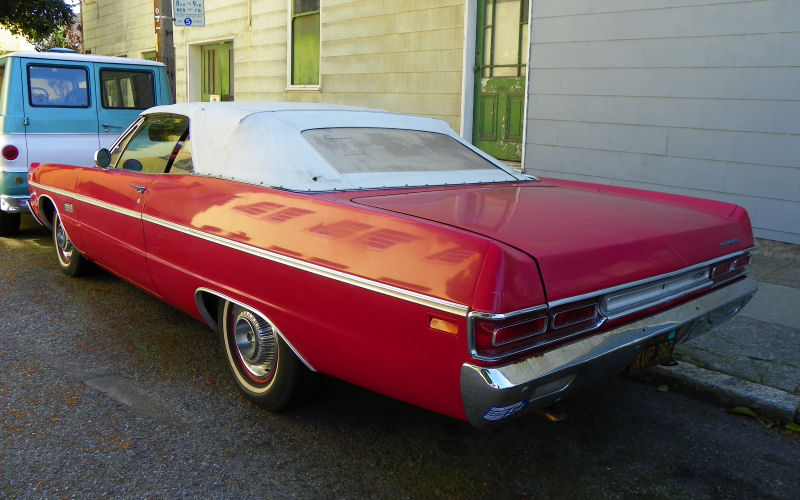 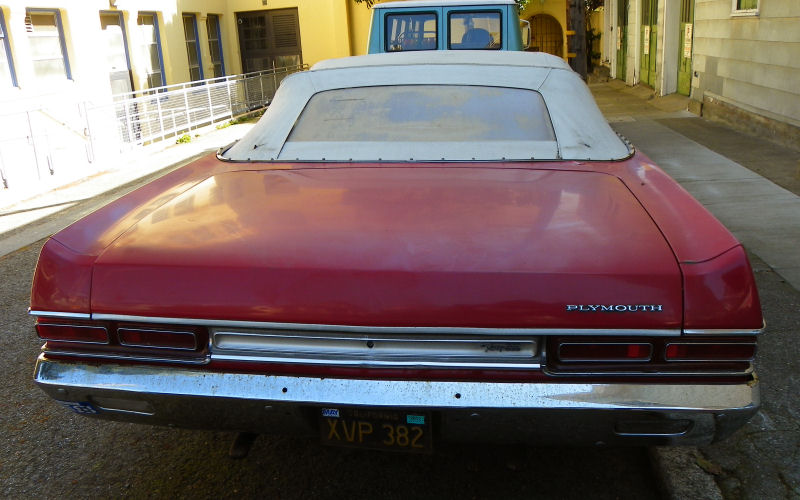 This is a less common variety of Fury, the top-line Fury III convertible. I've long thought that 1969 was one of the best years for Chrysler Corporation, because they had a lot of designs that ranged from inoffensive to freaking fantastic. I think 1970 was the tipping point, when slab-sided "Fuselage" styling really took over (this is an early example of the theme) and the popular muscle cars started to get a little weird (and in the coming Malaise years would become glorified personal luxury coupes). I rather like early Fuselage cars such as the Fury, because it's big and elegant without being gaudy. If anything, I find the styled wheelcovers to be the most fussy detail of the car. And the Fury script emblem on the taillight panel is one of my all-time favorite car badges.
Based on a quick visual inspection this one looks to be in great shape, with mostly just cosmetic issues. It needs the paint on the trunk and hood buffed back to a nice shine, and could definitely use a really good bumper polish or better yet, a re-chrome. The white convertible top has a hole in it and really should be replaced, especially since it's an invitation to thieves and the plastic rear window is so crazed and yellowed it presents a visibility hazard. 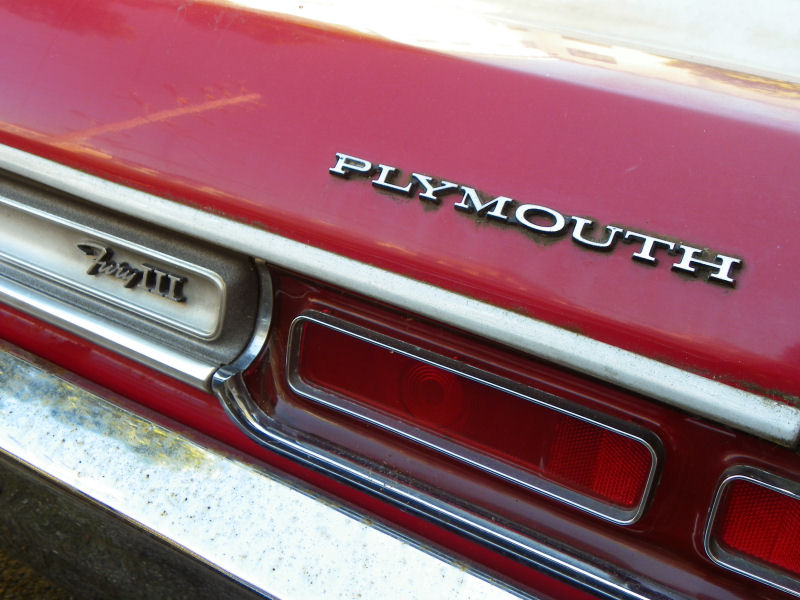 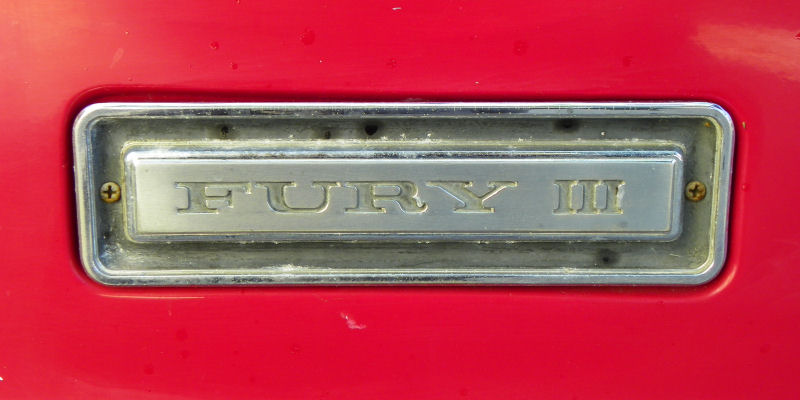 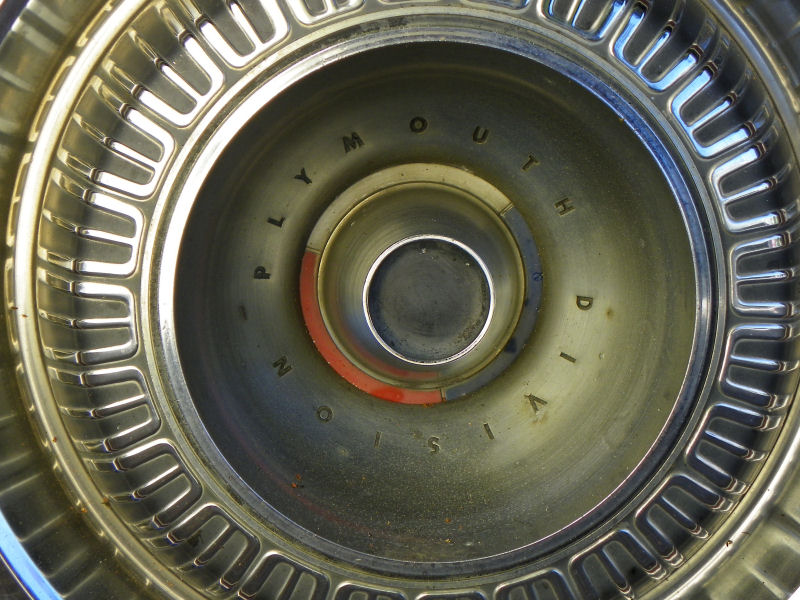 Would I drive this red-on-red V8 boat? I wouldn't own it, but it sure would be enjoyable to drop the top and cruise in the California sunshine, and I wouldn't say no to a chance to do just that.
Posted by Jay Wollenweber at 12:00 AM