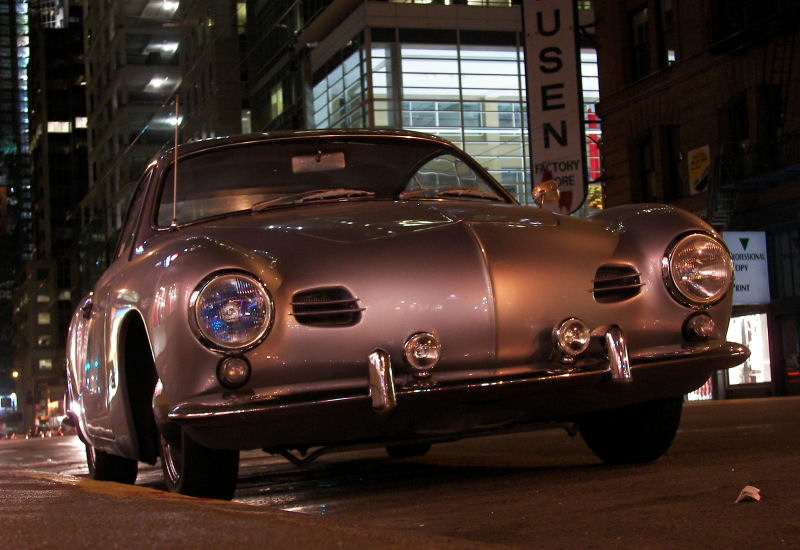 Old European cars frustrate me. I hate when I can't correctly place a vehicle's year, or sometimes even the decade of manufacture, because it doesn't have little superficial details so commonly employed on American cars to keep them fresh year after year. Volkswagen used to pride themselves on how little they altered the styling of their cars, and that brings us to this early Karmann Ghia.
The VW Type 14 Karmann Ghia was produced for 19 years, beginning in 1955 and ending in 1974. Like all Volkswagen products of this era, the Ghia was changed just enough to comply with safety regulations and make the car function better. And rightfully so - the car was penned by Ghia and hand-built by Karmann, with a level of style and quality that earned it praise from a number of sources. 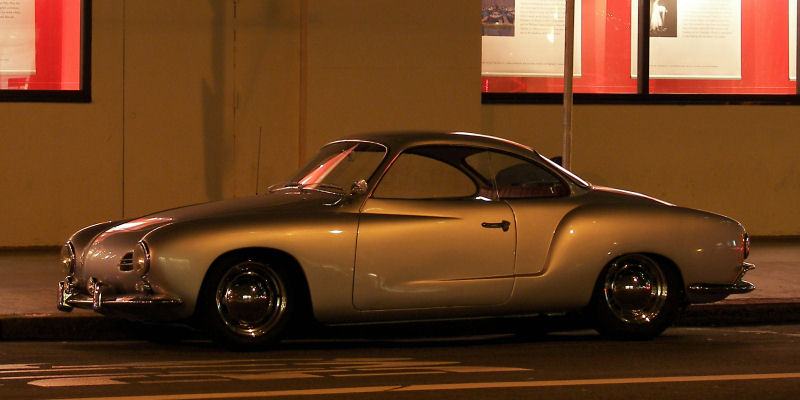 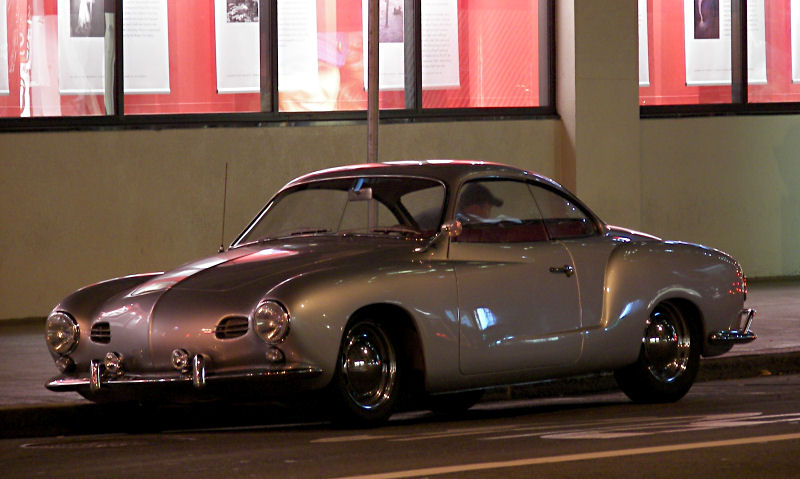 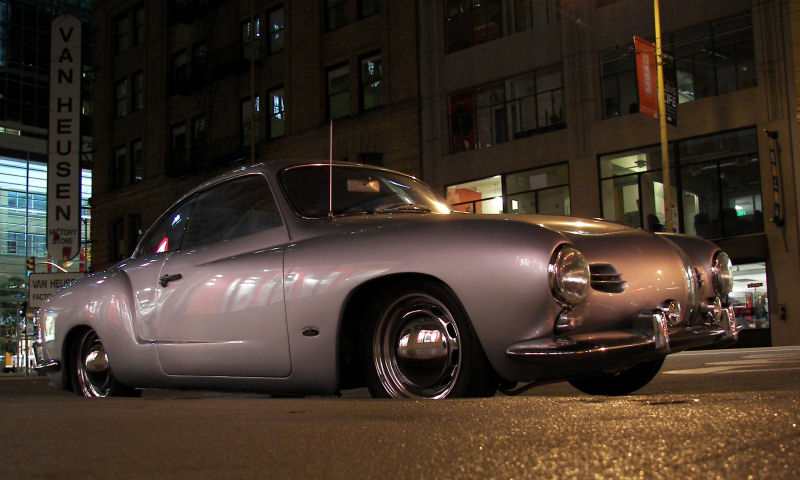 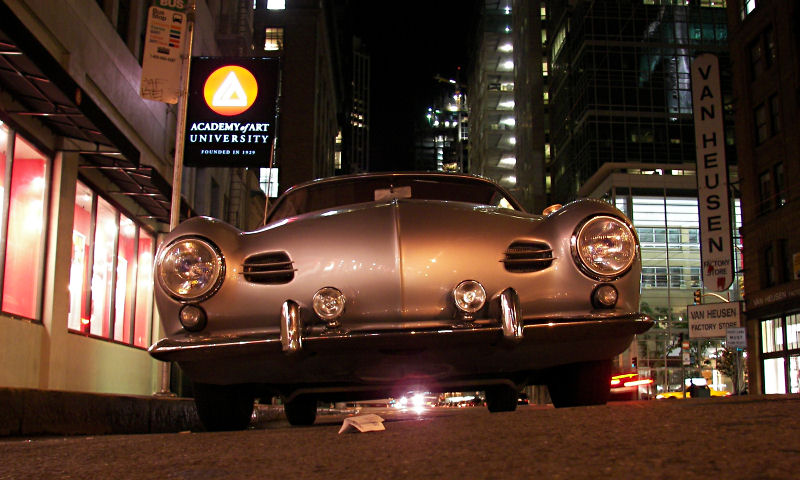 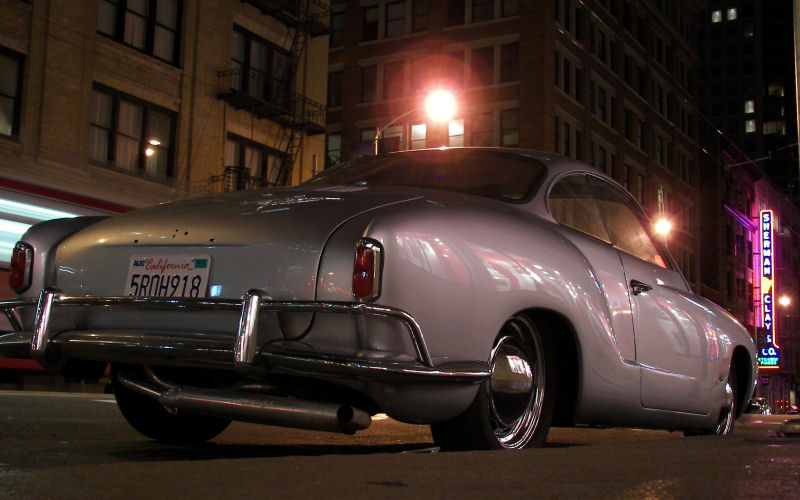 Karmann Ghias are still relatively plentiful and can be found in all manner of condition, but the pre-1960 ones are becoming rare. This car was built somewhere between 1957 and early 1959 based on the dipping front fender line and low-mounted headlamps and late-'57-on bumper over-rider tubing. I split the difference with an estimated age of 1958 (anyone who can pinpoint the year is welcome to correct me). This example also appears to have been undergoing customization at the time I saw it, with a new exhaust system and various accessories like fog lamps, a wood-rimmed Nardi steering wheel and a modern stereo head unit. 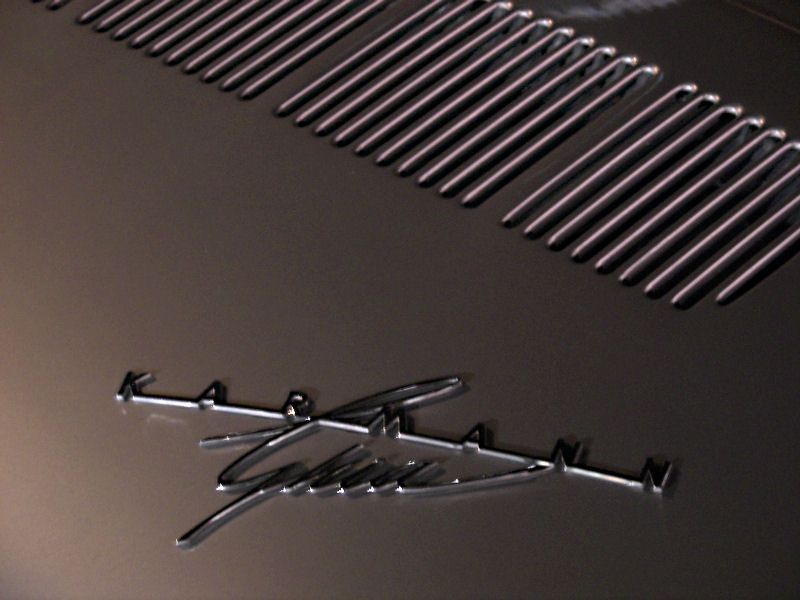 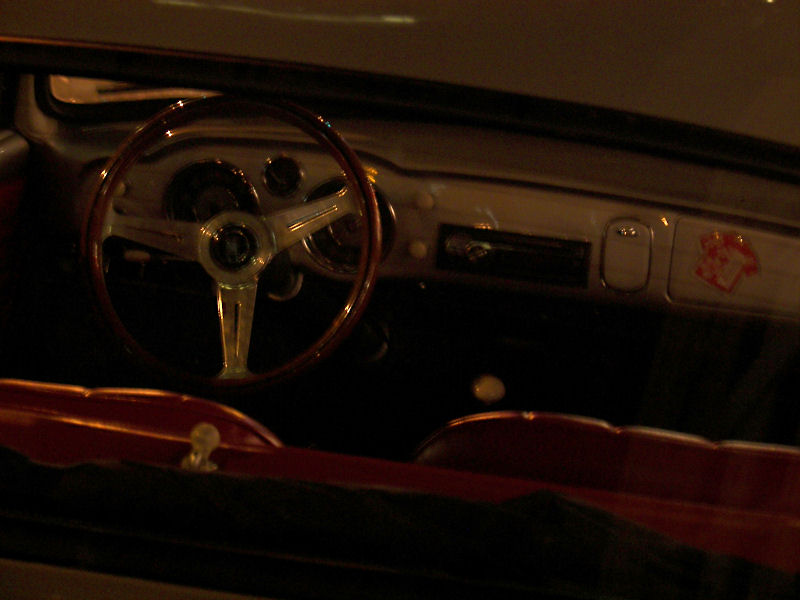 I enjoy night shoots when the lighting is sufficient, and I think this came out reasonably well, considering that I had no tripod and used my old camera. It might have been nice to shoot in the daytime, but some cars just take on a whole different feel at night.
Posted by Jay Wollenweber at 12:00 AM