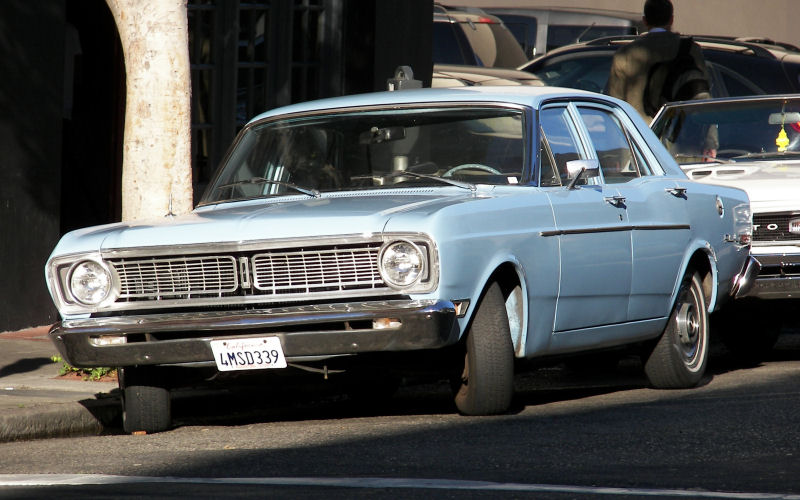 It's a funny thing about the American Ford Falcon, that a lot of people forget that it was still produced after 1965. Of course our Aussie friends will tell you that the Falcon never went away, but in the US it's getting harder and harder to find the late model 1966-70 Falcons. Perhaps it's because in the rush to modernize while minimizing cost in the mid-sixties, the Falcon lost what style it had. I suspect that a little thing called the Mustang had something to do with it. Why eat into the sales of a cash cow? The Falcon was still around at a lower price point, and last I checked, it wasn't possible to buy a four-door Mustang at the time (unfortunately a four-door Thunderbird was available, ugh). Lord knows how many of these nondescript econoboxes rolled out of the factory over the final five years of production, but the vast majority of them seem to have been used up and scrapped long ago. 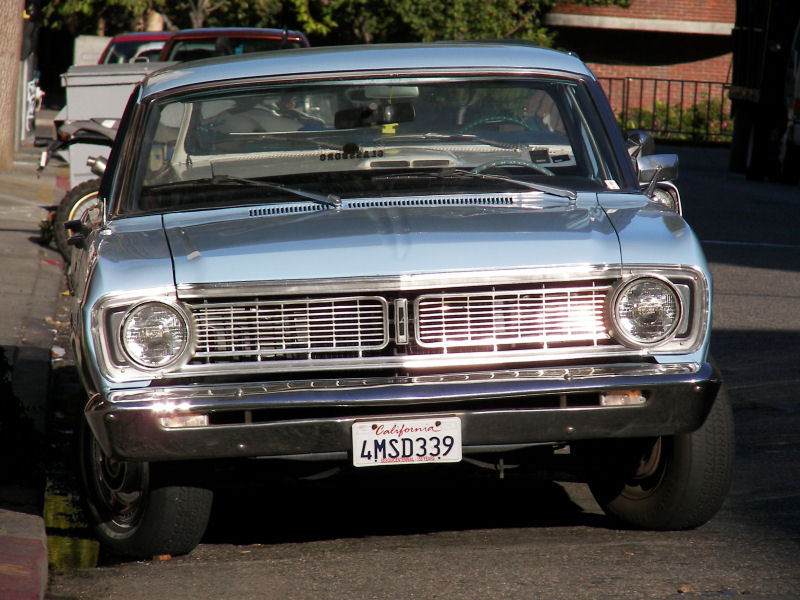 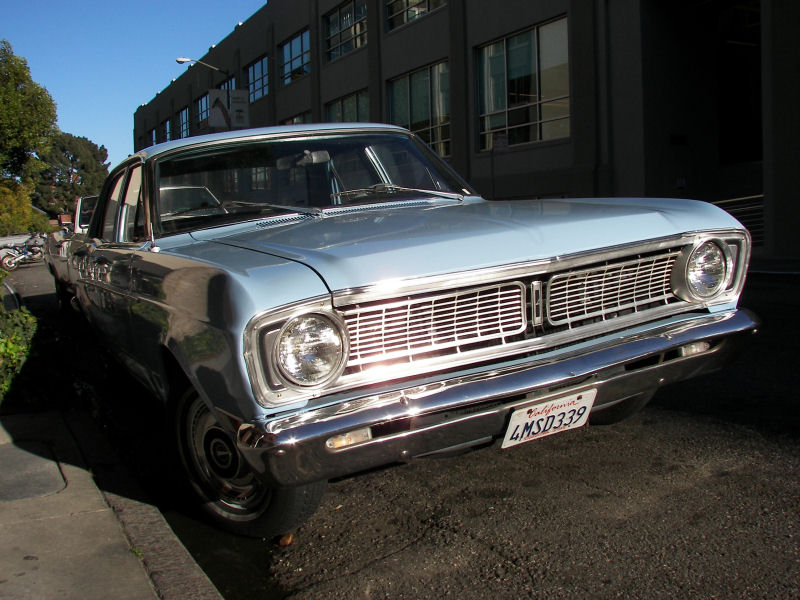 I know exactly two people who have owned a Falcon of this generation at some point in their lives. In the last five years I've seen one coupe, one sedan, one Ranchero pickup and two station wagons. That's all that I can remember. This was also one of the few Falcons I've seen that I had to get up close to before I recognized it as such. The older models are much more distinctive looking. From what I can see, the Falcon was one of the last Fords to adopt the corporate styling theme of rectangular taillights, finally receiving them in 1968 (Many Fords got them in '65). The side markers, badges and rub strips on the side all look like tacked-on afterthoughts, which probably isn't far from the truth since the basic design was already baked in by 1966. By the 1969 model year, Ford had given up trying to refresh the design and didn't even change it enough to warrant new brochure pictures for 1970. Weirdly, the powers that be introduced a "new" Falcon midway through the 1970 model year which was in fact a bargain-basement version of the larger Fairlane. It was only put on sale for half a year before it was put out of its misery. 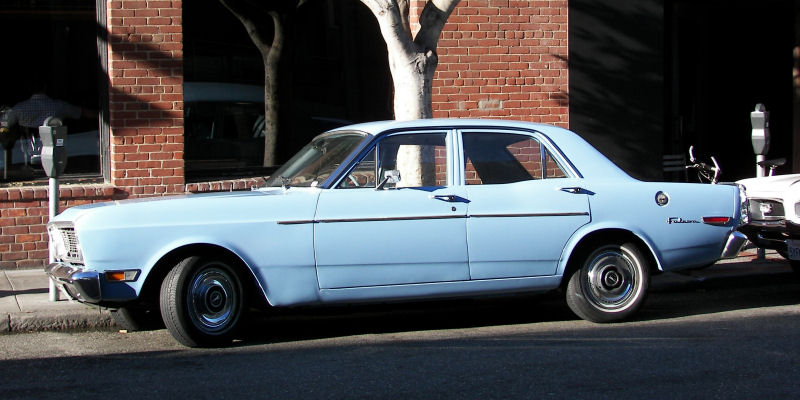 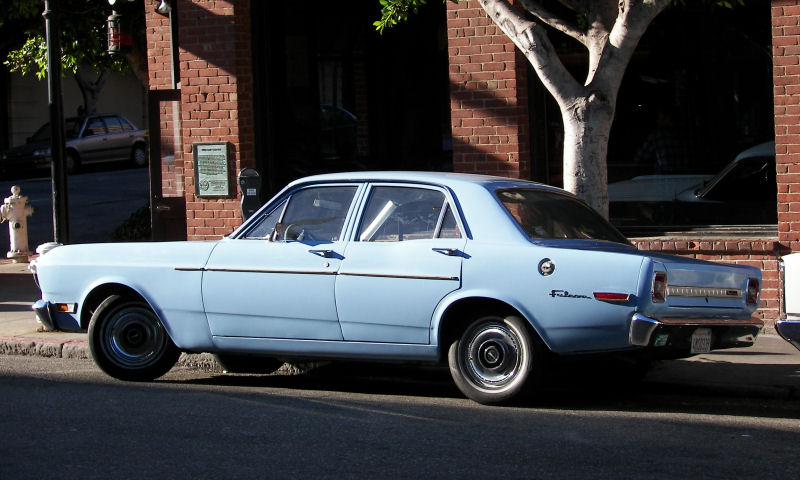 This particular example is in pretty good shape, wearing a generic baby blue color that wouldn't look out of place as a background vehicle in a highway scene in CHiPS. The front fender might have a lot of Bondo in it, since it's lumpy enough to look strange in the late afternoon light when these pictures were taken. I know this post reads like I'm ripping the poor car a new tailpipe, but it just doesn't have much style or character. That's not its fault or the owner's fault, it's what happens when you design and build a car to meet a low price point. Regarding the owner, I actually give him/her some credit for driving a late '60s domestic compact sedan that isn't a Dodge Dart or Plymouth Valiant. In San Francisco that's pretty uncommon.
Posted by Jay Wollenweber at 12:00 AM