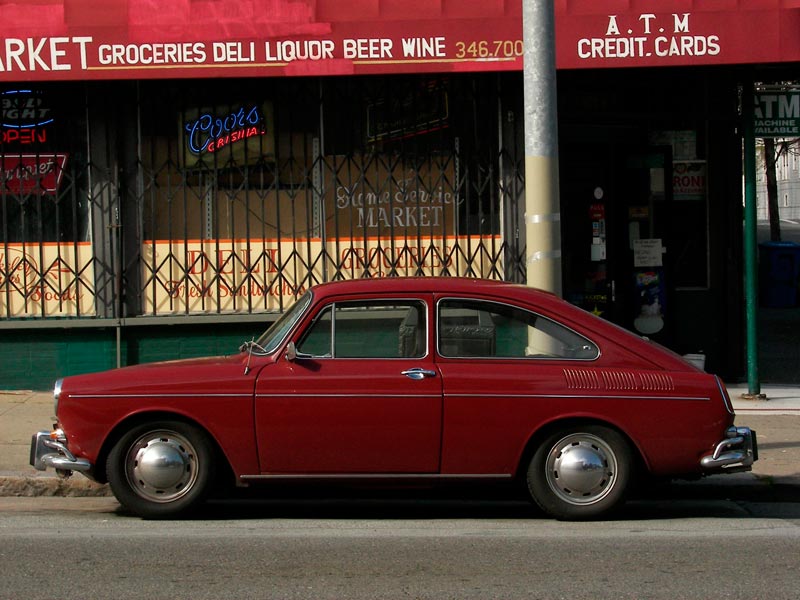 I've always thought there was something inherently cool about the Volkswagen Type 3. For one thing, it isn't a [Type 1] Beetle. I've seen just about every different variety of Beetle one can imagine, and it's just too generic for me. I'm not wild about the [Type 2] Microbus either, unless it's something rare like a late-50s 21-window model or a pickup. But the Type 3, with its 2-door "Squareback" wagon, fastback coupe and notchback sedan body styles, is the classic VW that holds my interest most. A sporty roadster, the Type 34 Karmann Ghia, was also based on the Type 3 platform. 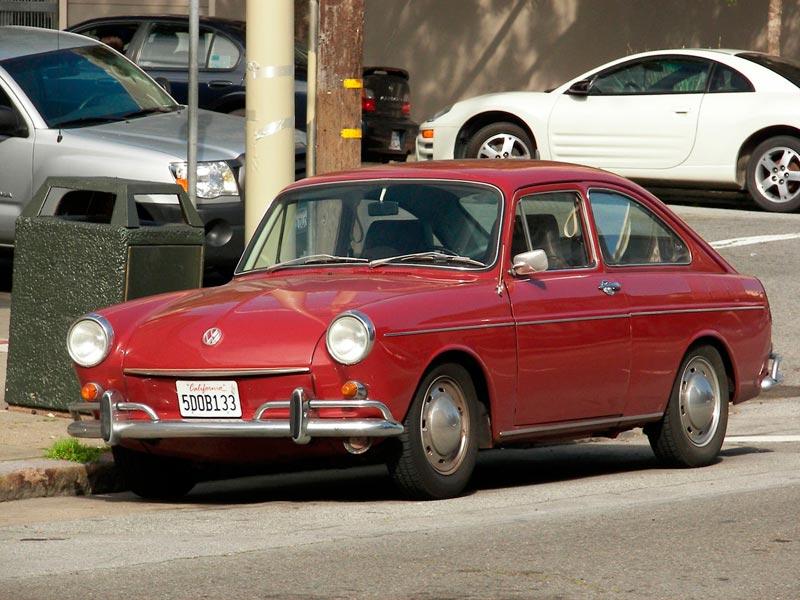 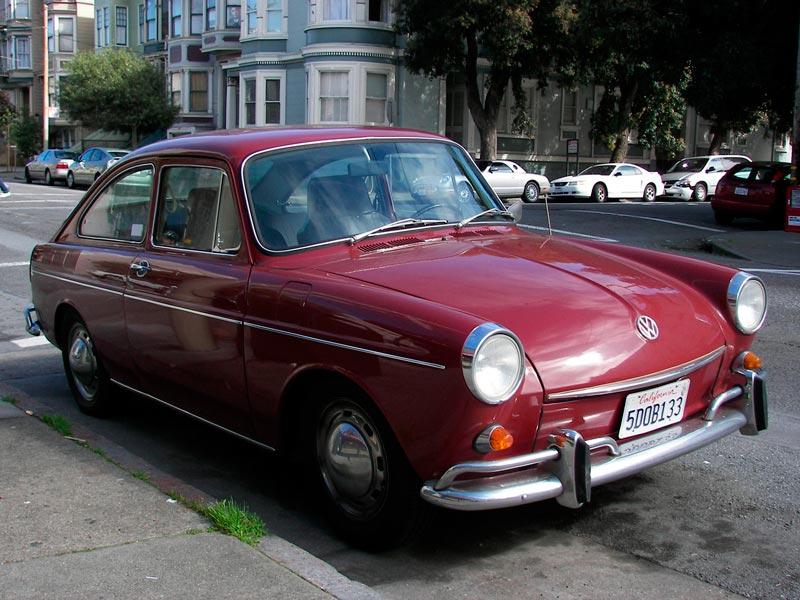 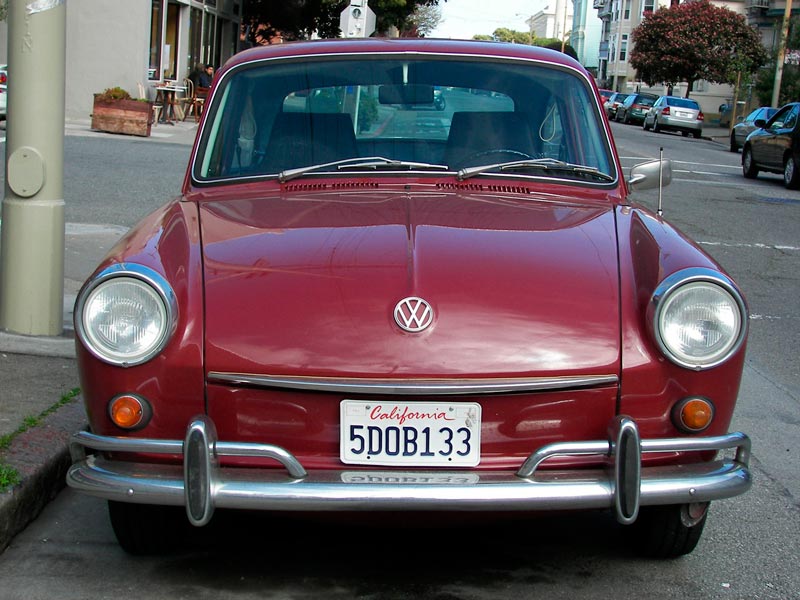 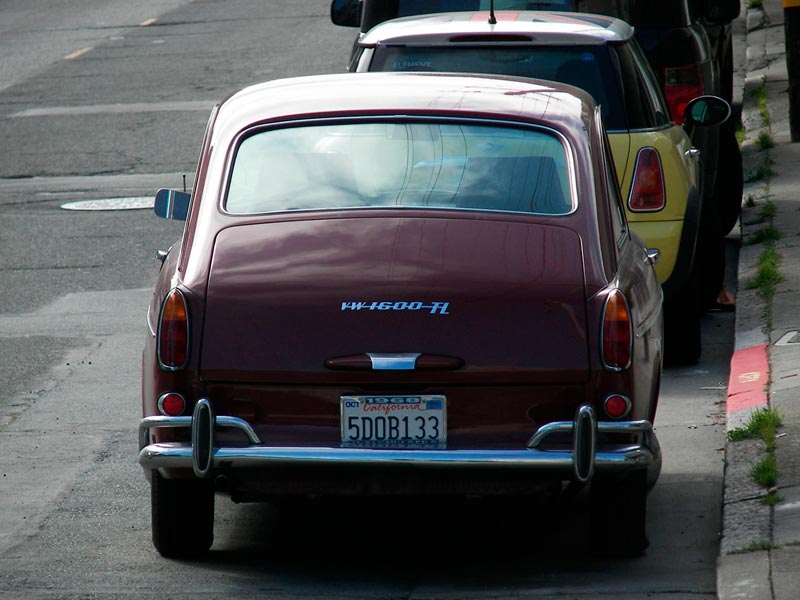 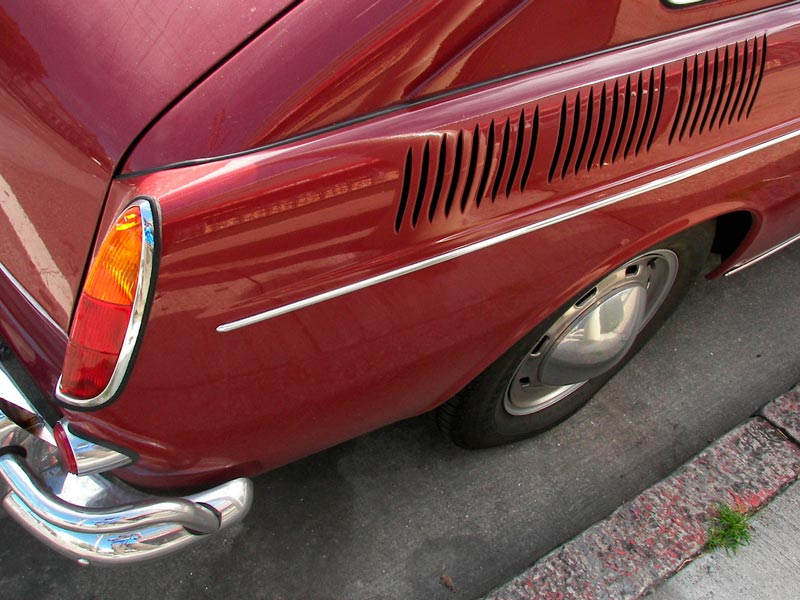 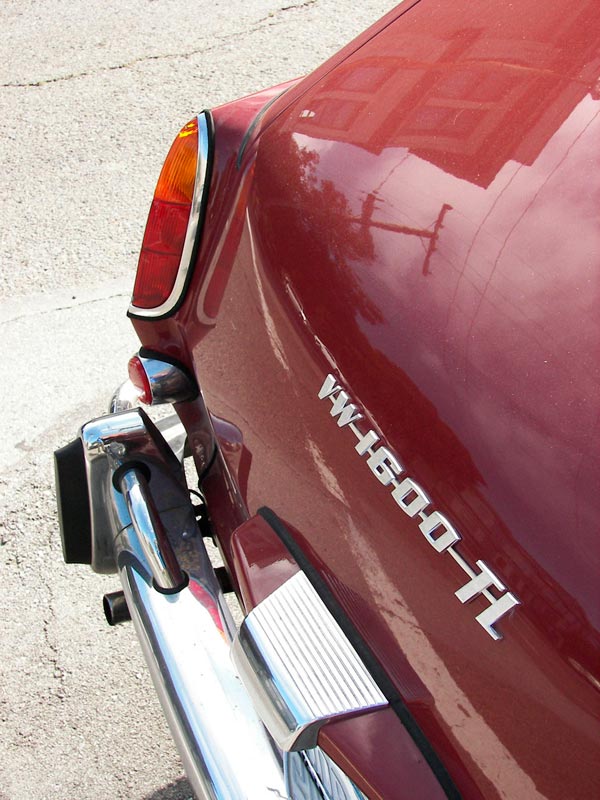 These cars are relatively plentiful with over 1.3 million built in the notch/fastback style alone, and another 1.2 million in the Squareback style worldwide between 1961 and 1973. Despite this fact, I don't see Type 3s very often in my area, and when I do see them they are usually Squarebacks. A fastback is much less common, though not as rarely seen as the notchback, an example of which I haven't been able to track down since February. It's funny how they come and go. When you're looking for something, they're nowhere to be found. I came across two fastbacks in one day while walking in San Francisco. One was this tan example (below) parked on a hill near Alamo Square, and the other was this maroon one in the Northern Park neighborhood above the Panhandle. 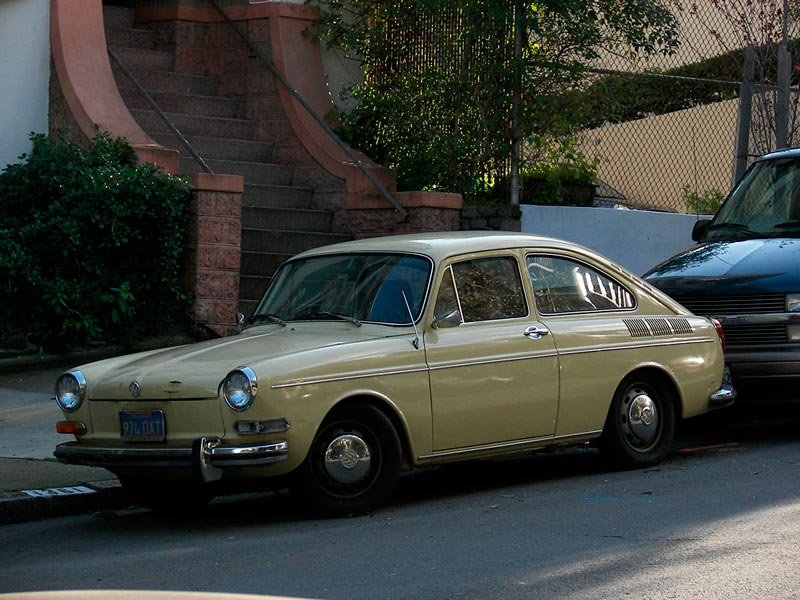 The Type 3 was powered by a flat-four cylinder engine nicknamed the "Pancake" or "Suitcase" engine due to its horizontal layout under a panel at the rear of the car. On post-1966 models this engine displaced 1.6 liters, hence the name 1600TL. This engine could be had with Bosch electronic fuel injection as an option (made standard in 1968), as well as an optional automatic transmission and air conditioning.
I initially didn't know the exact year of this Granada Red fastback. It was built sometime after 1966, the year the fastback style was introduced and the first year the Type 3 officially came to America. The front turn signals match a 1968-69 model, making it one or the other. Beyond that, the only other identifying feature visible on this car is one I didn't notice until just now. The rear license plate frame calls it out as a 1968.
Posted by Jay Wollenweber at 11:09 PM