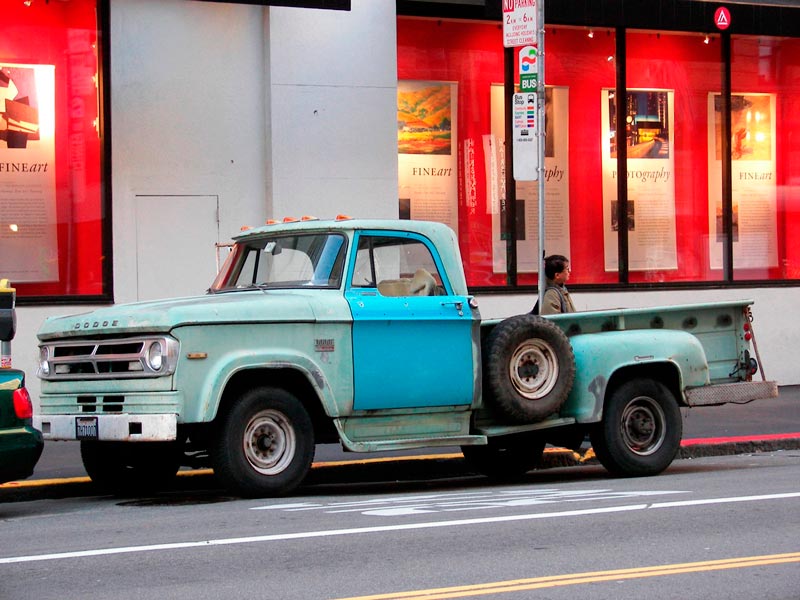 Fear This! it says on the tailgate. And rightly so, this is one badass-looking work truck. It's a 1970 (or possibly '71) Dodge D300 heavy-duty longbed stepside pickup. I spotted this beast parked right next to my university headquarters. Judging by the wear and the rust, it still earns its keep and will probably keep going until it can't go any more. It's the story of countless millions of pickup trucks nationwide, trucks bought to do work, trucks that do work for years and years and are fortunate enough to escape the scrapyard as long as they still have life in them. 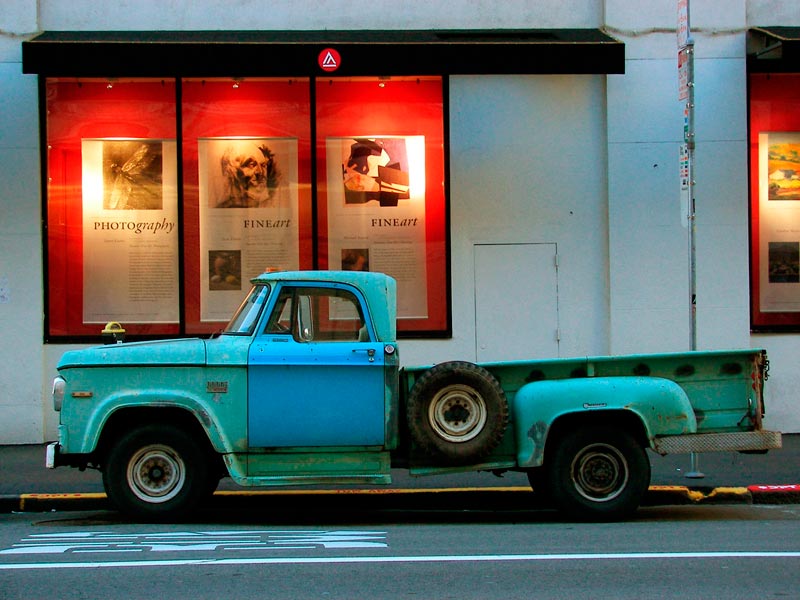 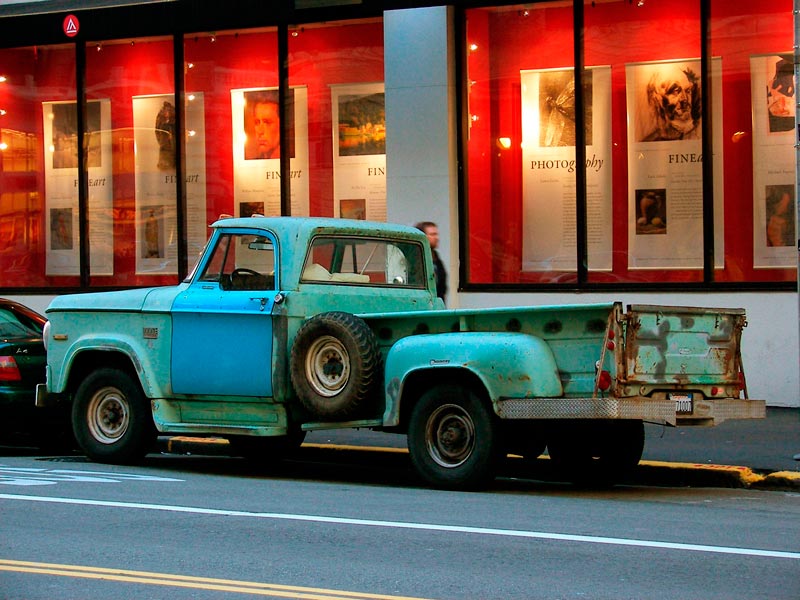 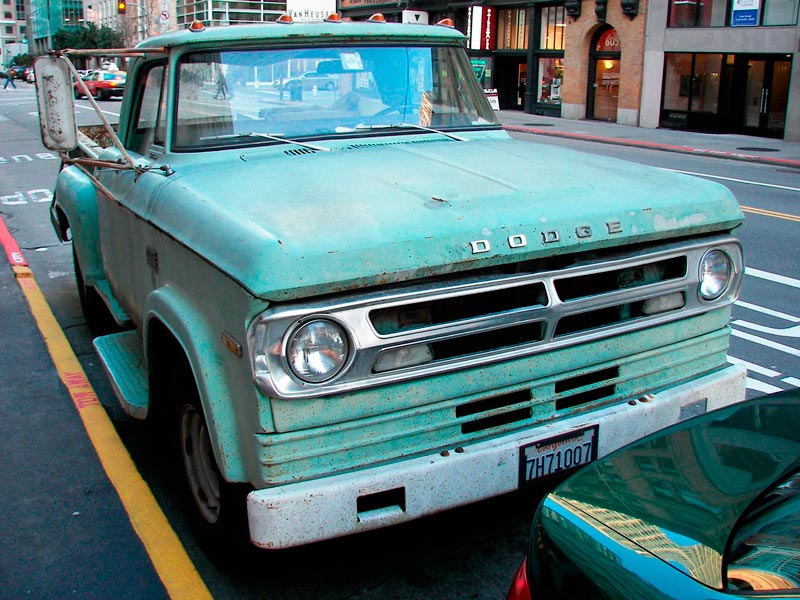 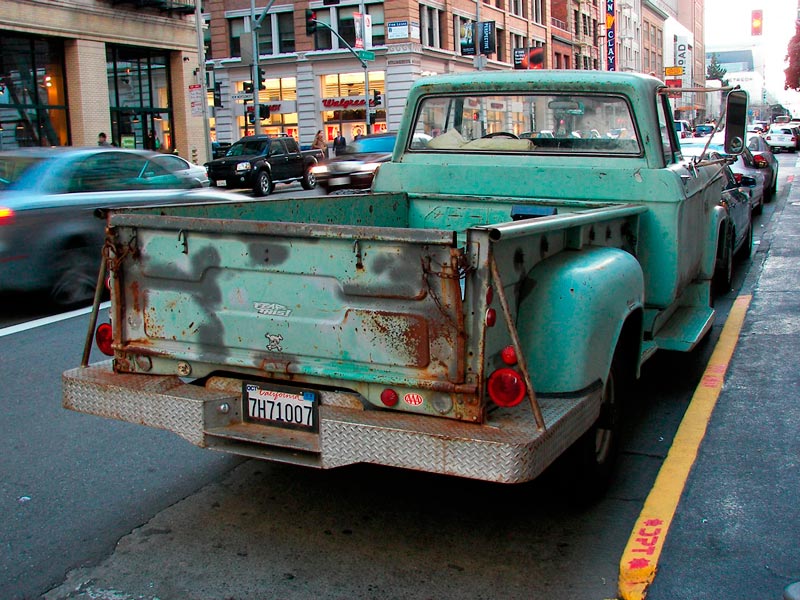 This truck has seen some hard work in its time. Every panel is beaten and rusted. Some panels have been replaced and don't match. The frame is kinked in the middle from some very heavy loads. But still the truck and its 383 V8 soldier on. 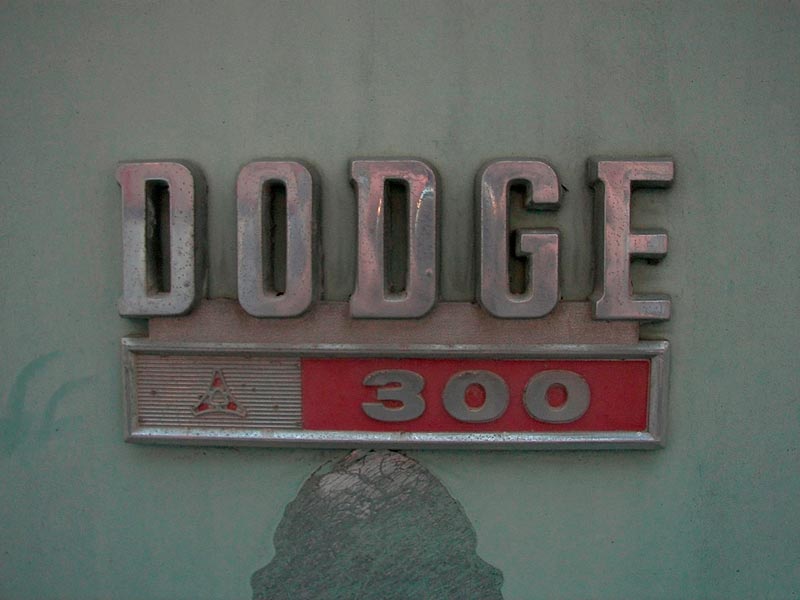 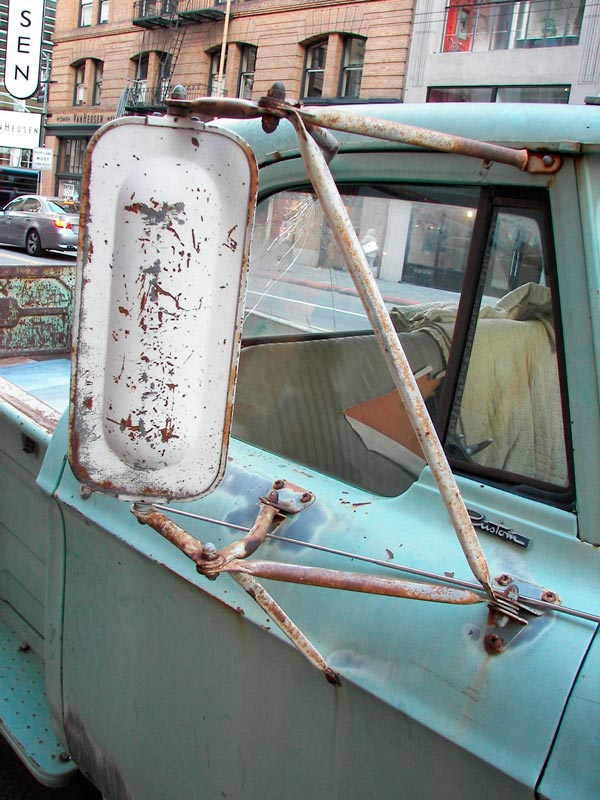 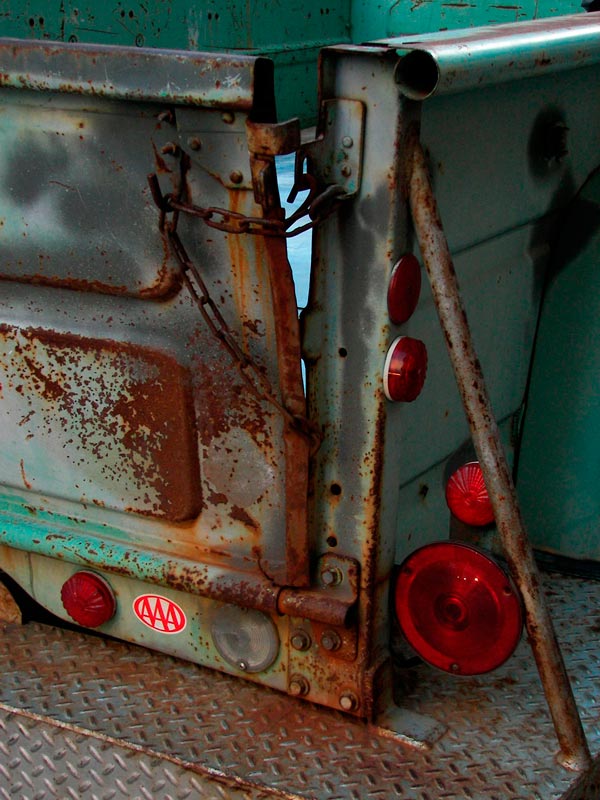 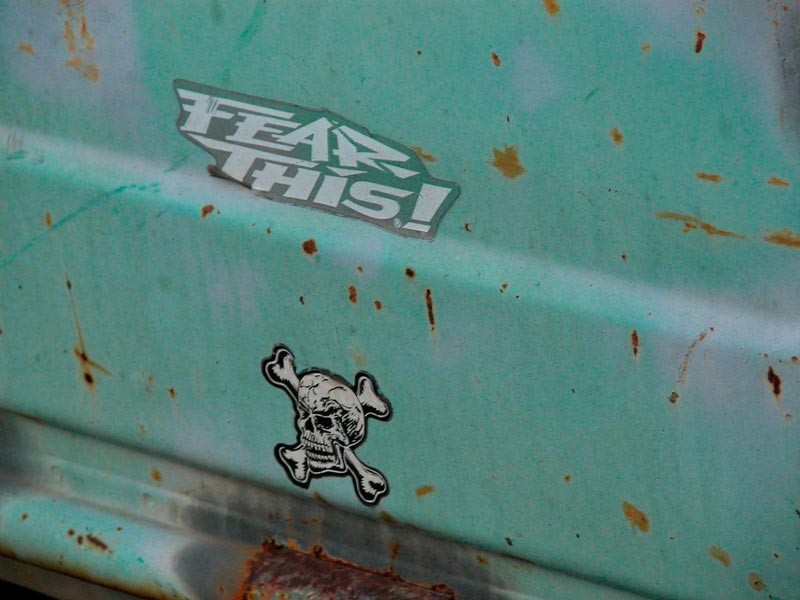 By 1970 the Dodge D-Series pickup was looking pretty old-fashioned. The cab dated back to 1961 at least. In 1972 the line was redesigned with a more rustproof body and more modern looks. But the '70-71s were not without some style. The front end was updated for 1970 with a four-hole "crosshair" grille, a concept still used on Dodge trucks today. The D300 has a cab which sits higher up than the lower-rung D-Series models, giving it the presence of a much larger truck. Evidently these older Dodge trucks are fairly rare; just do a Google Image Search for "1970 Dodge D300" if you don't believe me.