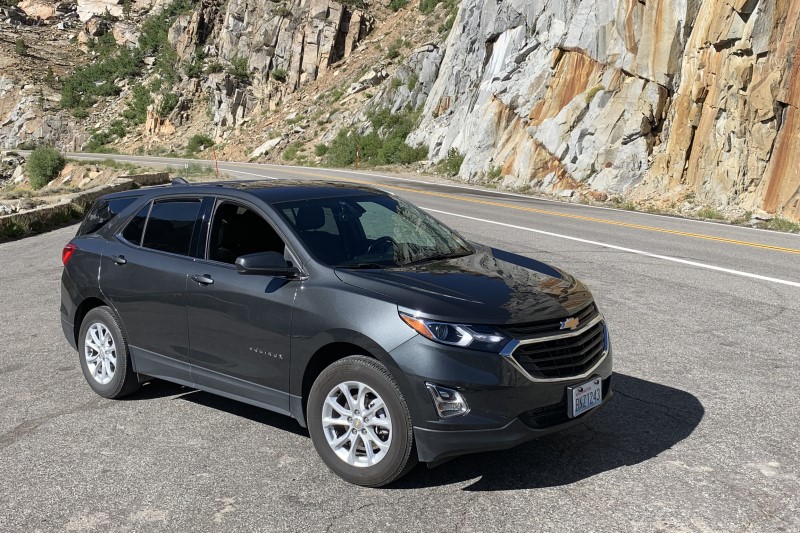 It's been years since I did one of these. That's mainly because I rarely rent vehicles. This year I rented a few different cars for road trips, because my cars are all old and don't run as well as they used to. Everything I've rented has been perfectly adequate for the task. I always used to deride base models as "rental cars", but rental companies have really stepped up their game. Today let's look at this 2019 Chevrolet Equinox. 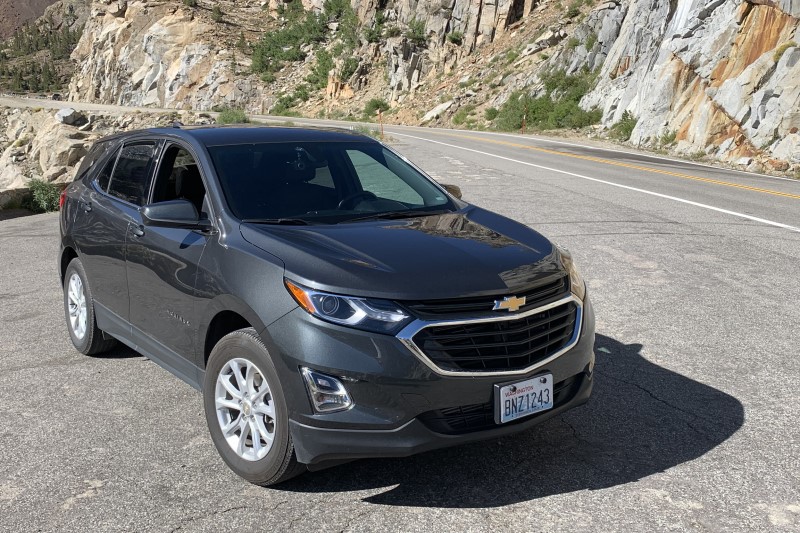 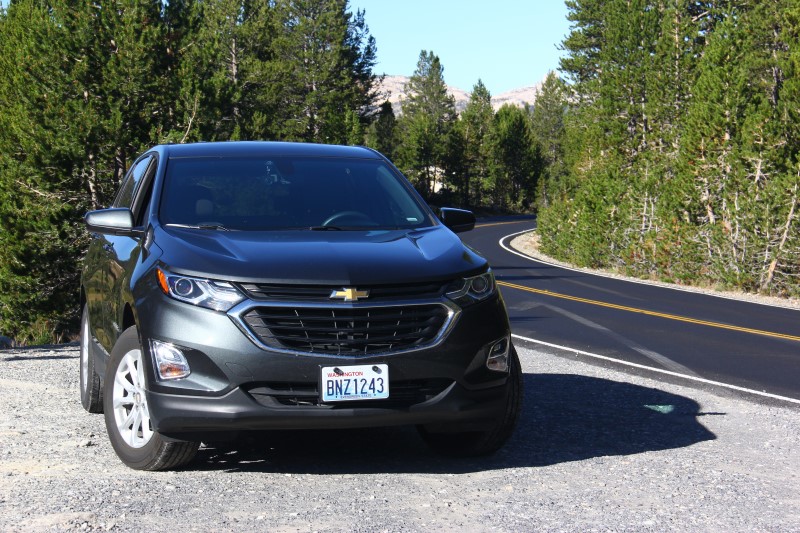 My friend and I were planning a trip to Las Vegas by way of the scenic route, Yosemite and Death Valley. We reserved a standard SUV from Alamo Rent a Car, expecting a Ford Edge or similar. We had plans to take the scenic route to Vegas by way of Yosemite and Death Valley National Parks. Yes, in the same day. One Jeremy Clarkson has a term for this: "Ambitious but rubbish".

Well, Alamo lets you choose your vehicle in the class you reserved. Our options were the Equinox or a black Hyundai Santa Fe Sport. I had rented a Santa Fe Sport in 2018 for a trip to Canada. That baby was loaded with niceties and performed very well, so I initially argued for the Hyundai. My friend insisted on going through both vehicles inside and out, testing the seats and driving positions. The Hyundai was a basic model and not nearly as nice as the previous one! All I had to do was hop in and feel the cheap plastic steering wheel to ditch it. 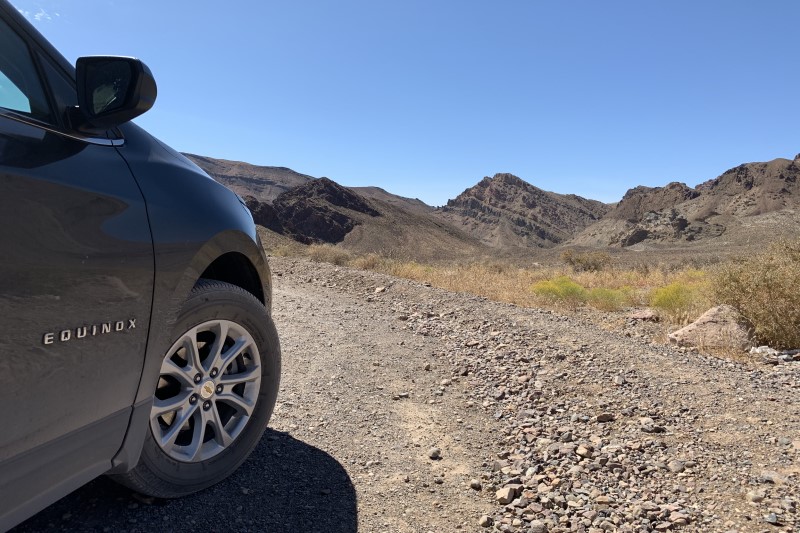 We loaded up the Nightfall Gray Equinox and set out. It proved capacious and practical, with decent fabric seats and a steering wheel that, while not leather wrapped, was pleasant enough to hold onto for hours on the road. The interior materials were a mix of modern soft touch and hard plastic and silver bits that I guess were supposed to resemble nickel plating. They were somewhere between the blinding glare of chrome and the horrid cheap silver painted surfaces of "Old GM". My family has extensive experience with pre-bailout General Motors products. 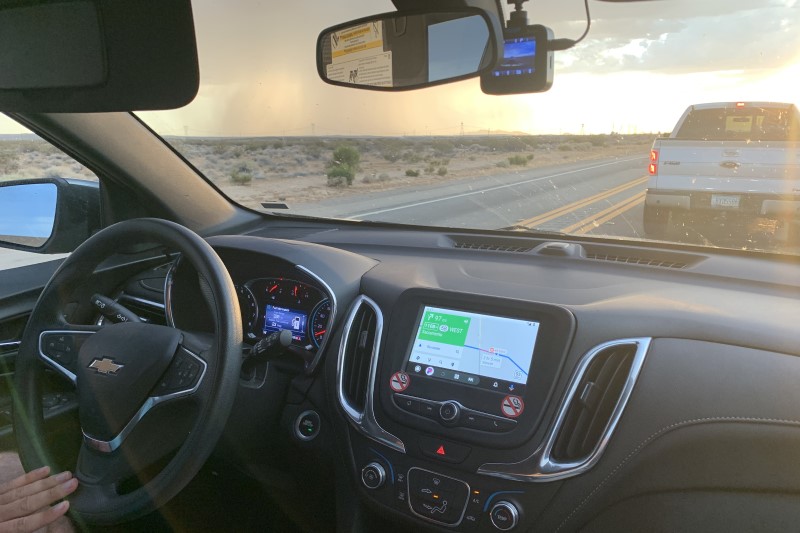 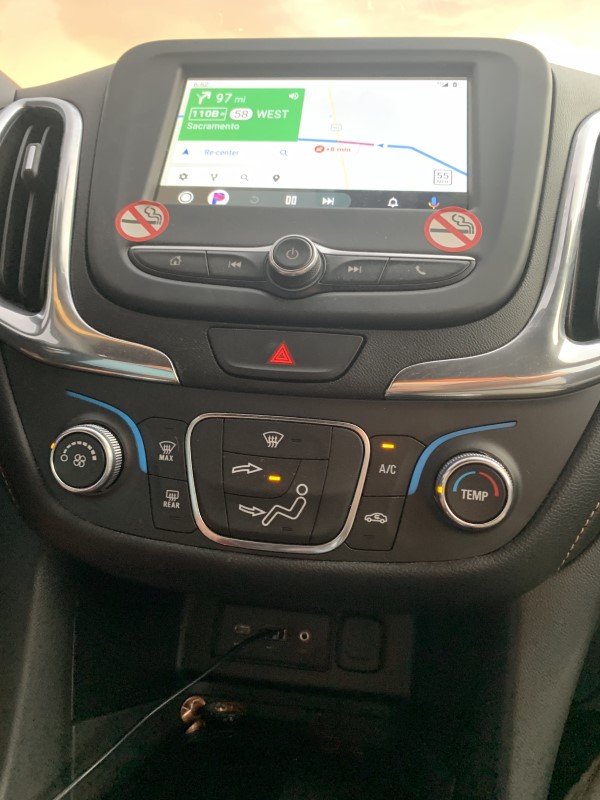 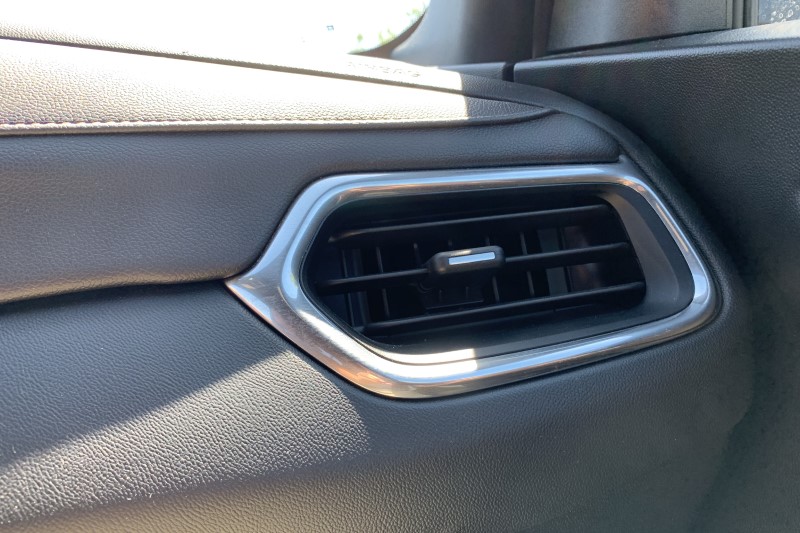 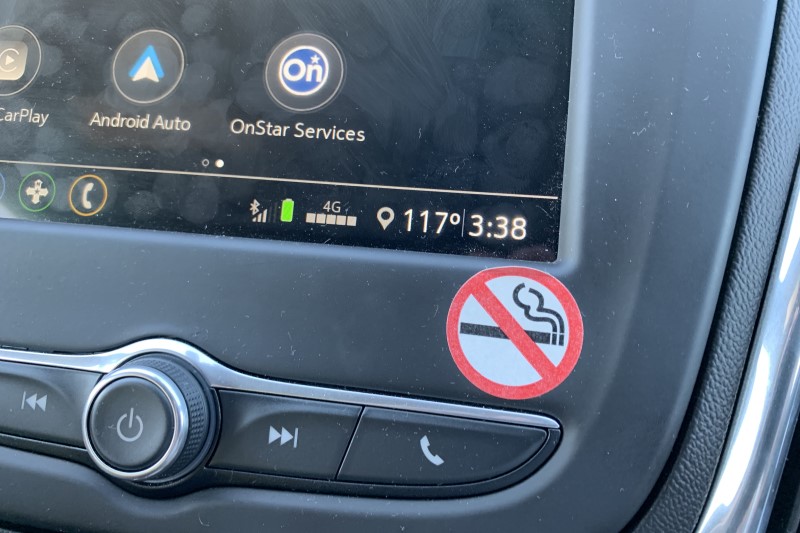 The rental Equinox featured a serviceable infotainment system with a touchscreen and Apple CarPlay/Android Auto support with navigation, which helpfully displayed posted speed limits. We had enough USB and 12V charging ports to keep our phones and dash camera happy. I couldn't connect my phone to the car's 4G LTE wifi hotspot, but I could have been doing something wrong or maybe Alamo didn't keep the data plan going past the introductory period. Air conditioning was fantastic even in 117 degrees in the middle of Death Valley, and the engine never ran hot. We put a good 1500 miles on the vehicle with no problems other than a call for maintenance when the oil life monitor reached zero. 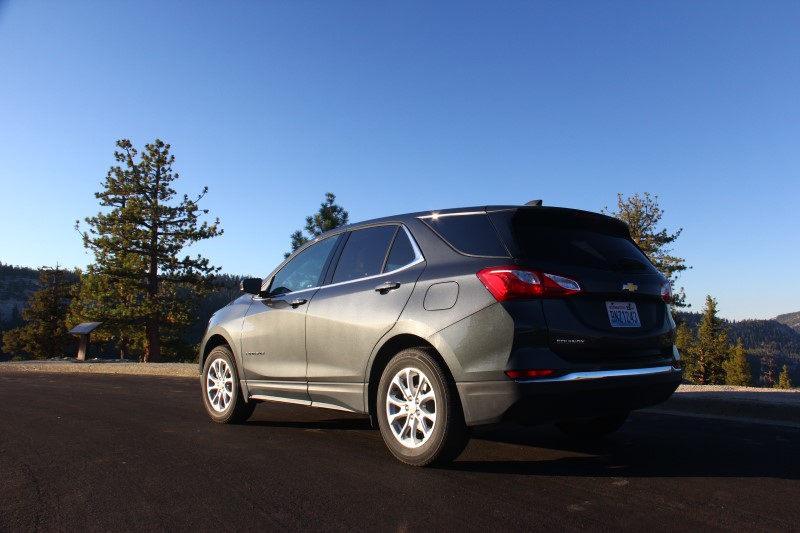 Under the hood we got a 170 horsepower turbocharged 1.5 liter four-cylinder bolted to a six-speed automatic. I didn't even think to pop the hood and check what engine it was until we got back. It did most everything that was asked of it and cruised effortlessly for such a small engine. Top gear acceleration was not stellar but the average fuel economy was better than I expected. 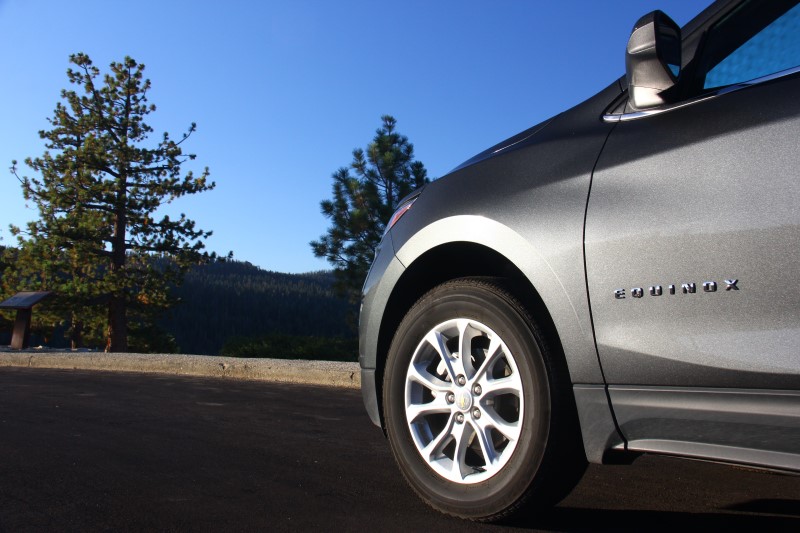 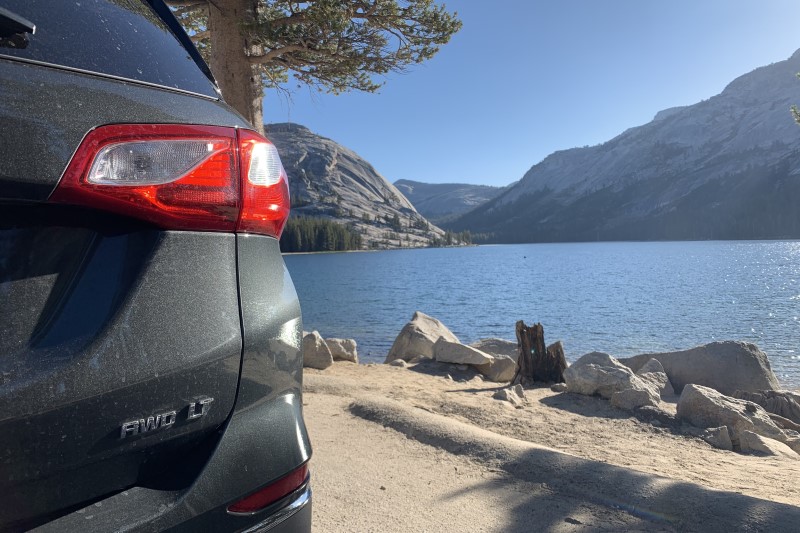 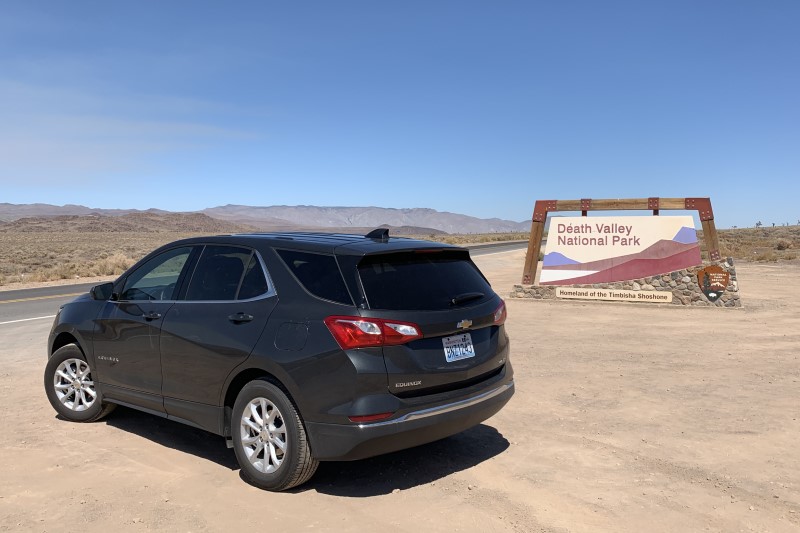 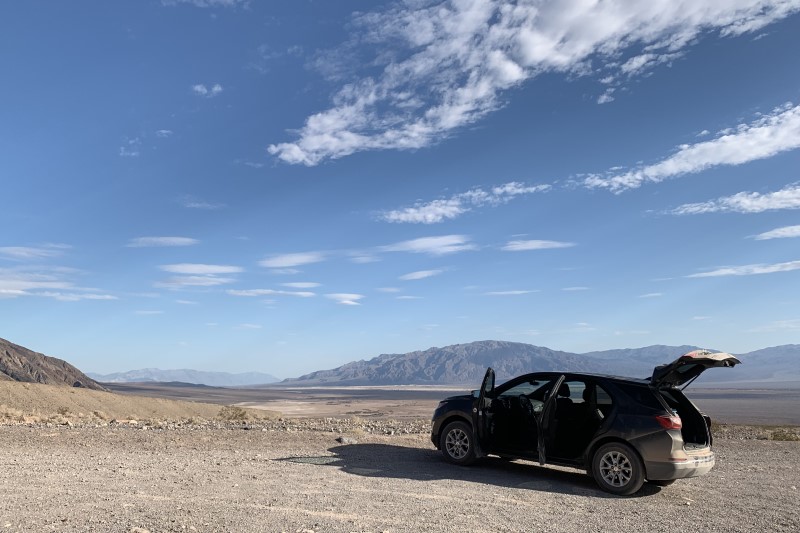 Style was not much to write home about. The LT trim is visually subtle and features plenty of unpainted black plastic cladding. Higher trims offer dual exhaust and extra chrome bits. This car came with fog lights which are nice to have even if you don't think you need them. It had all wheel drive, kind of a must given that our plans involved Titus Canyon Road in Death Valley. Titus Canyon is not paved. At all. It is considered a public road if you bring the right vehicle for it. As it turned out, the Equinox was perfectly capable on the gravel road with tight curves and elevation changes, sticking with two brand new Toyota 4Runners and a Ford F-150 on the trail. It could have used a bit more ground clearance (6.9 inches for those keeping score) and some more appropriate tires than the Bridgestone Ecopias that usually only see highway use. We did get it stuck in some loose gravel while attempting a photo shoot, but successfully got it free on our own with no damage. Tread lightly and respect your surroundings. A little common sense and problem-solving skill helps, too! 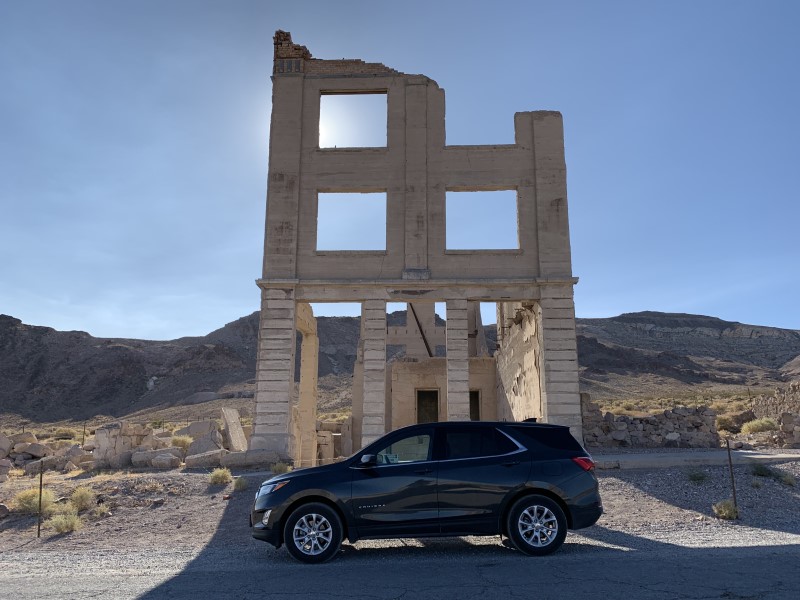 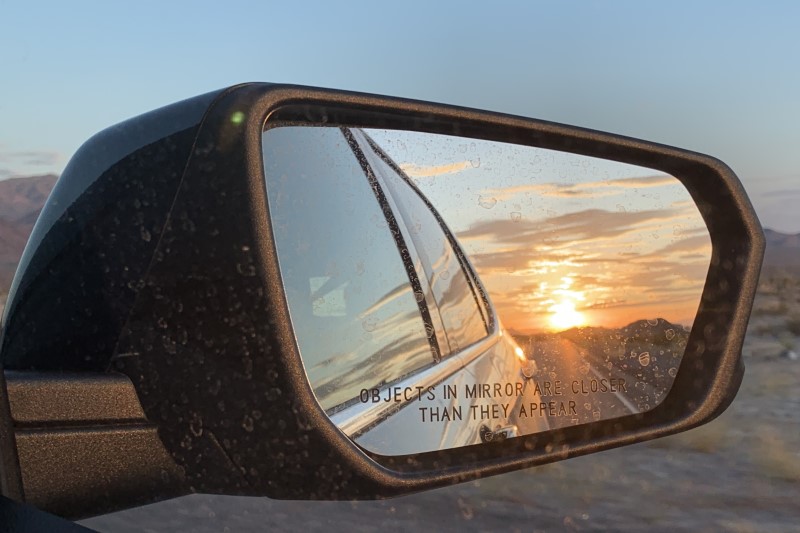 To sum up, the 2019 Equinox LT is adequate for most things. I doubt anyone who wants a luxury compact SUV is going to cross-shop an Equinox with, say, an Audi Q5. Even an Equinox Premier. But it's a competent grocery getter and family hauler with a smallish footprint. I am no fan of modern crossovers and there isn't a whole lot that a Malibu on stilts can do that a regular Malibu can't, except maybe drive Titus Canyon Road. The most recent generation of Malibu is known for its ground clearance, or lack thereof. Oh, and the Malibu's 1.5 turbo comes with a continuously variable transmission (CVT) instead of a real six-speed. I hate CVTs. And in my opinion, the Malibu is hideous. For me the best argument for the Equinox is having to look at its platform mates. It's a small, 30-mpg SUV for the "Buy American" set, and there is absolutely nothing wrong with that.
Posted by Jay Wollenweber at 12:00 AM