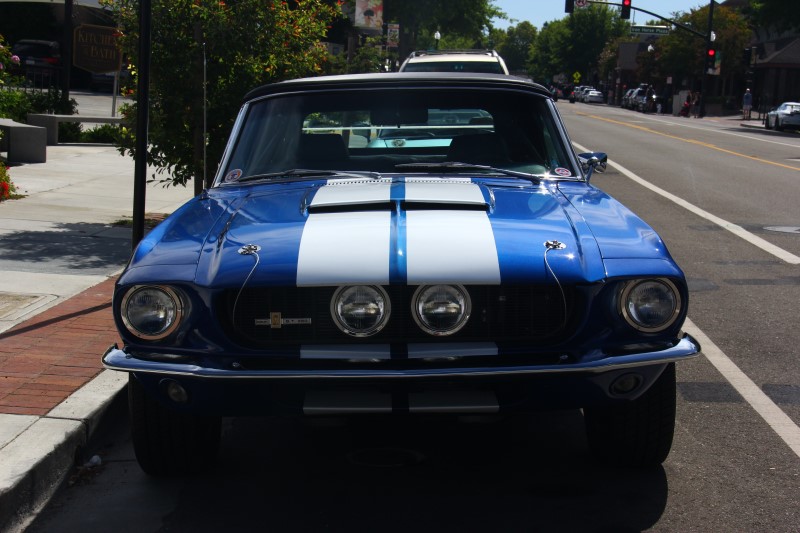 Thanksgiving day in the U.S. is all about being grateful for what we have. Of course, that often gets forgotten among the turkey and mashed potatoes and pumpkin pie. But I'd like to take a moment in this car feature to reflect. What are you thankful for? Among other things, I'm thankful for Shelby Mustangs! And hoo boy is this one a beauty. 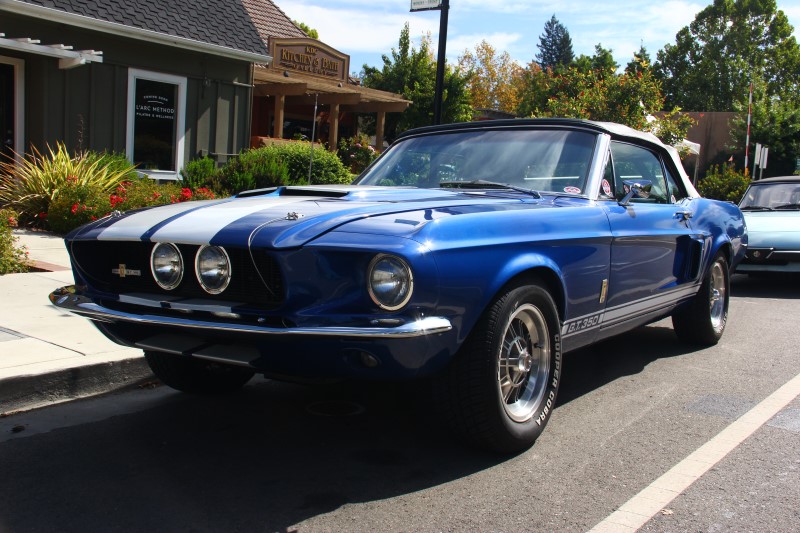 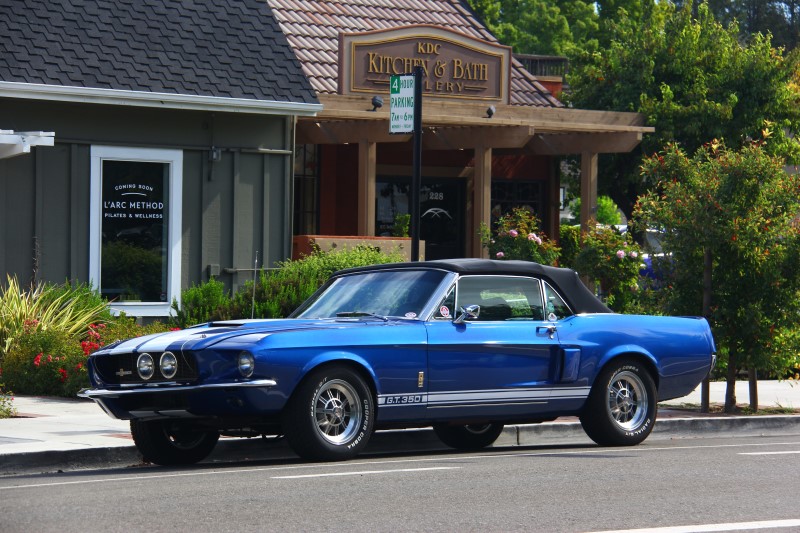 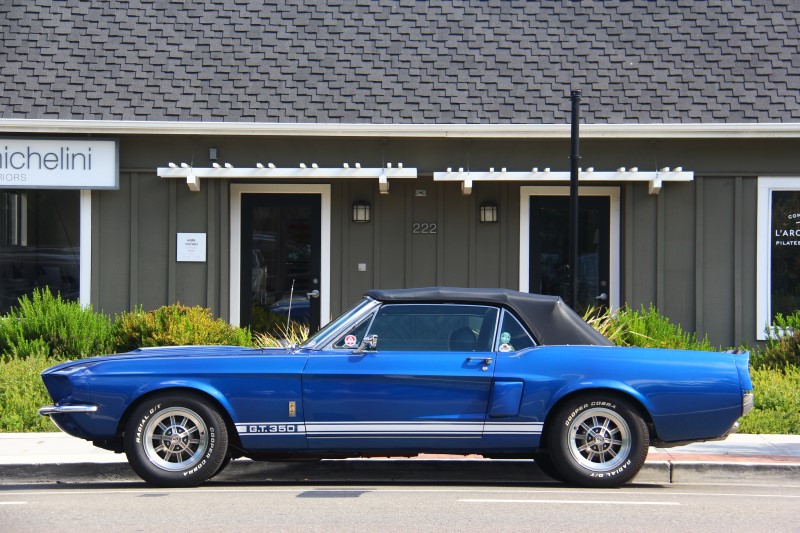 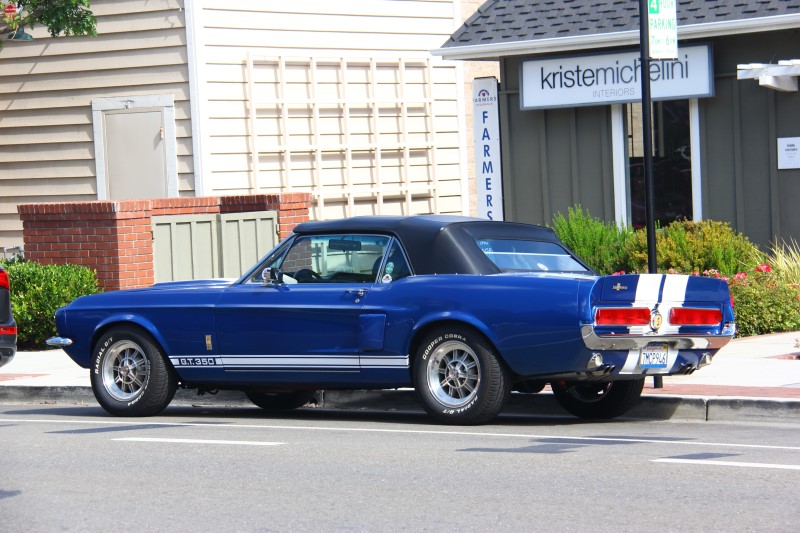 It matters little to me that Carroll Shelby never actually built a 1967 Shelby Mustang convertible for public consumption. Plans were in place and it should have happened, but thanks to supply problems and costs, the project was shelved for another year. A single 1967 GT500 convertible made it out the door before Ford dissolved Shelby's Los Angeles operations and moved Shelby Mustang production to Michigan.

The '67 GT350 and GT500 are my all-time favorite Shelby cars. I have always liked the idea of the 1968 convertibles with their "basket handle" roll bars and all the customary Shelby visual swagger. But I still can't quite get past the gaping fish mouth, rectangular driving lights and 1965 Thunderbird taillamps that set the '68 Shelby apart from the '67. This custom-built tribute car marries the two in a visually appealing package. 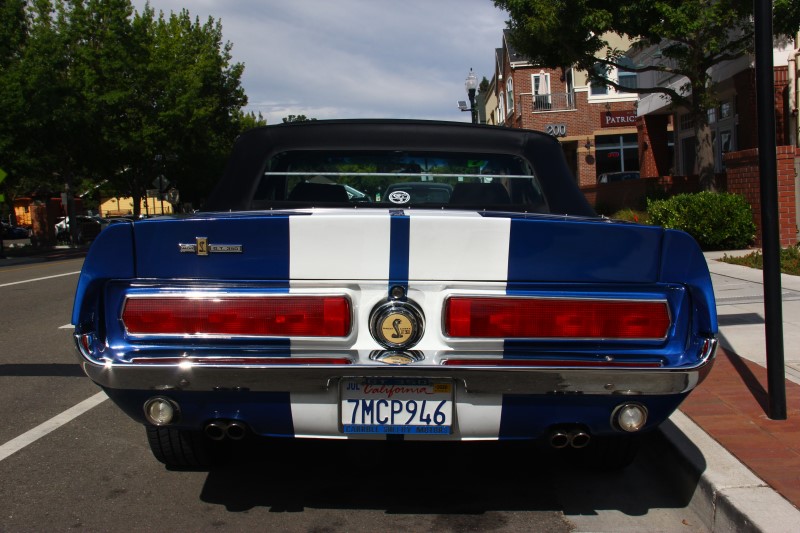 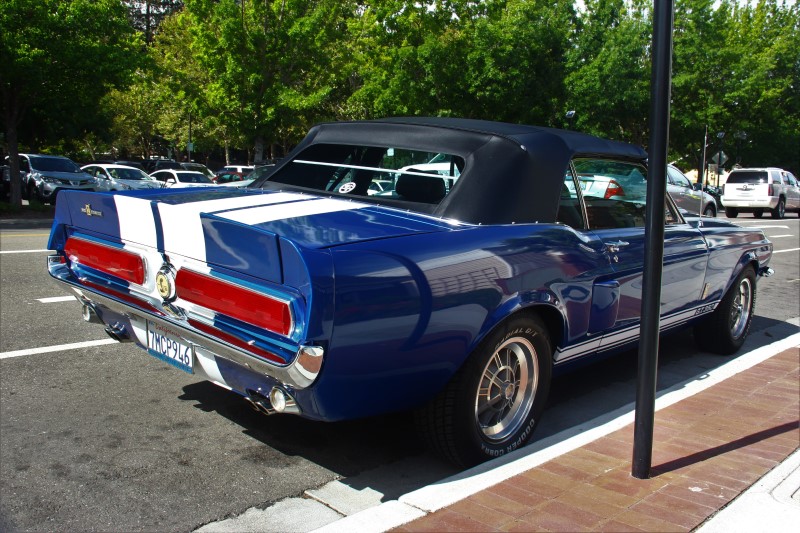 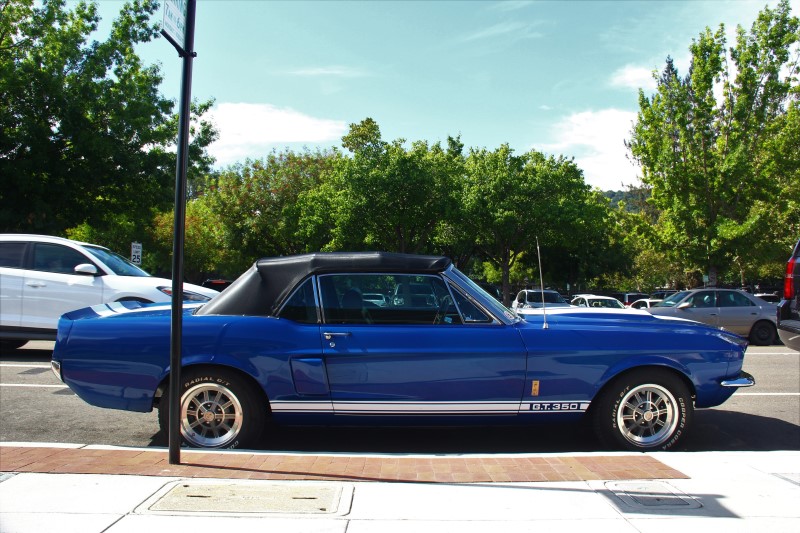 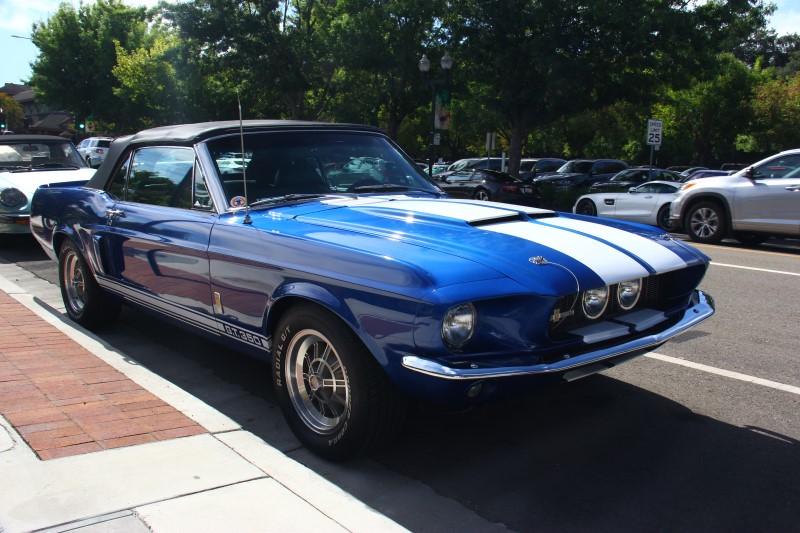 In 1967, a Shelby GT350 came from the factory with a K-code high performance 289 V8 producing 306 horsepower. Buyers could choose from a four-speed manual or three-speed automatic transmission, and had the option of air conditioning. A few wheel styles were offered, including the iconic five spoke Kelsey Hayes Magstar, the Shelby aluminum ten-spokes seen on this car, and a couple of "simulated mag" hubcaps over steel wheels. A number of '67 Shelbys featured center mounted fog lamps, a look that has become synonymous with the model. Interestingly, some Shelby Mustangs instead came with outboard mounted driving lights on either side of the grille to comply with local headlight spacing regulations in the places where the cars were originally sold. 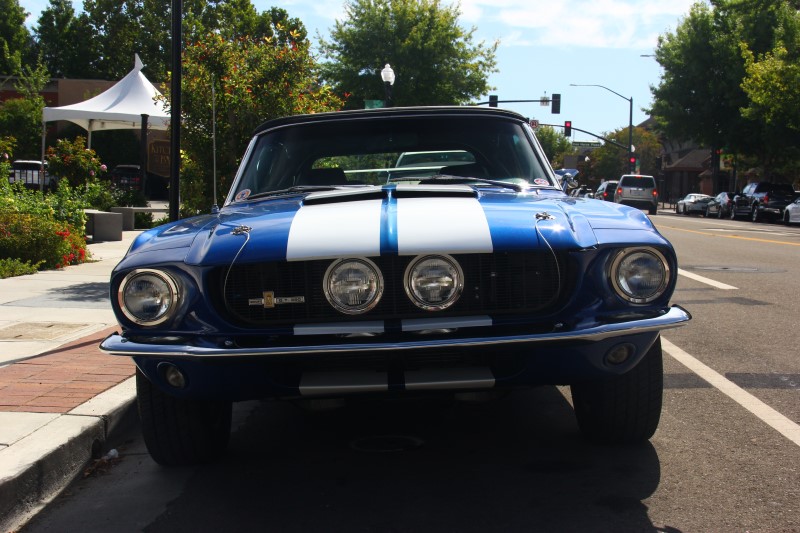 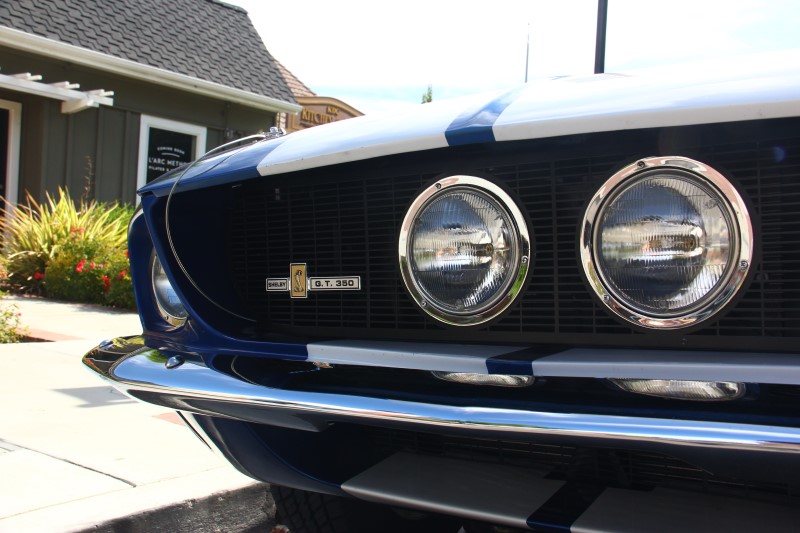 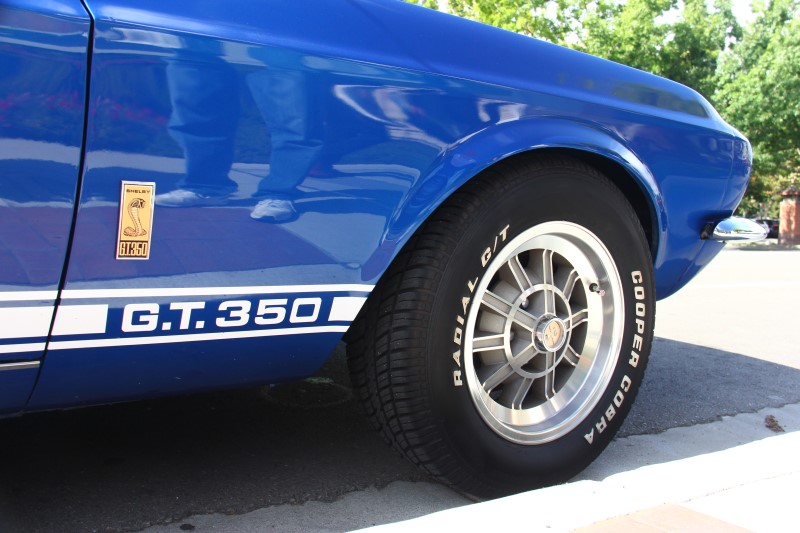 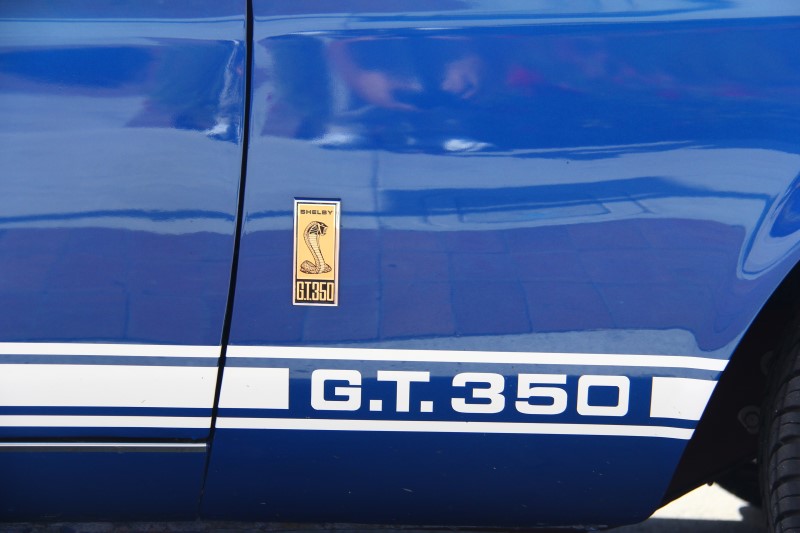 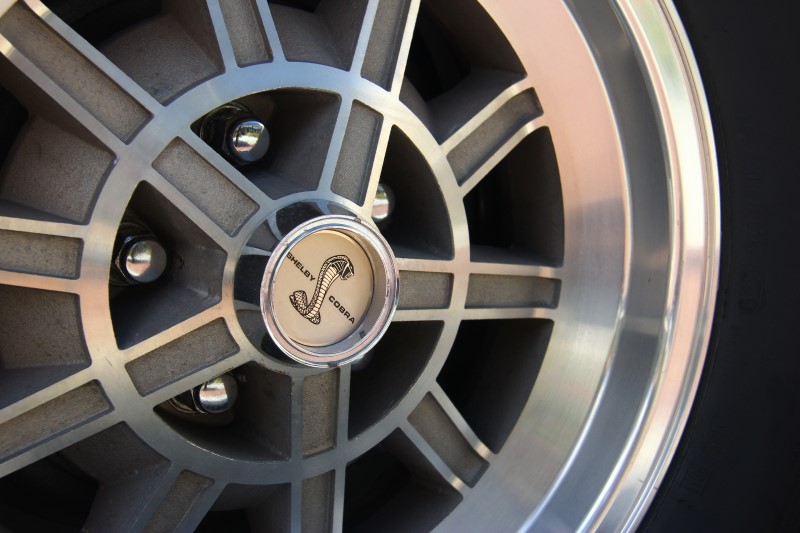 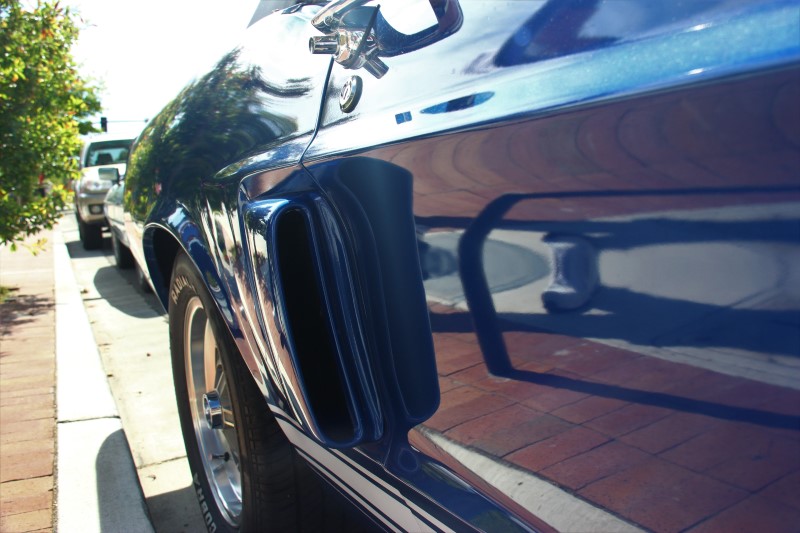 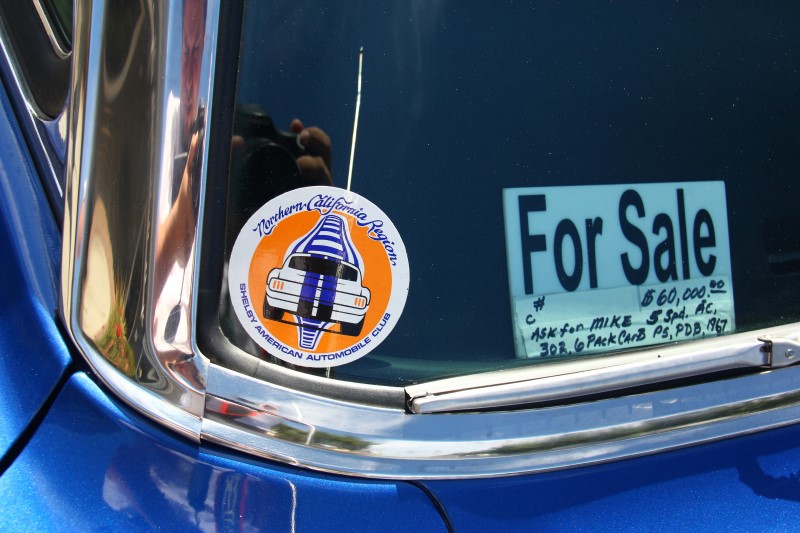 This car showed up down the road from my local charity Concours d'Elegance this September. Car shows usually are a no-no for street sightings by my arbitrary rules I try to follow, as prescribed by the old Jalopnik Down on the Street series published by Phil Greden (aka Murilee Martin). I make an exception for truly exceptional or otherwise attention-grabbing vehicles that happen to be parked on public streets and roads in close proximity to the event. This Mustang happened to be for sale and my father, who was with me at the time, absolutely fell in love with it. It's largely his fault that I caught the Mustang bug as a small child. The little windshield tag (phone number digitally removed for the seller's privacy) specified this car as having a 302 with three two-barrel carburetors and a five speed manual. The 302 was standard in 1968 Shelbys and actually made less power in stock form than the previous Shelby-tuned 289. I imagine this 302 block is not original to the car and has probably been built up for more power. The retrofitted five-speed certainly makes the engine's power more usable. Note the iconic signature of Carroll Shelby on the glove box. That tells me this build either dates back to at least 2012 when Mr. Shelby was still with us, or perhaps the glove box door was submitted to the Carroll Shelby Foundation and signed by their autopen for a $50 charity donation. I would like to think the former is true, as I always dreamed of meeting Shelby in person but never had the opportunity. 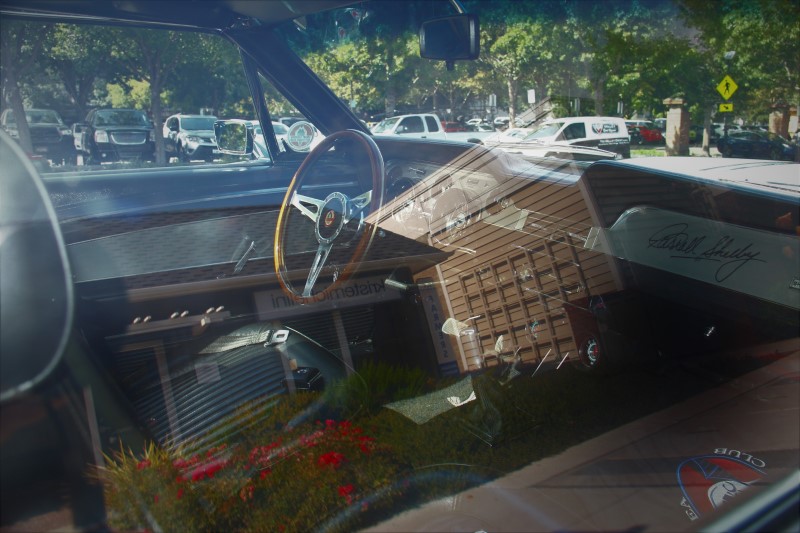 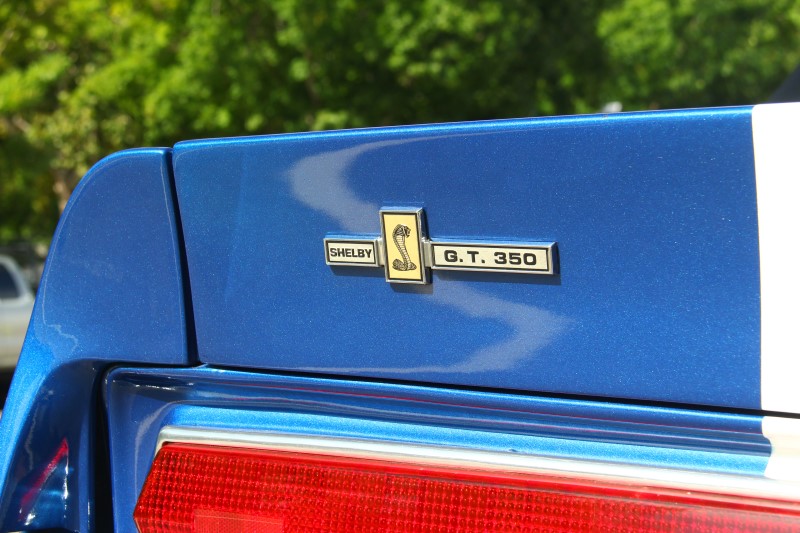 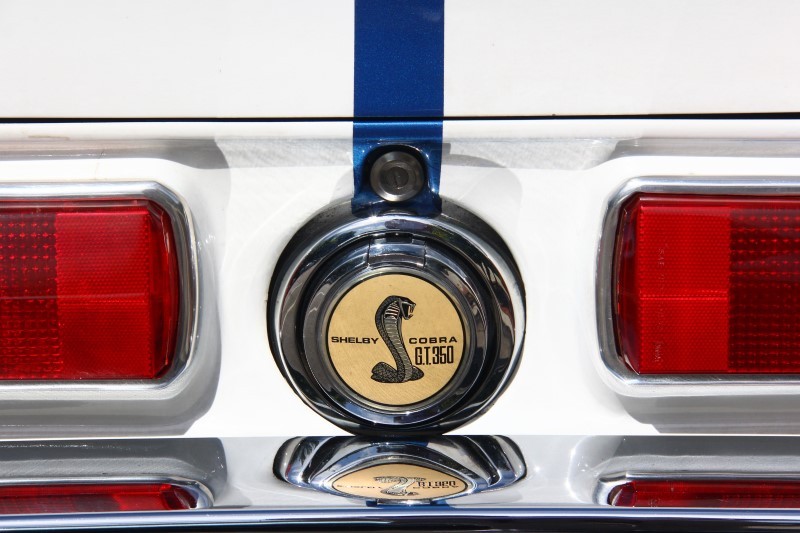 You can tell by the number of photos that I really liked this car. It was a gorgeous day and a fantastic color combination and one of my all-time favorite car models (even if it technically is a replica). Even so, it is a very good replica and one I'm proud to feature here. I'm thankful I had the chance to photograph it - and incidentally, I believe I saw this same car out driving a few days before this writing.

Wishing my readers a safe and happy Thanksgiving as we move into the holiday season. I'll take one of these for Christmas, thanks.


Photographed September 2019
Posted by Jay Wollenweber at 12:00 AM