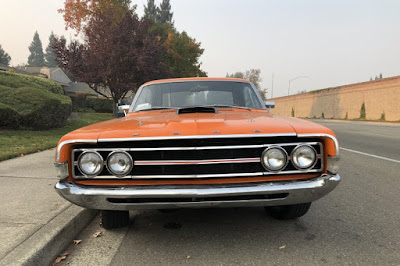 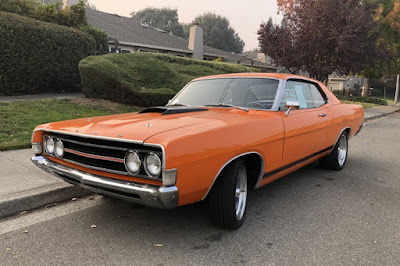 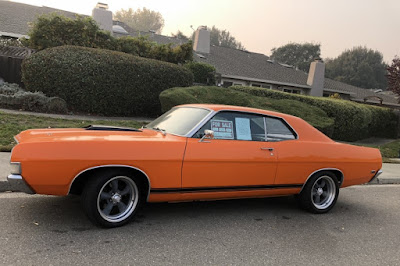 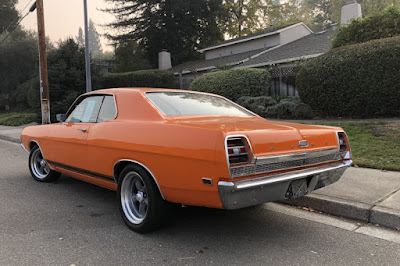 The '69 Fairlane was a simple formula: Moderate size, fairly low price, mass appeal. The 1968-69 cars grew in overall size from the 1967 model but kept the same wheelbase length, and were still smaller than the full-sized Galaxie and luxurious LTD. The Fairlane body could be upgraded into the sporty Torino, a car that would soon end up replacing the Fairlane altogether. These late Fairlanes also continued to serve as the base for the Ranchero coupe utility pickup.

Fairlanes could be had with a choice of several engines and three transmissions, ranging from a 200ci straight six and three-speed stick for your bargain-basement fleet special salesman's sedan, to a 289 or 302 V8 with three-speed Cruise-O-Matic for mom's grocery getter station wagon, to a 390 V8 out of the Thunderbird with a four-speed manual for your Torino GT Sportsroof. For 1969, the range was changed to a bigger 250 six, optional 302 or 351 V8, and one could even specify a 428 Cobra Jet or Super Cobra Jet big block for the hairiest Torino on the block. 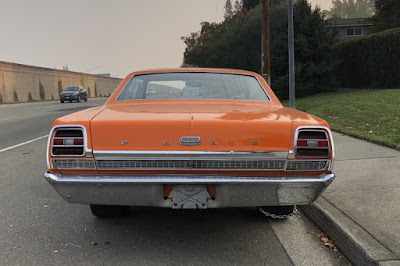 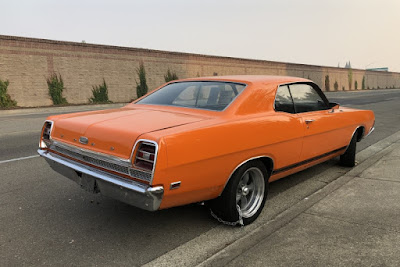 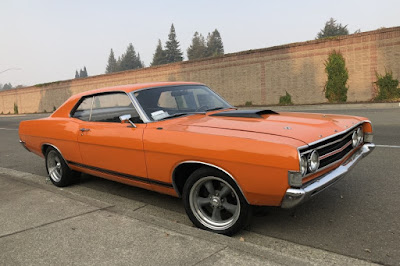 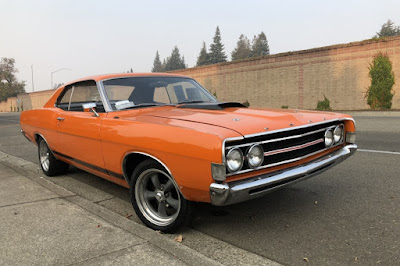 This Fairlane has had some work done to it. Luckily for me, it was for sale and had an information sheet on the window describing the car. This one has had a heart transplant out of a 1988 Mustang and features a 5.0 liter V8 coupled to a five-speed manual transmission. Instead of the 1980s electronic fuel injection system, the owner elected to go with a 4bbl Edelbrock carburetor and installed freer-flowing exhaust headers and pipes. I am pretty sure that orange paint isn't stock either!

Oddly, it was described as a 1968 model on paper but the rear end is completely the 1969 style and includes 1969 Torino trim pieces underneath the taillight panel. The grille appears to be a 1969 Torino GT item, minus the GT badge, and I'm not entirely sure what the hood scoop came from but a Torino GT or Mustang Mach 1 part seems likely. Note the Torino badge on the trunk, but no Fairlane badges anywhere on the car and also no round Torino-specific medallion on the C-pillar. This car could be a Fairlane 500 with the factory Torino trim package or it could be a mix 'n match custom build. It's interesting to me that they used a notchback or "formal" roof car instead of the fastback style I most commonly see on Torinos of this generation. 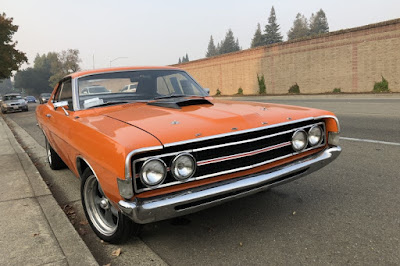 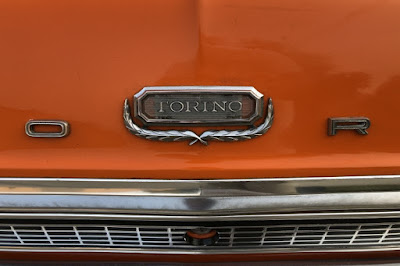 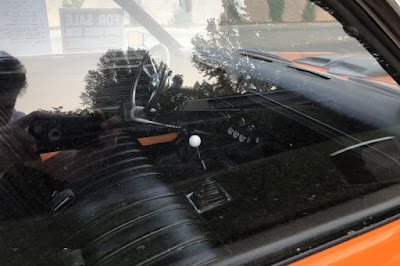 It looks to be a fine driver and as the ad sheet described it, had a lot of money invested in the build. You can tell that the seller expected it to attract attention based on the lack of license plates while parked on a busy local thoroughfare, and the fairly unique anti theft device of a chain fed through the wheel spokes. I photographed it in November 2018 at the same time as the 1972 Mustang Mach 1 I featured as part of last year's Christmas countdown. Unfortunately the quick photo shoot shows significant haze due to smoke from the Camp Fire up north that destroyed much of the town of Paradise. As I write this, the skies are again smoky from time to time due to wildfires around northern California. I am hopeful that this Fairlane went on to a good home; but more importantly hopeful for the safety of those at risk of this latest wave of fires around the state, and the brave first responders and emergency services who work to keep us all safe.

For the rest of my readers whose biggest worry this Halloween is running out of candy for the neighborhood trick-or-treaters, stay safe too.
Posted by Jay Wollenweber at 12:00 AM