It's been a little while since our last car feature so here's a little feature on a little car. I don't recall ever seeing a Mini Clubman before I spotted this one on the streets of Alameda, California. Okay, I've seen a lot of the modern MINI Clubman, the extra-long variant of the MINI Cooper. But this is the original Clubman, an effort to modernize the classic Mini whose original design and styling dated to 1959. Clubman was a more expensive car than the regular Mini and featured a longer front end with improved crash safety and easier service access. 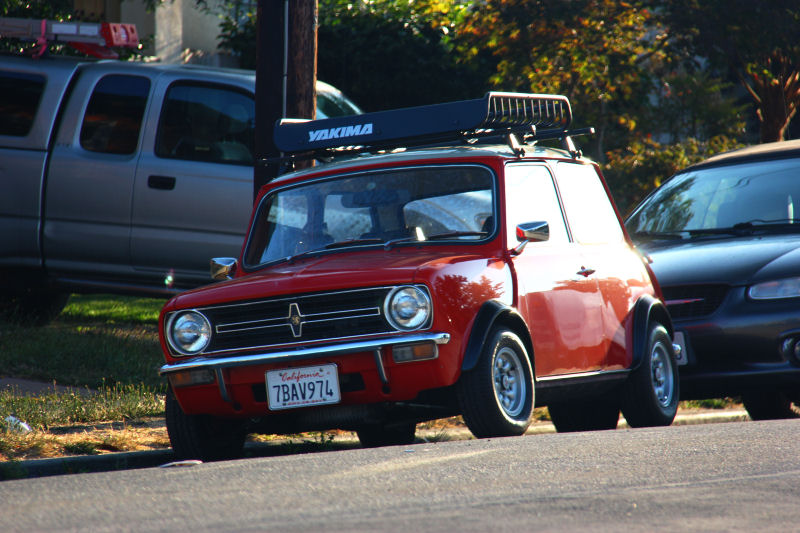 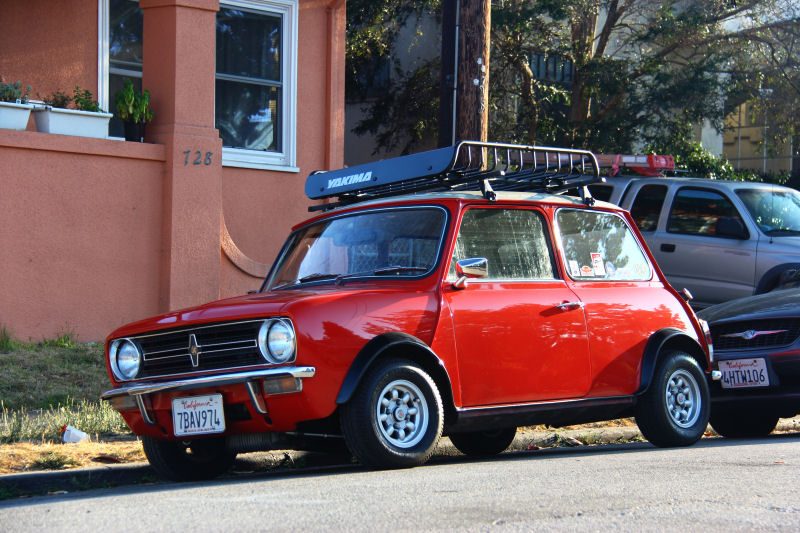 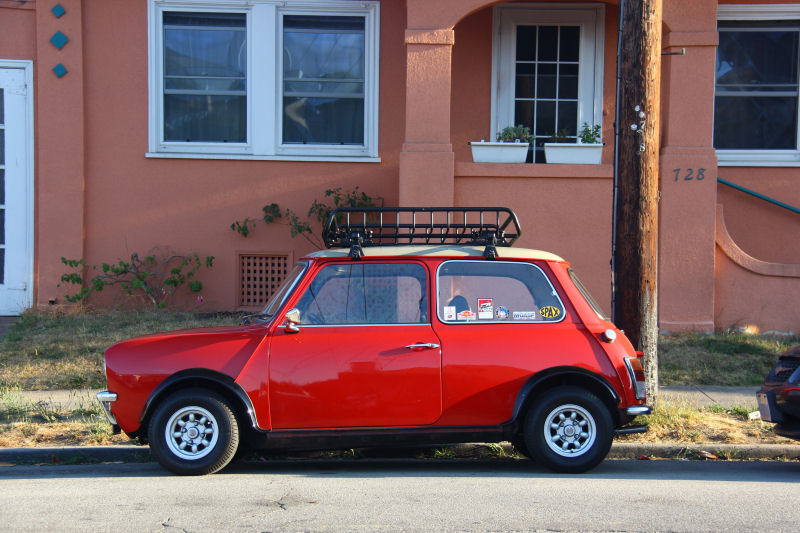 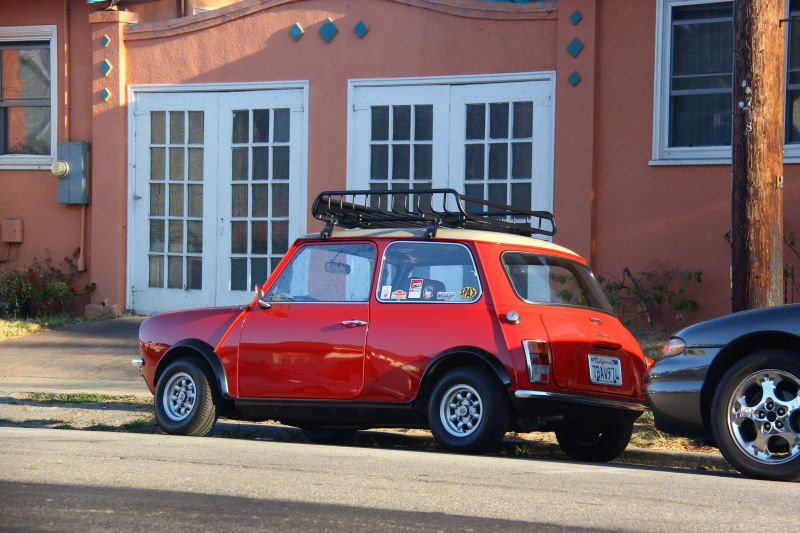 In Australia the Mini Clubman was marketed under the Morris brand, which may hint at the origin of this particular example. Other markets lost the Austin and Morris names around 1972. This car sports a "cross" style grille which places its production between 1976 and 1980. As is a popular accessory on classic Minis, this one has eight-spoke Minilite wheels with Mini Cooper center caps -- 10 inch diameter. I can't tell if it was the yellowish late evening light or if the roof is a light gold color rather than the Mini's trademark white over red. This could be a nod to the San Francisco 49ers football team whose colors are red and gold. This is a Bay Area car, after all. 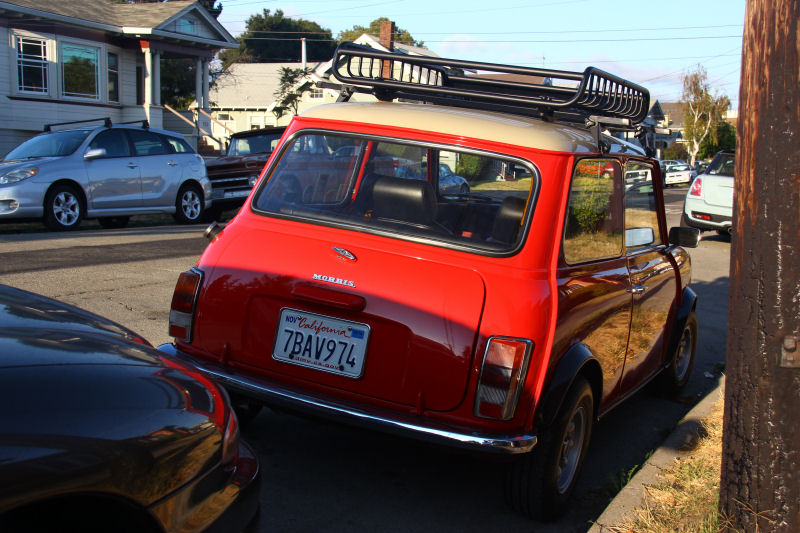 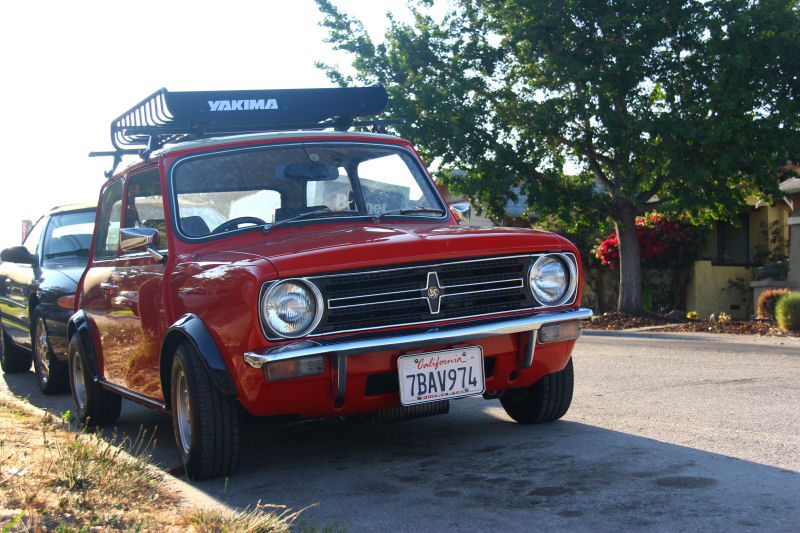 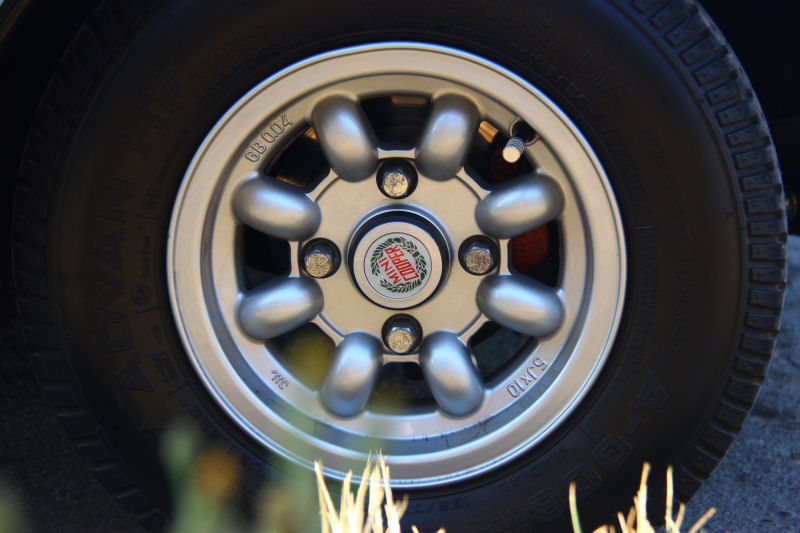 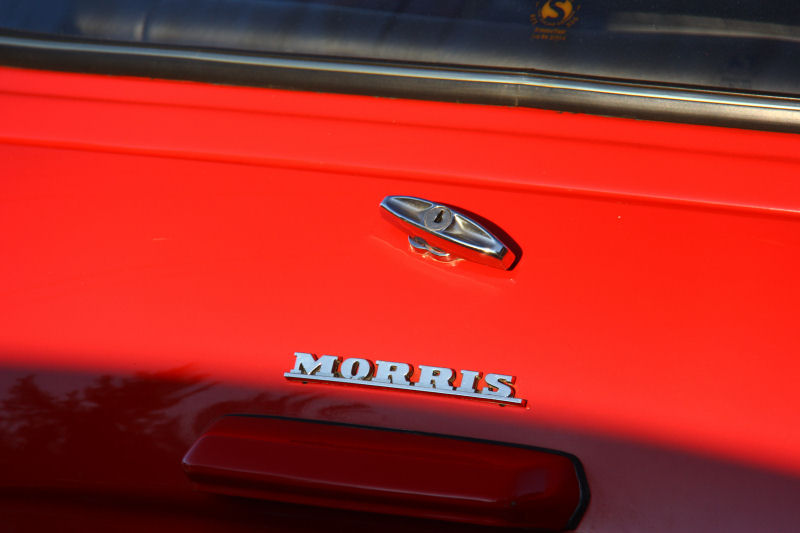 I really like the condition of this one, an unusual version of an otherwise popular European classic that's very rarely seen in the U.S. Kudos to the owner for choosing something different.

Anyone who can narrow down the exact year of manufacture would be appreciated - I'm terrible with these cars no matter how much research I do.
Posted by Jay Wollenweber at 12:00 AM