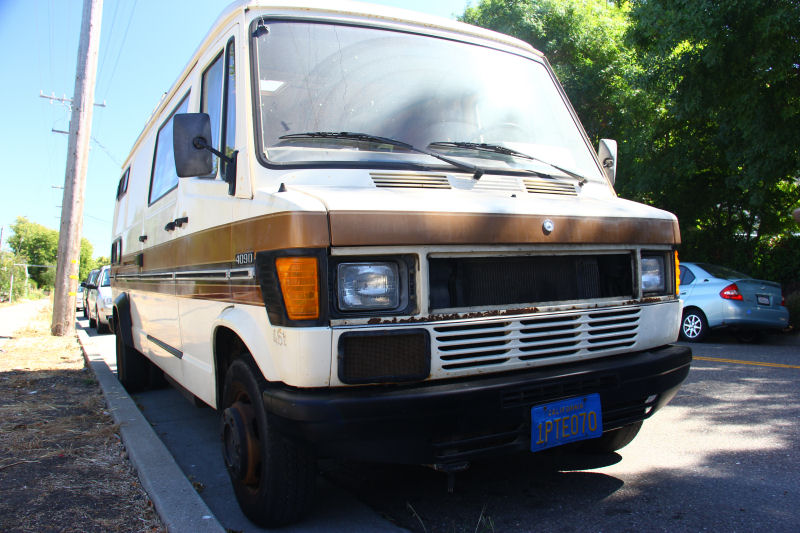 There are a lot of old motorhomes on California's streets and roads, and a fair number of them are fascinating machines from long-defunct manufacturers and conversion companies. Unfortunately, a lot of them are also decrepit, parked in terrible areas and/or serving as permanent shelter for people down on their luck. For that reason I tend not to shoot such vehicles. But this oddball conversion van intrigued me. It's a 1980s-vintage Mercedes 409D van built into a camper by Trueblood RV GmbH of Frankfurt, Germany.


The 409D began as the Mercedes T1/TN, a long-lived ancestor to today's popular Sprinter, and a very versatile platform for passenger and cargo vans, pickups and numerous other uses. It was available in diesel or gasoline form, the former making up the vast majority of sales. 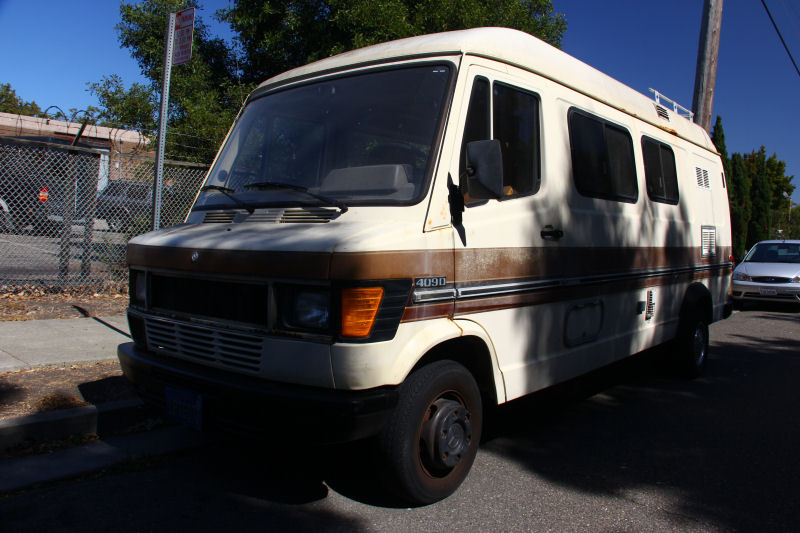 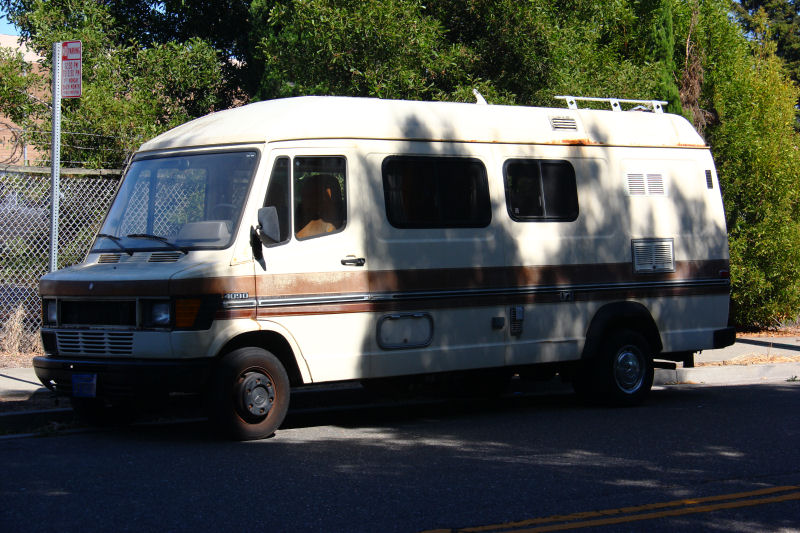 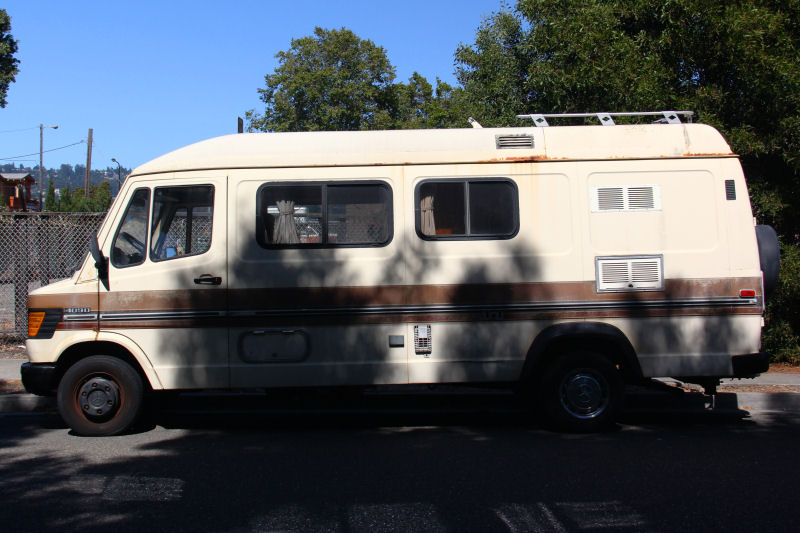 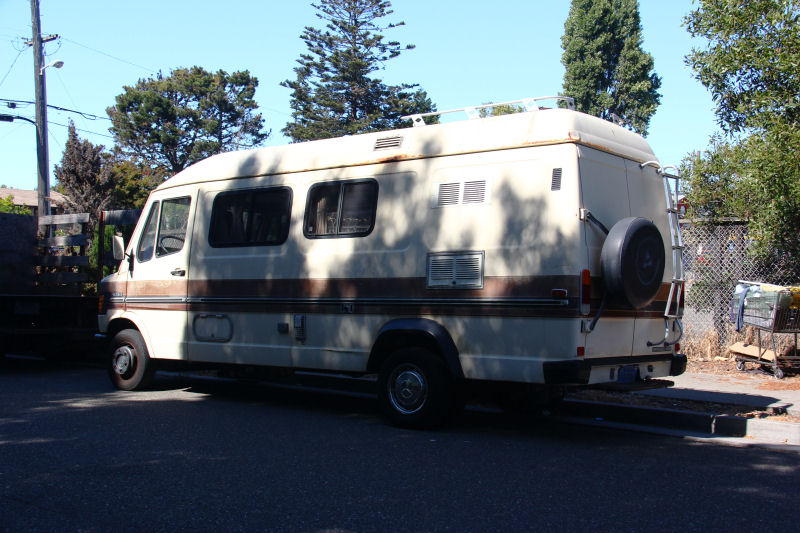 This RV may have been a grey-market import back in the mid '80s, since the license plates are from that era and I have only seen a precious few Mercedes vans in the United States. A little research revealed that the Trueblood RV was to be marketed in the U.S. as a luxury camper for discerning American road trippers, but whether that actually happened remains a mystery to me. Apparently such conversions are very rare. An online forum I found discusses a European-spec 1985 Trueblood RV in California. That vehicle was equipped with a non-turbo 5-cylinder diesel engine, automatic transmission, and painted light ivory with Hayes Lemmerz wheels, suffering from a roof leak and needing a lot of work. Sounds legit to me given what I see here, particularly with the rust around the rain gutters up top. I photographed this one a month after the RV owner on the forum posted asking for advice on their new purchase (I took these pictures in June 2014). 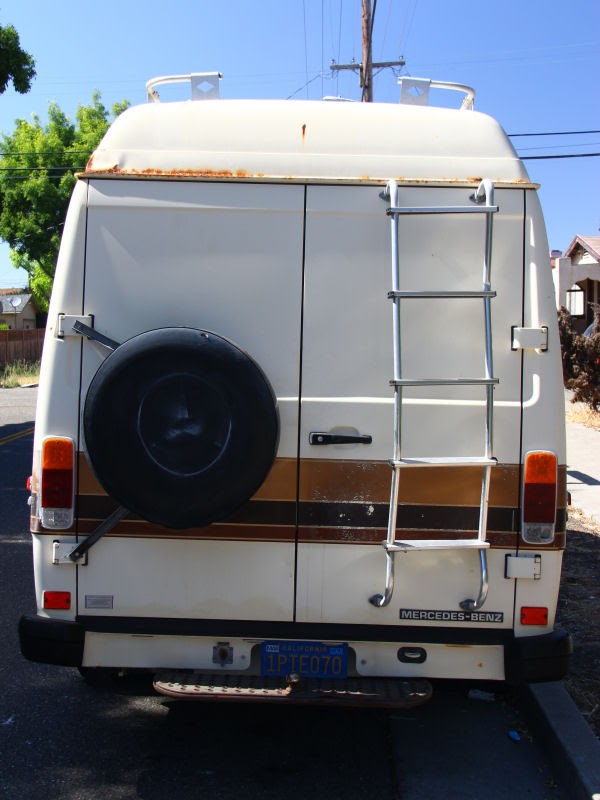 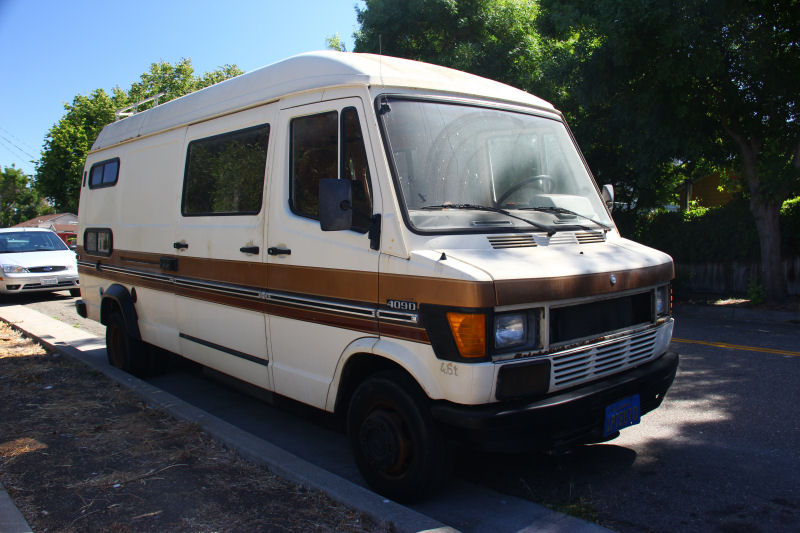 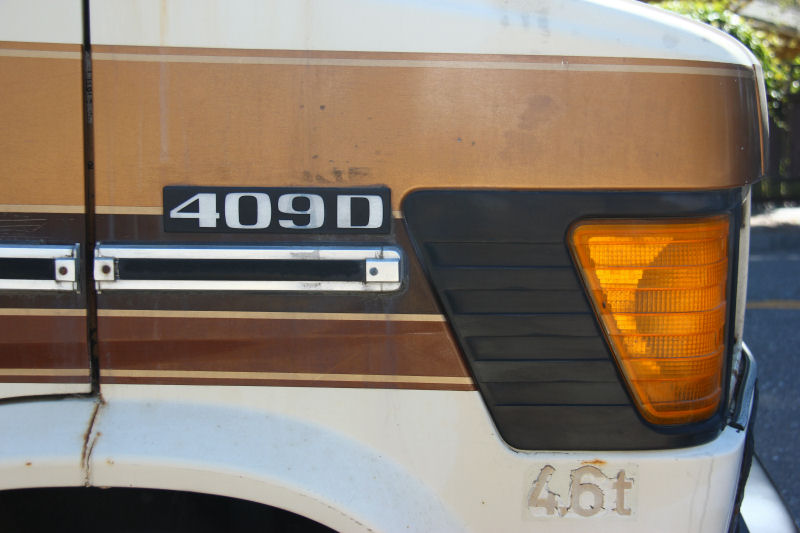 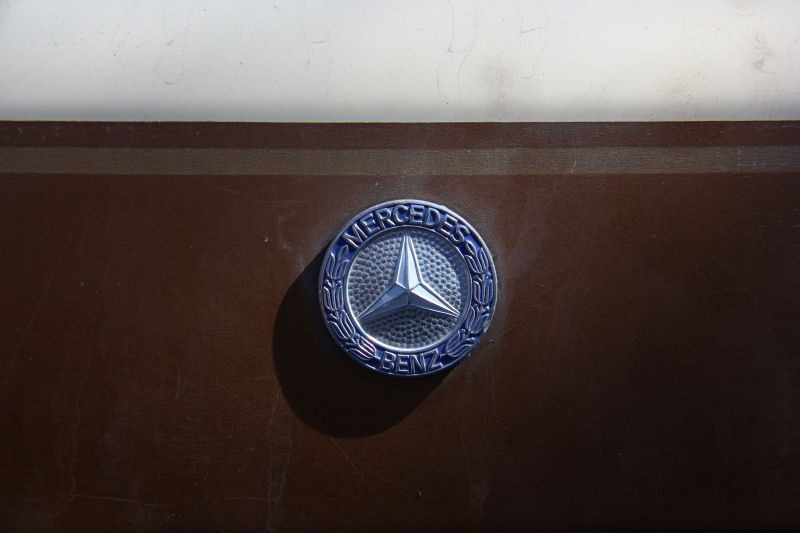 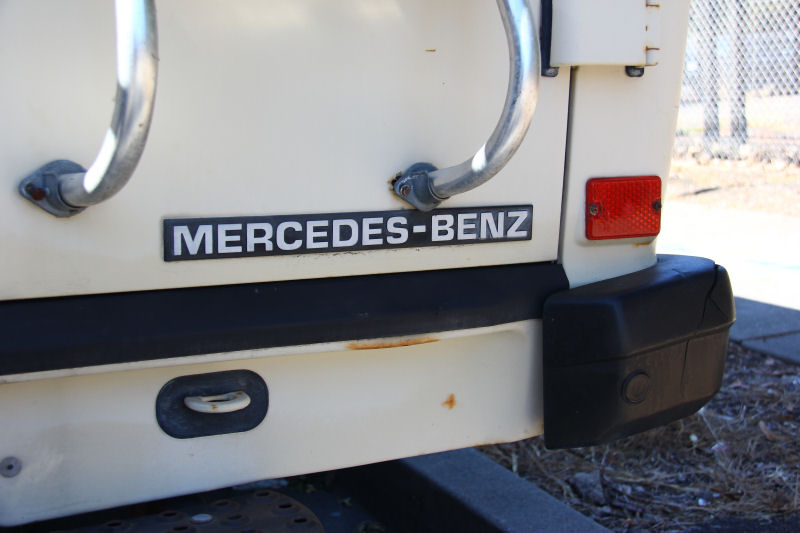 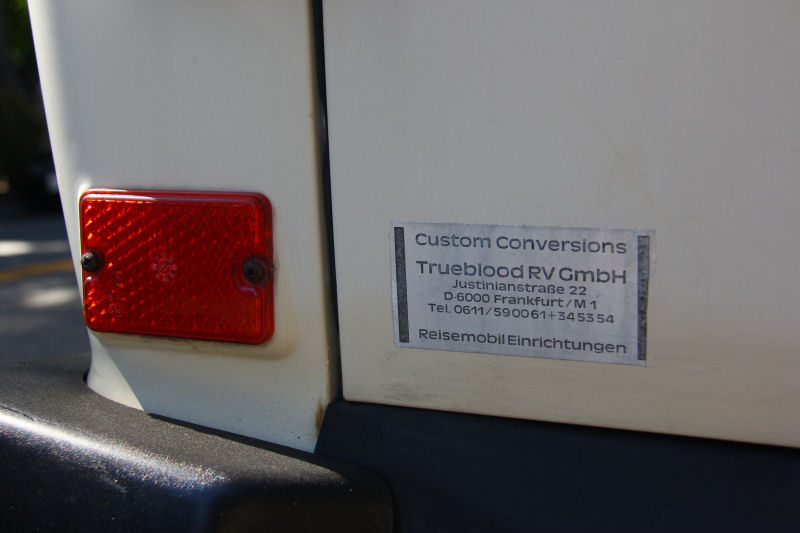 I have to say that I was thrown for a loop when I was cruising through Berkeley and sighted a curiously European-looking old van. It confused me enough that I drove around the block and doubled back for a closer look. Without the black horizontal bar grille and its prominent three-pointed star, a Mercedes 409D looks quite generic at a glance. The unusual window arrangement on the right side with two levels of small sliding windows suggests dual bunk beds as mentioned by the owner on the forum. I suppose this is a workaround for a vehicle that can't fit the traditional queen bed many Americans are used to having in the back of an RV. How else are you going to sleep two people in a van with opening rear doors?

This Mercedes is a pretty interesting camper that hopefully is getting the attention it deserves. It definitely isn't your uncle's Minnie Winnie.
Posted by Jay Wollenweber at 12:00 AM