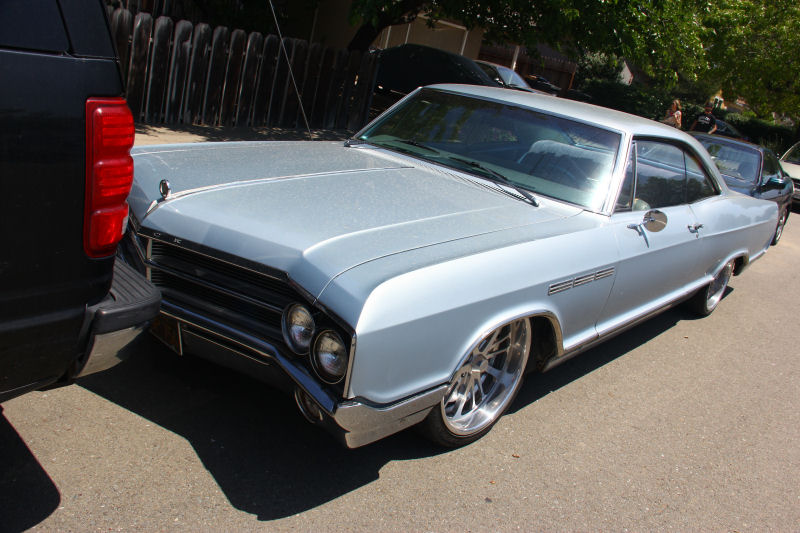 I could have owned this car.

In 2009 the Goodguys Rod & Custom Association chose a light blue '65 Buick LeSabre as their annual giveaway car for their Northern California shows. I entered to win it, but it was not to be. I enter most of the giveaway contests and have been a finalist twice (red 1965 Mustang notchback and yellow '69 Chevelle SS 396), but have never gotten lucky. This is the car they gave away. 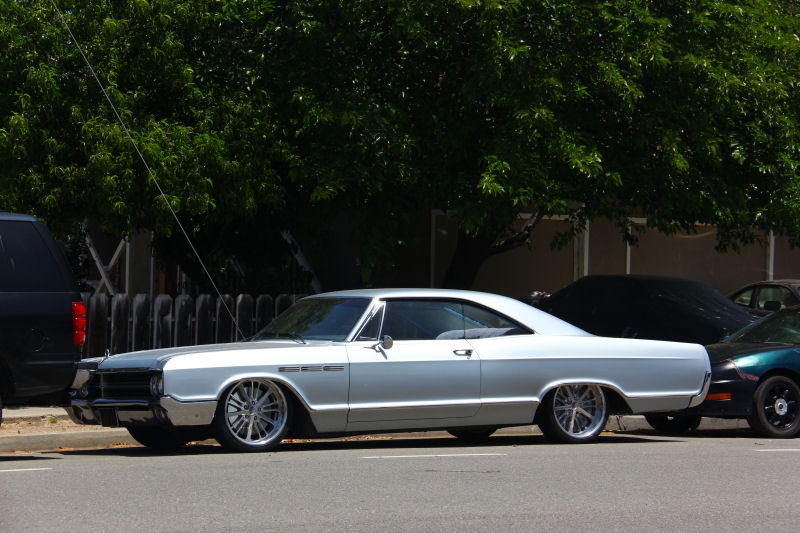 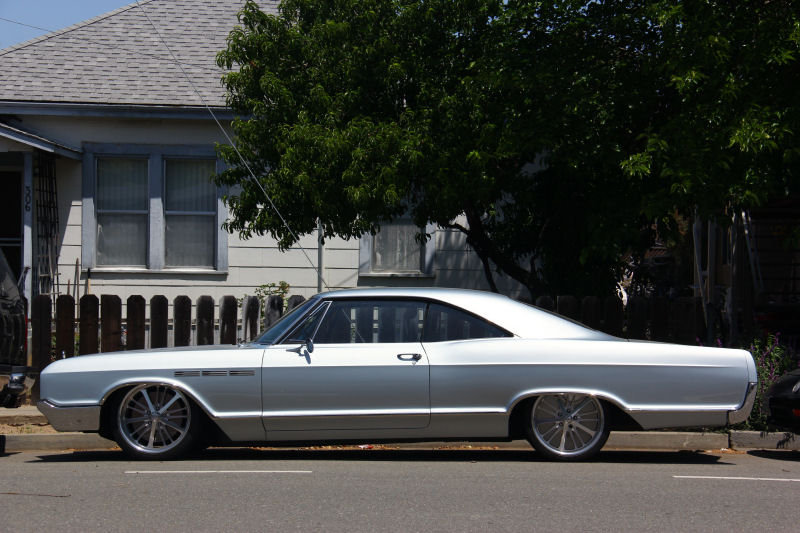 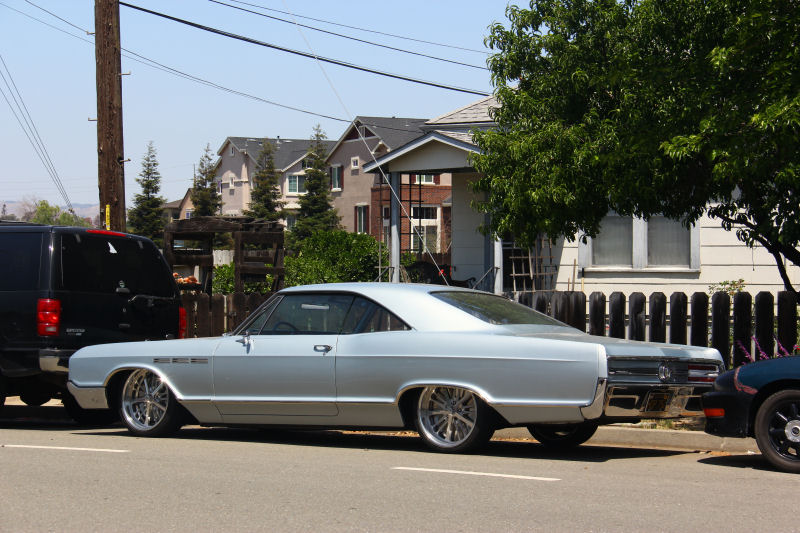 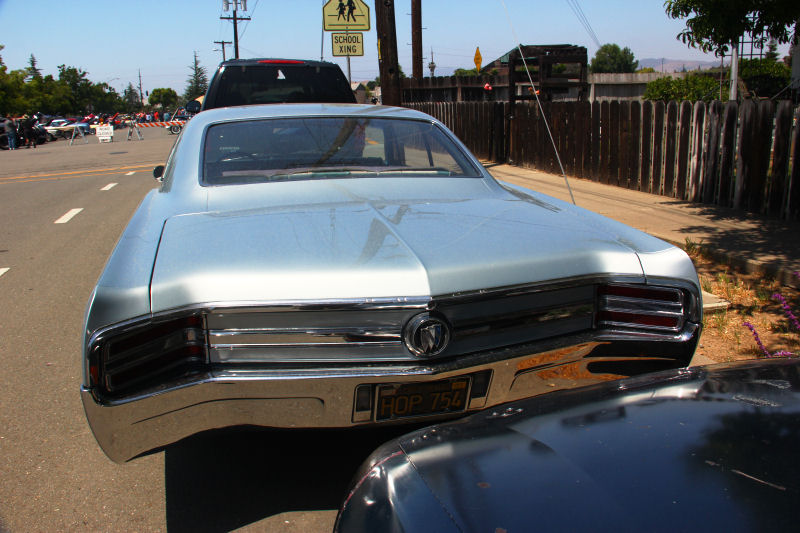 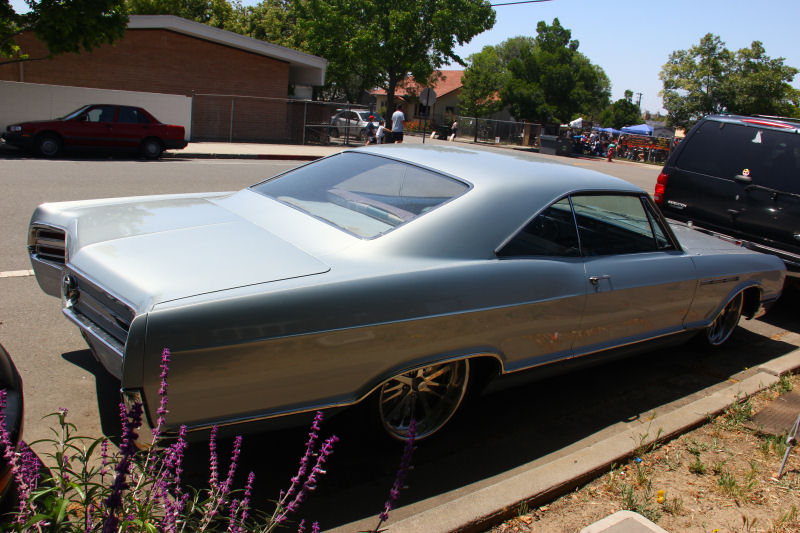 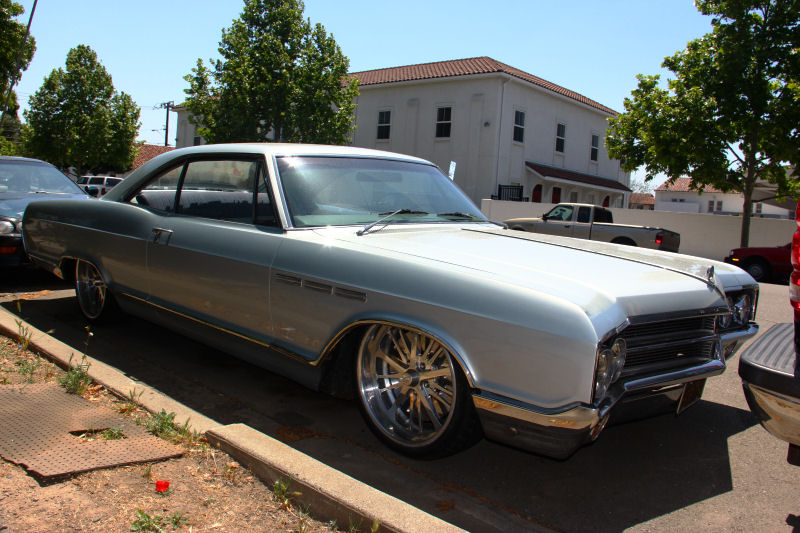 The '65 LeSabre was Buick's mid-range large car, available in sedan, four-door hardtop, coupe and convertible body styles. Engines included one of four V8s hooked to an automatic transmission. The 364 cubic inch Nailhead V8 installed in this car isn't one of those factory options and probably comes from a 1964 or older car. According to the Goodguys press release associated with the giveaway promotion, this car also has aftermarket air conditioning by Vintage Air, wheels by Intro and paint by Sherwin Williams. No word on whether it's a stock color but it resembles Astro Blue Metallic. This car has aged some since the giveaway and had some additional work done. The owner installed silver filler discs behind the wheels to hide the brakes, presumably to give the illusion of modern large-diameter disc brakes all the way around? I'm not really sure. The interior could benefit from some work, mostly in upholstery and the rear package tray area. 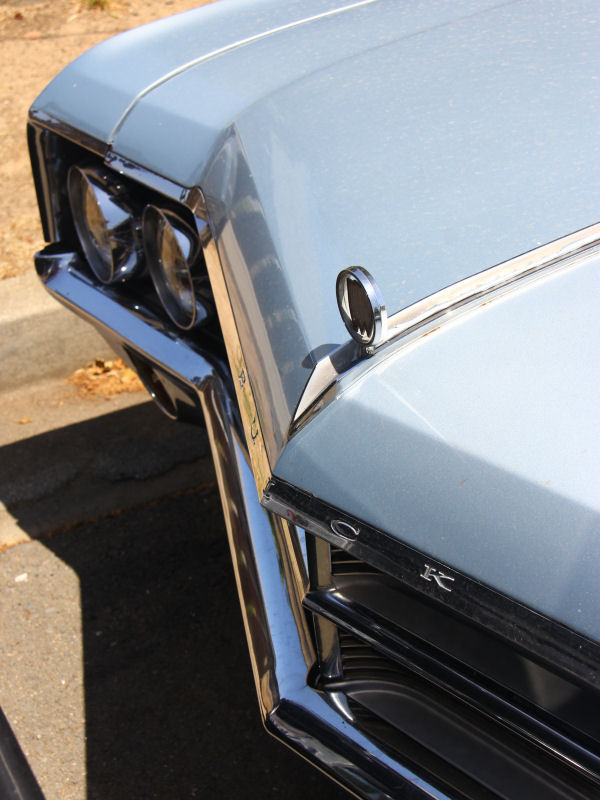 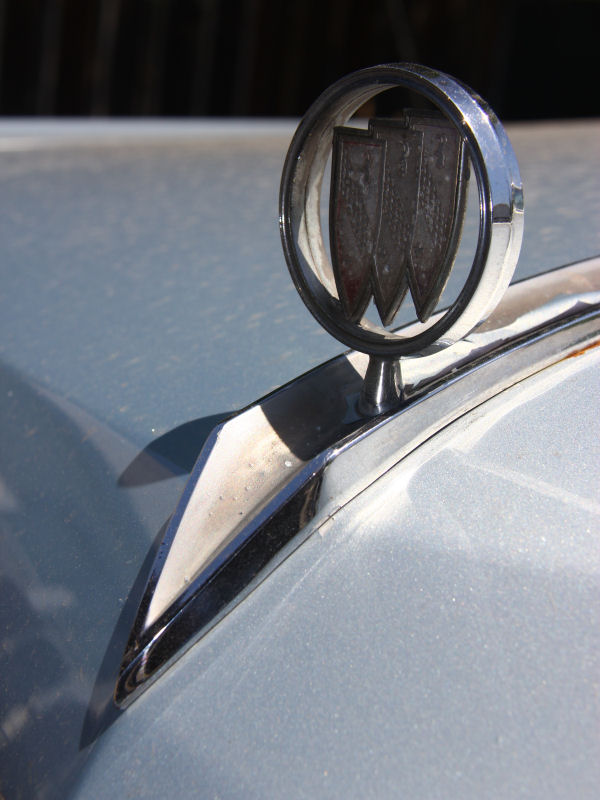 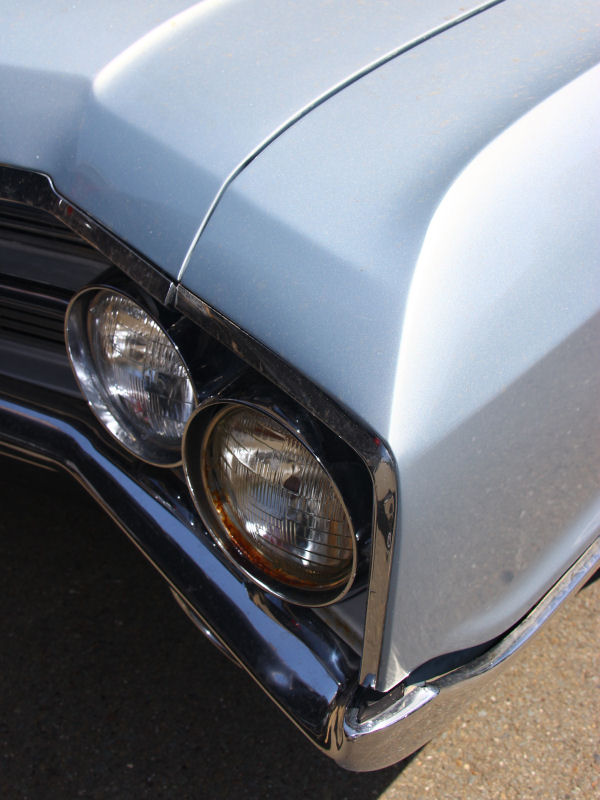 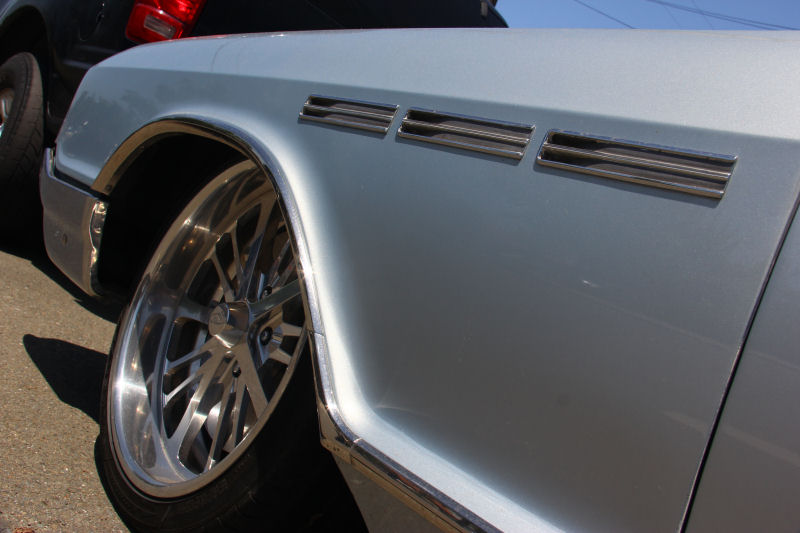 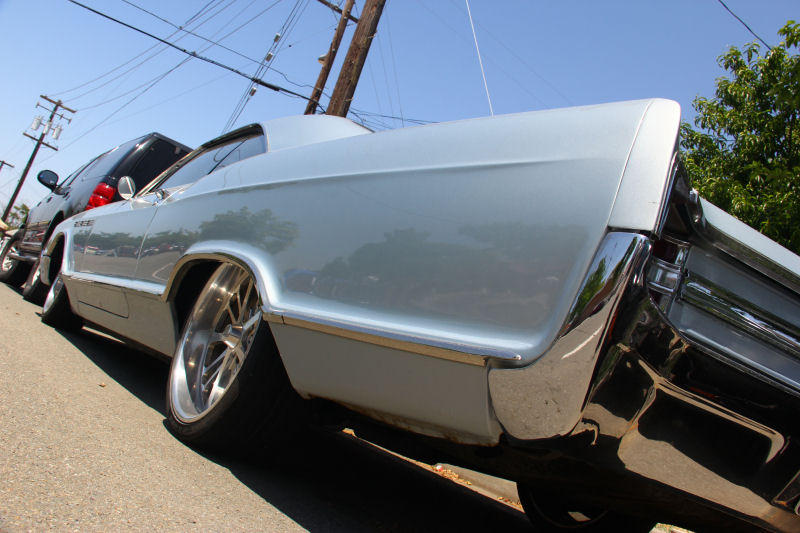 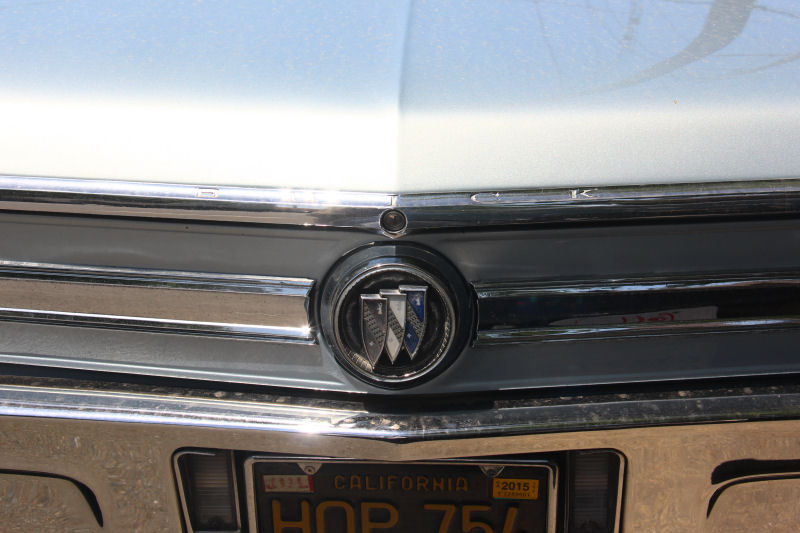 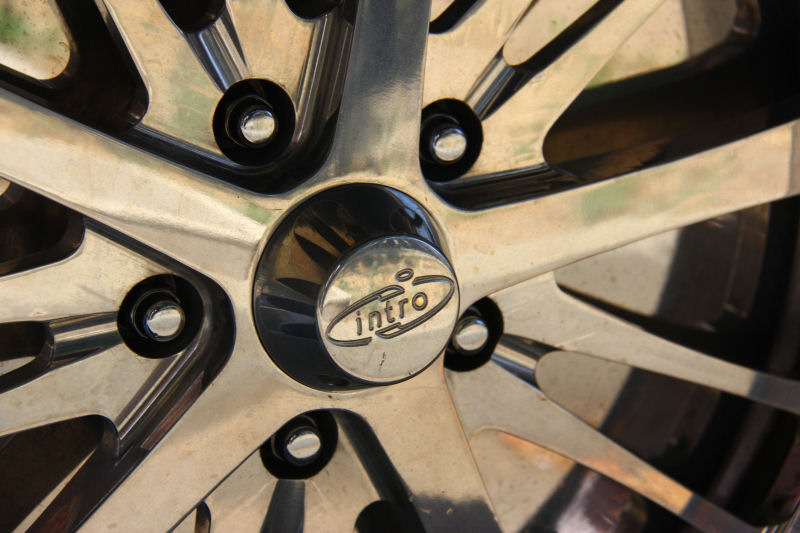 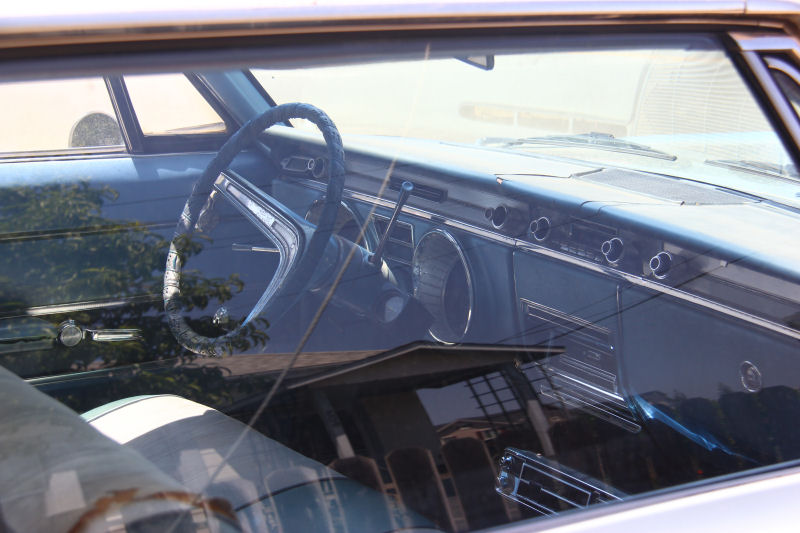 Ever since I first laid eyes on this big coupe I thought it was a very handsome car. It might have been fun to win but would have been difficult for me to own, store and maintain. I'm happy that someone else is enjoying it.
Posted by Jay Wollenweber at 12:00 AM