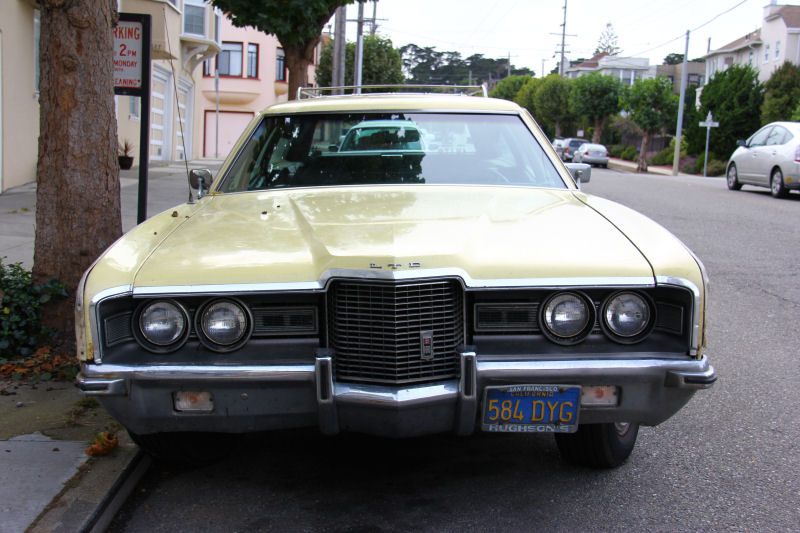 I often find myself becoming nostalgic for the days of the traditional American station wagon. They're big, spacious and to me they just look cool. Of course, I never had to ride in one on a family road trip, frying my backside on hot vinyl seats through untinted windows, getting carsick on the highway while choking on exhaust fumes sucked in through the open tailgate window. My parents both owned at least one compact station wagon each years ago, including a Chevy Vega Kammback, Ford Escort and Chevy Cavalier RS. But that was before I was born, and neither of them ever had a monster barge like a '71 Ford LTD Country Squire. 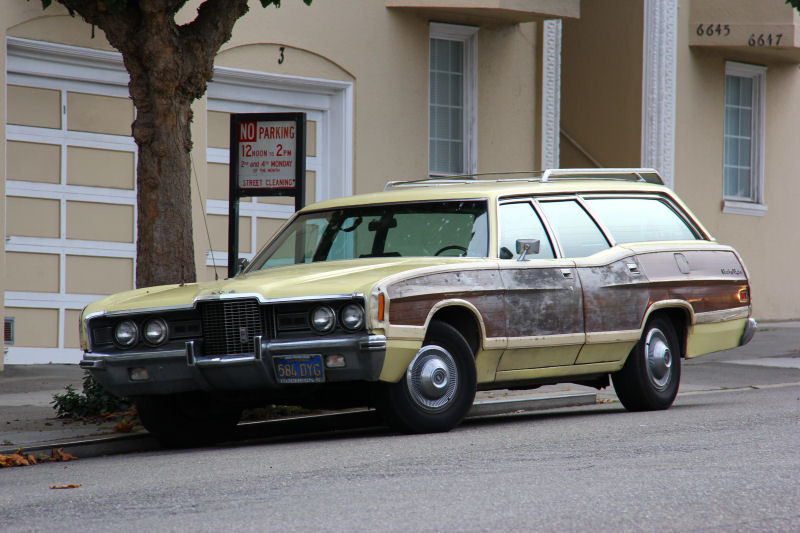 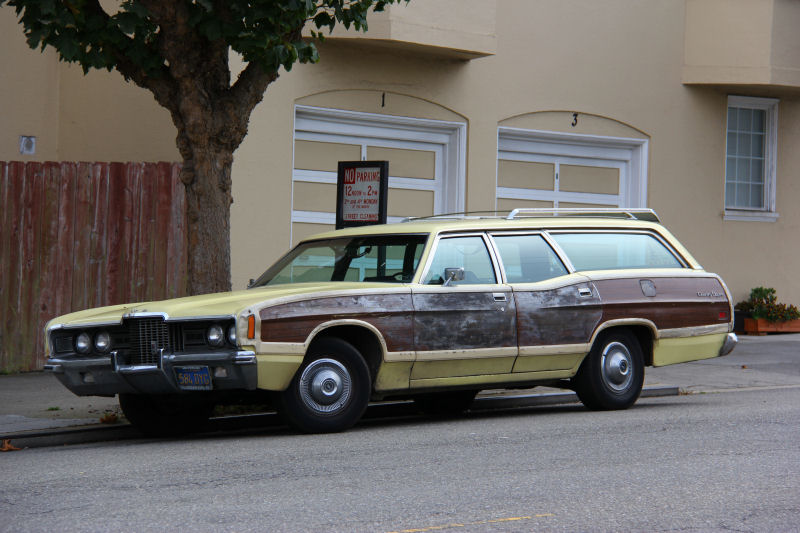 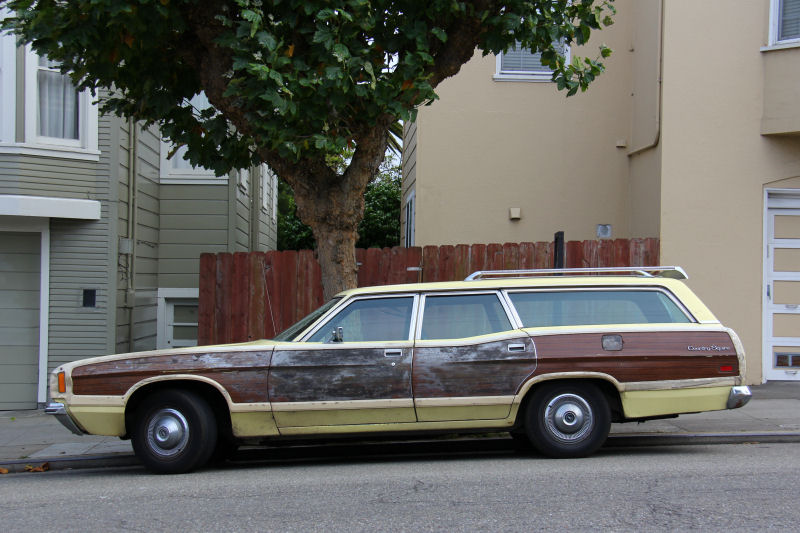 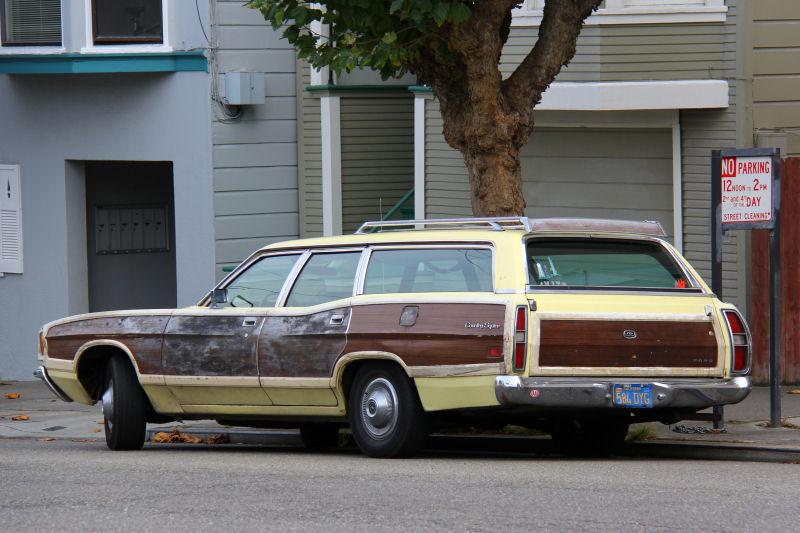 The '71-72 Fords always appealed to me for some strange reason, especially in wagon form. The pointed front grille and quad headlights appeared on a lot of the cars I drew in elementary school. 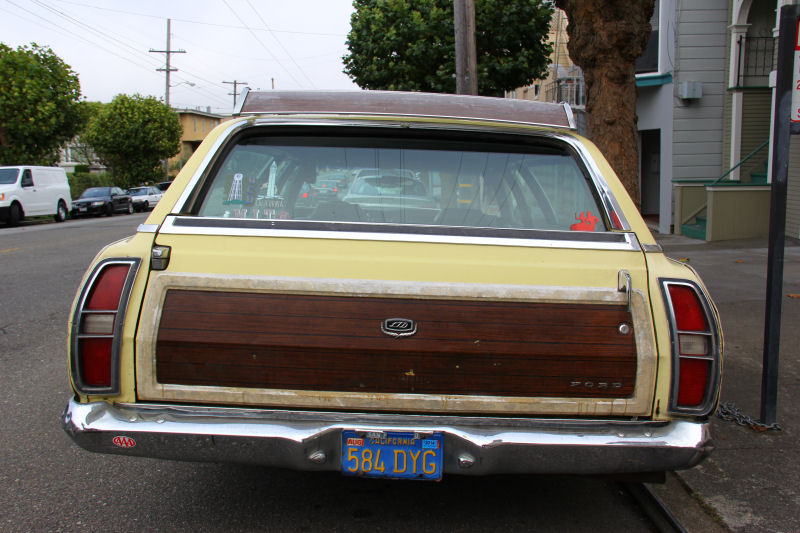 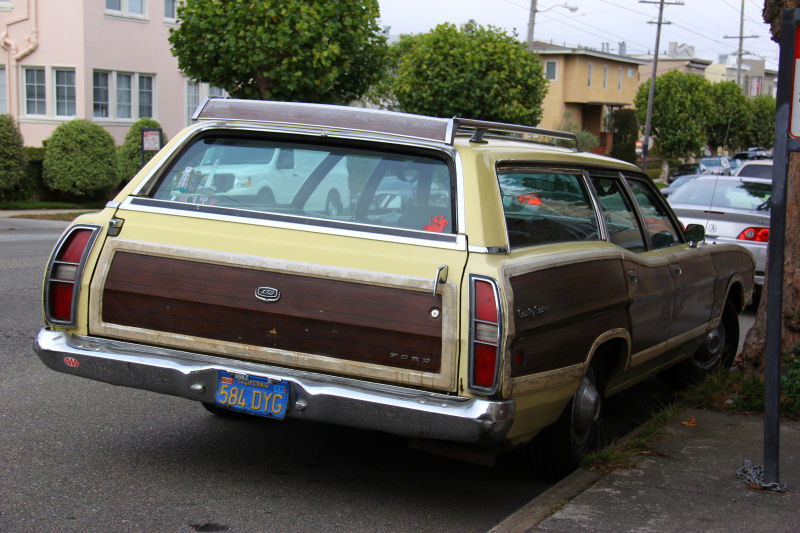 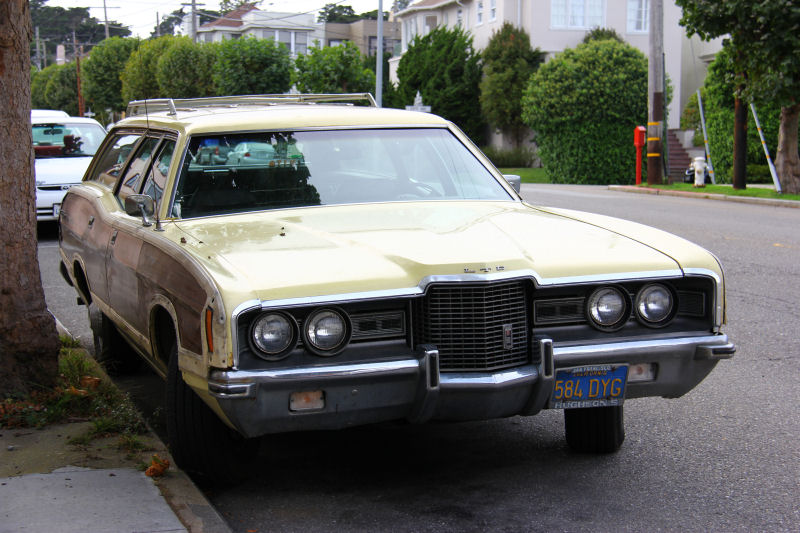 The most fascinating detail of this car for me is actually the dealership frame on the license plate. Hughson Ford in San Francisco was the first Ford dealership, ever. William Hughson had a machinery parts supply company and wanted to sell horseless carriages after he saw the first Ford prototype demonstrated at a bicycle and machinery convention in Chicago in 1902. He purchased twelve of the first cars produced by the fledgling Ford Motor Company in 1903 and shipped them to San Francisco to sell to customers. It took three years to convince buyers that the vehicles were anything more than a novelty, and only after some of Hughson's inventory was pressed into ambulance and rescue duty following the 1906 San Francisco earthquake and fire. Hughson Ford operated in the city until 1979, ten years after Bill Hughson's death. 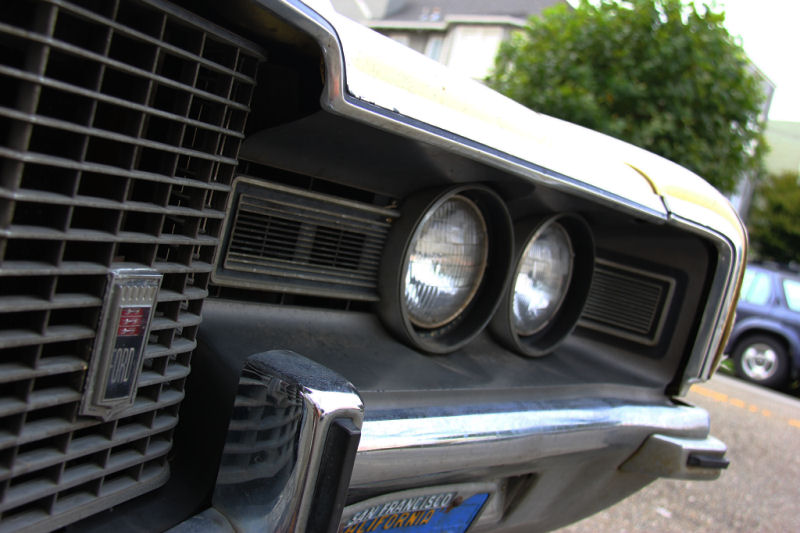 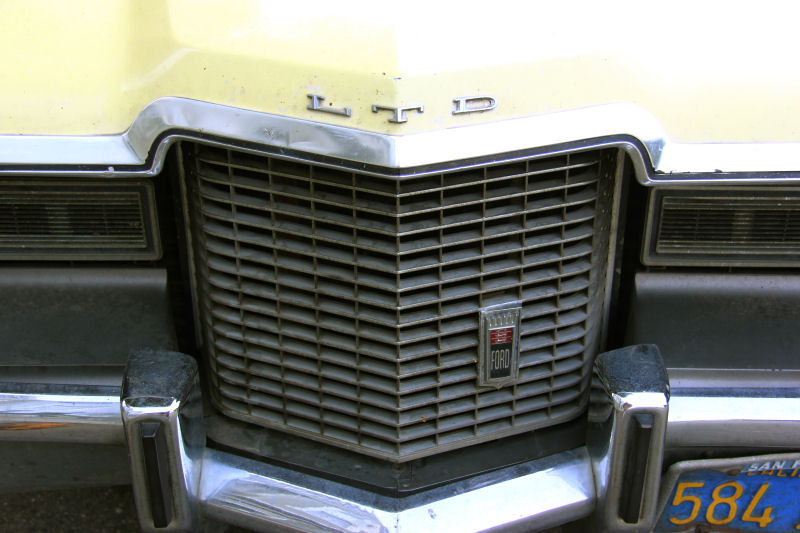 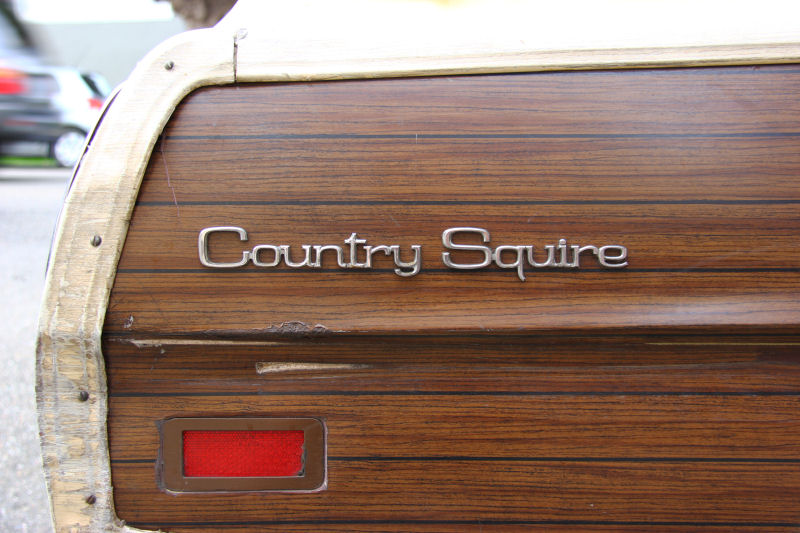 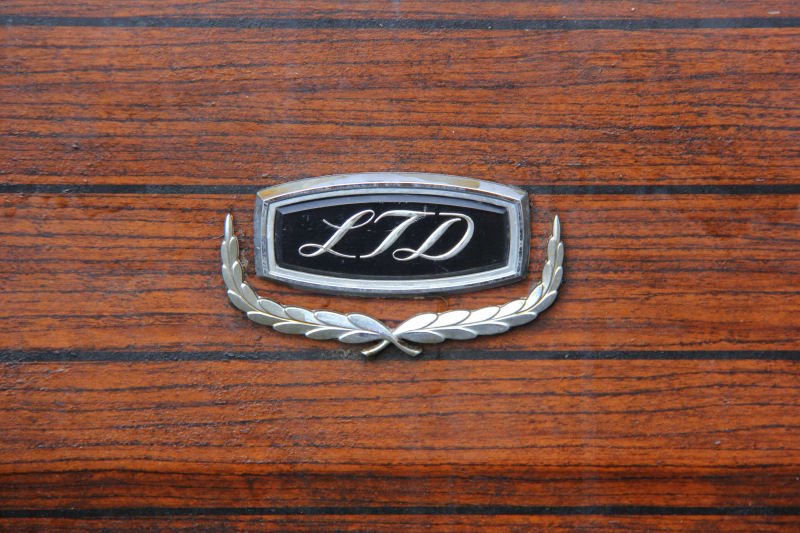 This car presumably was sold new through Hughson Ford, so I expect it's lived its whole life in and around the Bay Area. Time has not been kind to the fiberglass and vinyl woodgrain side trim, though the steel body has held up well. Body trim and hubcaps are all accounted for, down to the rear wind deflector and accessory rub strips on the front bumper corners. Heck, I'm pretty sure the paint is original. It's not super old but it's still a survivor in a town where big gas guzzlers long ago fell out of style. Whether the owner drives it by choice or out of necessity, this Country Squire is eighteen feet of awesome.
Posted by Jay Wollenweber at 12:00 AM