I've long been curious as to what happened with Chrysler's design studios throughout history. When they get it right, they tend to get it really right. When they get it wrong, they get it seriously wrong. And somewhere in between is the rest of their cars, many of which these days are nothing to write home about. 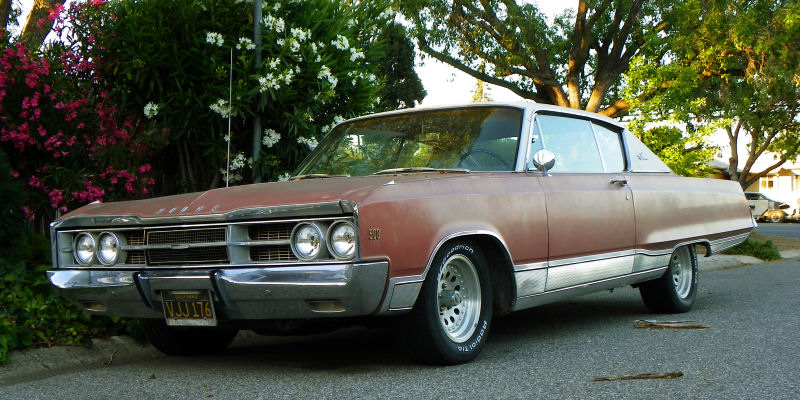 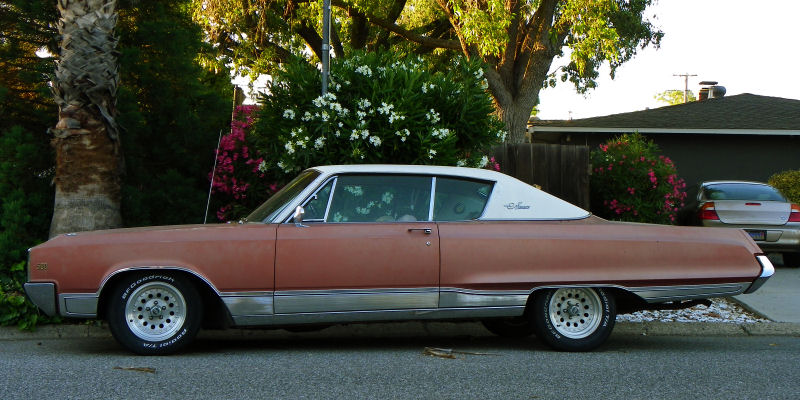 Back in the mid-1960s, Chrysler was hitting their stride with a lot of good-looking cars. After the disastrous first half of the decade when Virgil Exner's Forward Look transitioned to "downsized", garbled messes of car designs that just looked wrong from every angle, it was time to rethink their strategies for competing with Ford and GM. Some may defend the cars as looking different from the competition, and they certainly did. But different doesn't always sell. Chrysler learned from their mistakes and started turning out some better-looking iron. Come 1967, Dodge tried some interesting things with their lineup. One of those things was the restyled Monaco. The 1965-66 Monaco coupe was a fairly basic design with a flat beltline and lightly sculpted slab sides. It was based on the full-size Polara and, aside from the unique, nearly full-width trapezoidal taillights that appeared mildly perturbed, it didn't have much to set the new model apart from the Polara. Front-end styling has always been an important way of distinguishing a new car, especially one that's really a gussied up version of a cheaper model. So for 1967 Dodge had to jazz things up. 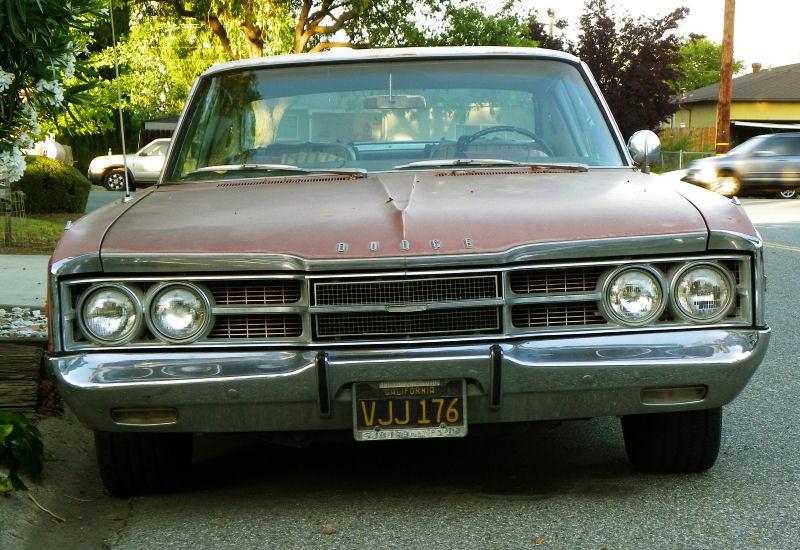 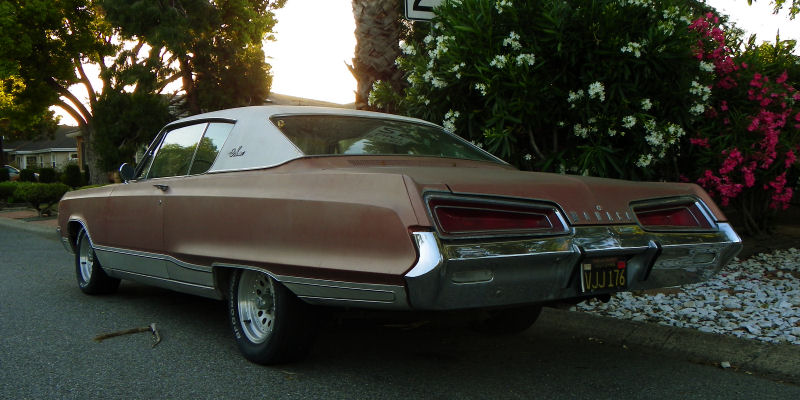 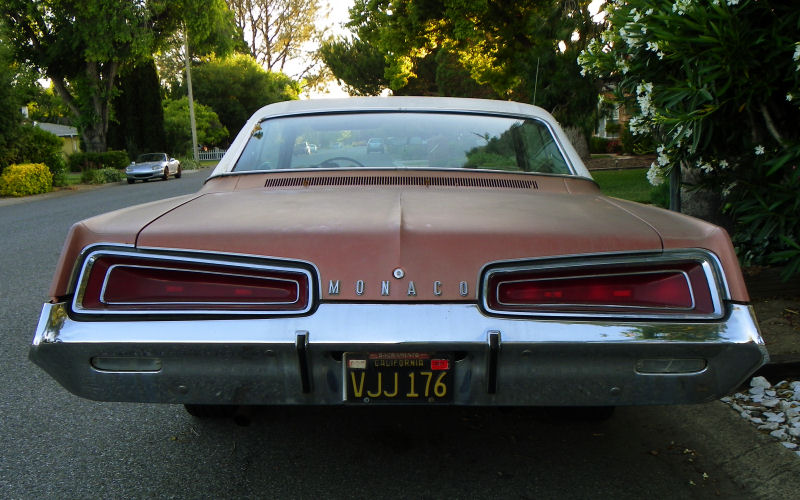 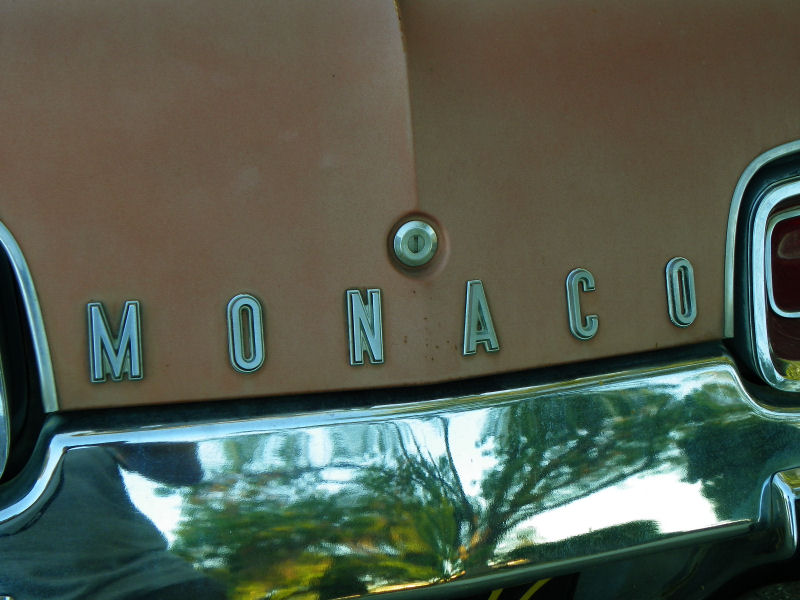 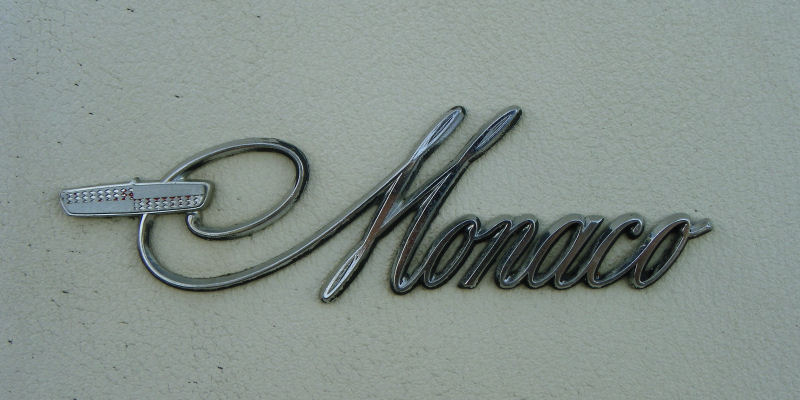 Gone was the old body, in came a more sharply creased, angular look which utilized several design details inspired by (read: copying) the Pontiac Grand Prix (which was the Monaco's primary competitor). Because you can't have the Monaco Grand Prix without "Monaco" coming first. Clever.
The Monaco features copious aluminum brightwork below the curiously kinked lower bodyline, a formal rear wheel opening and a deeply creased character line above the wheel arch. The front grille is unique, with a protruding center eggcrate bit bearing the Monaco crest. The car's profile is striking with its thick C-pillar and tapering rear which ends in a sharp point. As if to emphasize the car's aggressive nature, angry trapezoidal taillights glare at anyone with the audacity to try and keep up with it - and a massive chrome bumper challenges anyone else who might get too close. The deeply set lights appear even larger than they are, thanks to red paint applied to their surrounding bezels. Lesser Polara models had simple silver bezels. My taillights are bigger than yours, pleb. Get out of my way. And oh yeah, see those big chrome letters? I'm driving a Monaco and you're not.
The vinyl roof seen on this upper-trim Monaco 500 2-door hardtop was an extra-cost option. The jury's still out on whether or not it helps the car's lines. (Note also the wide vent between the rear window and the decklid; this was for flow-through ventilation to the interior. Hopefully by 1967 they figured out how to keep rainwater out of the car.) A big car like this deserves a big engine, right? You could get one of these with a 375 horsepower 440 V8 if you felt like ponying up at the pump. Big sales, however, were not in the cards. Only 5,237 Monaco 500s found owners in 1967.
I'll put it bluntly: I don't think this is one of Chrysler Corporation's prettiest offerings from this model year. The front end styling looks tacked-on, and the pissed-off tail lamps don't really do it for me. Give me a '67 Plymouth Satellite or a GTX and I'd be tickled pink. I love the '67 Charger but it's too huge for me to live with. Still, the Monaco coupe has more character than the four-door sedans and a brash, exotic look, at least when viewed in profile and from the rear 3/4 angle. The custom wheels on this car remind me of a circa-1990 Ford pickup, lending the car a tougher look. The faded brown paint also makes the car look like it means business, a look that might really be set off if it were painted black. As it sits, I'd rather the owner touch up the surface rust and go buzz down some back roads. Preferably dirt roads, fishtailing back and forth while listening to some great classic rock.