I'll admit it, I've been hesitant to feature a Chevy El Camino here. Because I see so many of them, particularly of 1960s vintage, I generally pass them up. However, to date I've already done two Ford Rancheros, so it's probably time. Produced from 1959 to 1960 on the fullsize (Impala) platform, and 1964 to 1987 on the midsize (Chevelle/Malibu) platform, the El Camino is still a relatively common sight on California roads as a car-based alternative to a traditional pickup truck. 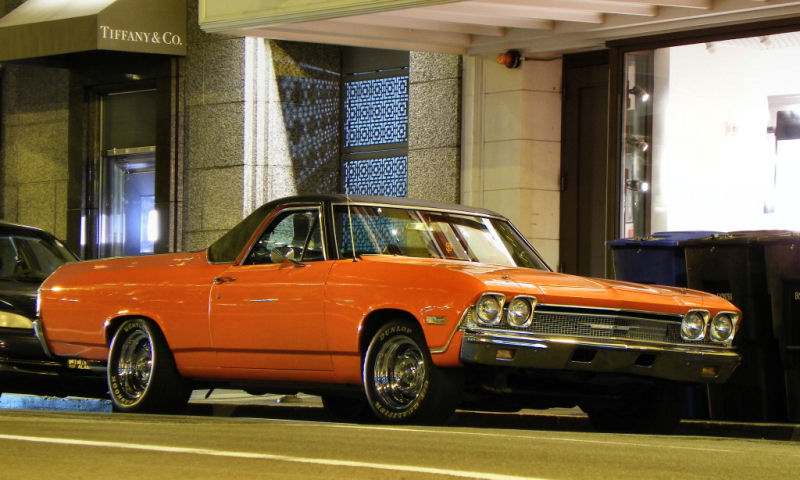 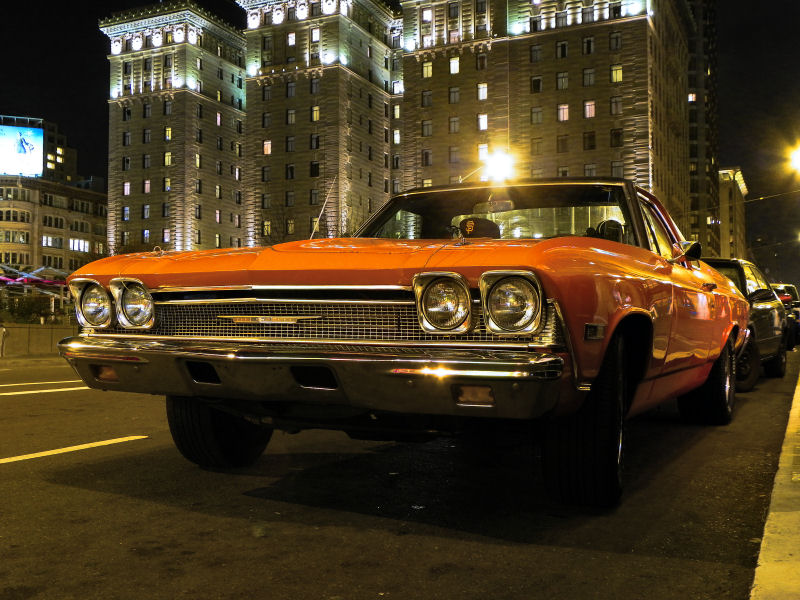 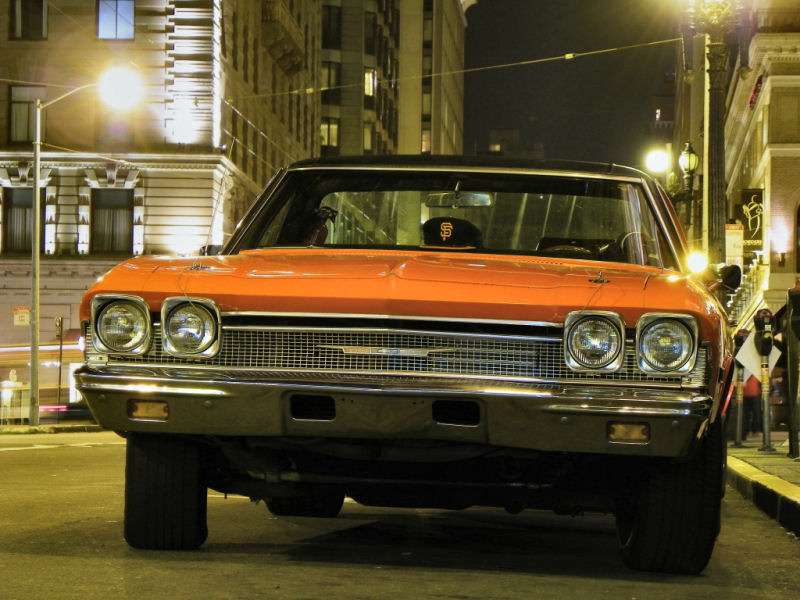 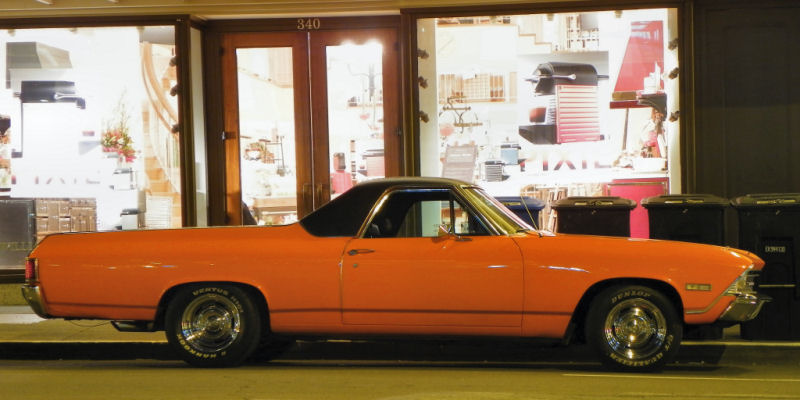 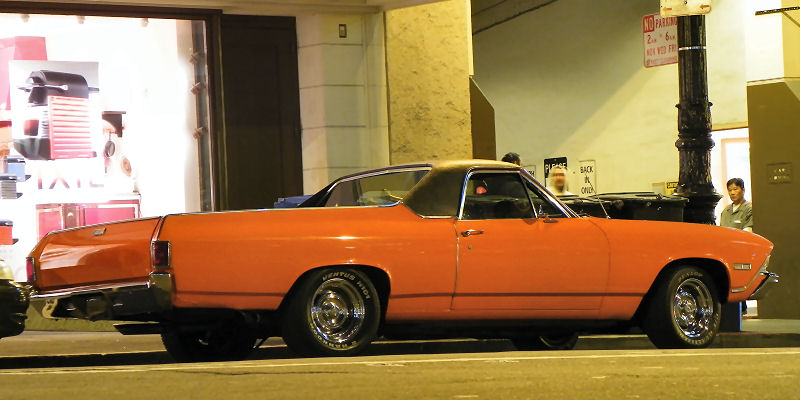 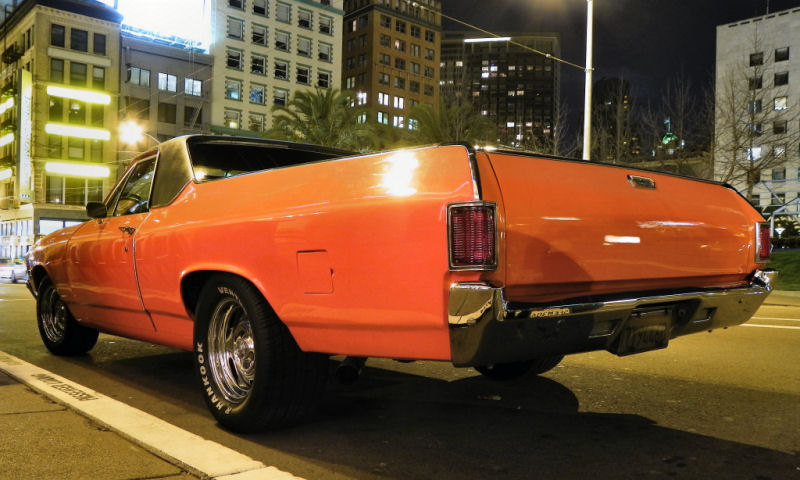 I've always been a fan of the 1968 Chevelles, so it makes sense that I would have a soft spot for an El Camino of the same vintage. I found this one parked on Post Street while returning from class late one evening. While orange and black wouldn't be my first choice for one of these, the owner is clearly a San Francisco Giants fan and it would be fightin' words to complain about his team of choice influencing the color of his truck. Honestly, I don't think it looks bad, and for some reason I love these little pickups with vinyl tops. This one features fat tires, chrome dual exhaust and hood pins, all suggesting more than adequate power underhood. And yet, it's all relatively subtle. No garish stripes or fake SS badging here, and the wheels are simple chrome Chevy Rallys. It looks well kept and I think it's a great example of the breed.
Posted by Jay Wollenweber at 12:30 PM