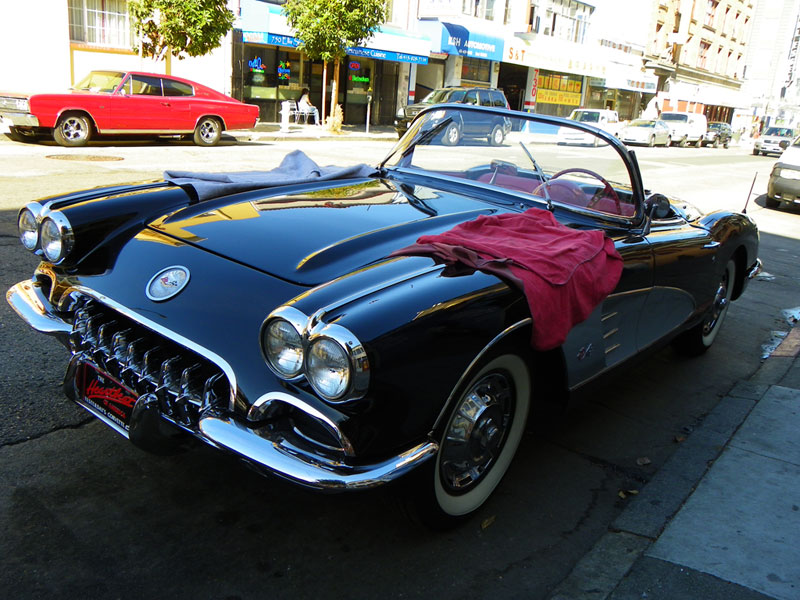 Old Corvettes are pretty few and far between when it comes to finding street-parked examples. So I cheated. This gorgeous 1960 Corvette roadster was parked outside of a repair shop in San Francisco, and God she's beautiful. I should check that shop out more often, since they also had a 1966 Dodge Charger 426 Hemi parked across the street (as seen in the pictures) and a black 1936 Ford pickup truck. I have seen the Ford at car shows and I believe one of the employees owns it. The Charger and Corvette are most likely customers' cars. All will eventually be featured here. Interestingly, the shop is across the street from a motel which frequently has some manner of old car in the parking lot as well. I've seen a '49 Buick Roadmaster, '57 Thunderbird, '59 Chevy Apache and a '67 GTO in their lot, to name but a few. 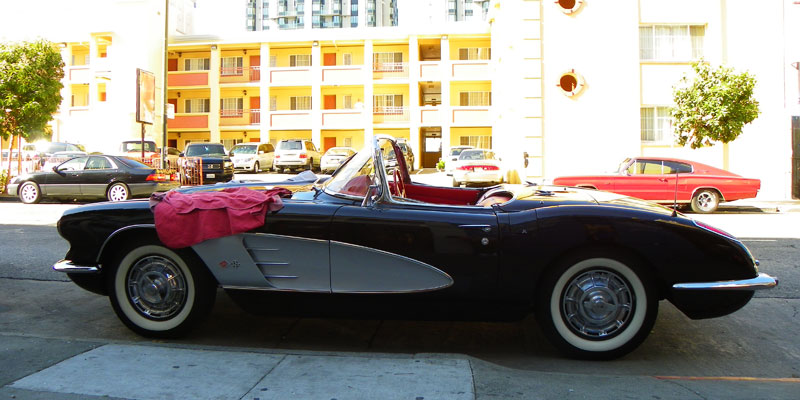 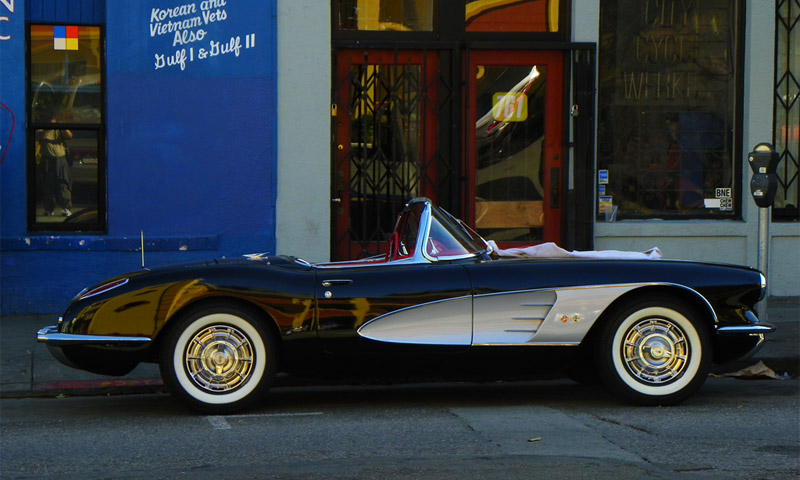 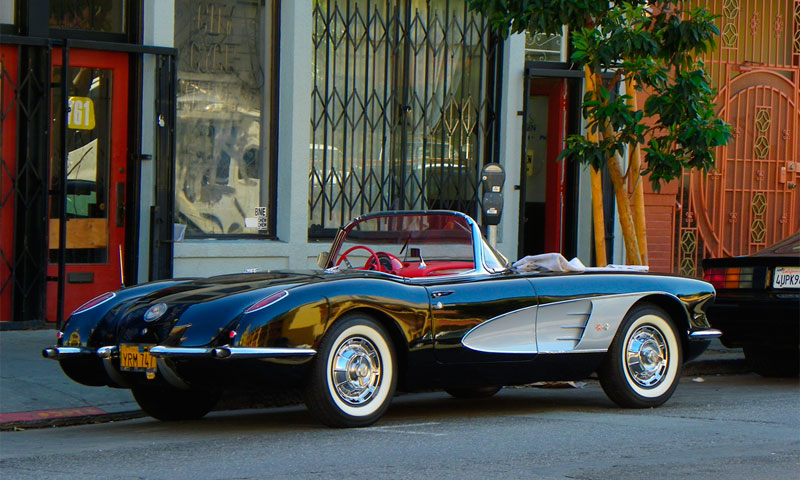 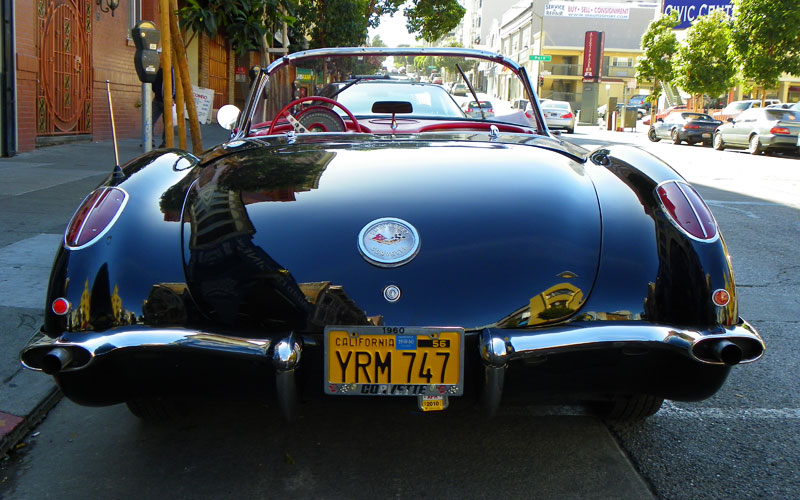 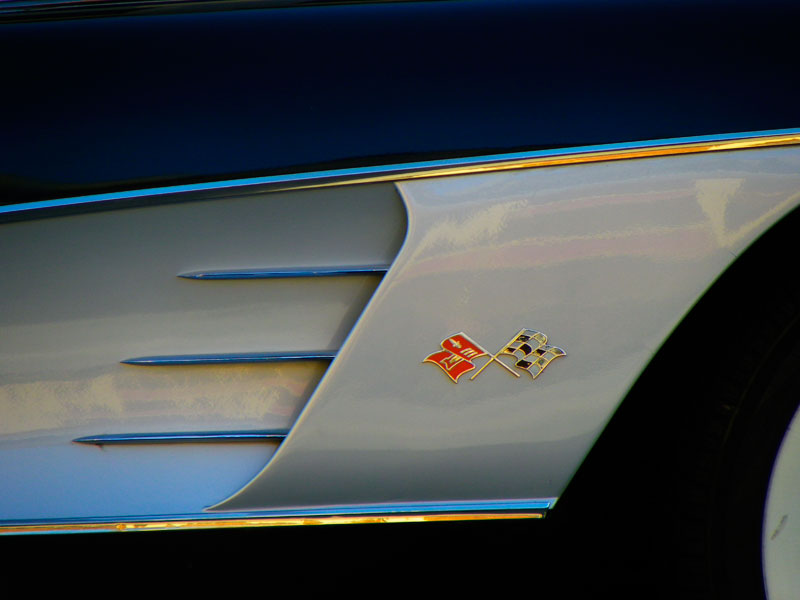 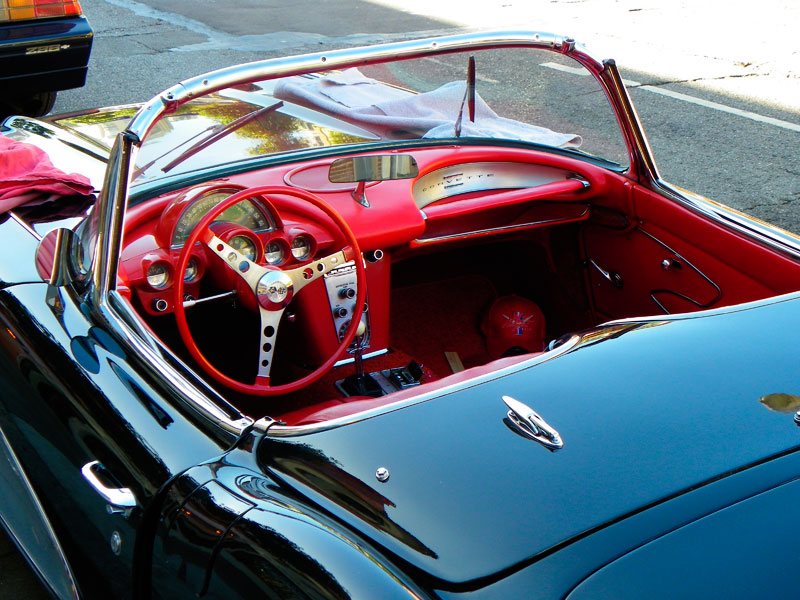 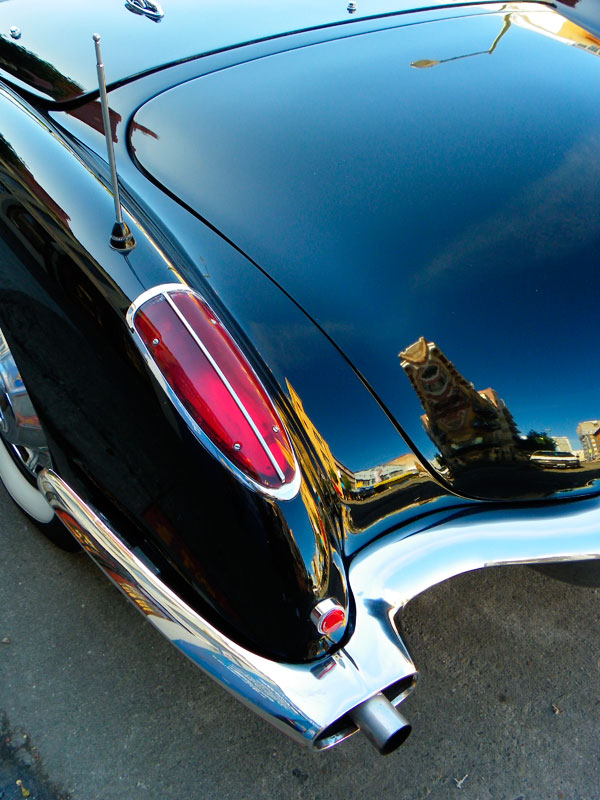 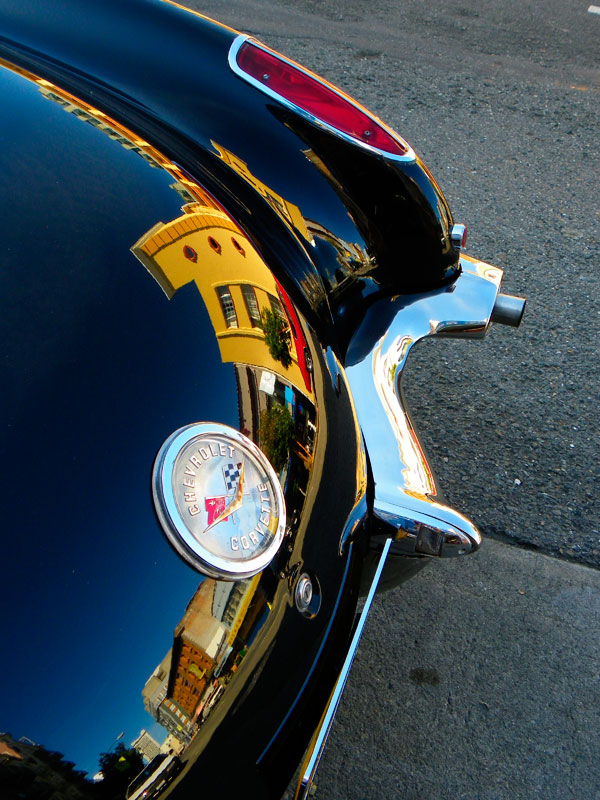 The Corvette was the brainchild of Harley Earl at Chevrolet. It was aimed as a small, lightweight, fiberglass-bodied sports car to combat the little European roadsters that had become popular following World War II. It was introduced for the 1953 model year and only a small number were sold in its first years. Early Corvettes were available only with a 235 cubic inch Blue Flame inline-six and a two-speed Powerglide automatic, not a very sporting combination. Only one color combination was offered: Polo White with black top and red interior. Chevys of the day were typically six-cylinders so I guess someone at GM figured it was good enough. Customers didn't agree, and sales were dismal. In 1955, Chevy brought in Zora Arkus-Duntov to turn the Corvette into a real competitor. The Vette also gained a small-block V8, and yet sales were still disappointing.

For about one year.

The Corvette was finally a real performance car. Lightweight and powerful, it could hold its own against domestic and foreign competitors (although it was handily outsold by Ford's more luxury-oriented competitor, the Thunderbird). By 1960, when this car was built, the C1 (first) generation was nearing its end. It had received quad headlights for 1958, and some minor exterior changes on a sleek body that made the early C1s look tiny and old-fashioned. The C1 would receive one final exterior refresh for 1962, when it was given a more boatlike rear end with four round taillights, a preview of the all-new 1963 C2 Corvette,
This fine example wears a handsome Tuxedo Black paint job with Sateen Silver side coves and a snappy red leather interior. It probably sports a 283 cubic inch V8 and manual transmission with floor shift. All the details are in place and the paintwork is flawless. The only things I question are the license plates. I understand that it lends the car a vintage look, but why 1956 plates on a 1960 car? Still, it's a beautiful example of a fine classic American sports car.
Posted by Jay Wollenweber at 2:13 AM