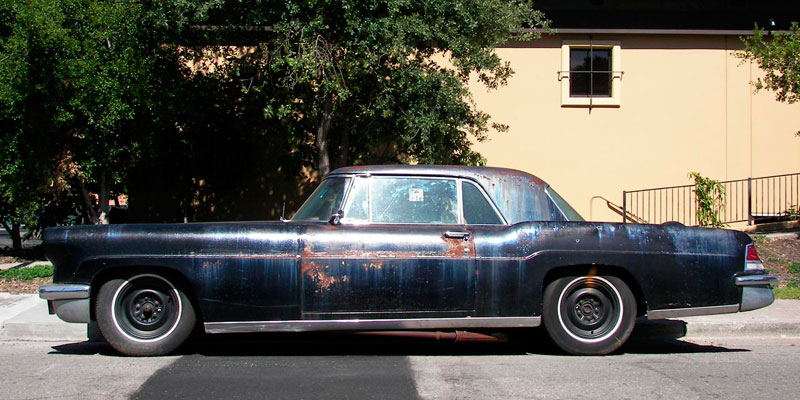 The hands of fate have not been kind to all of the old iron on California's streets. Contrary to popular belief, cars do rust here when not taken care of. Case in point: this rare 1956 Continental Mark II. Only about 3000 of these European-inspired boulevard cruisers were built between 1956 and 1957, and they were exclusive to the rich and famous -- because only the rich and famous could afford the $10,000 asking price. 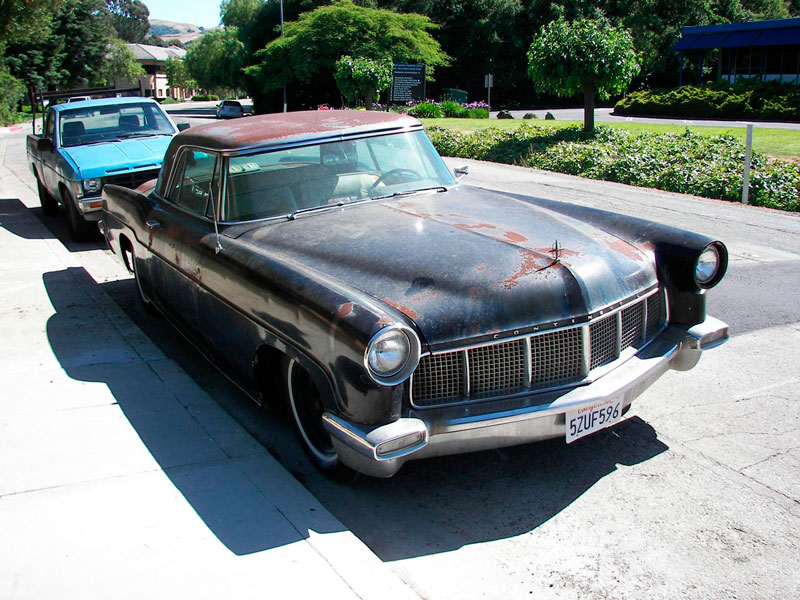 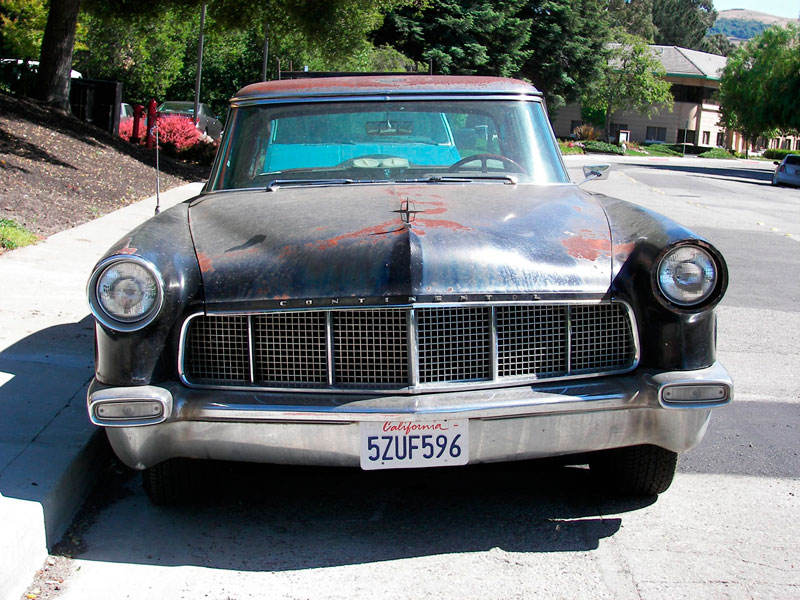 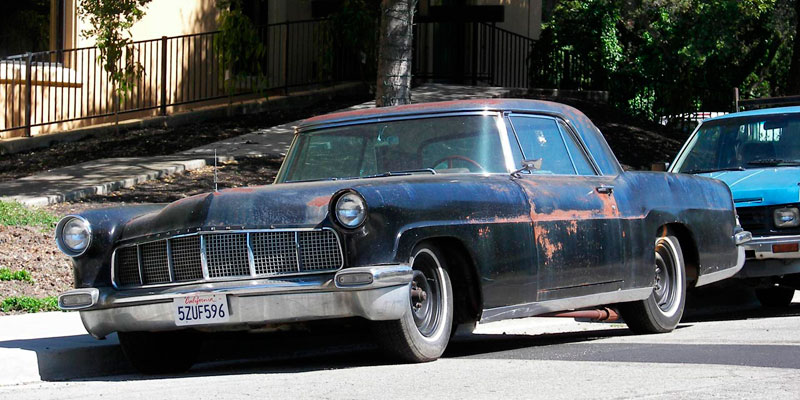 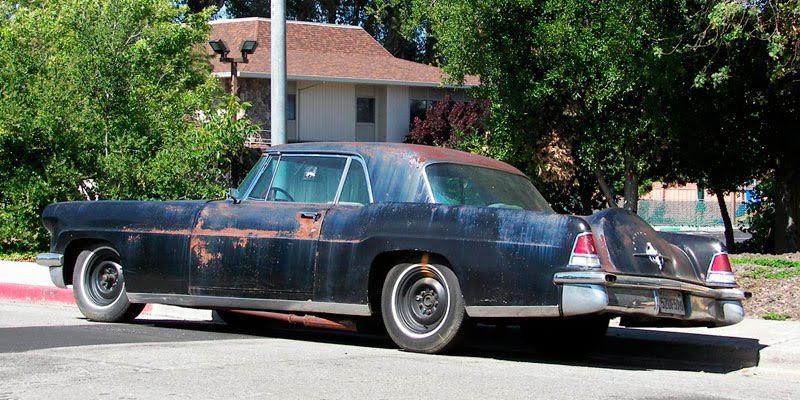 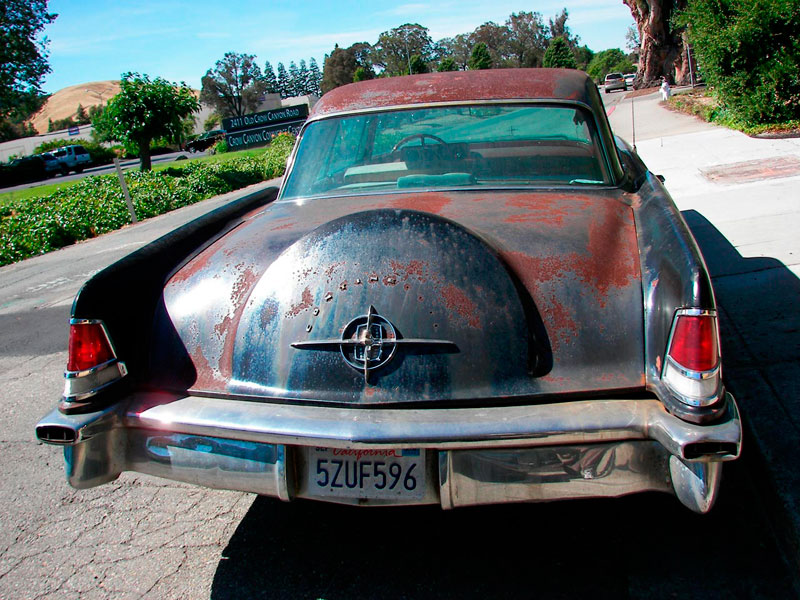 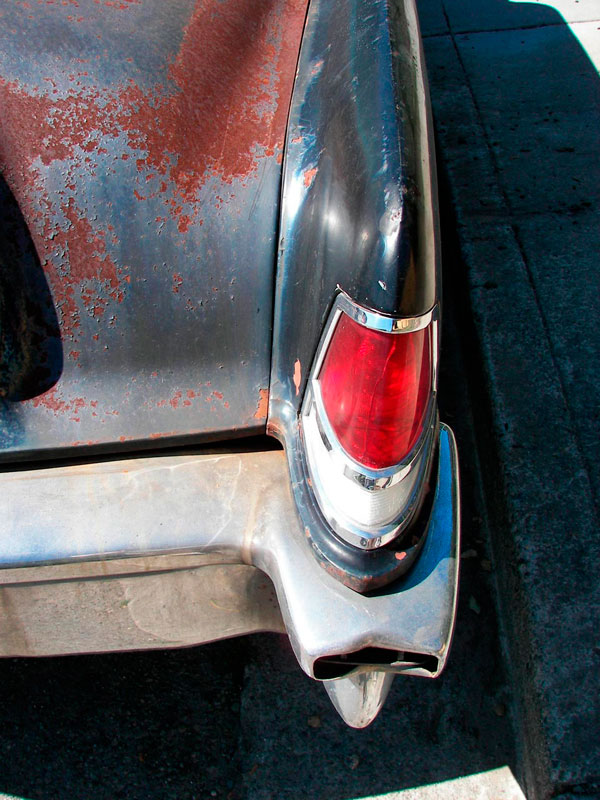 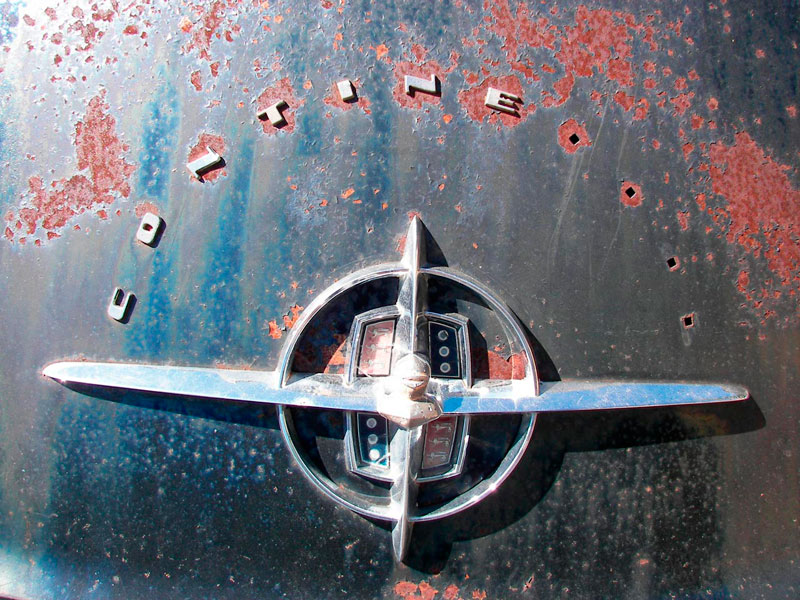 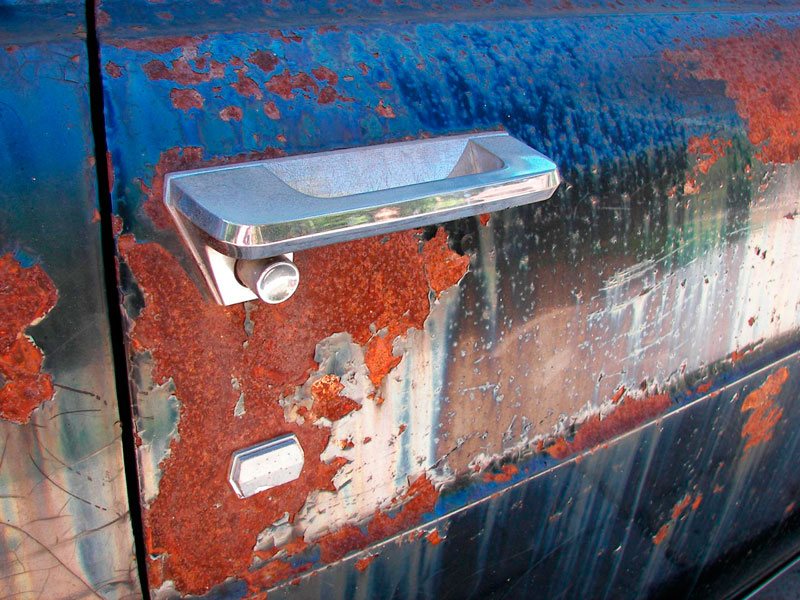 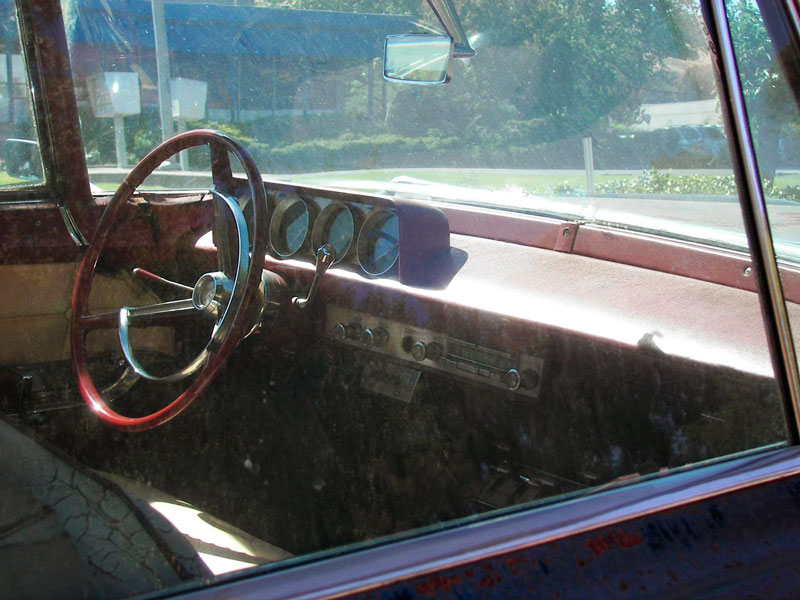 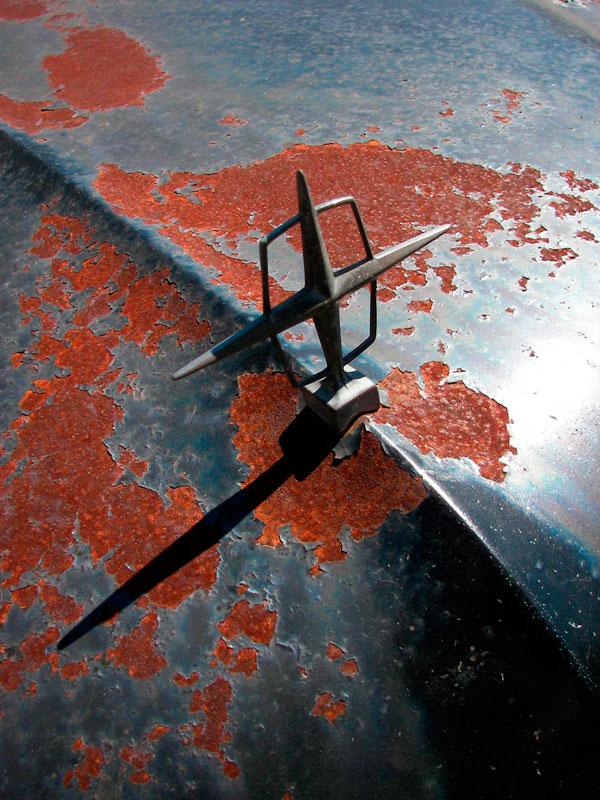 Today this example is in a sorry state, but at least it still runs. The owner seems to be a Lincoln Mark series collector of sorts as he also has a Mark III in similar condition. I remain hopeful that he restores them both in the future.
The Continental Mark II was an experiment by Ford Motor Company to build a unique personal luxury coupe capable of taking on the best from Europe. It was not badged as a Lincoln like its predecessor or its successors, but as its own exclusive brand under the Continental name. Costing about three times as much as the average car in its day, it was a toy reserved for the elite. Elvis Presley owned two.
Styling was a departure from the chrome-laden barges typical of American roads at the time. The lines were kept simple with a minimum of ornamentation. The garish fins and toothy grilles of Lincoln's competitor, Cadillac, were a far cry from the contemporary and elegant Continental.
It subscribes to a mixed aesthetic for design. Long hood and short rear deck follow the European formula, while the humped trunk lid hiding a spare tire was something of an homage to the original 1942 Continental. The fuel filler is hidden behind the left taillight. Exhaust exits through oval ports in the rear bumper below the taillights. On this car the exhaust has either been routed out the left side under the rockers or has become disconnected and fallen. It still wears whitewall tires, although the trademark hubcaps are missing.
There were a few changes between the 1956 and '57 Continental, virtually none of which can be seen on the surface. This one is likely a '56 without air conditioning going by the lack of an air intake vent behind the door, where the body kinks upward. It could be a '57 for all I know, as '57s had the air conditioning intake behind the grille.
These cars came loaded with a lot of things we take for granted in cars today. Power windows, power mirrors, power seats, power steering and brakes, power radio antenna, full carpeting and "Travel-Tuner" AM radio were all standard features. Air conditioning was a factory option equipped in roughly 75% of Mark IIs. Two-tone paint was optional but limited to a different color for the roof. Power came from a 285 horsepower, 368 cubic-inch Lincoln V8 routed through a three-speed Turbo-Drive automatic transmission. The engine was retuned for 1957 to produce 300 hp. The cars were hand-built and the quality showed. The expense and effort that went into them were so great that Ford lost money on every Mark II that rolled off the line. The Mark II was never intended to make money, though. It was not intended to be a sporty performance car, either (Mark IIs handled better than standard Lincolns but had weak brakes and 0-60 acceleration was somewhere in the 12-second range). It was supposed to be a showcase of the kind of luxury cars Ford was capable of building.
The Continental Mark II, while not technically a Lincoln, was very important to Lincoln and heavily influenced their future models. The four-pointed Continental star emblems and ornament remain the symbol of Lincoln to this day. Throughout the early 1960s, Lincoln Continentals wore handsome European-inspired lines with eggcrate grilles and relatively little chrome. Around the mid-sixties Lincoln started to lose their way, as their cars began to resemble lesser Mercurys. By the time the Continental Mark III arrived in 1968, Lincoln was trying to imitate Rolls-Royce with its upright waterfall grilles. Soon Lincoln was just another company producing luxobarges on the same platforms as generic Fords and developed a reputation for cheapness of materials and outdated chassis.
This example was probably very fetching back in its prime, wearing code 01 Black paint with what appears to be red or brown leather interior with white or cream accents. Mark II Interiors were understated two-tone affairs with seats upholstered in broadcloth, nylon, stitched Matelasse fabric, or vat-dyed Bridge of Weir Scottish leather. Forty-three interior combinations were available.
It will be interesting to see if this car - or Lincoln itself - one day reattains the level of quality and elegance it once had.
Posted by Jay Wollenweber at 7:53 PM