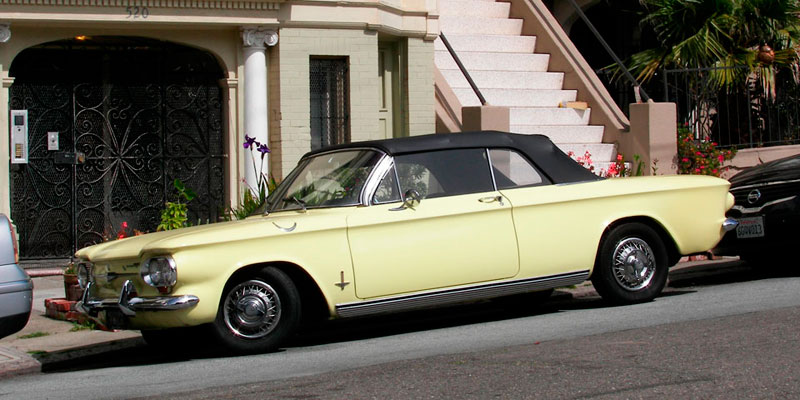 Name me a car available today with a rear-mounted engine, rear-wheel-drive, manual transmission and sporty performance.

You said Porsche, didn't you? Understandable. Now, let's add "available with four doors" to the criteria. Narrows things down a bit, doesn't it? 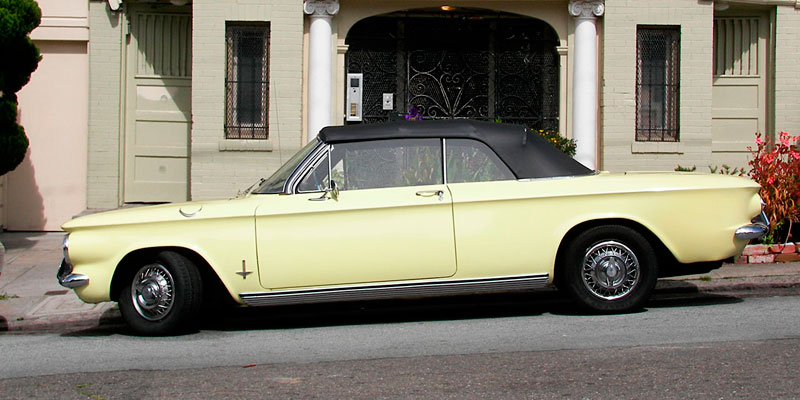 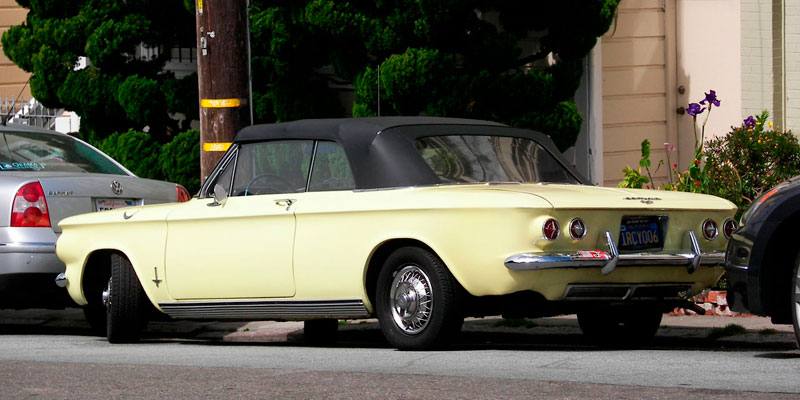 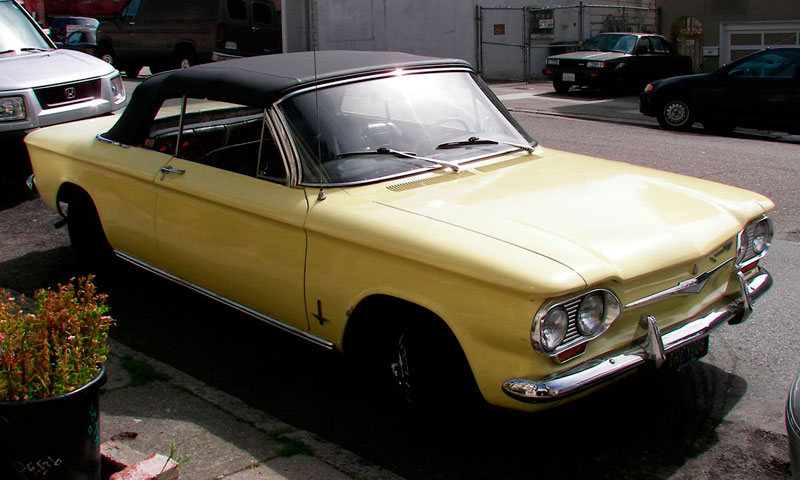 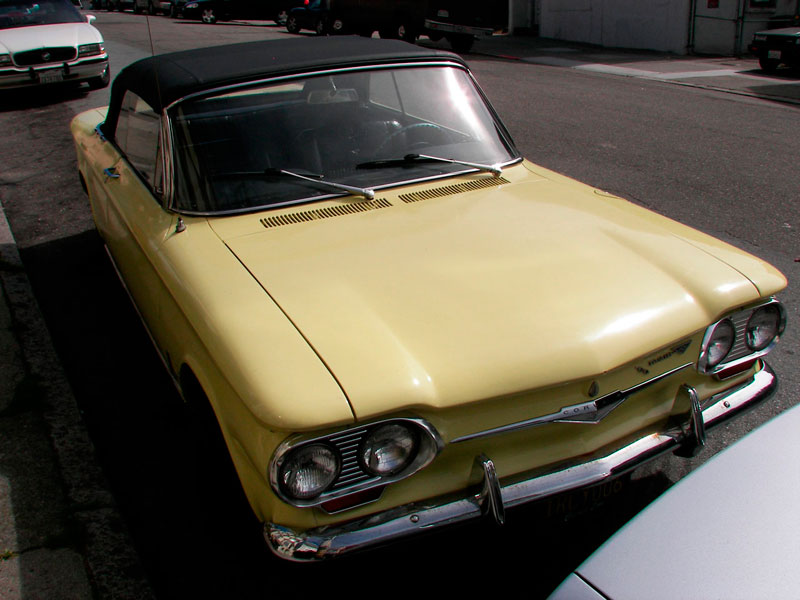 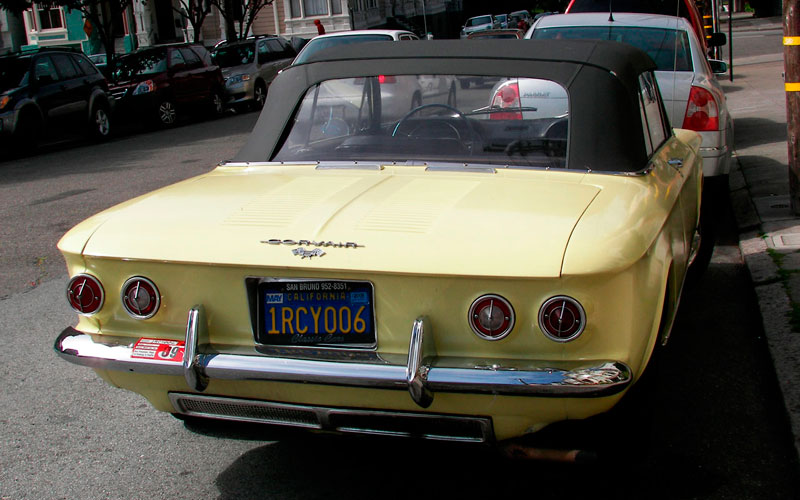 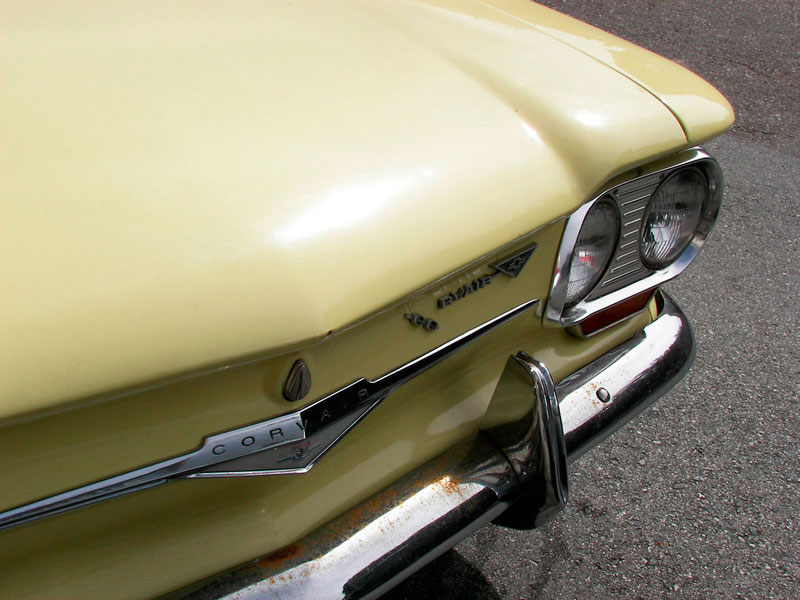 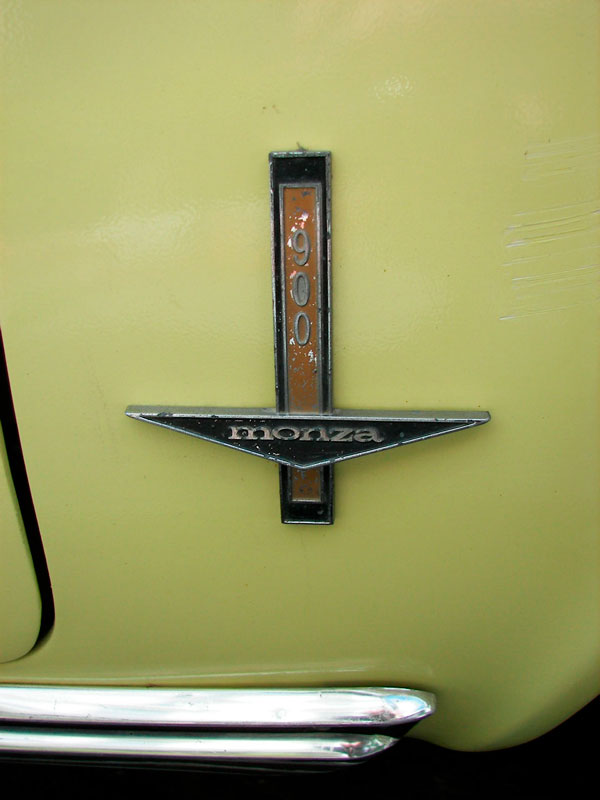 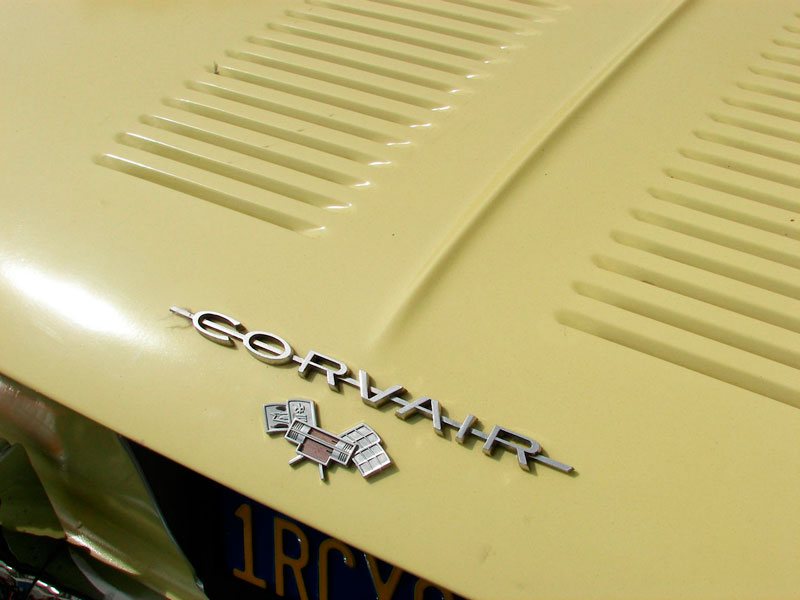 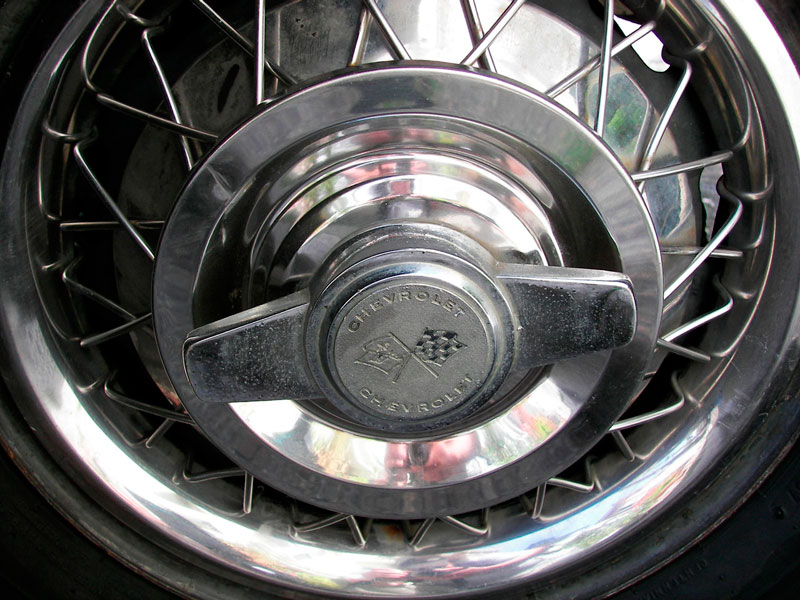 Fifty years ago, a rear-engine configuration was still pretty exotic. It was almost never attempted on American cars in that era, reserved almost exclusively for imported cars such as, yes, the Porsche 356, the Volkswagen Beetle, and various little Fiats.
Come 1959, US automakers realized a market existed for compact cars. They trotted out a number of utterly conventional small cars such as the Ford Falcon, some of which were available with a V8 and whatnot but most were six-cylinder grocery getters. Very few domestic four-cylinder cars existed back then, limited to cars like the new-for-'61 Pontiac Tempest. The Tempest's four was created by hacking a Pontiac V8 in half.
Chevy rolled out an all-new compact for 1960, and it certainly caused a stir. Where Ford's Falcon was plain, slow, square and basic, with a straight-six and bench seats, the new Corvair was far more interesting. It had the engine in the back, an air-cooled flat-six, and featured four-wheel independent suspension. It was available in sedan form initially, then the line branched out to include a coupe, convertible, wagon, van and pickup truck. Early Corvairs produced only 80 horsepower and weren't much for performance until the Monza trim level came out, and that made all the difference. The Monza was introduced late in the 1960 model year and featured bucket seats, a four-speed manual and 15 more horsepower. By 1962, the Monza could be had with a turbocharger, upping power to 150 hp. The Corvair was fast becoming Chevy's budget sporty car and the Monza became the best-selling Corvair.
The Corvair was such a radical design that Chevy catered to those who couldn't handle the fact that the car didn't have a grille. On 1960 models, customers could equip their Corvairs with a dummy "grille" between the headlights. You could still see the painted metal behind the fake grille, so it was pretty much pointless. The Corvair was the first compact to offer air conditioning, which became available in 1961.
For all its innovations, the Corvair had a tragic flaw. Early models had a swing axle rear suspension and rear-biased weight distribution. So if you lost it, you could very well flip the car. My high school history teacher once rolled a '67 Corvair coupe that way.
Ralph Nader called out the Corvair's dicey handling problems in his 1965 book, Unsafe At Any Speed. Nader's book pretty much sank the Corvair to a level from which it never recovered. By 1969, a combination of public distrust and general neglect by its creators doomed the Corvair.
This pale yellow Corvair Monza 900 convertible appears to be a 1961 model, going by the chrome trim spear between the headlights. I found it parked in the Haight just south of the Panhandle. This was about as loaded a Corvair as you could order in 1961. Color appears to be code 943 Goldwood Yellow (a 1964 color), or possibly some other shade of yellow the owner found appealing. Code 925 Coronna Cream would be the closest 1961 color. Interior is black vinyl bucket seats. It wears a set of wire-look spinner hubcaps (although one seems to have gone missing). They are Chevy items but, as far as I know, aren't stock. Like most street-parked classics in The City, it bears the battle scars of an urban environment. There is also light surface rust on the bumpers and in a few spots on the body. It would clean up really nicely with some paint touch-ups and a bumper rechrome. It also needs a new grille badge and a stock set of hubcaps.
This is at least the fifth Corvair I've seen parked in San Francisco. Others will be featured here at a later date.
Posted by Jay Wollenweber at 2:09 PM