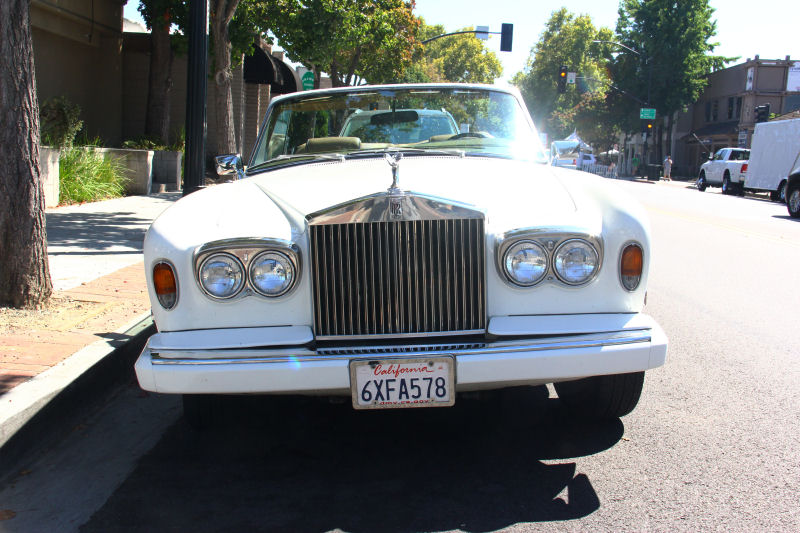 Today is my friend Colin's birthday, so today I'm featuring a car he really likes. It's a 1981 Rolls-Royce Corniche convertible. 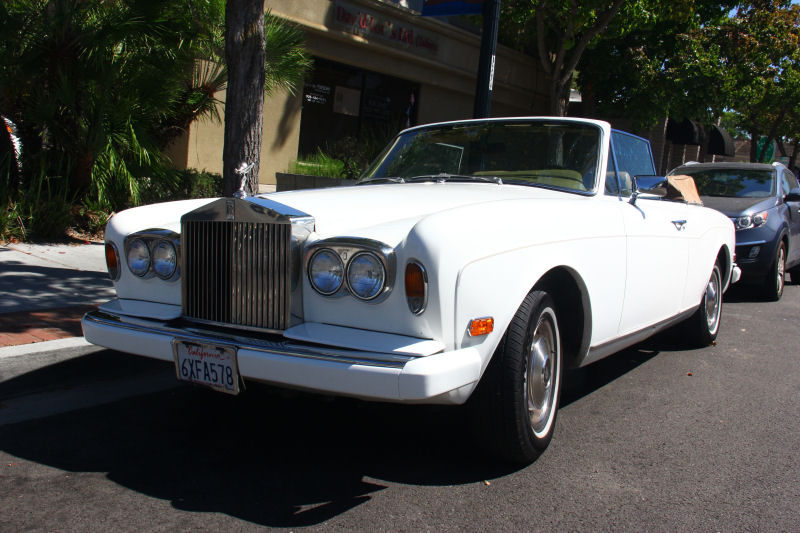 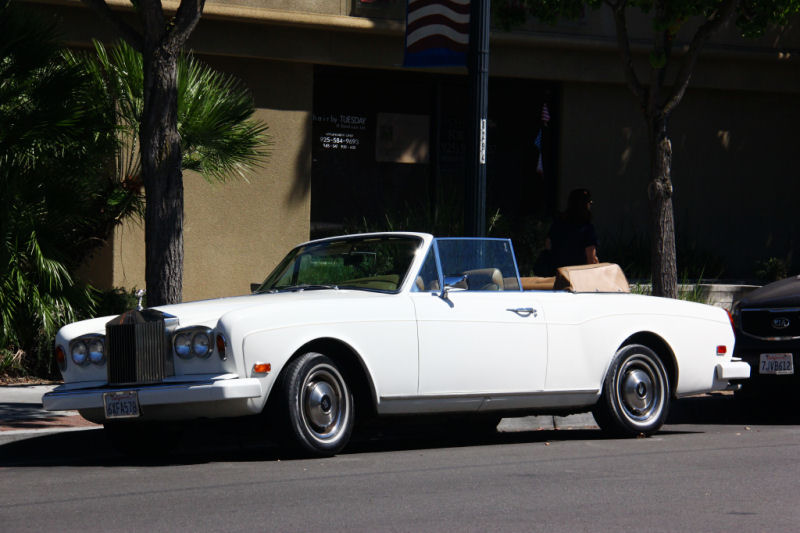 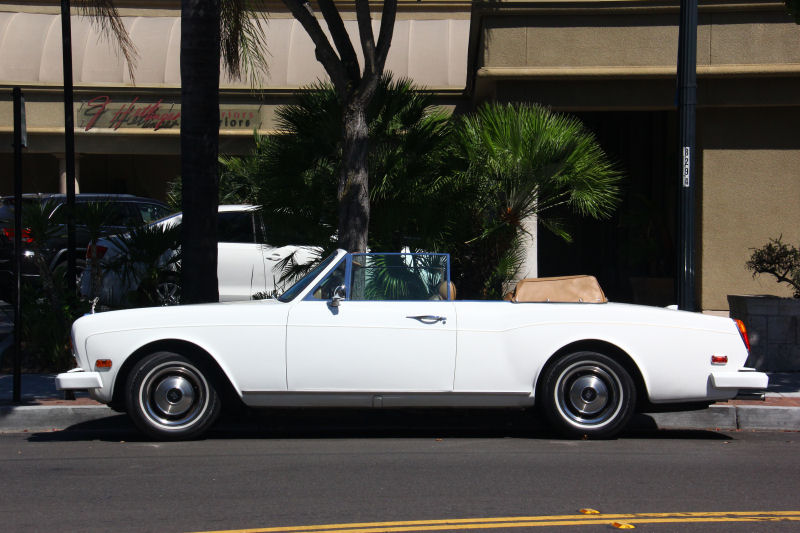 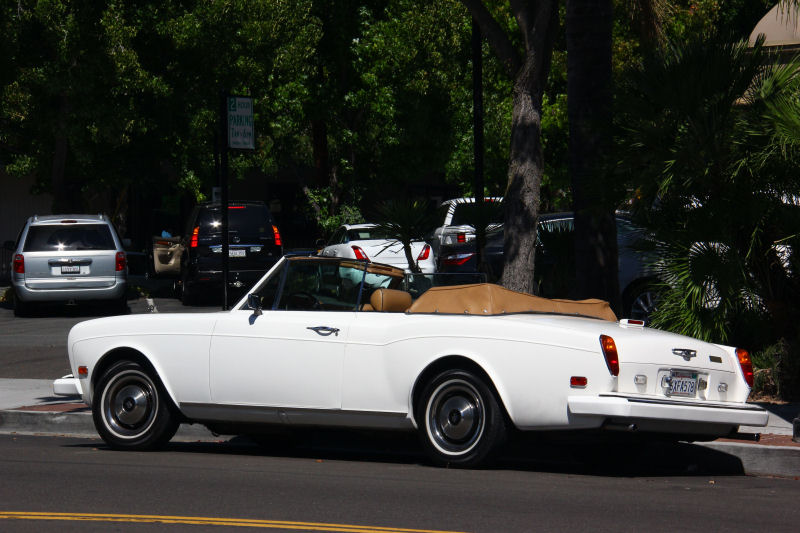 In the interest of full disclosure, my conscience requires me to admit that yes, this was shot half a block outside of the Danville Concours d'Elegance charity car show. It's on a public street and I haven't been to a car show in over a year. I miss them. Fricking COVID. 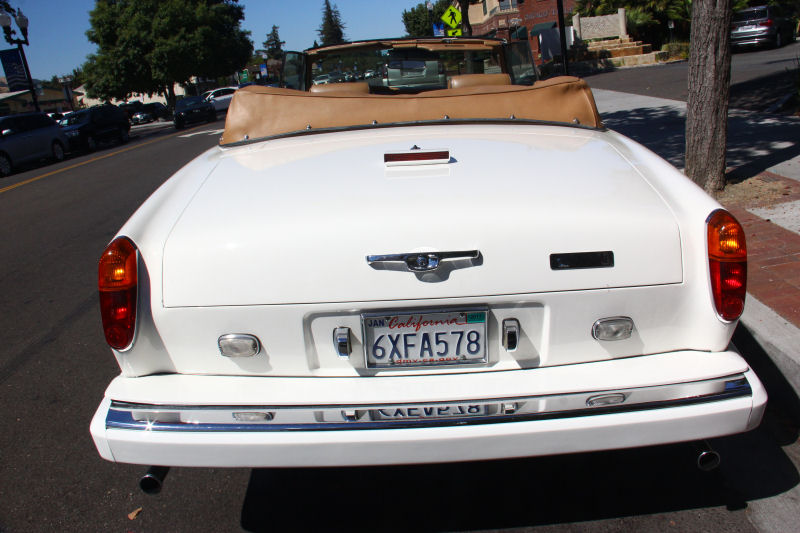 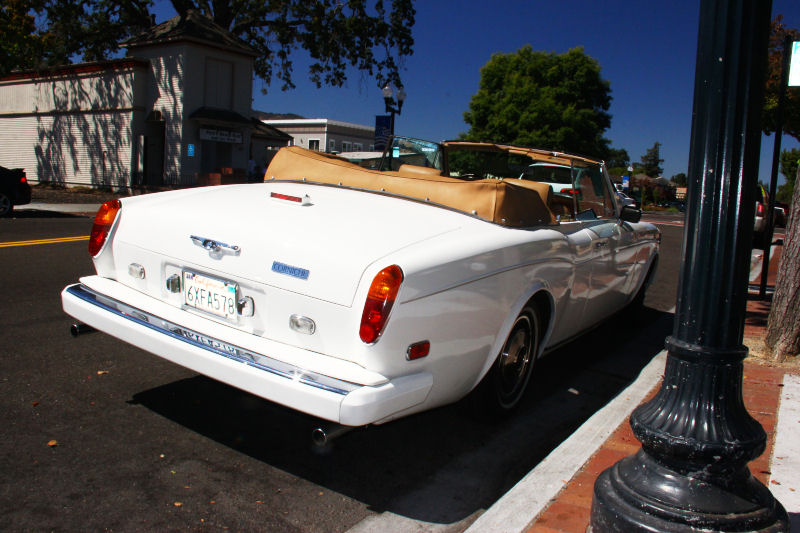 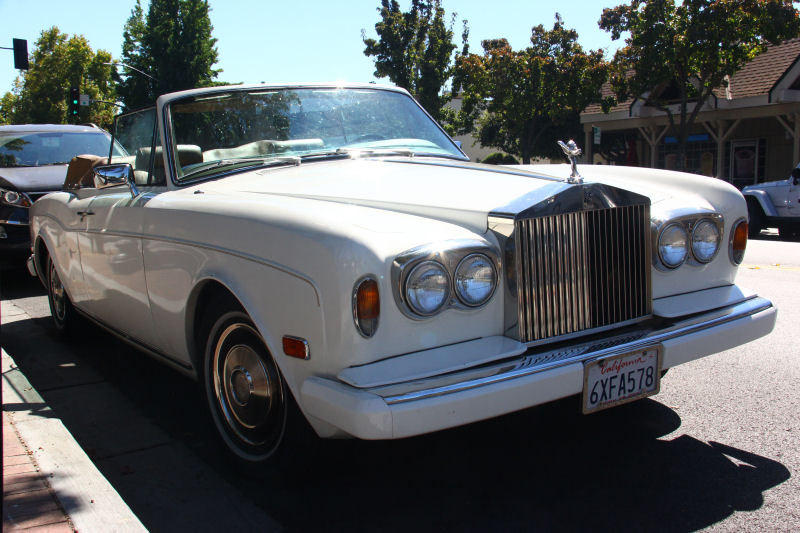 The Corniche name was introduced in 1971 as a convertible version of the Rolls-Royce Silver Shadow. The Silver Shadow debuted in 1965, first as a four-door sedan, then a coupe, and finally a convertible in 1967. Mulliner Park Ward provided the convertible bodies for over twenty years. The Corniche would become a fairly unique product, as it long outlived the Silver Shadow upon which it was based. Gradual changes and improvements were made but the car always kept the same 6.75 liter V8 engine and GM-sourced TH400 Hydra-Matic three-speed automatic transmission. The Corniche gained fuel injection for 1977 and a revised rear suspension in 1979. This car has four-wheel independent suspension and disc brakes, rack and pinion steering and self-leveling rear suspension. It was a fairly advanced package for a car that looked over a decade old when it was new. 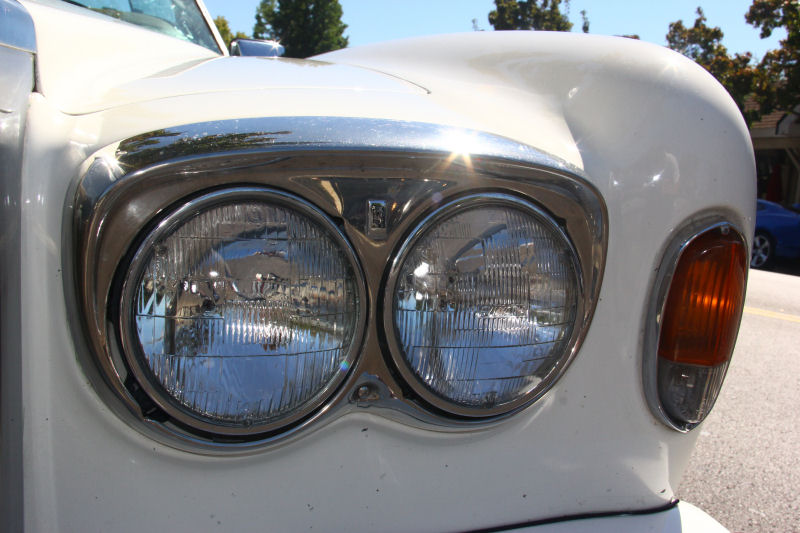 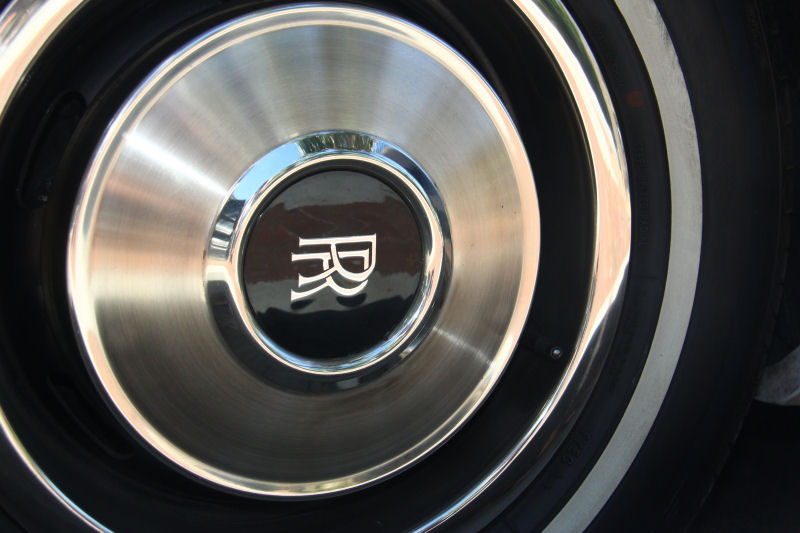 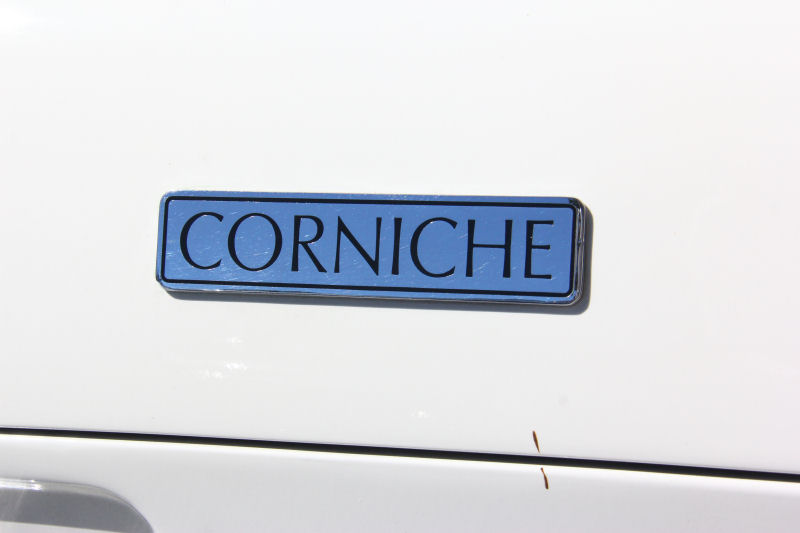 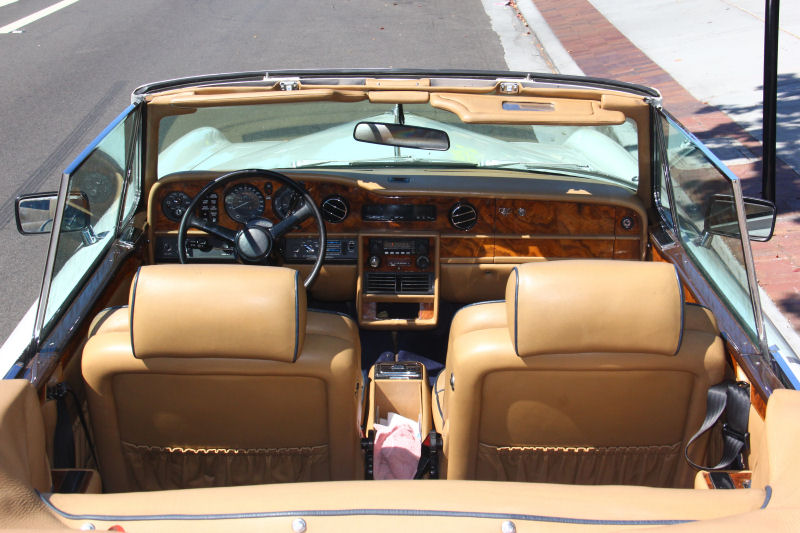 I suppose people buy a Rolls-Royce mainly for the interior. You're paying for handcrafted luxury with fine leather, woods and metal pieces. The interior of this car features contrasting piping on the seats and a beautiful burled wood dashboard with elegant chrome air vents. Everything inside has a classic look that unites the 1960s and 1980s. The exterior is more 1970s to me. The traditional upright R-R Parthenon grille and the Flying Lady hood ornament are there as they should be. The wheelcovers remind me of early '70s Fords. The energy-absorbing federal bumpers are covered in body color plastic shells. The more I look at them the more I yearn for the older chrome bumpers with over-riders. The fact that this 1967 body lasted until 1995 is downright amazing. It was always a very limited production, very exclusive luxury automobile. Only about 200 were sold per year on average during the Corniche's first 17 years. Today they're a classic that's modern enough to drive and enjoy, presumably mechanically reliable and can still be serviced. And it will hold your golf clubs.