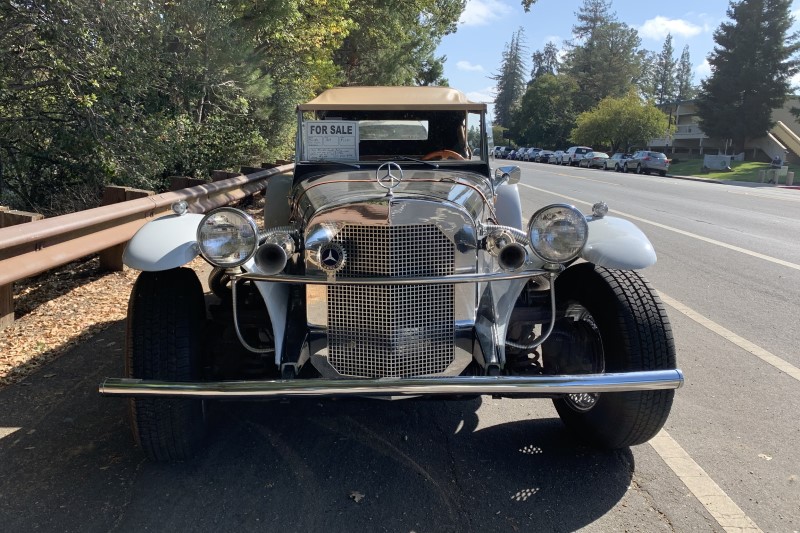 Here we are again on Halloween. After the horror show that 2020 has been, Halloween seems a bit lackluster. My good friend suggested that my Halloween feature should be a car disguised as something it's not. We figured a kit car would fit the bill perfectly. Here is a 1929 Mercedes SSK roadster -- I mean, a Classic Motor Carriages Gazelle. 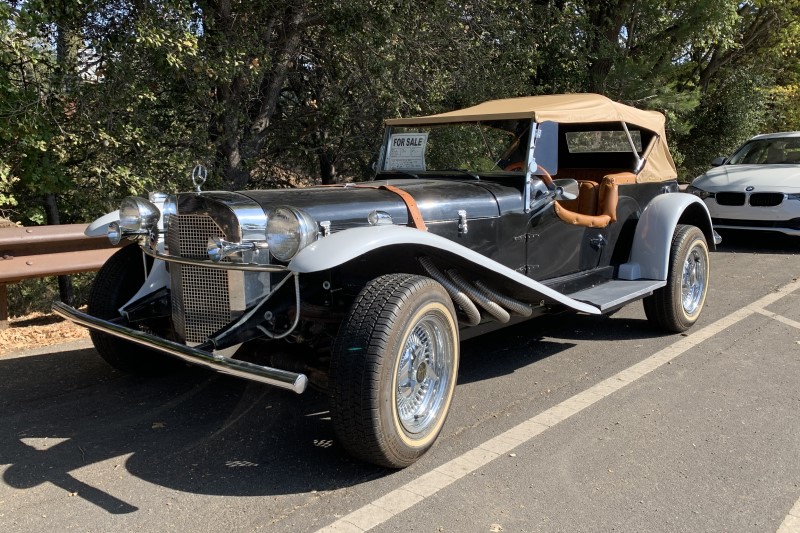 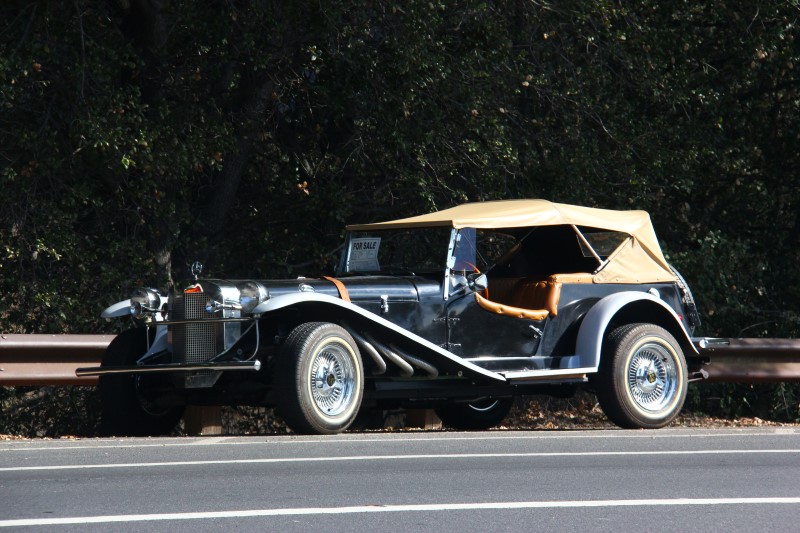 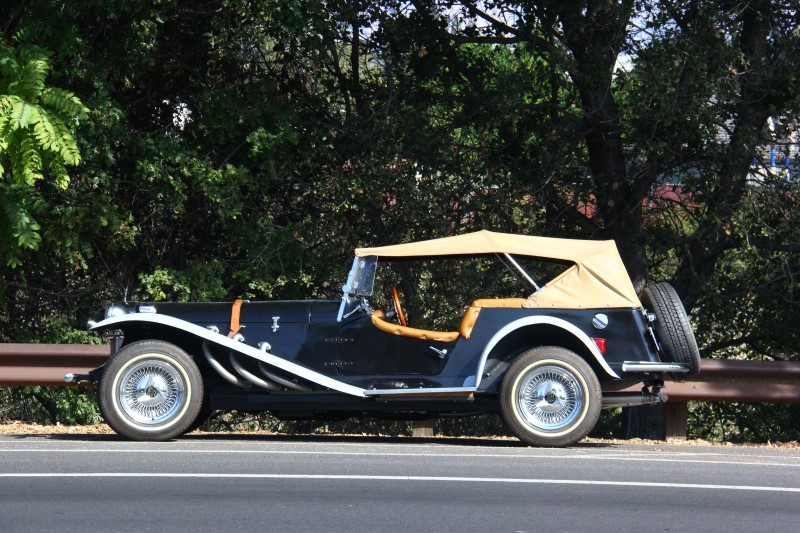 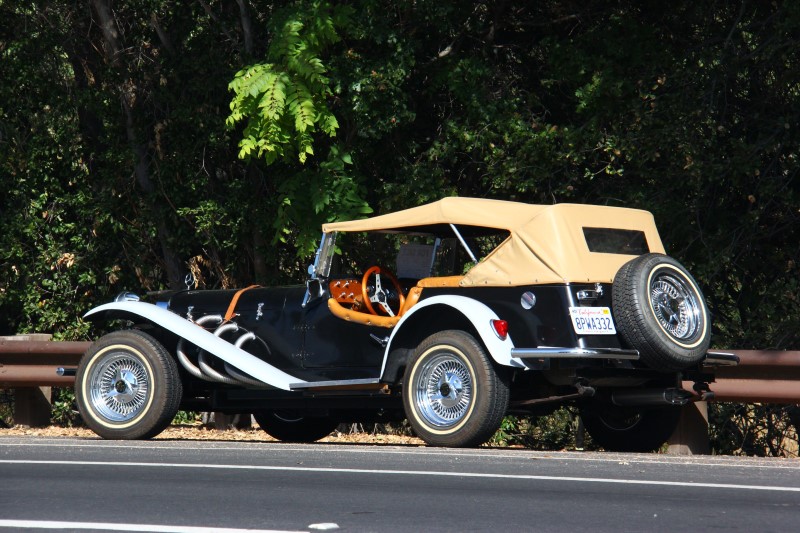 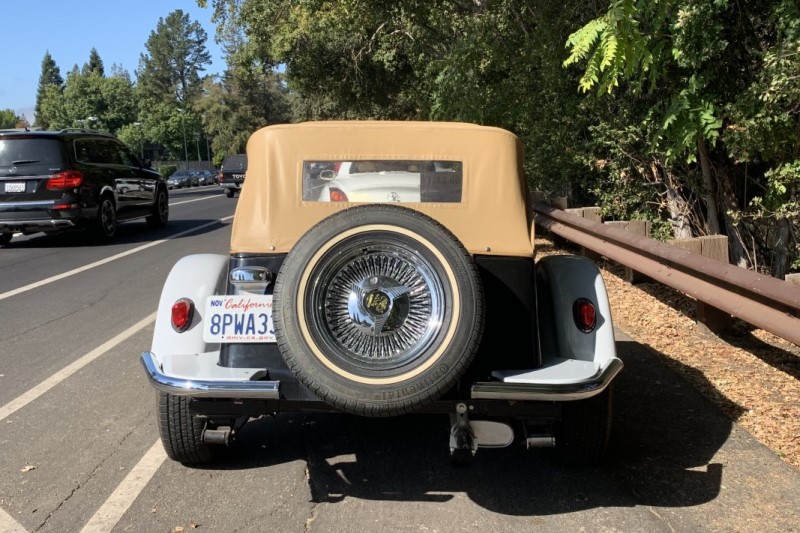 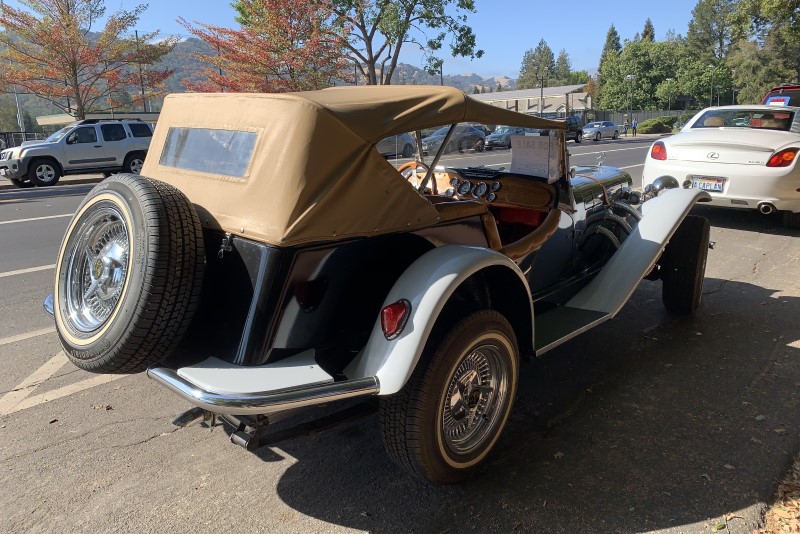 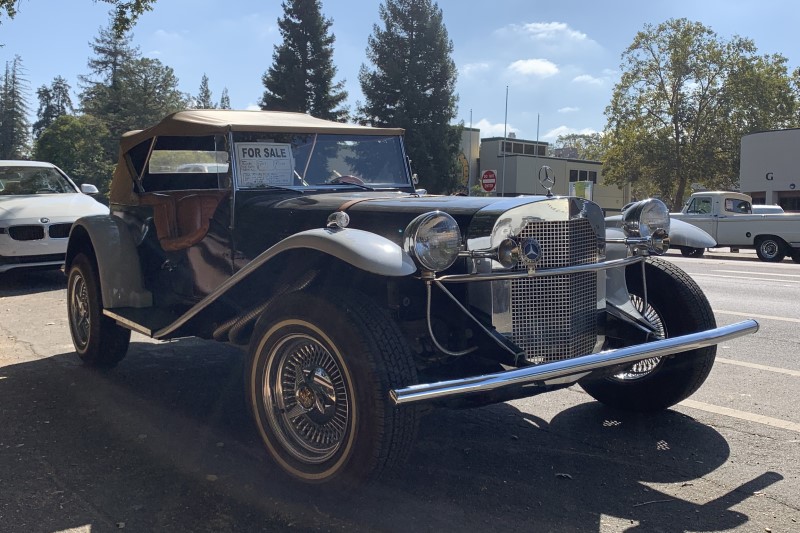 Classic Motor Carriages was a unique company with a unique and tortured history. It began as Bay Products Corporation in the early 1970s, operating under the Tiffany Motor Cars name. As with many kit car manufacturers of the era, most of their early cars utilized a Volkswagen Beetle floor pan and powertrain. One of their primary products was the Gazelle, a loose fiberglass replica of a 1929 Mercedes-Benz roadster. The early Gazelles were rear-engined, had no doors and were rather primitive. Both build-it-yourself kits and professionally constructed turnkey vehicles were offered at significant cost differential. Classic Motor Carriages was founded in 1976 with the Gazelle as its trademark model. The company purchased Minnesota-based kit car maker FiberFab and expanded their product portfolio. Sadly in 1977, CMC founder George Newman died in a plane crash. The company was bought by wealthy businessman George Levin and reorganized, with a focus on aggressive marketing.

Under Levin's ownership the Gazelle was redesigned, now with a pair of doors, different bumpers and dummy external exhaust pipes at the sides of the hood. Most importantly, the kit was re-engineered to be installed on either a rear- or front-engined frame. The front engine version could use a Ford Pinto or Chevrolet Chevette as a donor vehicle for its powertrain, suspension and other parts. This was the peak of the neo-classic market, cars designed to evoke the 1920s and 1930s with modern power and at least some modern conveniences like a tape deck or air conditioning. The Gazelle kit was an affordable way to capture some of that cherished, albeit poorly copied past.

CMC underwent a series of acquisitions, mergers, name changes and reorganizations. Various lawsuits stemmed from customers receiving incomplete kits, poor quality parts or accusations of fraud. Despite all this, for a time CMC was the biggest seller of kit cars in the United States, marketing fiberglass MG roadsters, 1930s Ford and Chevy hot rods and Porsche 356 Speedsters. The legal system eventually caught up when the state of Florida sued Classic. Operations were shut down and evicted from their Miami facility in 1995. Levin's car business continued to exist in some form as Street Beasts, selling Cobras and street rods, and ended its run once again in court. As of 2015 Mr. Levin was convicted in civil court of securities fraud linked to a Ponzi scheme and lost much of his fortune in restitution judgments. If you want a Halloween horror story, there it is. 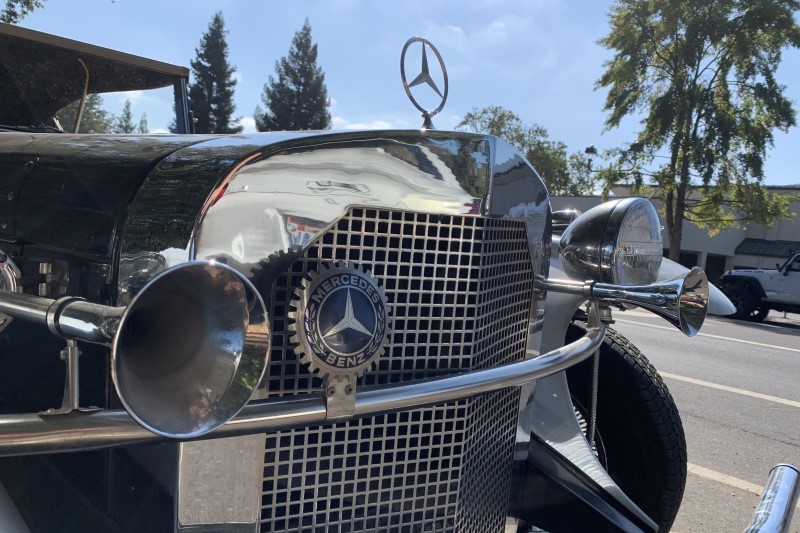 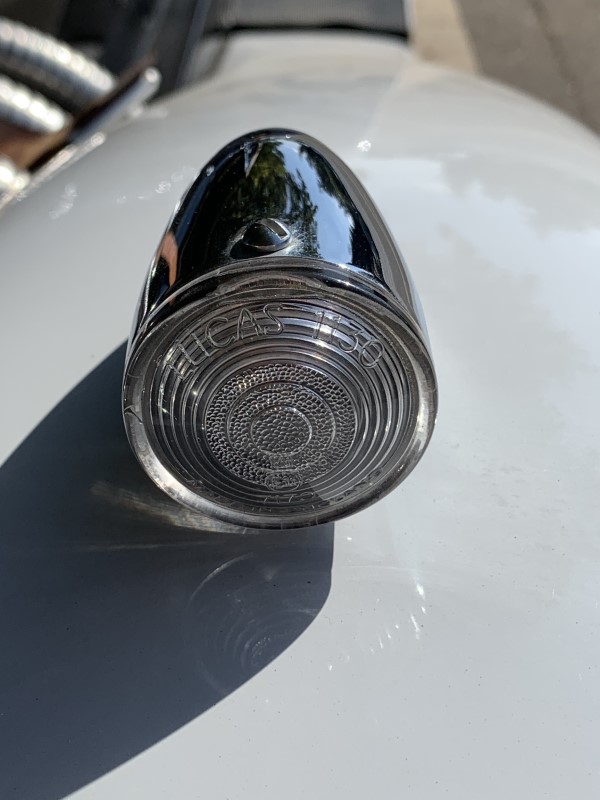 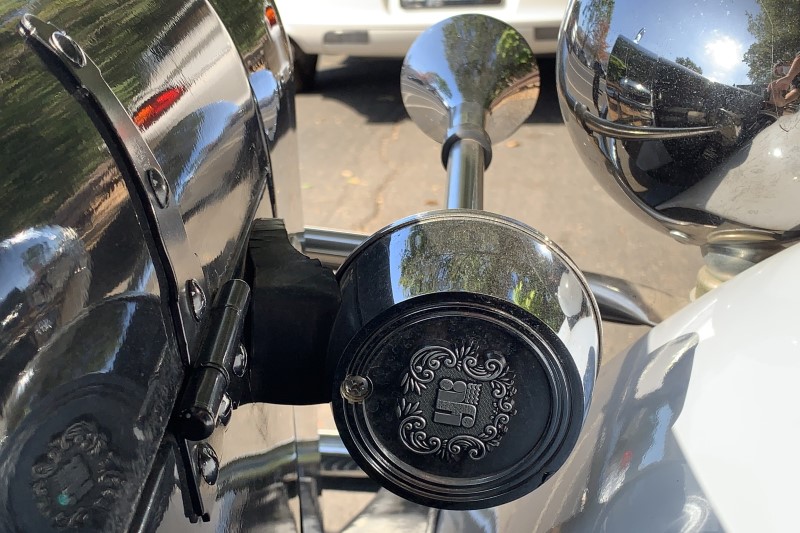 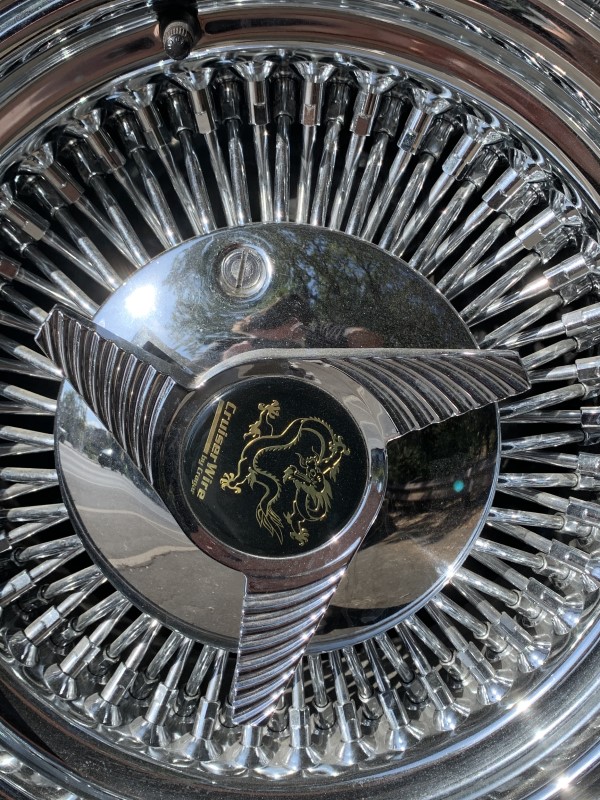 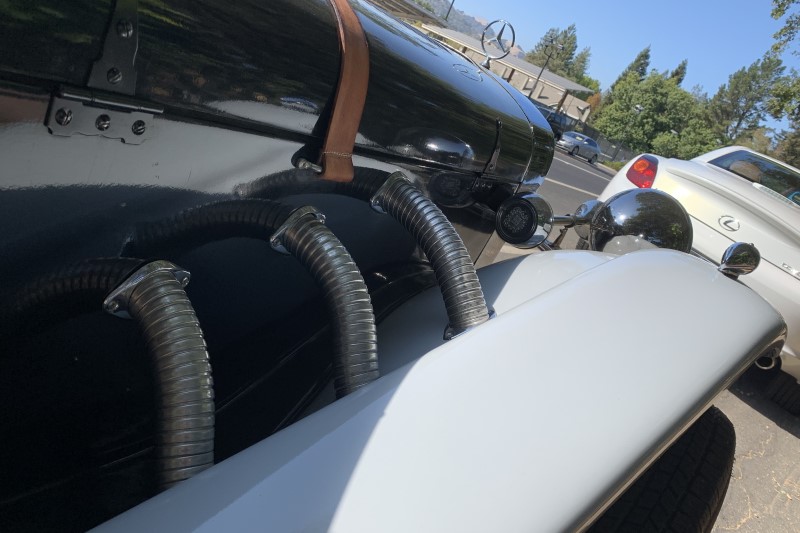 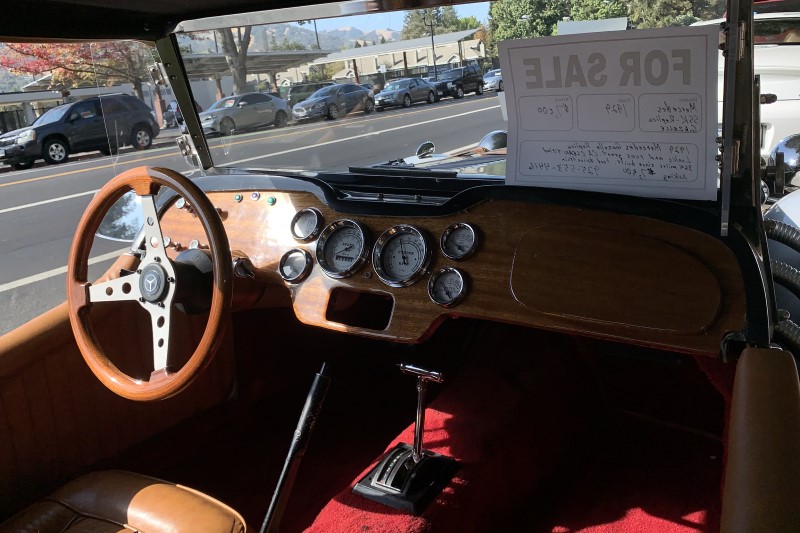 I happened upon this Gazelle in the same place I often find my Danville street sightings: on the main drag downtown by the high school on a weekend. It's where the local cars for sale go. A Gazelle is nothing new to me. Ever since I was a child it was common to see them at car shows. There is a gentleman who still brings one to the local Goodguys Rod and Custom Association show at my local fairgrounds and parks it in the same spot every time. And since it's a "1929" car, homebuilt and probably powered by a Ford or Chevy engine it gets around any model year cutoff and the traditional but loosely enforced Goodguys "American made or American powered" rule. Clever.

What really drew me to this particular Gazelle was the fact that it's black and silver. I don't think I've ever seen another one in that color. Nearly every Gazelle I've ever come across was cream with dark brown fenders. Other color combinations were available including a red body, and fenders in cream, brown or red. Black may have been an option for fenders as well based on photos I found. Bodies were gel coated in color at the factory. I believe this one has been painted. According to the for sale sign on the windshield, this car is Ford powered. So I assume it uses Pinto mechanicals. It rolls on Cragar Cruiser Wire wheels with white line tires and spinner hubcaps.This car is trying harder than most Gazelles to live up to its Benz inspiration. It has the three-pointed star grille ornament, a badge and a Mercedes horn button. It's also missing the dead giveaway "Gazelle" grille badge commonly seen on these cars.

This one seems to be a legitimate home build. All the visual evidence seems like it was done a while ago and not driven or took a very long time to complete and was recently finished. The odometer showed 374 miles when I photographed it. Building a kit car isn't nearly as easy as many people may have thought when they saw the flyer back in the 1980s, showing a smiling couple surrounded by a neatly arranged pile of parts. It's anyone's guess how many Gazelles never made it to the road. But this one did and you can safely say it looks like nothing else.

Posted by Jay Wollenweber at 1:30 AM