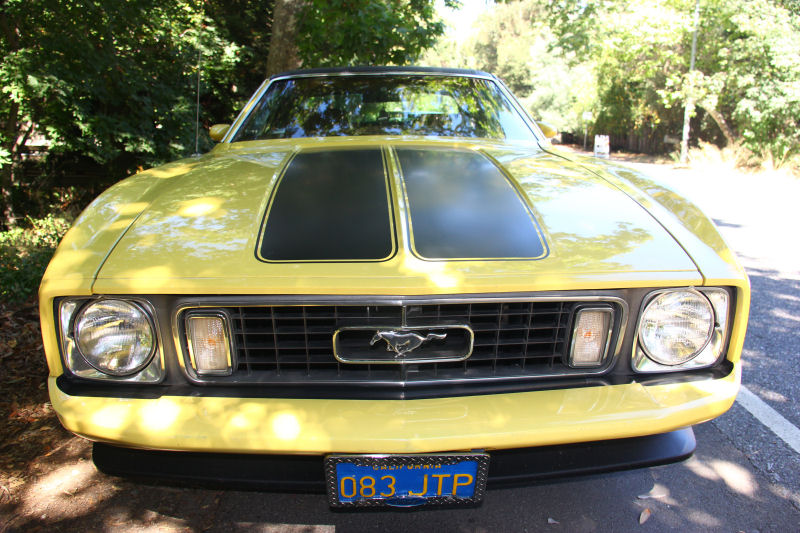 In the past I've said a few times here, that just because I love the Ford Mustang doesn't mean I'll post a lot of them. It has to speak to me or at least be uncommon or interesting to make the cut. Here's the luxury spec from the Boxstang generation, the Grande. 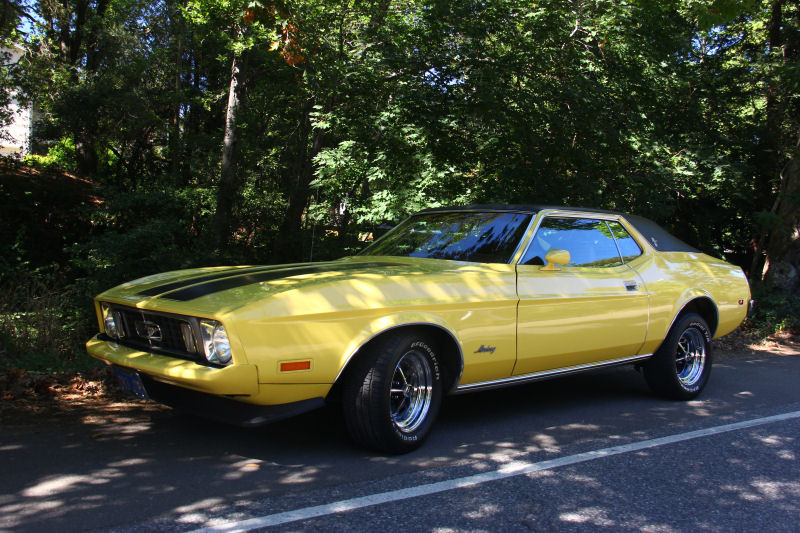 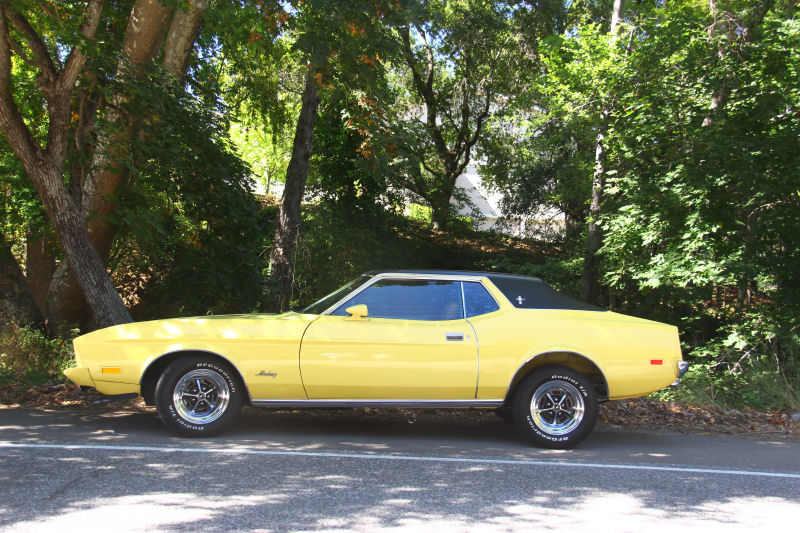 The early 1970s are not often regarded as the high point of automotive styling. Detroit rolled out some rather large, baroque and unfortunately very thirsty automobiles just in time for OPEC to put the brakes on oil production. When this car was new, fuel prices were up and people sometimes waited around the block in gas lines. Insurance rates for muscle cars were up, too, after the wild '60s. The federal government put in place new emissions standards and crash safety standards that gave rise to bigger bumpers and lower compression engines. The disco era traded the muscle car for the personal luxury car. Ford had a number of solutions to this, one of which was the Mustang Grande. 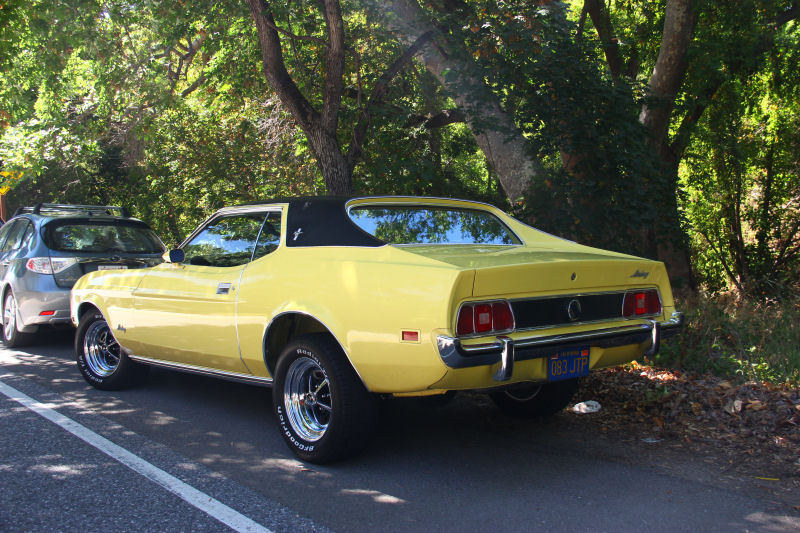 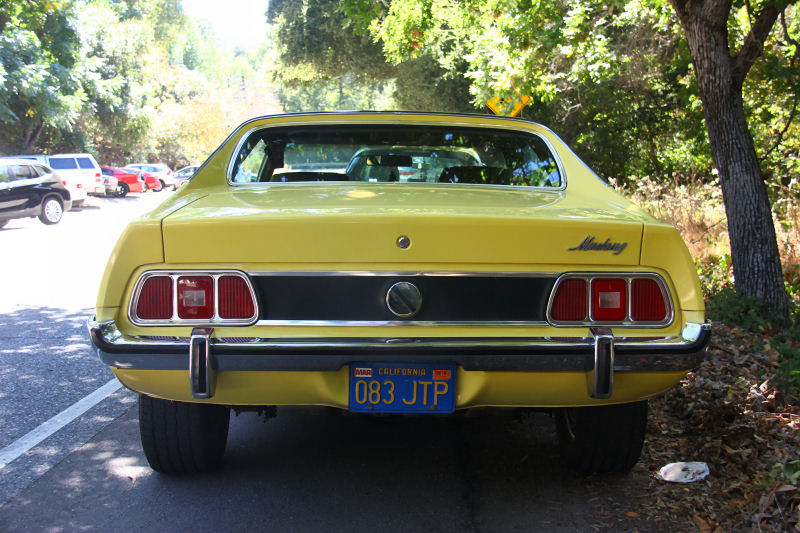 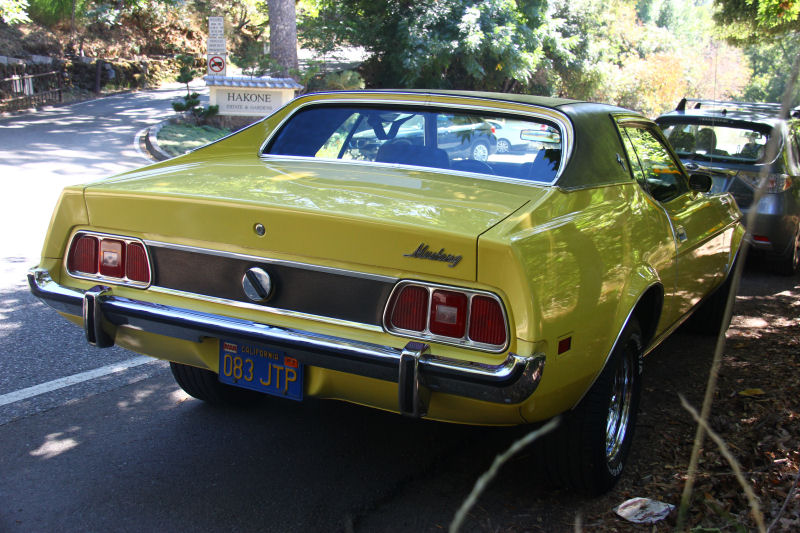 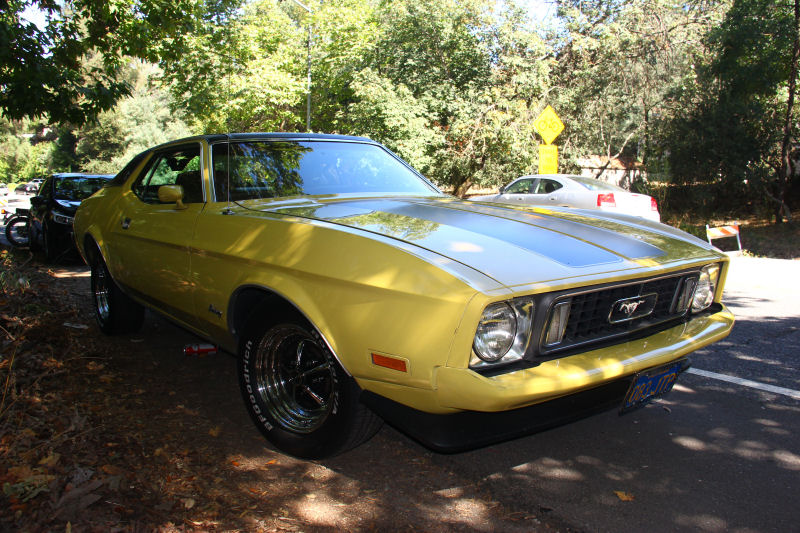 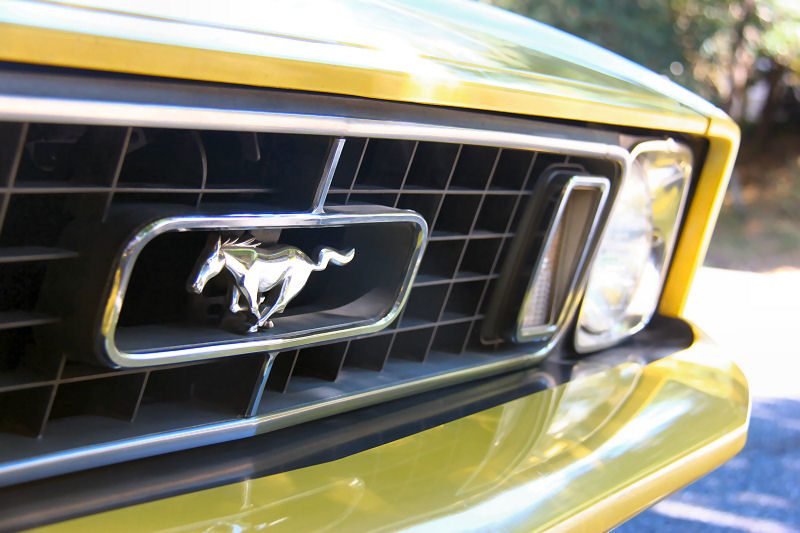 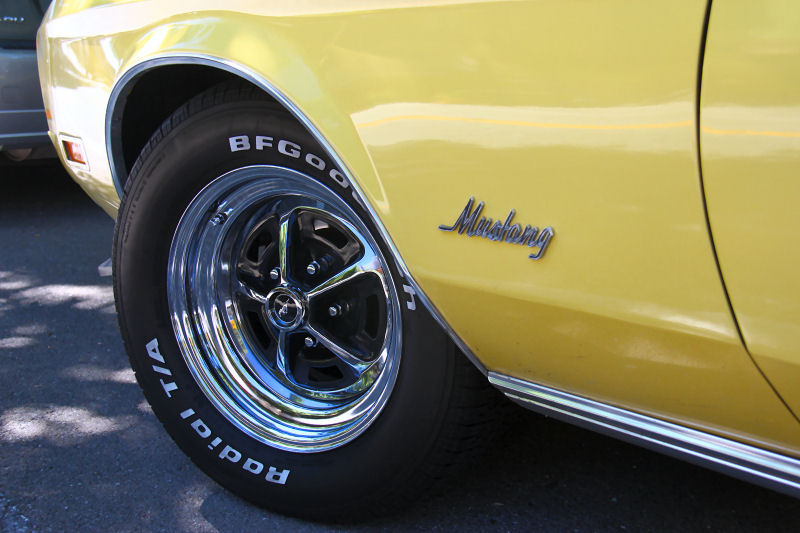 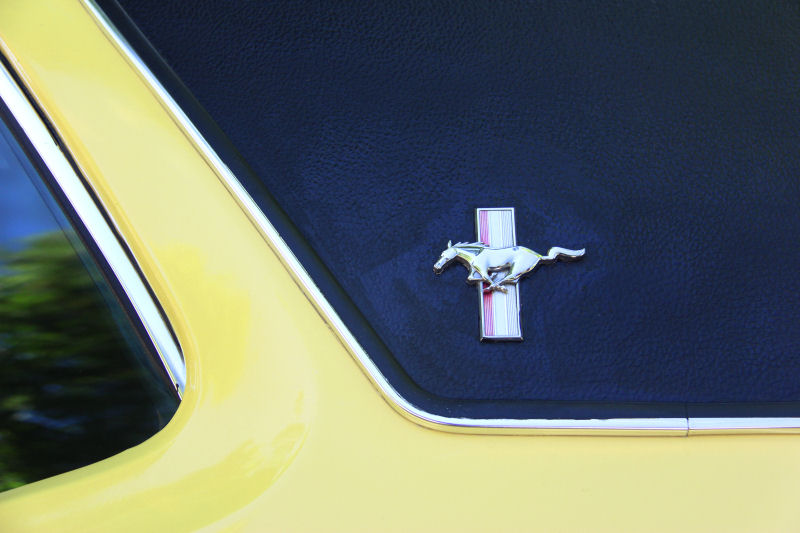 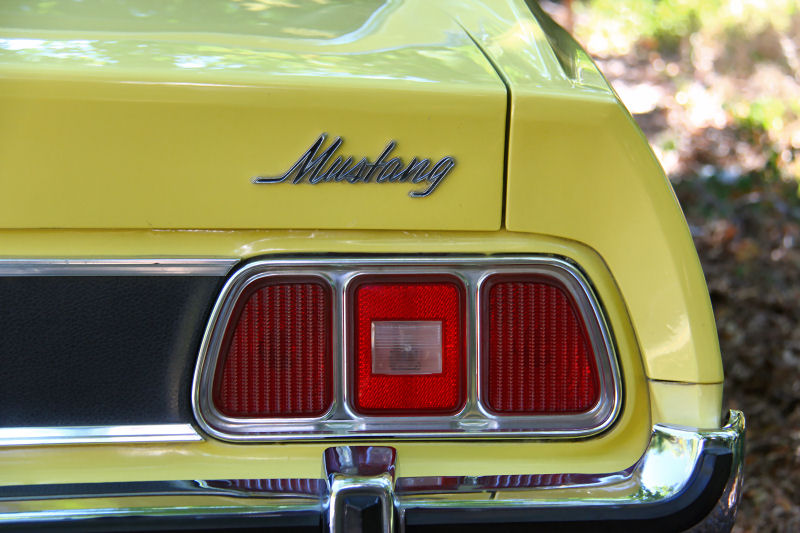 This is an interesting example to me. It's a bit of a mutt car with some custom additions including a front air dam spoiler. Unlike many Grandes this car has been finished not in stereotypical '70s earth tones or weird greens but rather a cheerful yellow. I don't know if it matches factory Medium Bright Yellow or if it's some other shade, but I like it. It features dual black hood stripes styled after the 1972 Mustang Sprint. This car also sports a set of Magnum 500 mag wheels shod in BF Goodrich white letter tires. I find it to be a great look and a lot of other Mustang owners tend to agree. It's much more aggressive than the range of factory hubcaps offered on the Grande.

I'm not much for vinyl tops on Mustangs usually, however it visually breaks up the sheer expanse of sheet metal running from the quarter panel up the huge C-pillar to the roof. I always thought the standard Boxstang hardtops looked ungainly. Curiously this car lacks any kind of "Grande" badging as would be found on the C-pillar. Instead it has the traditional Mustang emblem mounted there. The vinyl roof was standard on Grande but was an option available on any hardtop Mustang that year. Regular Mustangs with the vinyl roof option do not normally have any badging on the C-pillar. I'll give this one the benefit of the doubt as a modified Grande until the owner or a more knowledgeable reader corrects me.