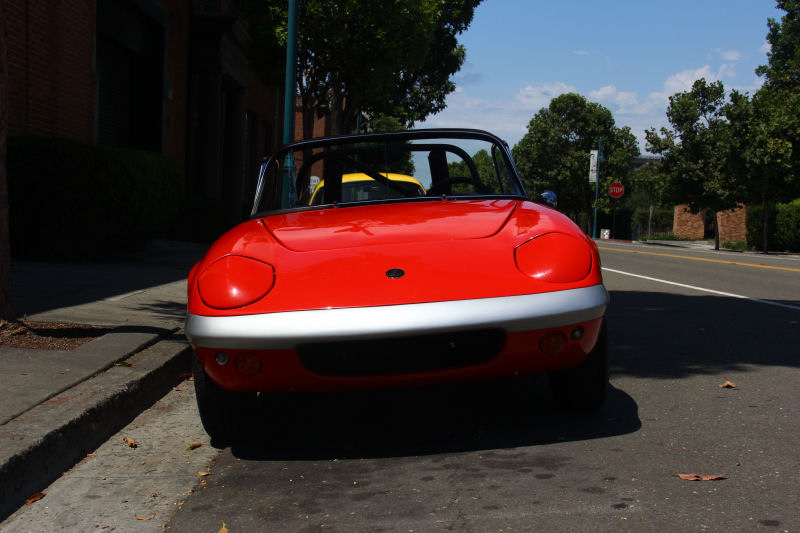 Any of my readers remember the Lotus Elite I featured in 2016? That wasn't the only car parked on that block that day. I left the Laney College flea market in Oakland on a Sunday morning and cruised over to Emeryville. I found two classic Lotus sports cars and a small warehouse with the roll-up door open. The owner was going to take one of the cars for a drive and needed to move the other in order to get it outside. Here is the Lotus Elan SE roadster. 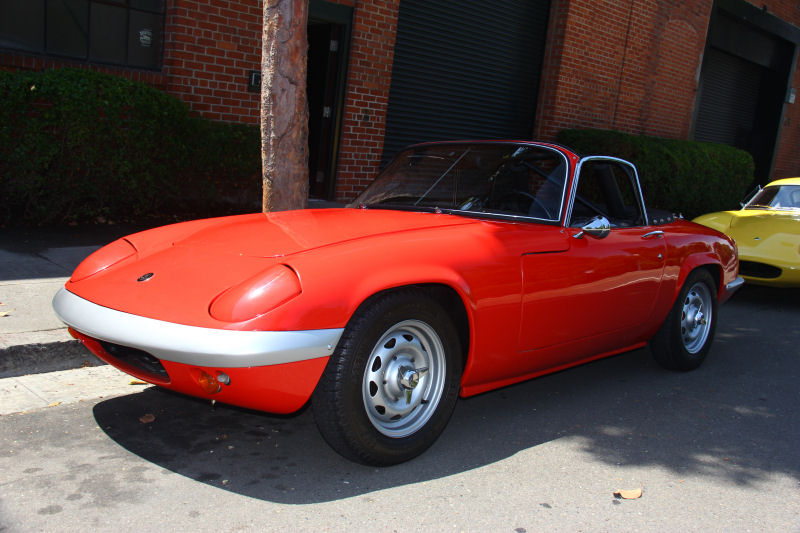 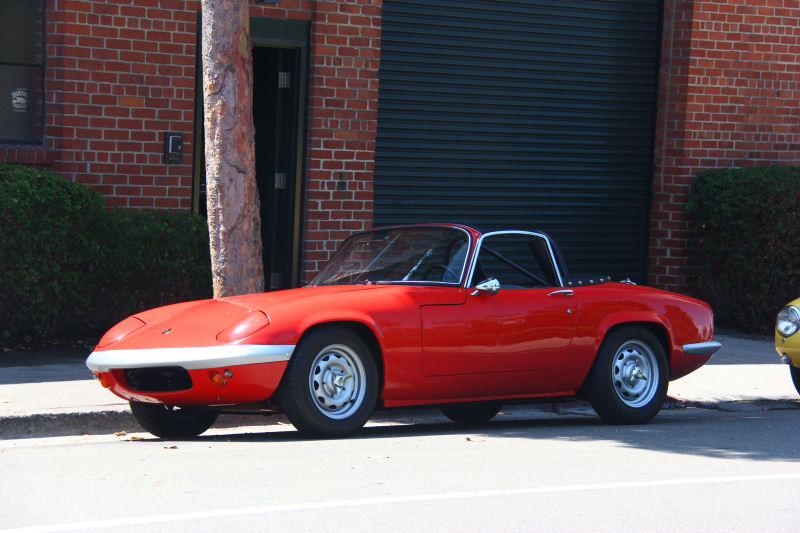 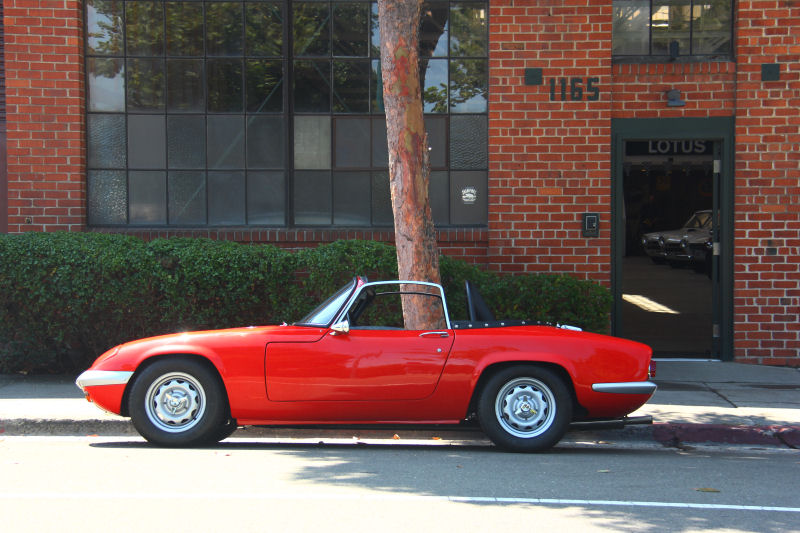 The first-generation Lotus Elan was produced from 1962 to 1973. Five iterations were built; the 1500, 1600, S2, S3 and S4. All were visually similar with changes mostly under the skin and under the hood. I believe this car to be the later S4 model judging by the shape of its taillights. It is the S/E model indicating Special Equipment. That meant more power and additional comfort options at a small weight penalty. The Elan featured a double overhead cam four cylinder displacing 1.6 liters. All Elans received disc brakes all around, four-wheel independent suspension and rack and pinion steering. The result was a very light, tossable car with balanced handling and a tight turning circle. Bodywork was fiberglass over a light steel central backbone chassis. 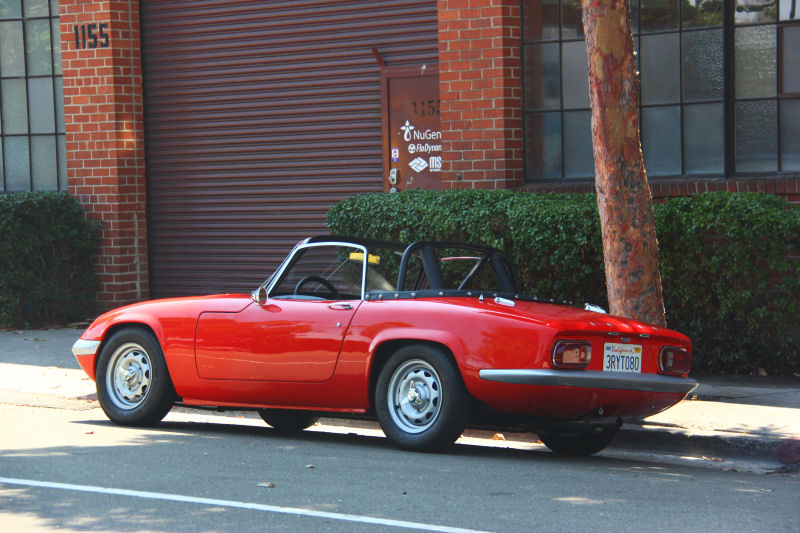 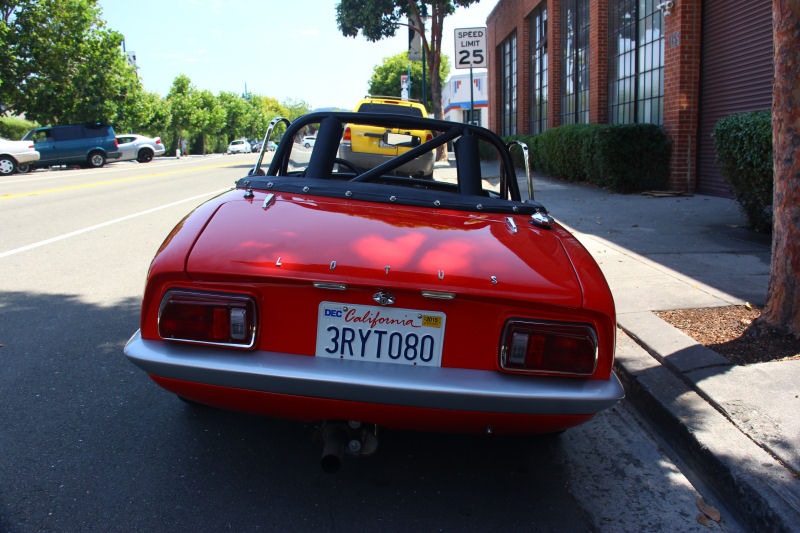 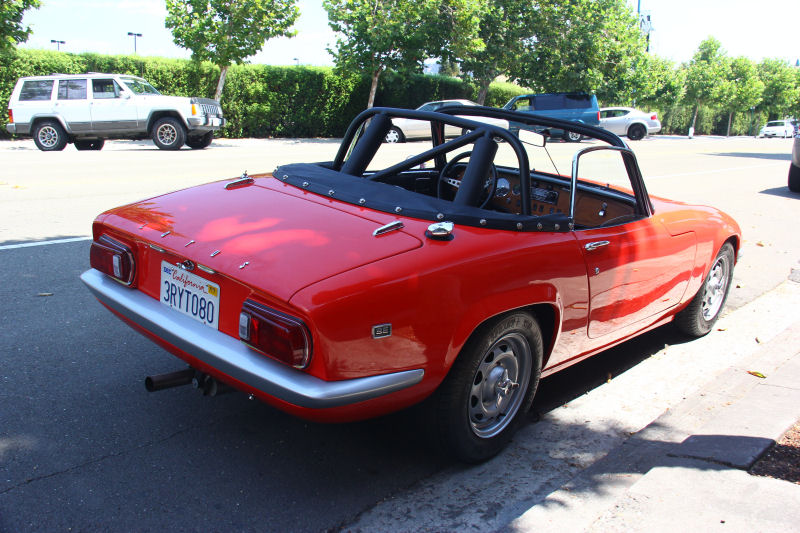 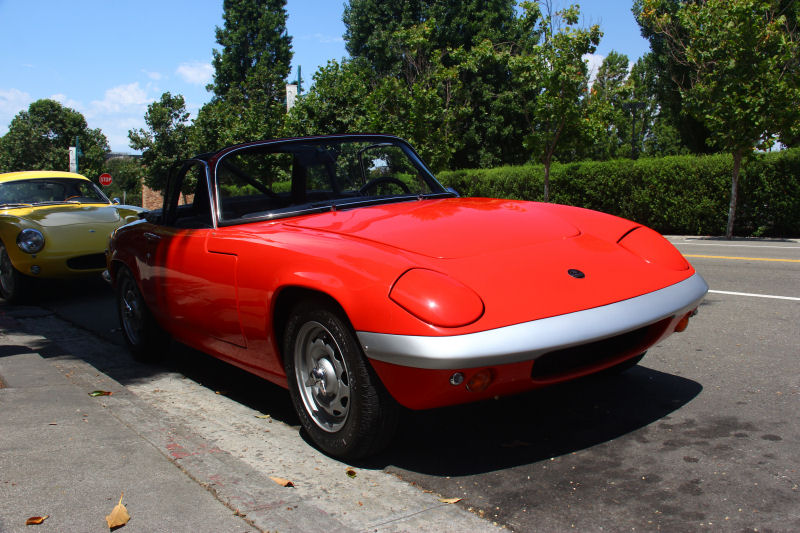 This particular car appears to have the smooth hood from a Sprint model Elan; regular cars have a hood bulge on the right side to clear the carburetors. This car may have been upgraded to Sprint spec. I'm not sure what the difference in dimensions is for the Sprint's Weber carbs versus the standard Strombergs, but apparently the Webers clear the lower hood line. 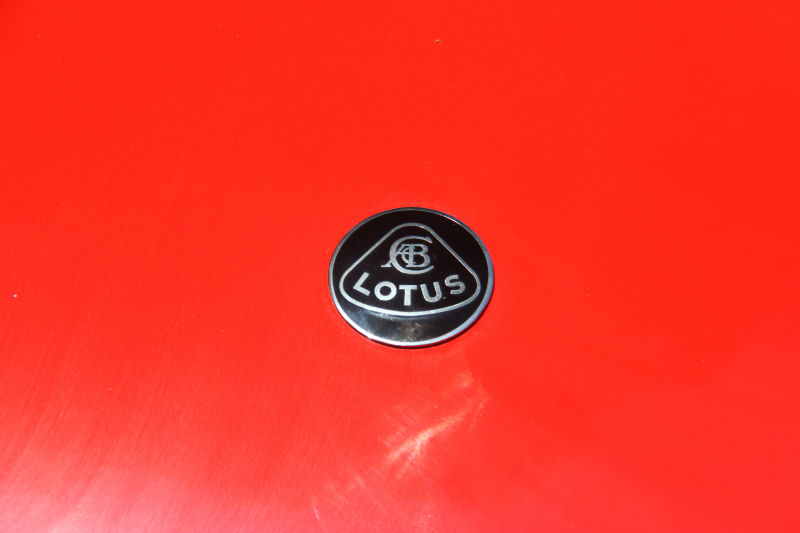 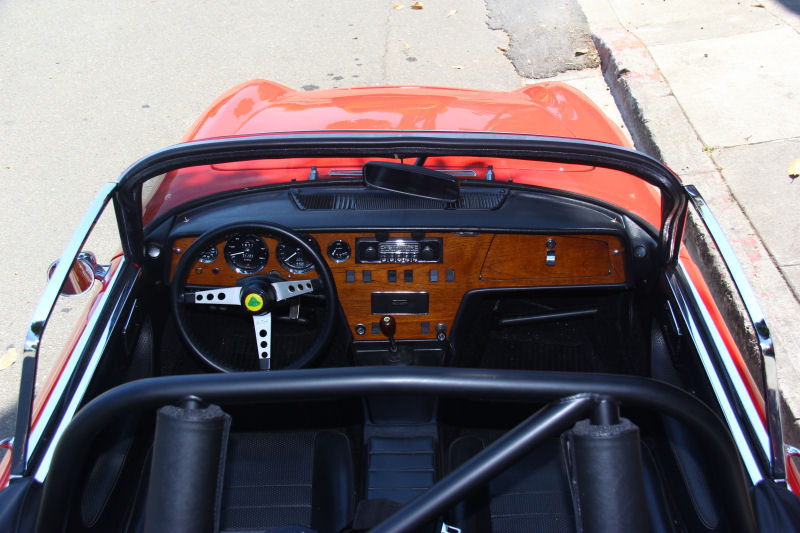 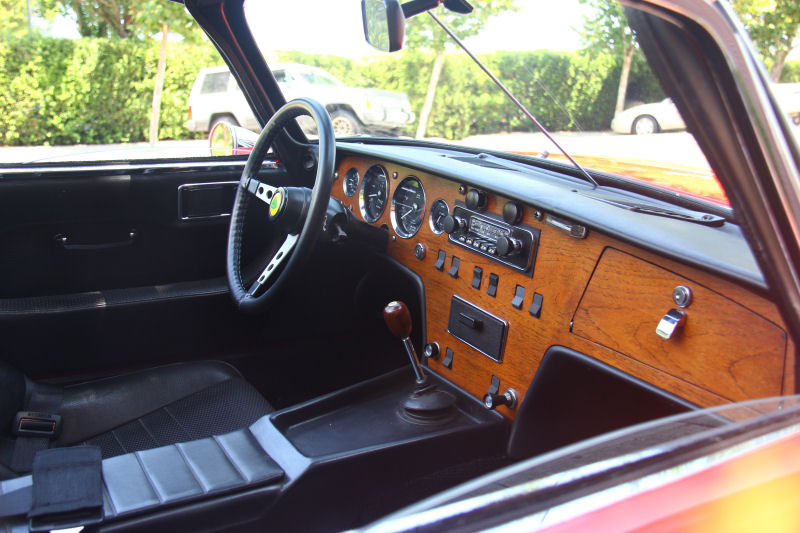 The interior of this car is one of my favorite details. It's nicely trimmed in black leatherette with a walnut veneer dashboard and wooden shift knob. It may be a European-spec car since it is 1968 or later and has no federal side marker lights. The padded roll bar is an aftermarket addition that leads me to believe the owner probably races or otherwise tracks the car. 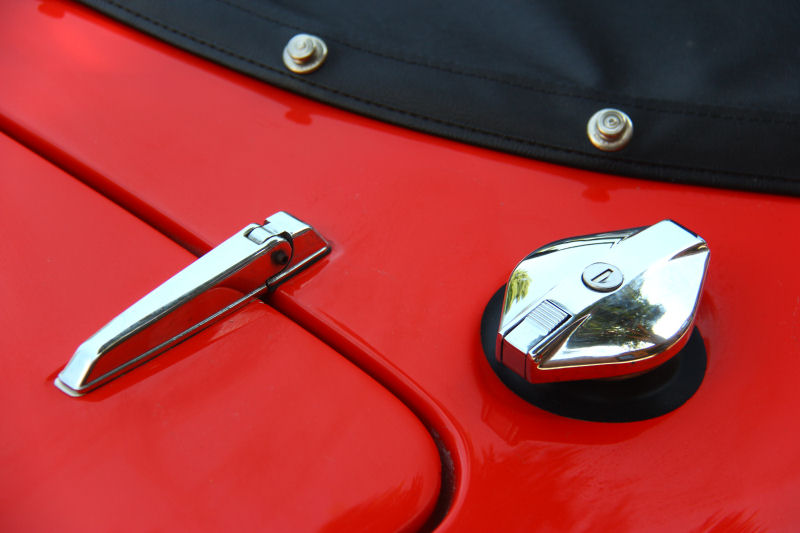 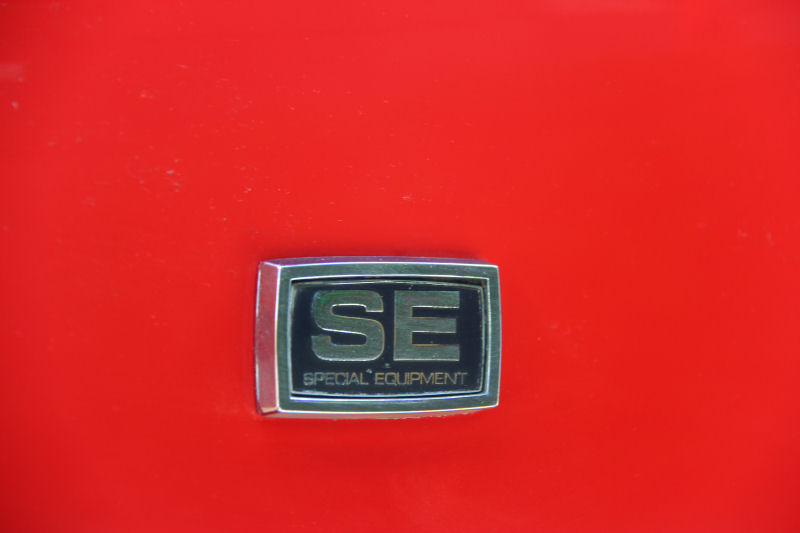 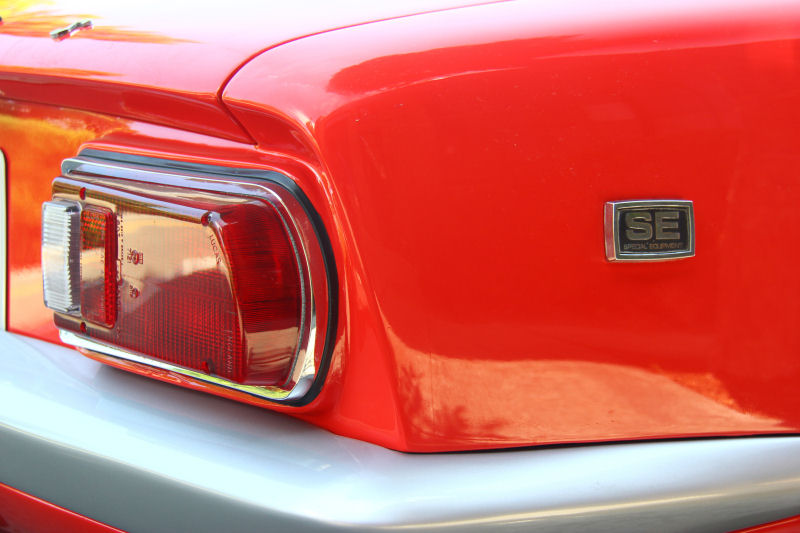 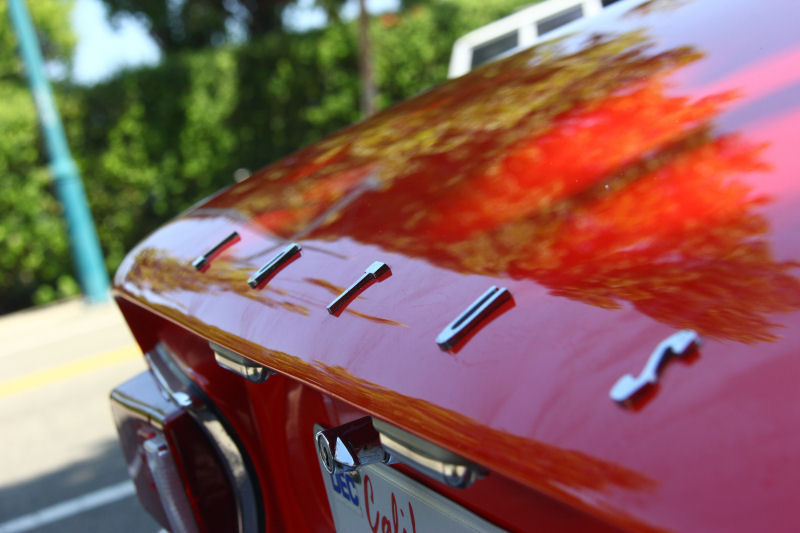 I know of at least two Elans in my area but this is the only one I've found parked on the street. It's a lovely Lotus.