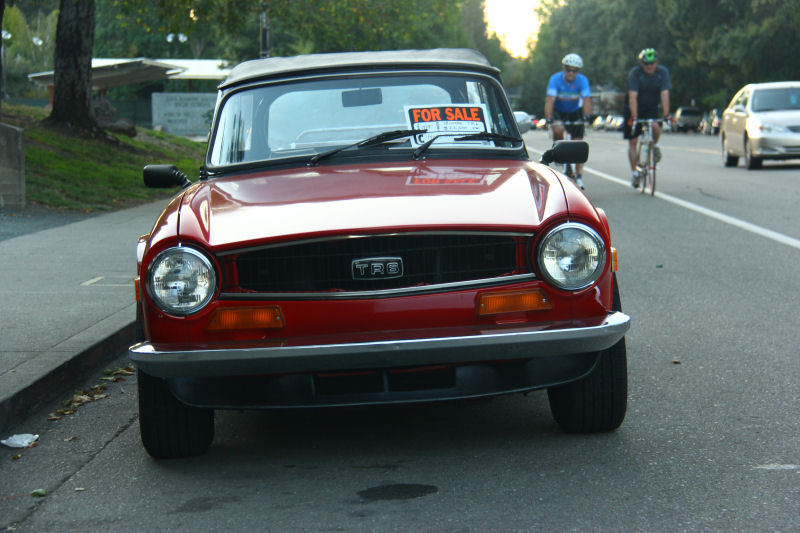 It's autumn and the weather is getting cooler. A lot of my readers from back east are seeing early snows and even sunny California is getting rainy weather. So for all of you in colder climes, how about we look at some convertibles? Not just any convertibles, but classic red British roadsters.
First up is this Carmine Red Triumph TR6. 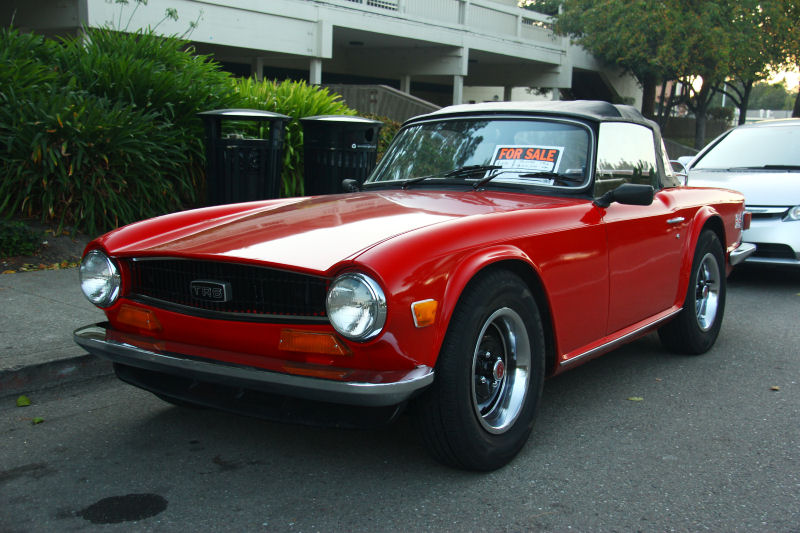 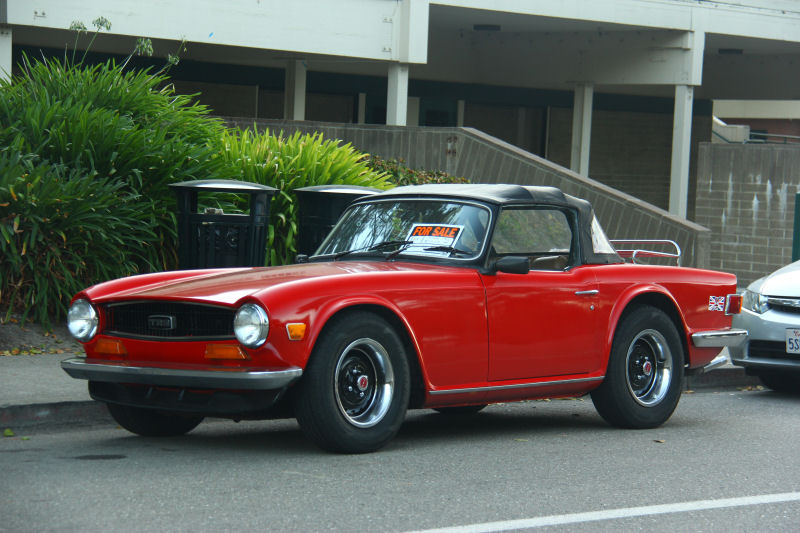 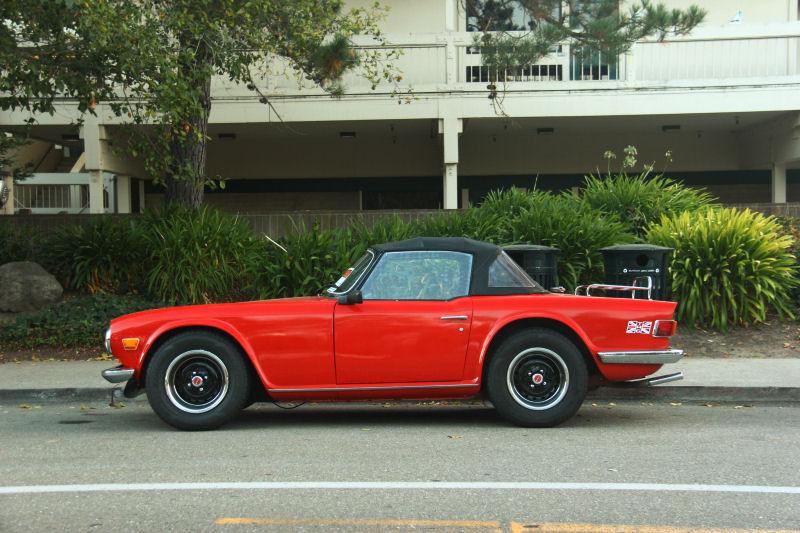 This is the second TR6 we've seen here on California Streets. The first was a factory Magenta (purple) '74 I ran across in San Francisco a few years ago. This one features the more classic red hue I have always associated with TR6s. There are a few of these around my area and this is one of the best. It's in beautiful condition and features the small early bumpers free of giant rubber over-riders that plagued the later cars. 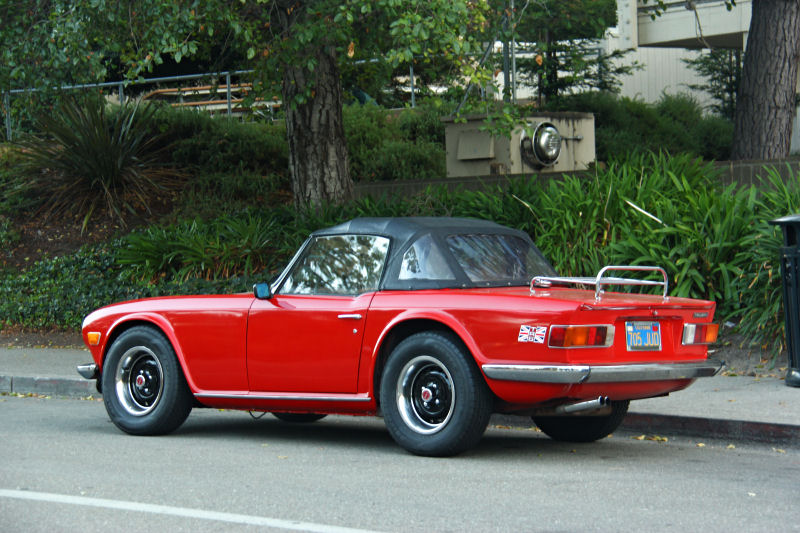 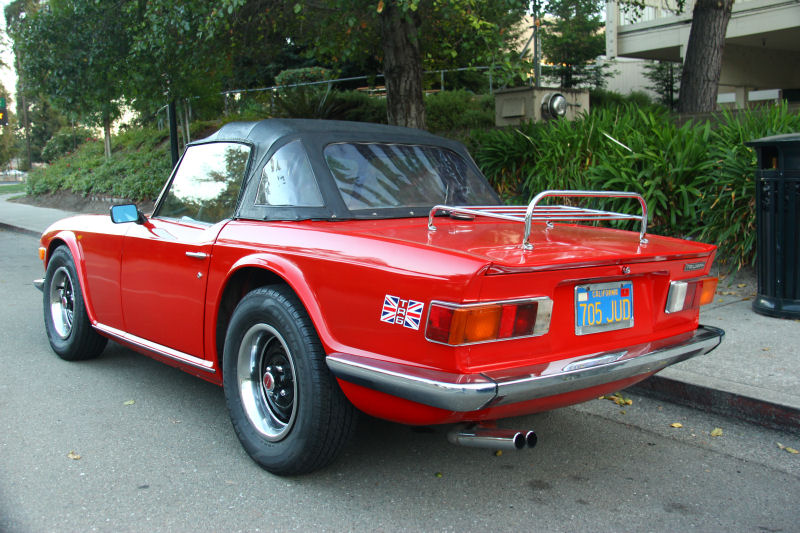 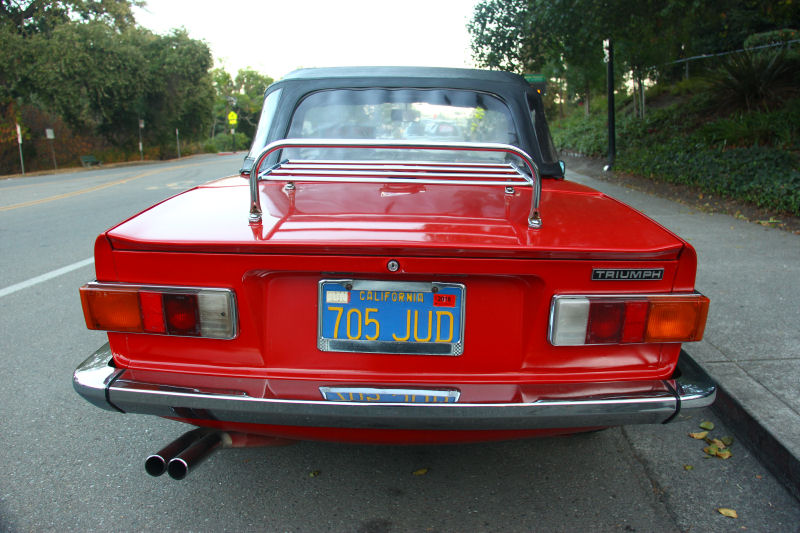 All TR6s were powered by a 2.5 liter straight six engine, with two Stromberg carburetors on U.S.-bound cars. American models produced less power on average than their fuel-injected European cousins. Overdrive was optional on the four-speed manual transmission. It appears that the walnut veneer dashboard was standard. All TR6s were available with black leather seats but this one looks like it has its upholstery done in New Tan, offered from 1970 to '74. 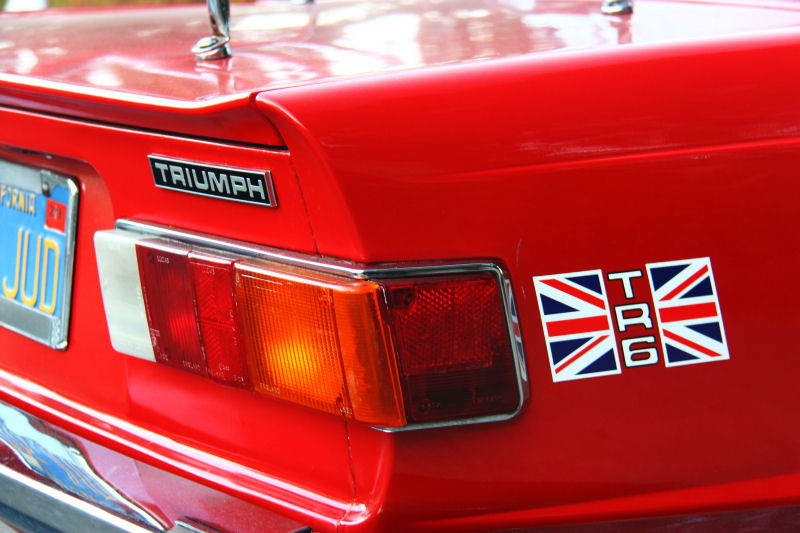 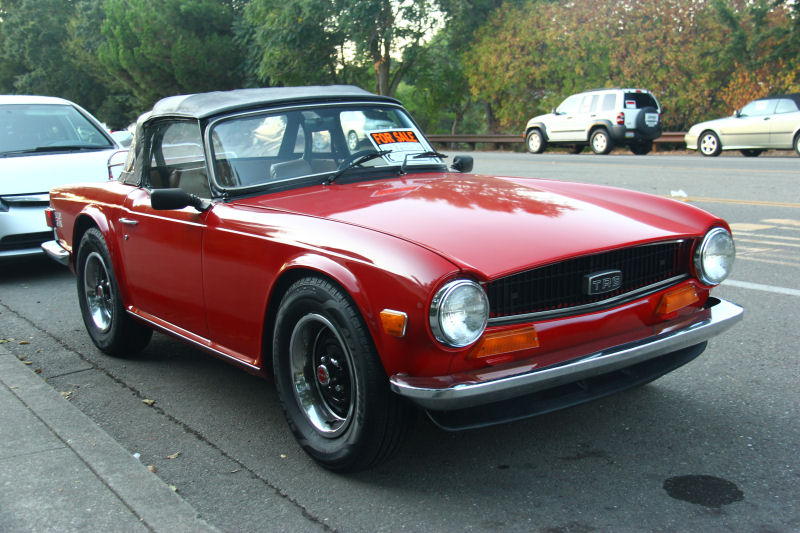 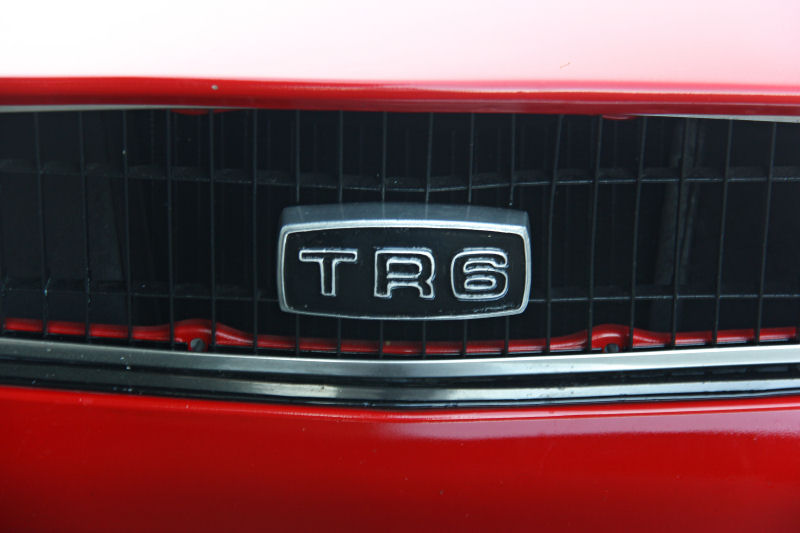 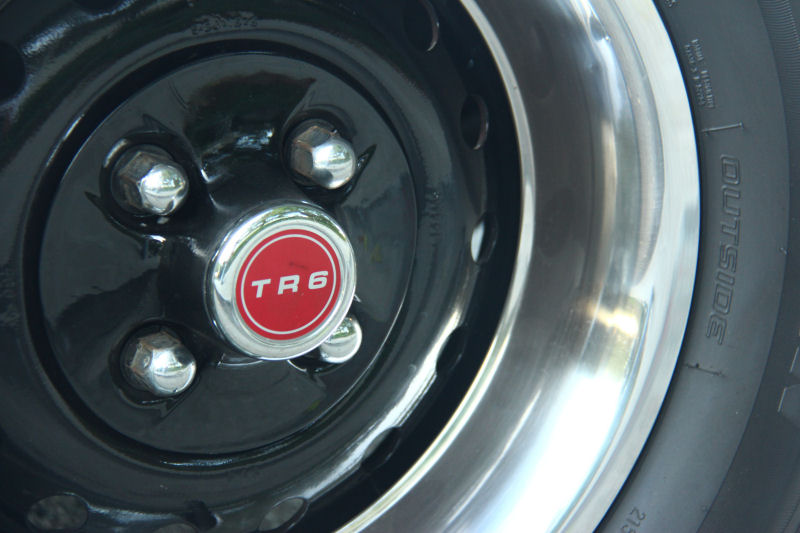 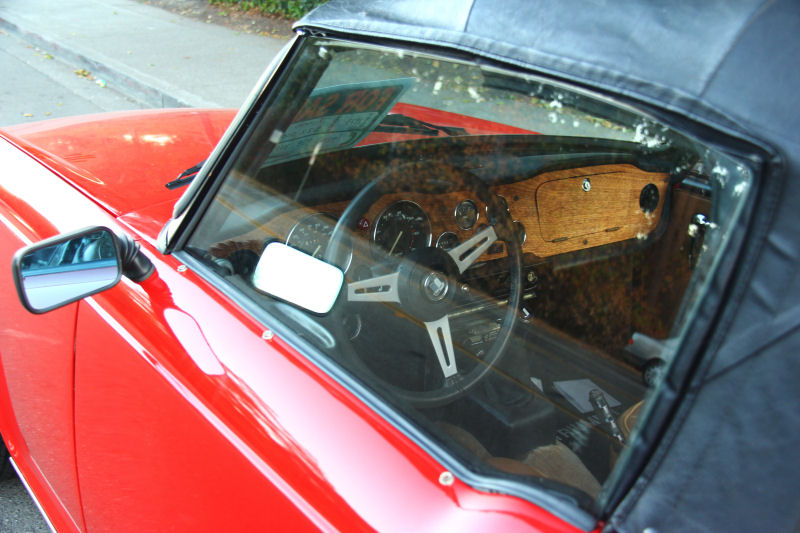 I find it very interesting that the TR6 has many of the same body and chassis parts as earlier TR models, but effectively restyled by German coachbuilder Karmann for a much needed modern look. These have always been my favorite Triumphs. They're a link to the past with wood trim and metal snaps (for plastic side curtains or a tonneau cover?) even though the car features proper roll-up glass windows. Yet they have a contemporary appearance that brings the car gracefully into the 1970s. Black steel wheels with bright lips look sporty in my opinion, particularly paired with the red paint and black top. It's a very nice little car.