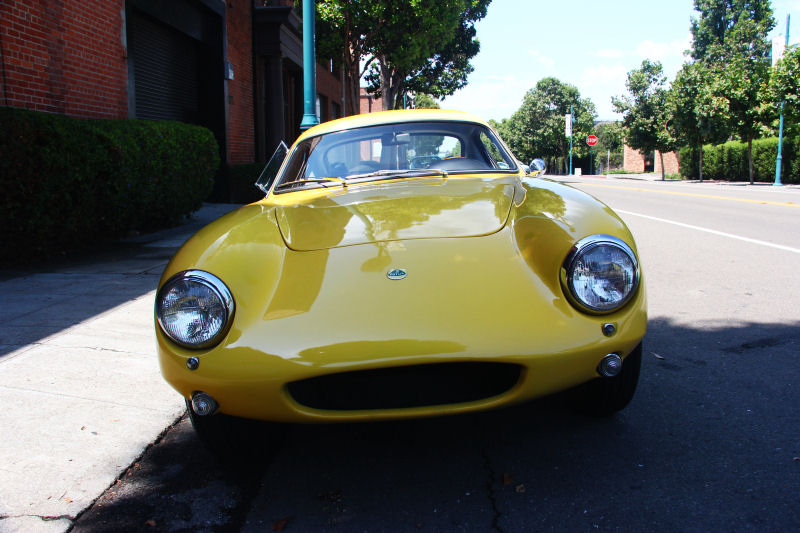 I rarely get lucky enough to run across a car collector with a warehouse or garage full of cars. Just as rare is the collector who has something rare and awesome pulled outside on a nice day and is kind enough to talk to me about it. I had left the Laney College Swap Meet on a Sunday morning and decided to kill some time before I met up with a friend. That's when I happened upon this yellow Lotus Elite and its friend, an Elan SE roadster. The owner planned to take the Elan for a drive and needed to move the Elite in order to get the roadster out the garage door. The owner, a Lotus enthusiast, showed me around his garage filled with some incredible machinery. In the interest of privacy and respect for his property, I did not take any photos in the building and will not disclose its location. 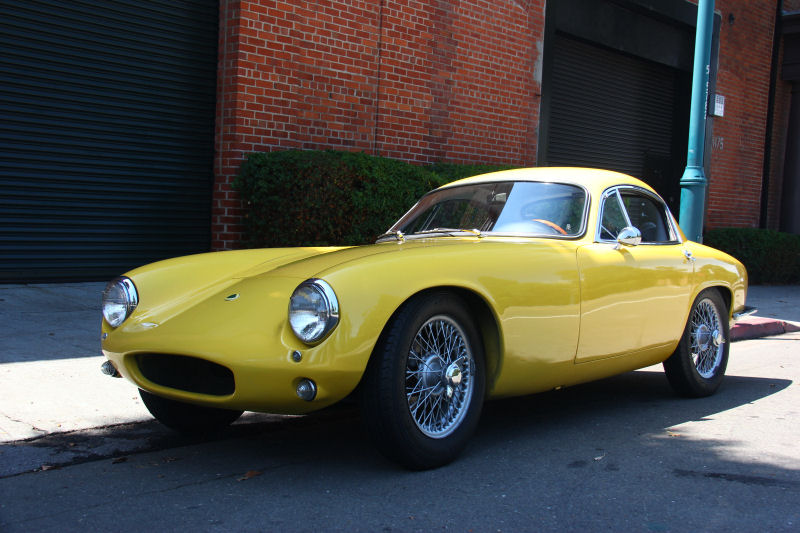 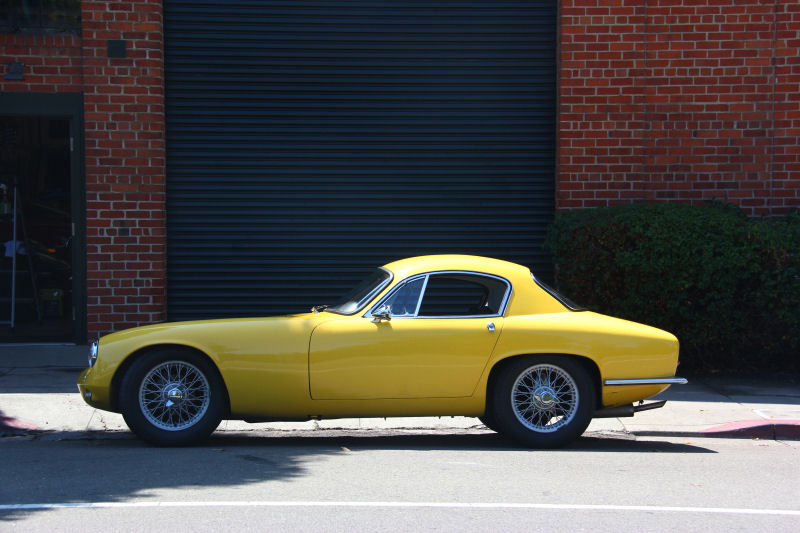 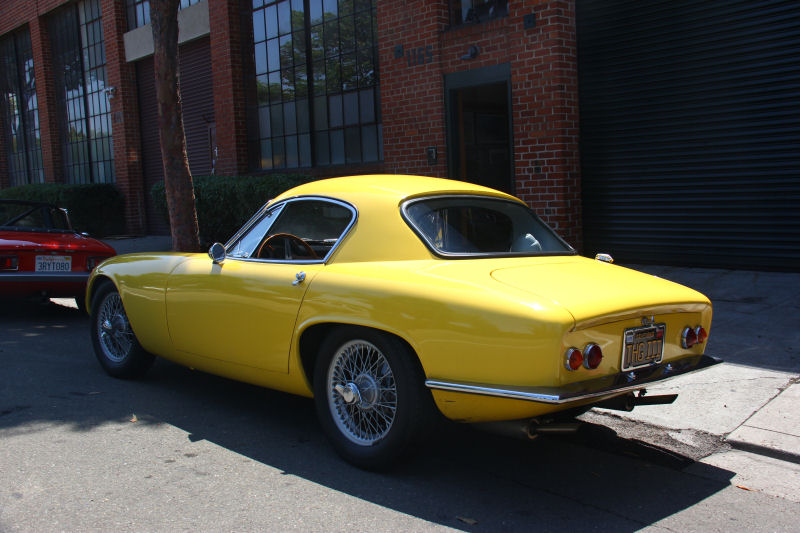 The Lotus Elite was one of many cars that subscribed to Colin Chapman's motto, "Simplify and add lightness". The Elite was introduced in 1958 as a two-seat sports car constructed of fiberglass in a monocoque (unibody) design. Unlike most monocoque vehicles which use steel for its strength, the Elite utilized fiberglass for its frame structure and most load-bearing parts and surfaces. Steel was used for the front engine subframe, door mounting points, jacking points and not a lot else. The result was a car that weighed about 1100 lbs and handled great, but it had a severe drawback. On early cars the stress of performance driving often damaged the fiberglass mounting points for suspension components! Power came from a 1.2 liter Coventry Climax four-cylinder engine producing all of 75 horsepower. The car's extreme lightness allowed it to make the most of that power, and it proved a very competent racer. 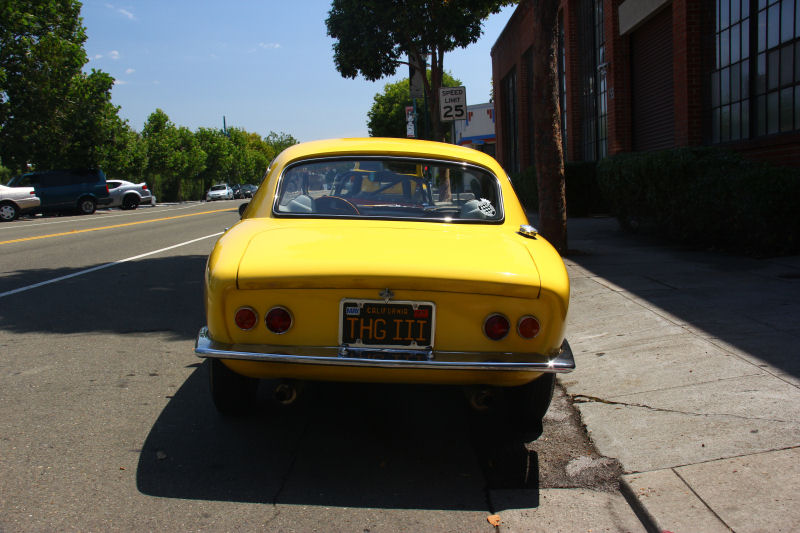 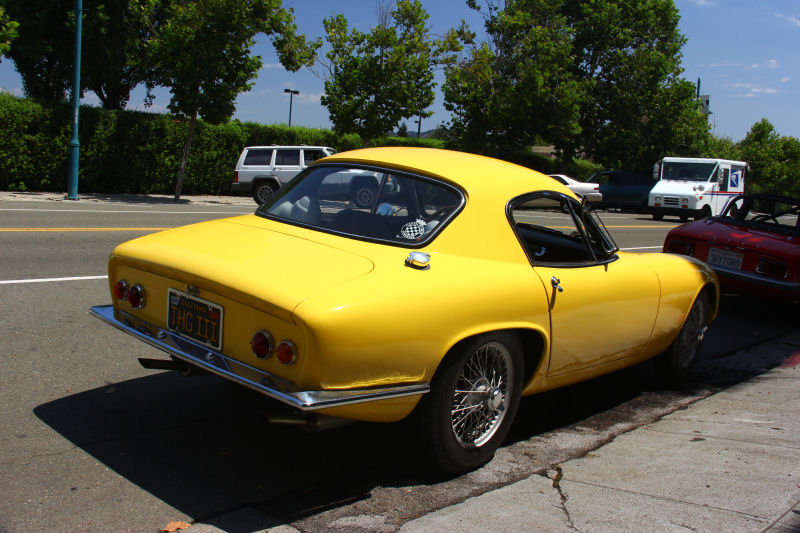 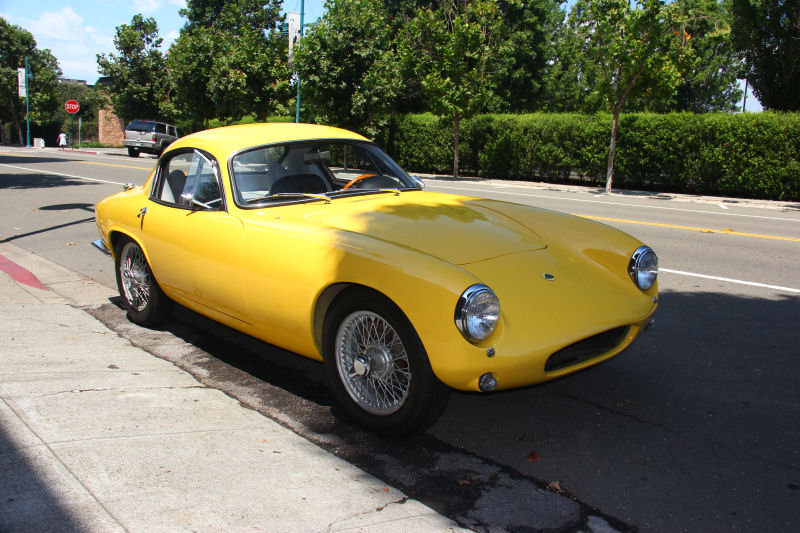 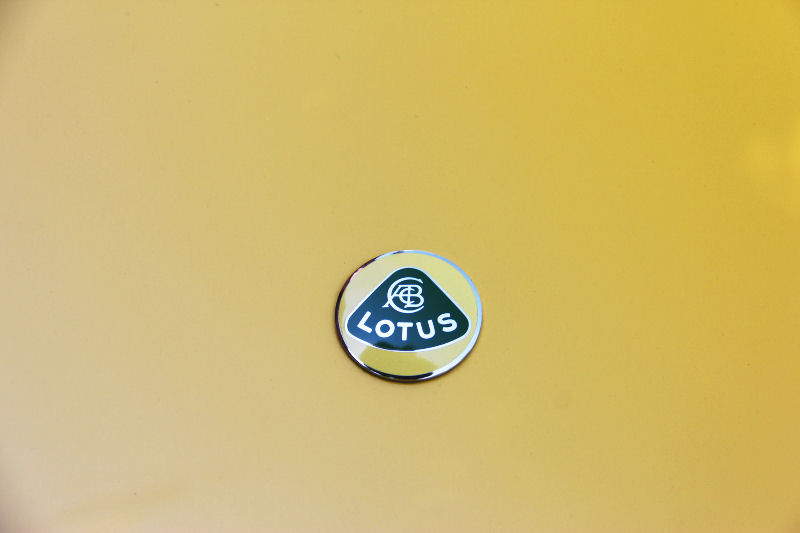 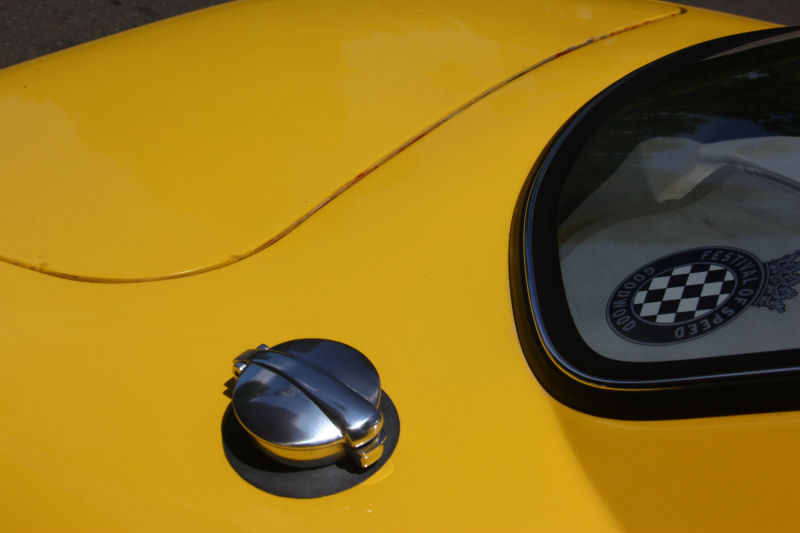 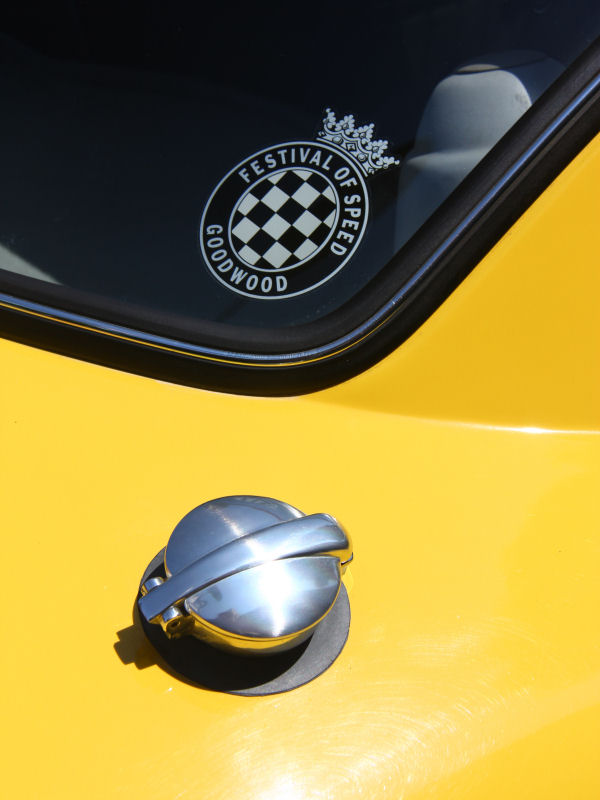 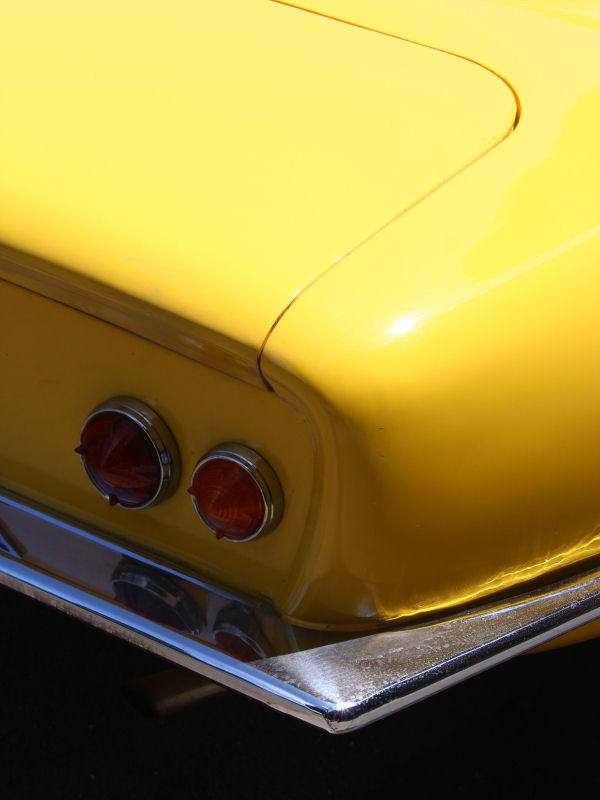 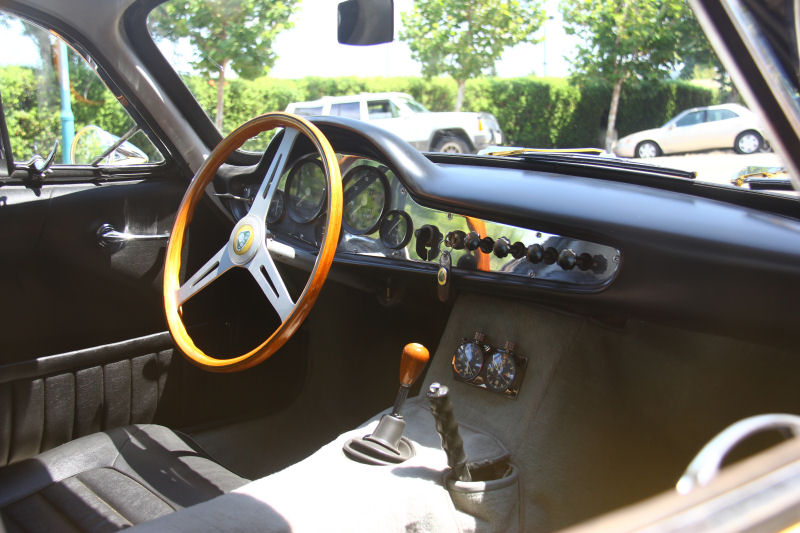 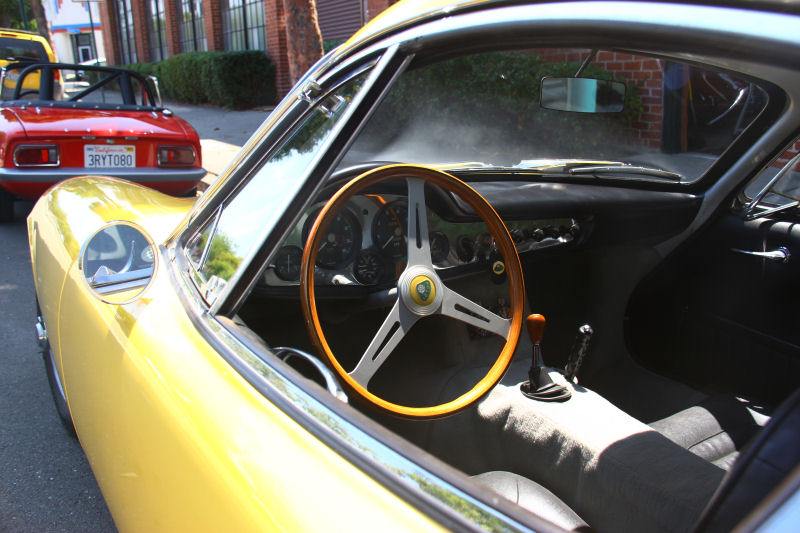 If I remember correctly what I was told by the owner, this is one of the last 30 or so cars built by Maximar Mouldings (out of a run of 250) before production transferred to Bristol Aeroplane Company. This one looks to have a very original body and a beautiful interior. I love a good classic wood-rimmed steering wheel. The apparently wooden gearshift knob is an interesting touch. I like the cheerful yellow color and the wire wheels. Speaking of the color, the trunk lid appears to be red or orange underneath the yellow paint, and I have no idea if that was a replacement part, a repaint or primer or what. The proportions are graceful for such a tiny car, shaped mostly for aerodynamics and kept delightfully simple. Not bad for a vehicle literally penned by an accountant. The front bumper on this one has been removed, giving the car a racier look. The sort of gunsight-shaped, chrome-rimmed bullet taillights are cool. Dainty dual exhausts complete the package out back. 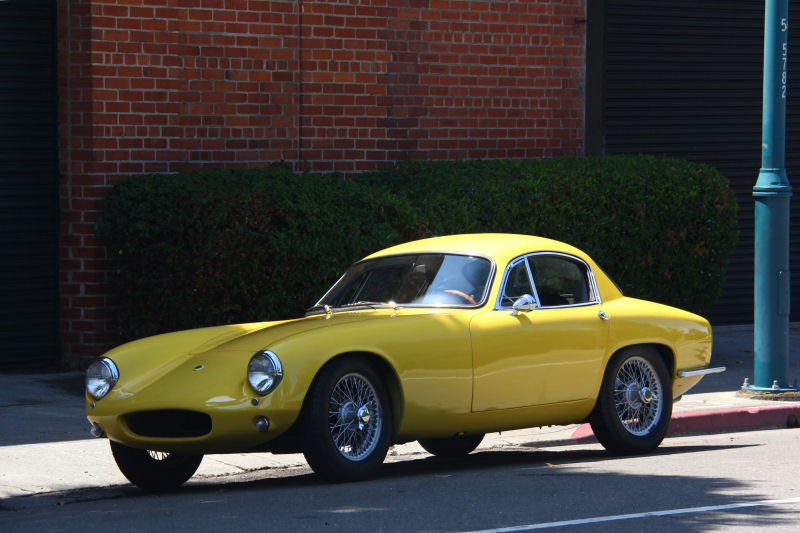 The Lotus Type 14 Elite is a car that demands love. You have to maintain it, from frequent drivetrain lubrication to checking for stress and damage to the monocoque. But if you show it that love, it will love you back.