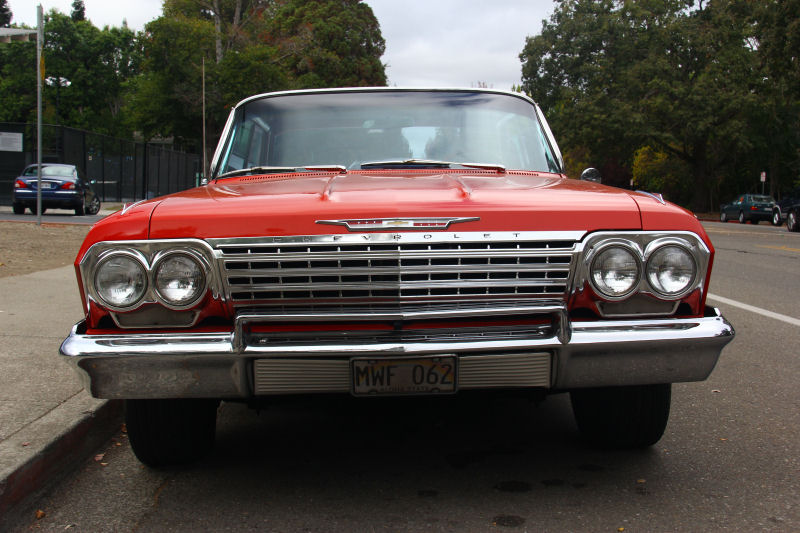 It's been a good four years since I last photographed a '62 Chevy Impala for a feature here. I've previously mentioned that old Impalas are such a fixture in California's car culture, I tend not to pay much attention to them. However, they are still historic and still special even though GM rolled out nearly 705,000 of them for 1962. What clinched it for me to shoot this one was its relatively stock appearance and the story it tells. 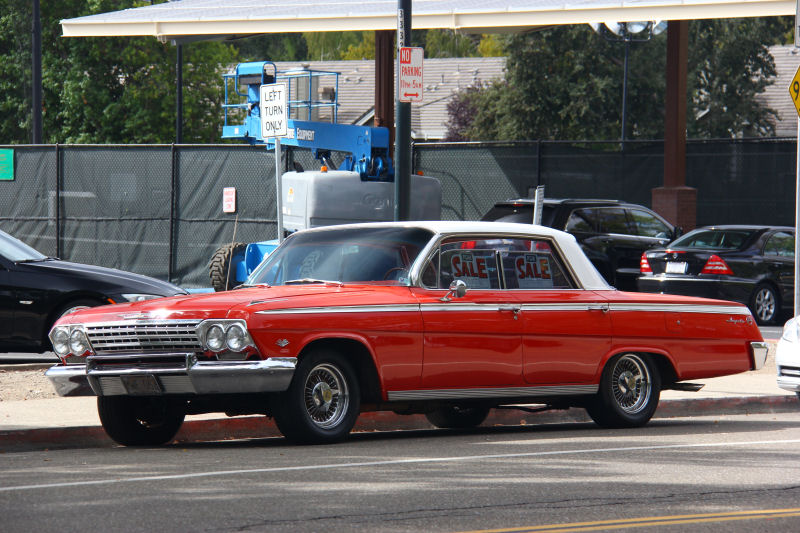 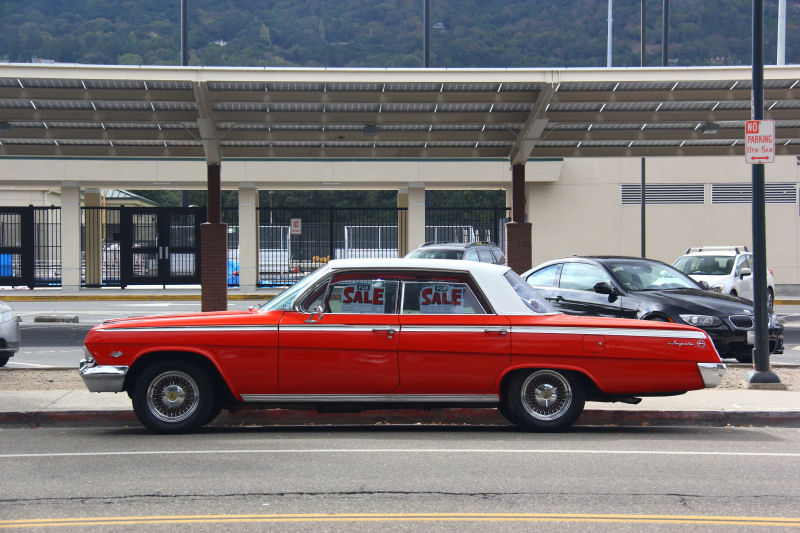 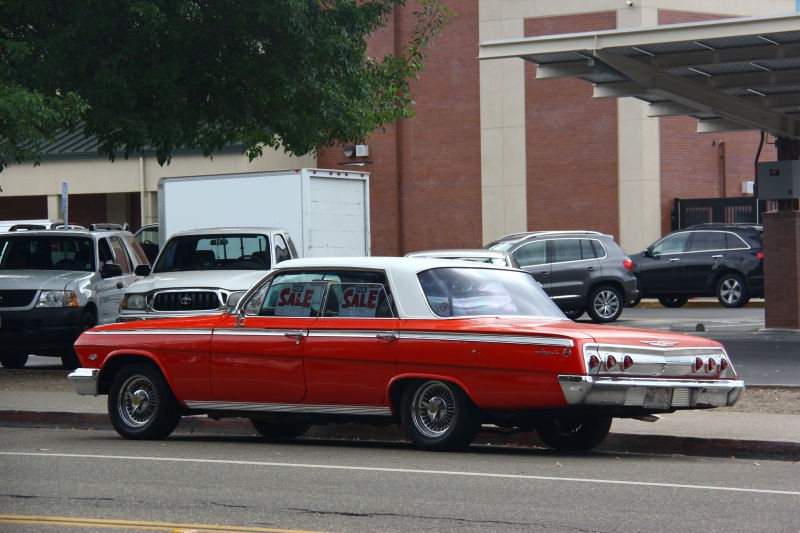 A lot of the four-door Impalas I run across these days are the Sport Sedan hardtops with frameless door glass. These seem to be kept more stock than the coupes and convertibles that are so popular in the lowrider scene. This one has come a long way from its former home in Hawaii, and graced Danville's weekend row of for-sale cars with its presence. 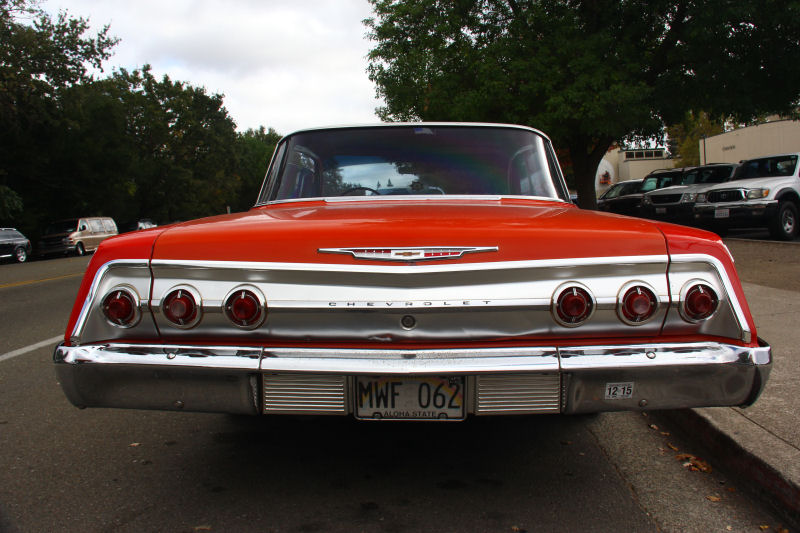 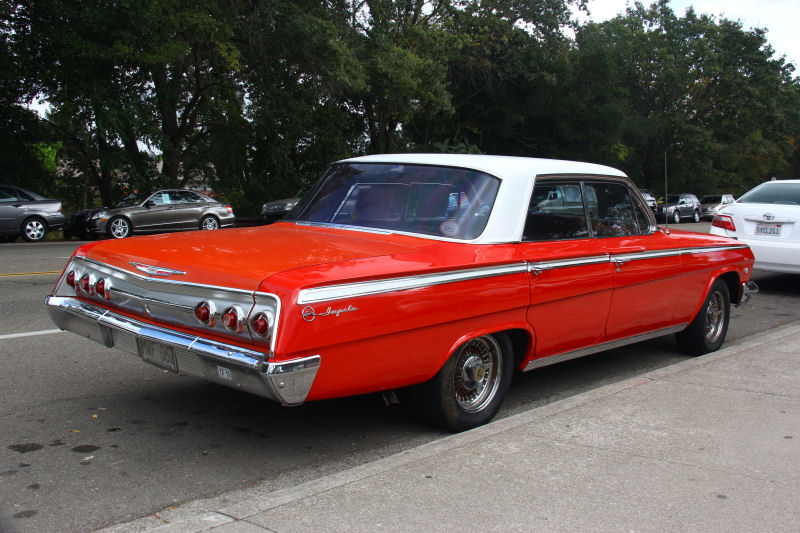 One thing I imagine is difficult about owning a classic car in Hawaii is trying to keep old steel from rusting on an island surrounded by salt. There is a little bit of oxidation on this car but for the most part the body seems to be solid. The bright cherry red and white paint is a snappy look, though I wish the builder had invested a little more in the spray job. It looks awesome from across the road; there are just a few paint flaws noticeable only upon close inspection. I recognize that not everyone wants or can afford high-end paintwork for a car that's more of a weekend cruiser than a concours trailer queen. 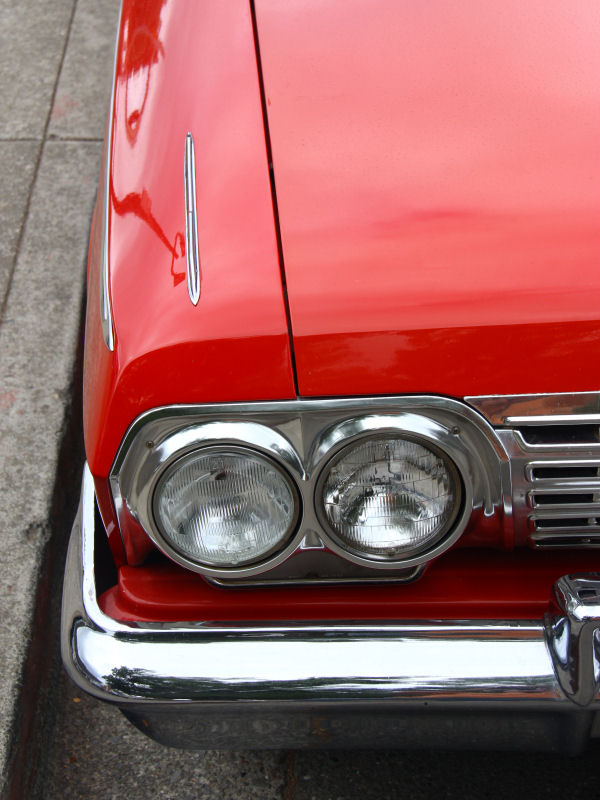 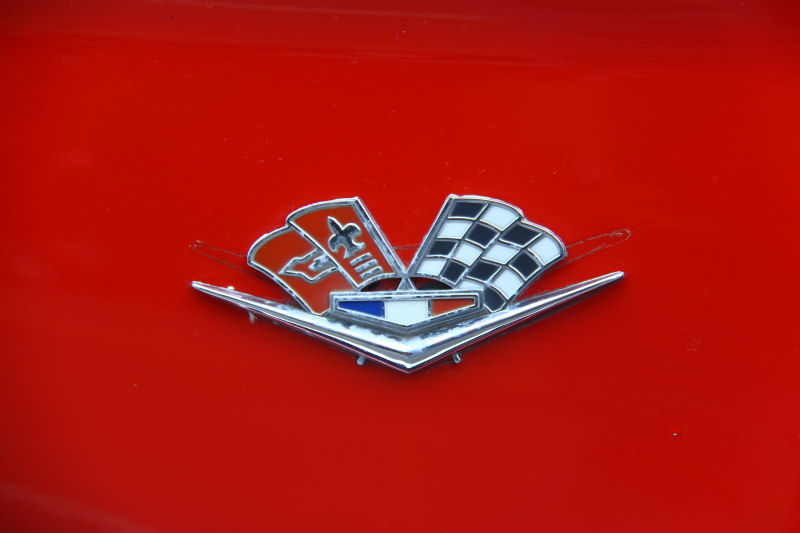 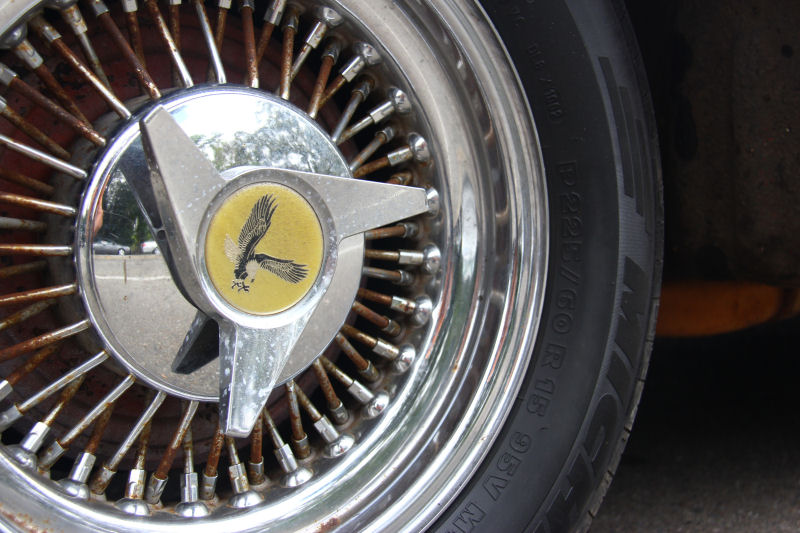 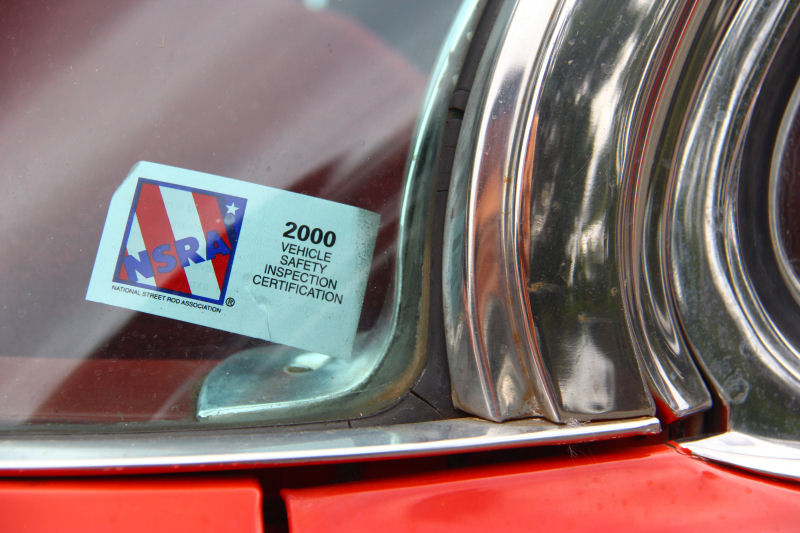 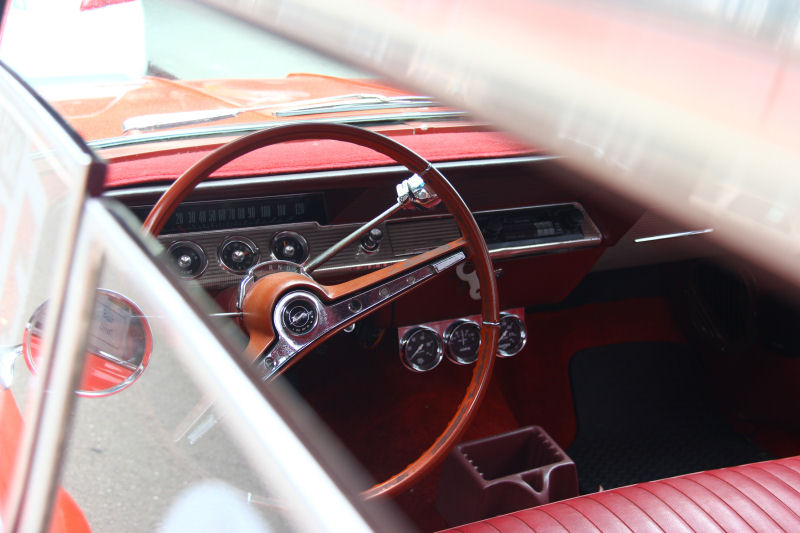 Looking at the details, it appears that this Impala is a small-block V8 car. I'm guessing a 283 with a Powerglide automatic assuming everything is still factory. It sits on a set of American Eagle 15" wire wheels with knock-off hubcaps that give the car a hint of the lowrider look without going overboard. Inside, auxiliary gauges, cup holders and an aftermarket tape deck make life easier for driver and passengers. 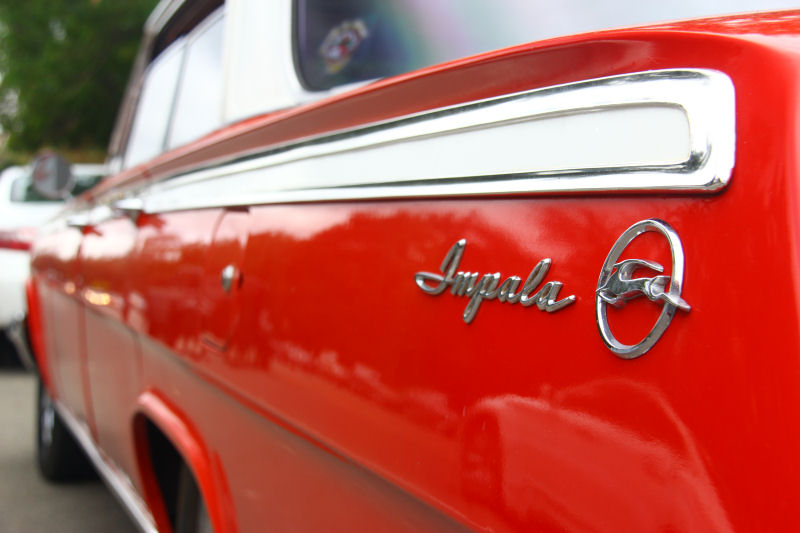 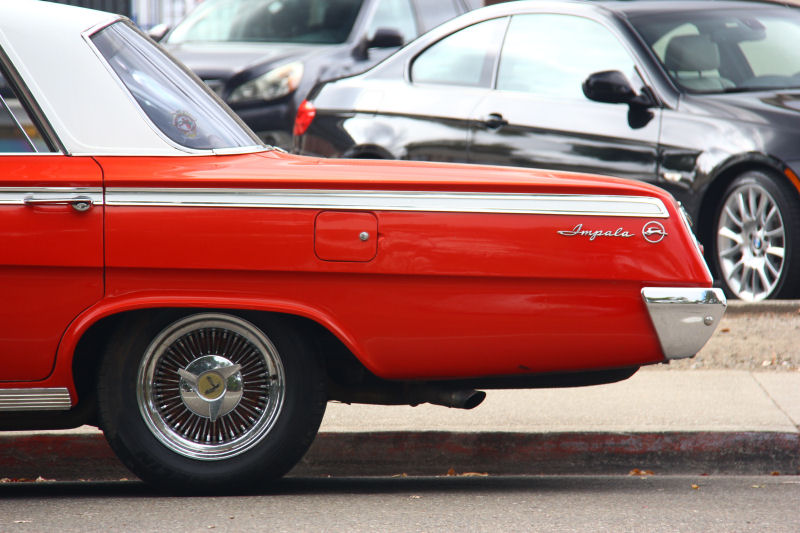 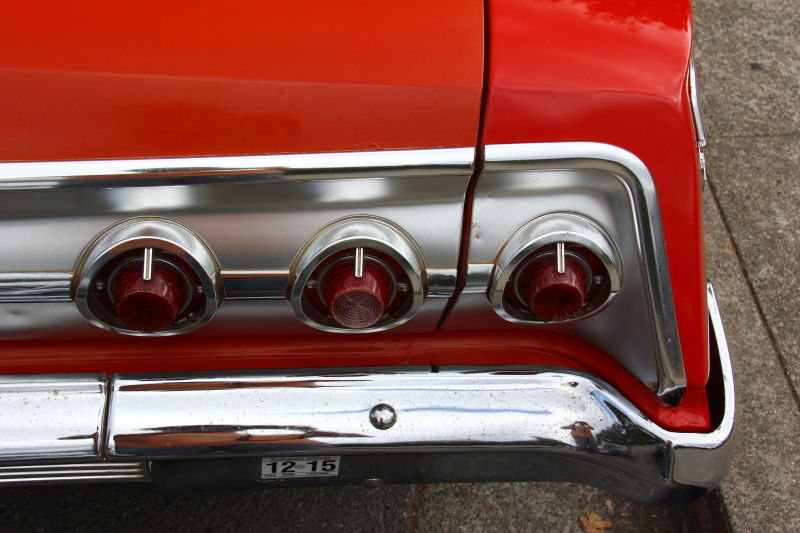 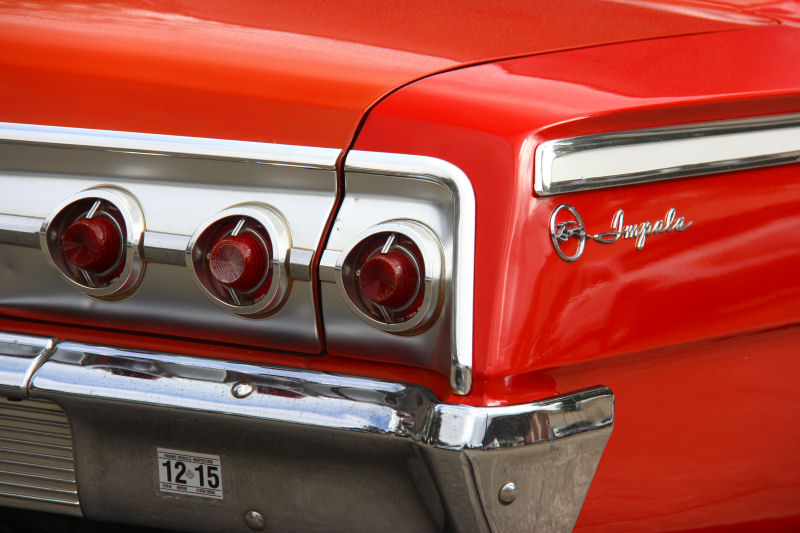 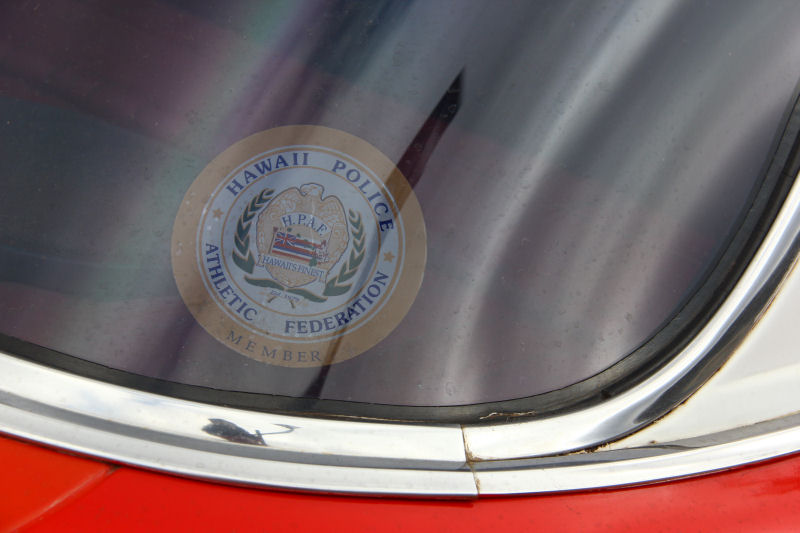 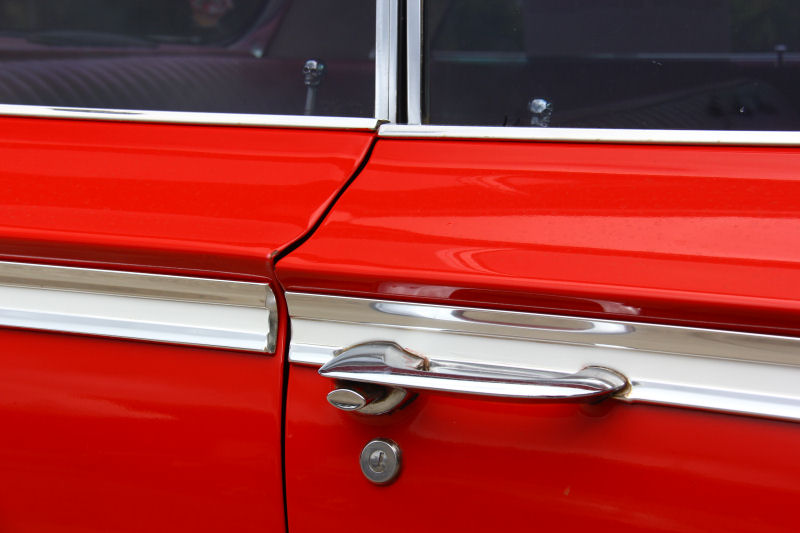 This Impala must have come to the West Coast fairly recently when I found it, given the Hawaii vehicle inspection sticker expiring in December 2015. It can cost a good $1100 or so to ship a car between Hawaii and California so I'm surprised that the owner would have wanted to sell it already. Looking on the Honolulu Craigslist as of this writing, there were only three 1960s Impalas for sale across all of the islands, none of them 1962 models. Comparatively, on the San Francisco Bay Area Craigslist at the same time, there were at least nine '62s available amid dozens of other 1960s examples. That's not even counting all the Bel Airs and Biscaynes. I imagine such a car is more marketable in California even if it is more unique back home in Hawaii. I'm a sucker for honest old sedans and wagons simply because the fancy coupes and convertibles start to bore me after a while, and a nice solid four-door hardtop is a good find.

Photographed November 2015
Posted by Jay Wollenweber at 12:00 AM