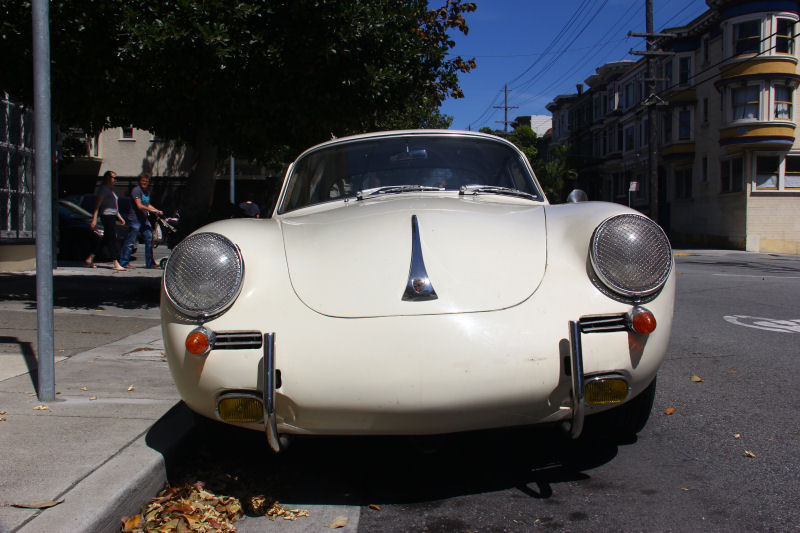 Remember back in the day when you wanted to buy a used car and the first place you went was your local classified paper? That told you what was available in your area, assuming the seller paid the fee for a two or three-line print ad that may or may not include a small photo. That worked for a lot of people who wanted a normal car or truck without having to visit a dealer or hang around the local auto auction. But what about the collector car market? Not so long ago you had to buy Hemmings Motor News or Old Car Trader or the DuPont Registry if you were shopping for secondhand classics or exotics. The really high-end stuff often went to auction through companies like Christie's, Bonham's or Barrett-Jackson, where hundreds of cars would be trucked in to a central location for bidding. With the advent of Craigslist and other online listing services like eBay, now you can search all over the world for the right vehicle and even bid on and buy cars online without having to hire a broker. 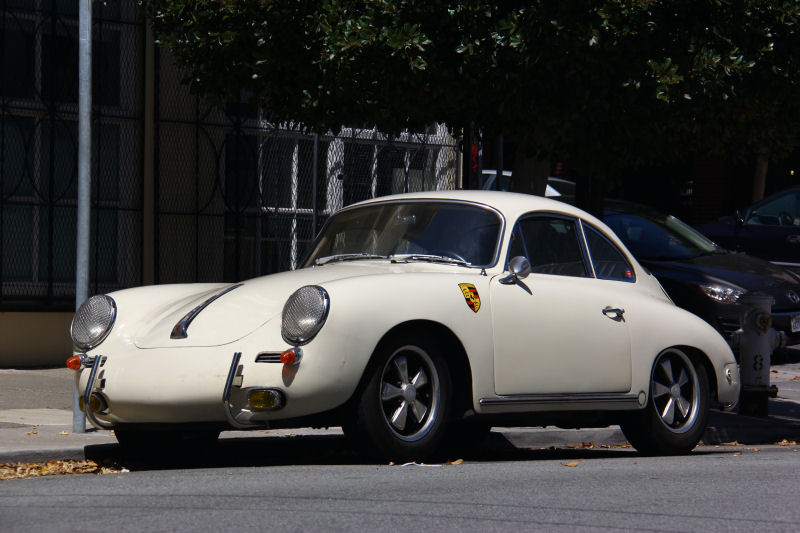 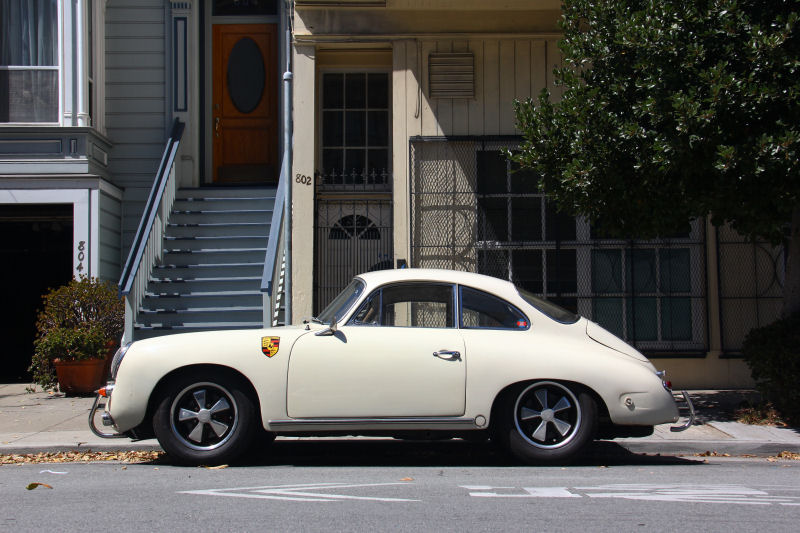 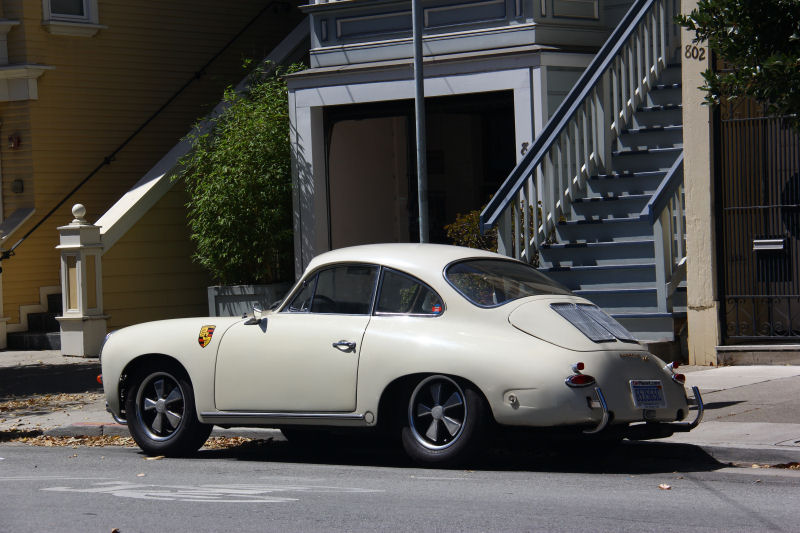 I guess where I'm going with all this is the fact that this car had a Michigan license plate and a plate frame from CarPlanet.com, which I found out later to be a classic car dealer in San Francisco specializing in Porsches. I'm guessing that the car had been purchased out of state and trucked over from Michigan to California where CarPlanet probably put it in their warehouse inventory to re-sell. 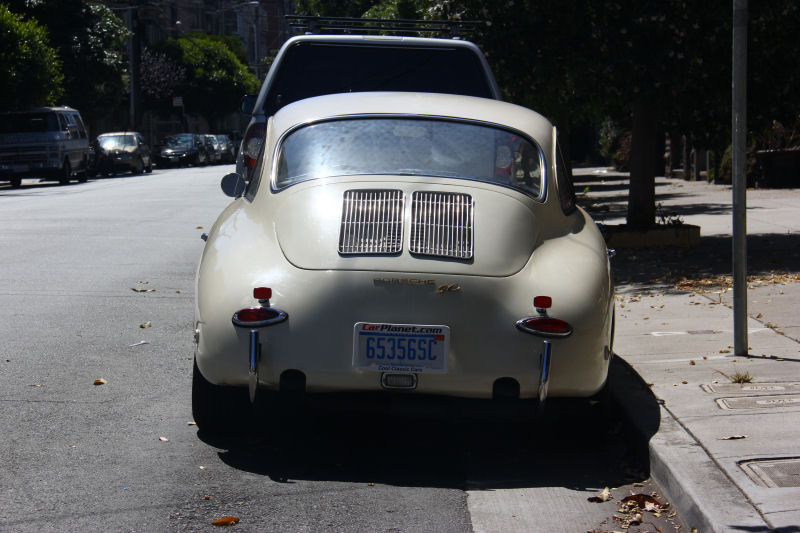 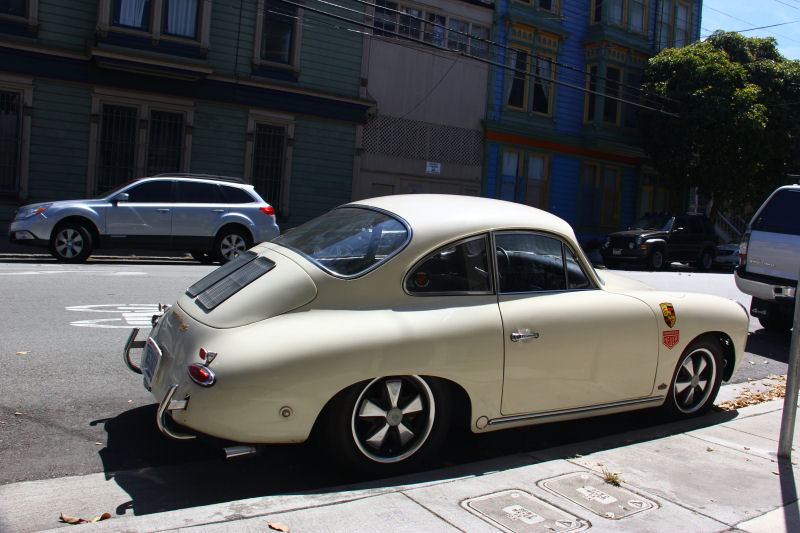 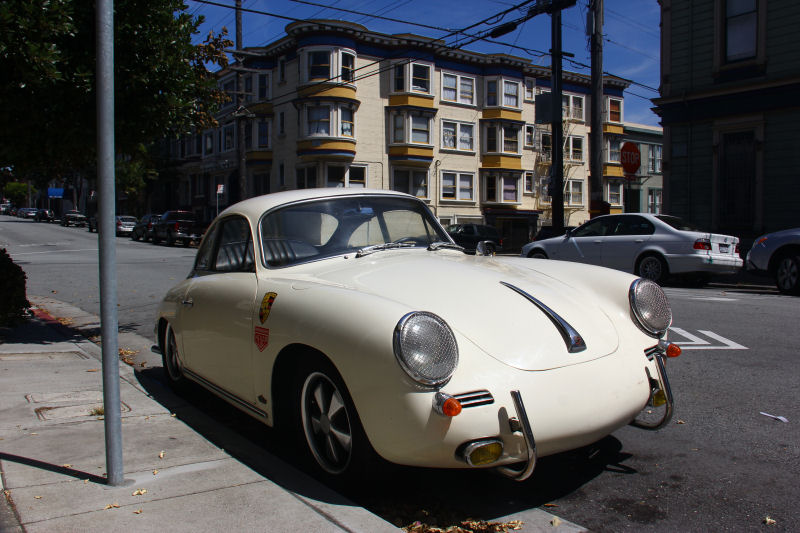 The Porsche 356 SC was one of the last iterations of Porsche's inaugural 356 model. It was an option package on the 356 coupe and roadster that gave the car a 95-horsepower version of the 1.6 liter flat-four engine, and four-wheel disc brakes. By the time this particular car rolled off the production line, the more powerful, more modern 911 was already in production. The 911 would finally replace the venerable 356 after the 1965 model year. 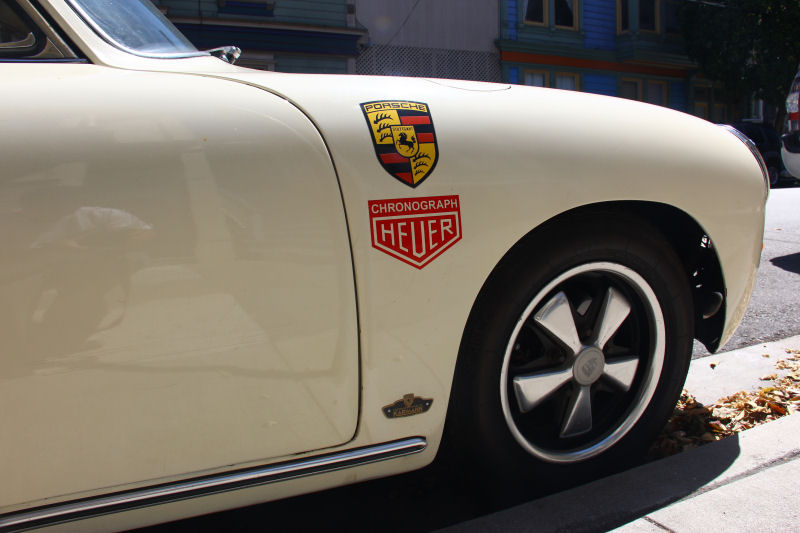 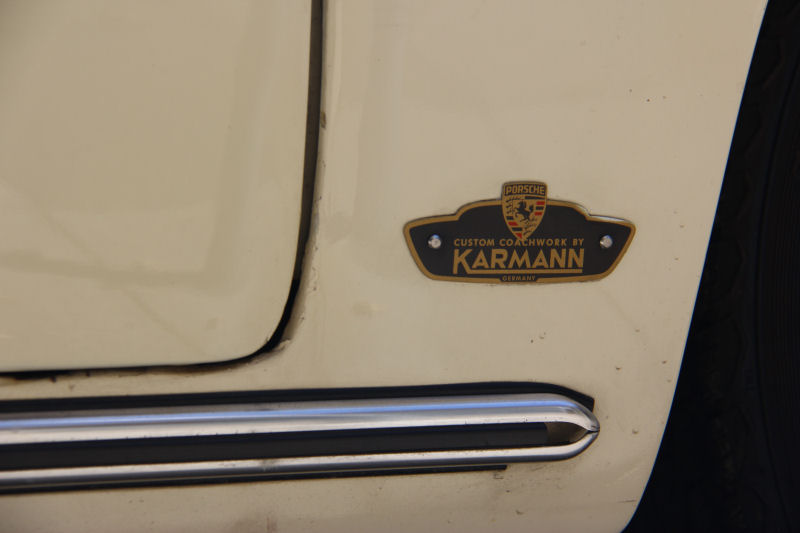 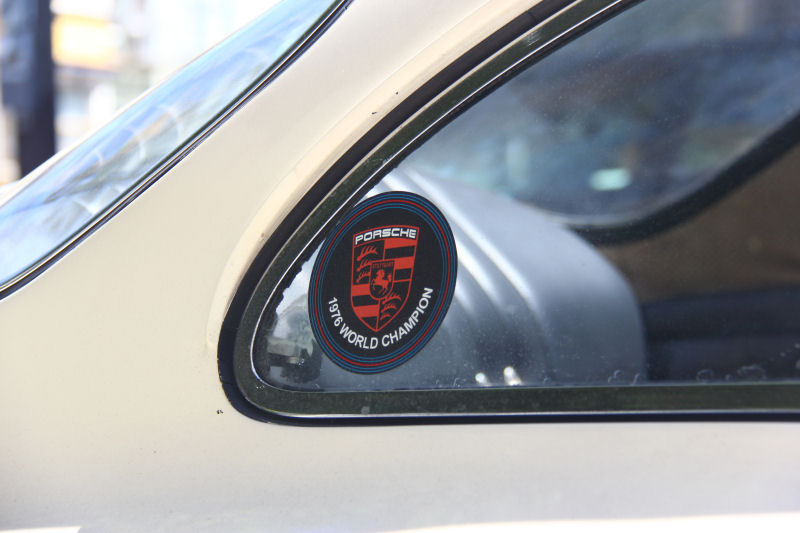 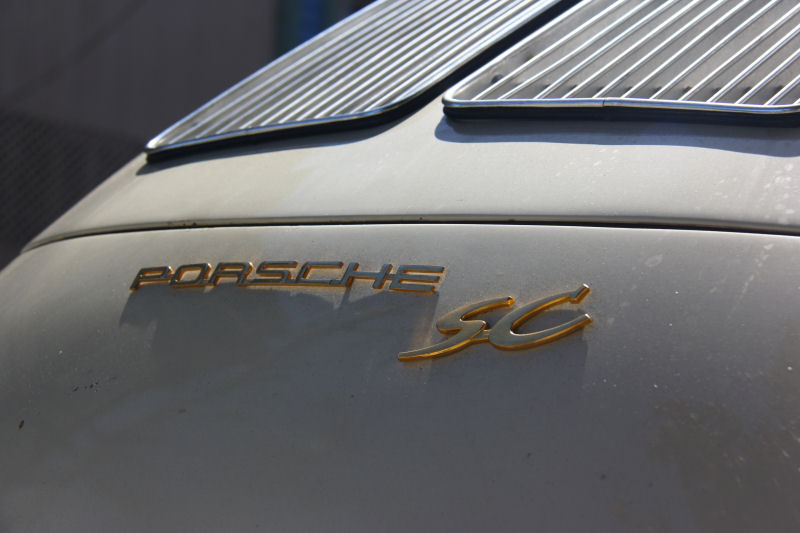 This 356 SC looks like a driver that has possibly been actively raced by an enthusiast owner. Front and rear bumpers have been replaced by small vertical chrome highway bars and mesh stone guards protect the headlamps. The car rides on Fuchs wheels from a vintage 911. One interesting detail about this car is the body was built by Karmann. Most 356 bodies were built by Reutter (now known as Recaro) and Karmann is better known for their work with Volkswagen on cars like the Beetle convertibles and the Karmann Ghia. Karmann made bodies for Porsche between 1961 and '65. The body on this car bears evidence of hard use and obviously is not the concours-restored cream puff you see crossing the auction block for $200,000. The prices people pay for good 356s these days are shocking! The coupes tend to be a lot cheaper than the convertibles, but they still command a pretty penny, often in six-digit territory for a good one. A customized 356 SC like this one in this condition is still a very rare and valuable classic and I think it was a good find.
Posted by Jay Wollenweber at 12:00 AM