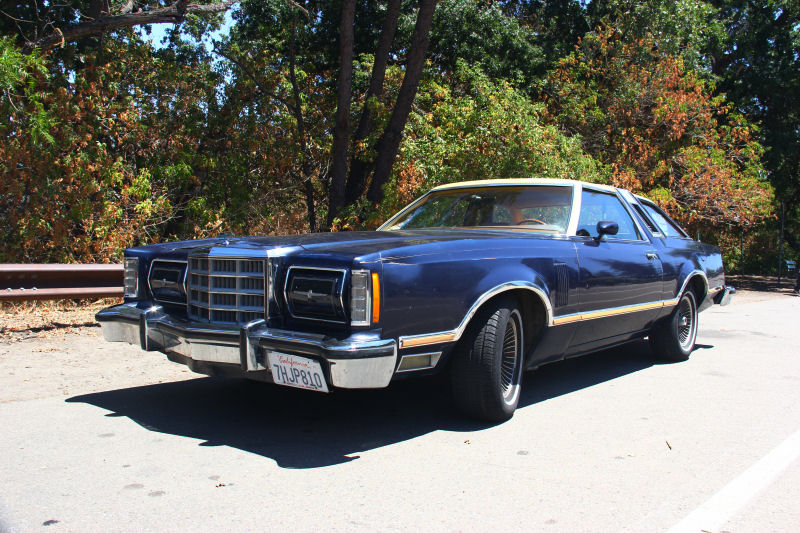 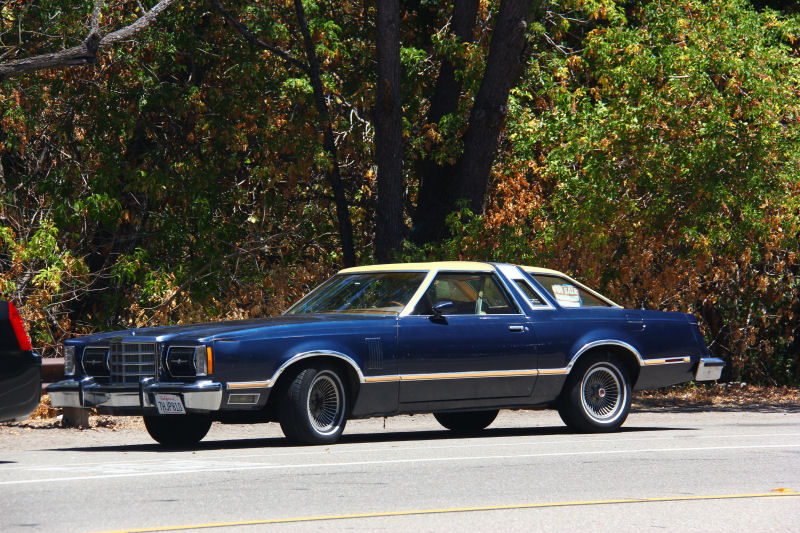 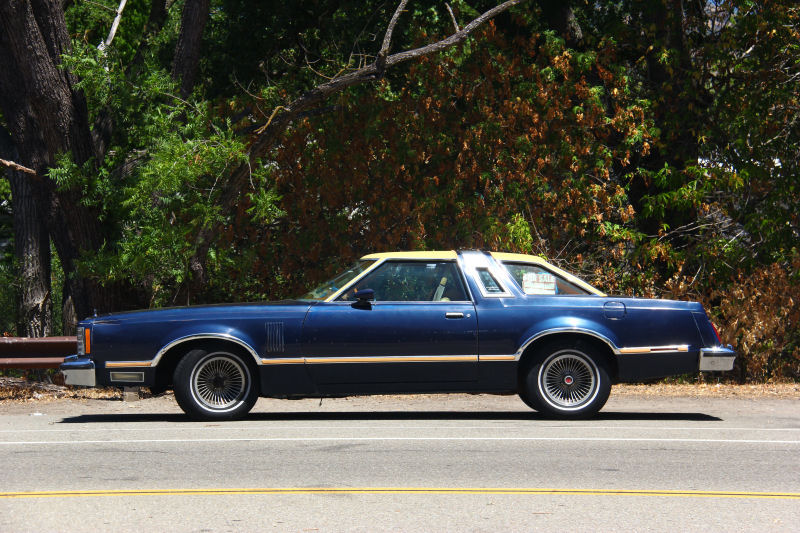 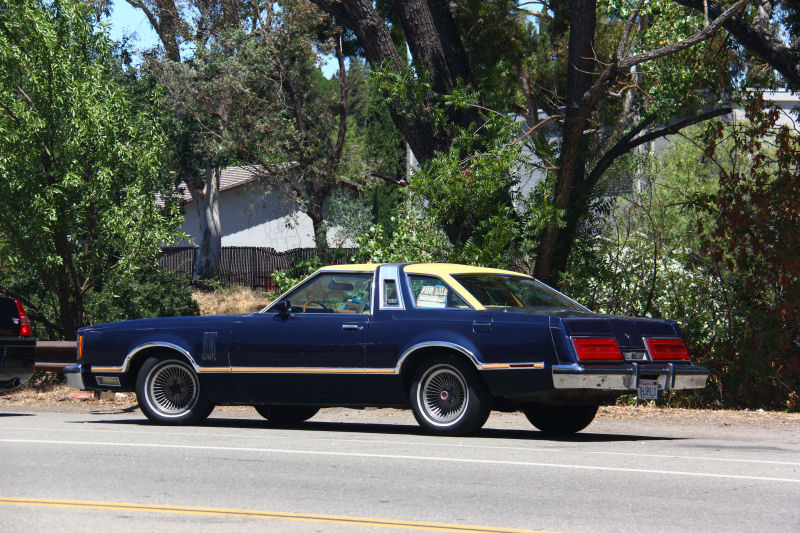 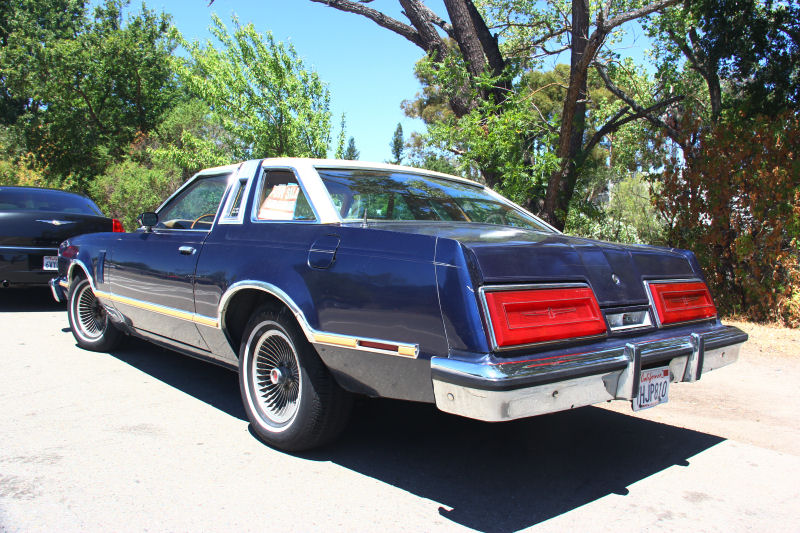 The 1977-79 Thunderbird is a strange thing. I always thought this generation was a twin of the Lincoln Continental Mark V, but instead it was built on the smaller Torino platform shared with the LTD II and Mercury Cougar. Despite its elephantine appearance this car is actually smaller than the '72-76 cars that were rebadged Lincolns. Compare a '79 T-Bird to a '79 LTD II coupe and you'll see that very little is actually different beyond front and rear fascias. The sheetmetal itself looks to be the same and the quarter window encased in padded vinyl landau roof on this car was optional on both models. The huge blocky taillights fit into the same space that on the LTD II was occupied by a filler panel with badging and reflectors (the LTD's taillights were mounted at the rear corners, which are styled blank filler pieces on the T-Bird). The trunk lid appears to be the only unique piece of exterior sheetmetal that I can see. 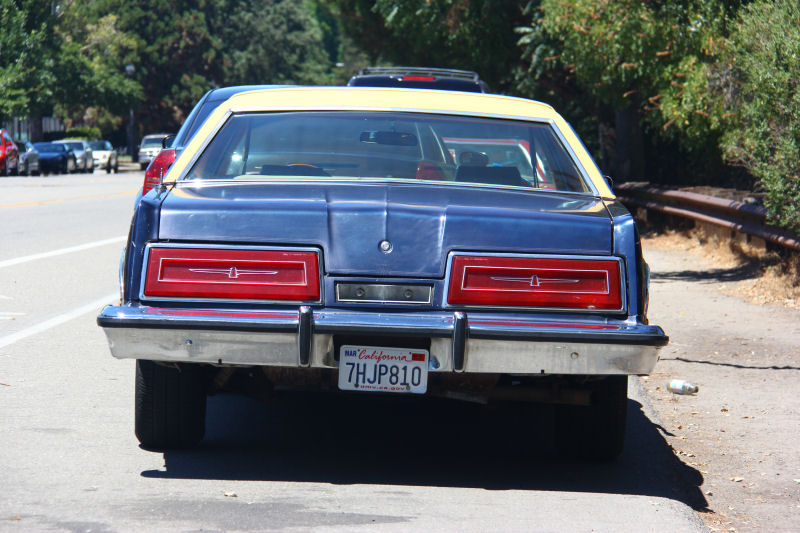 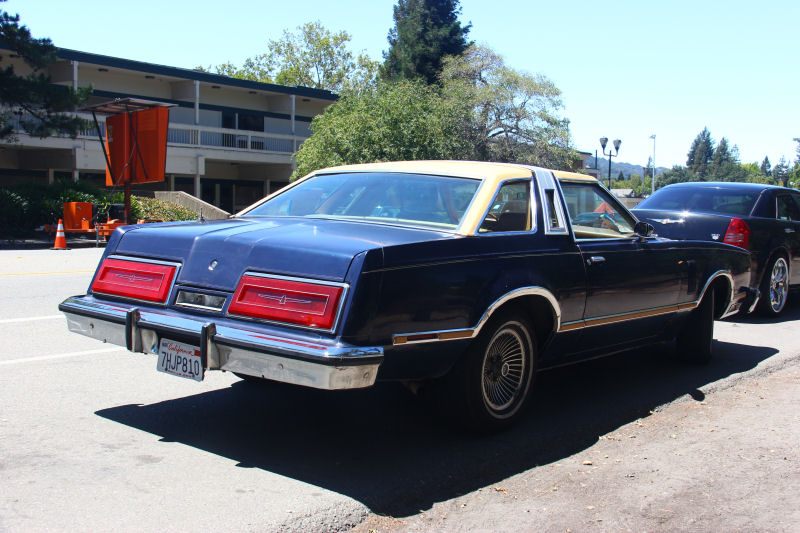 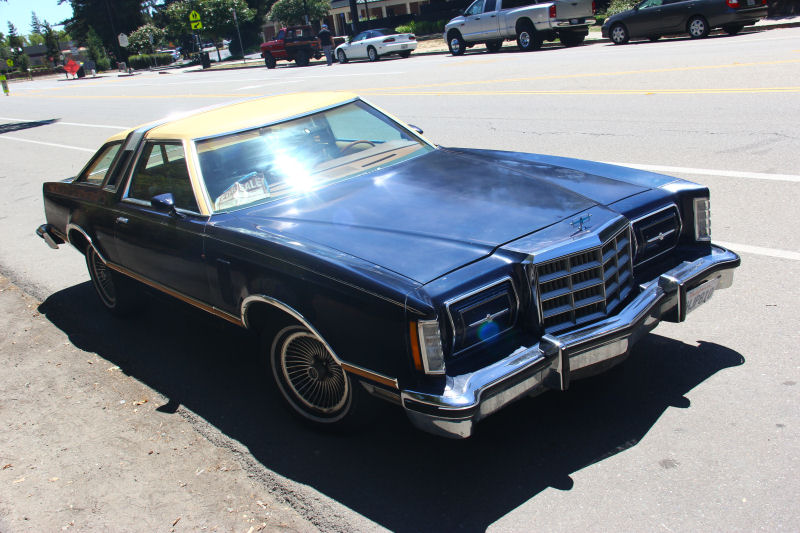 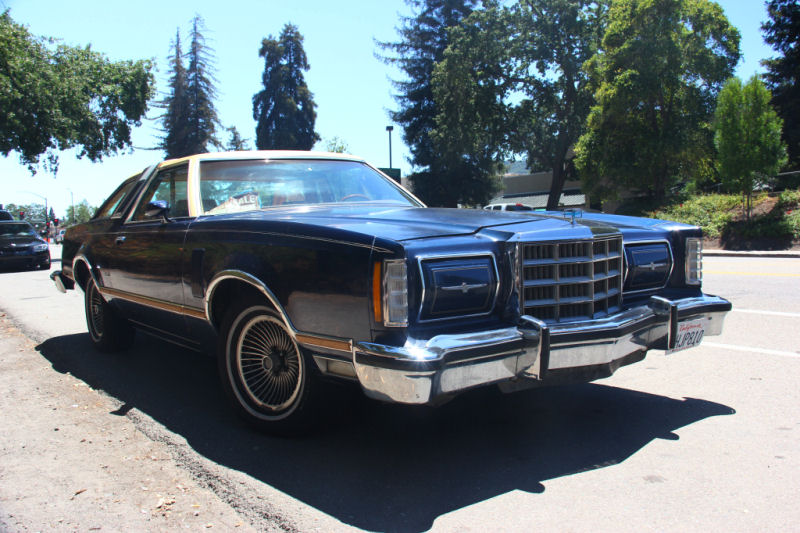 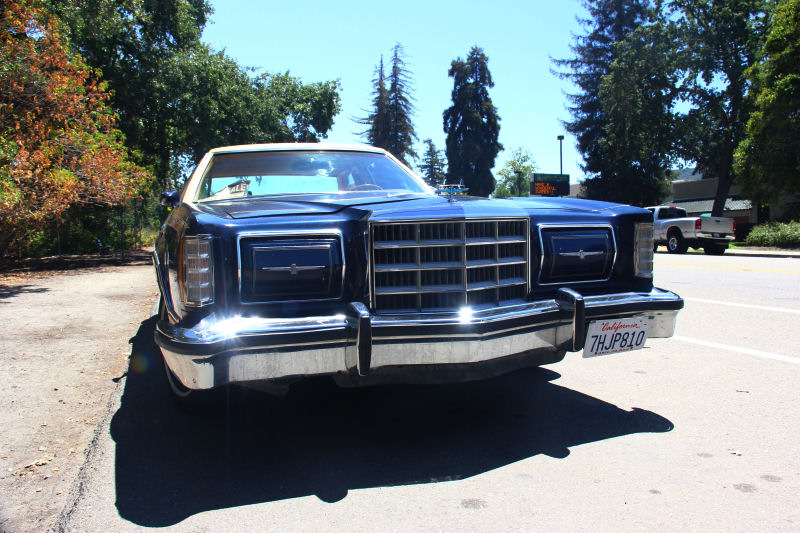 The upside of such blatant rebadging is that you can do a lot of upgrades to another model without doing heavy-duty metal work. People have constructed Thunderbird and Cougar pickups by just bolting the car's front end and wiring harness onto a '77-79 Ranchero. I expect it would be totally feasible to put most of the luxury coupe's interior into the same Ranchero and have a pretty luxurious hauler. 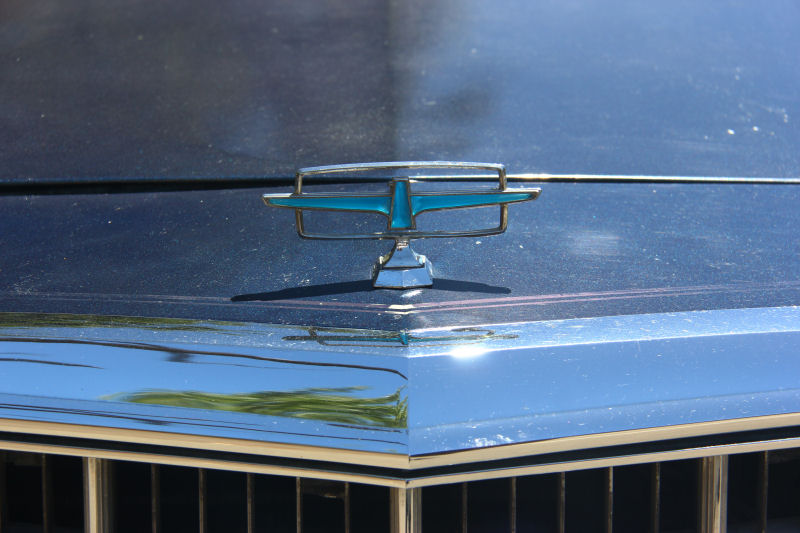 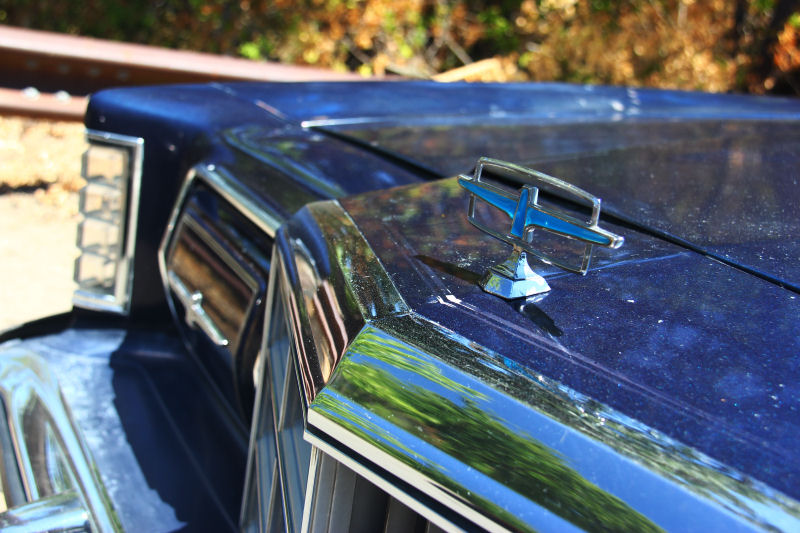 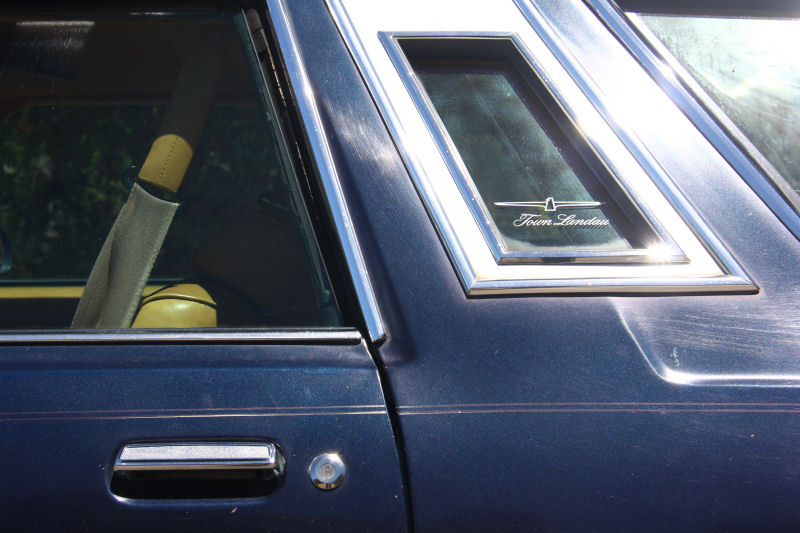 Ford sold nearly one million Thunderbirds between 1977 and 1979. It's rare now to move that many units of a single model, let alone a gas-guzzling personal luxury coupe. Speaking of fuel economy, the '79 Thunderbird was V8-only, but it was a range of small block engines shared with the Torino range. The big 400, optional the year before, was now reserved for the bigger Lincoln Mark V. In California for some reason only the 351 was available, with a 302 serving as the base unit in other states. Why the bigger engine was less polluting is a mystery, but it's not the first time I've heard of such a thing in California-specific models. This car wears what looks like the original Midnight Blue Metallic with Chamois vinyl roof and side rub strips. I've always liked turbine wheels on Ford and Lincoln cars of this era and I think they work better than wobbly fake wire wheel hubcaps. Thin whitewall tires add just enough class without being too gaudy. I think they also serve to make the wheel diameter appear just a touch larger. 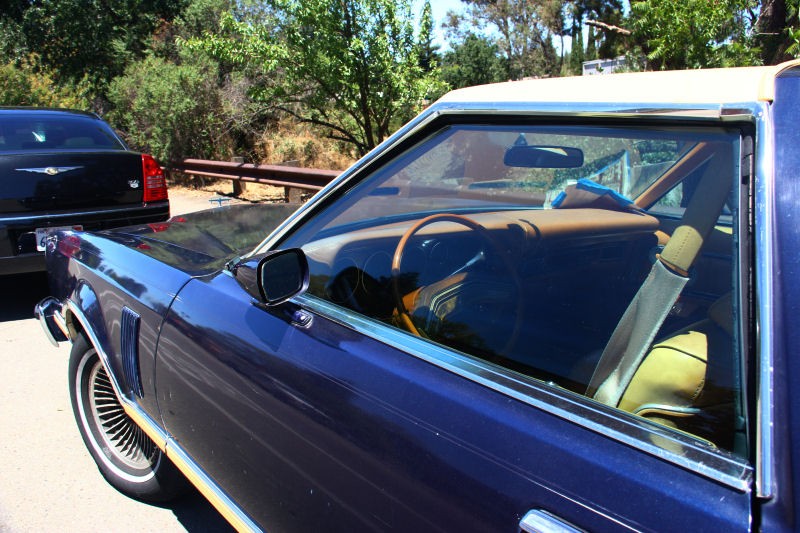 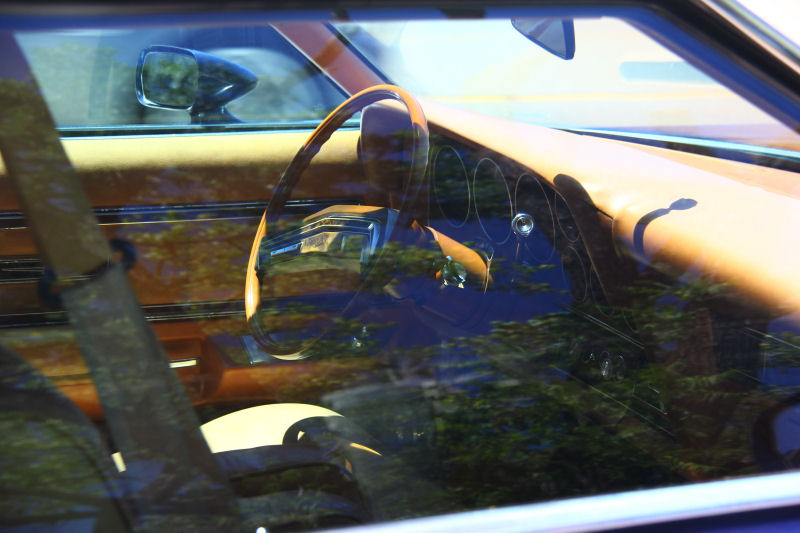 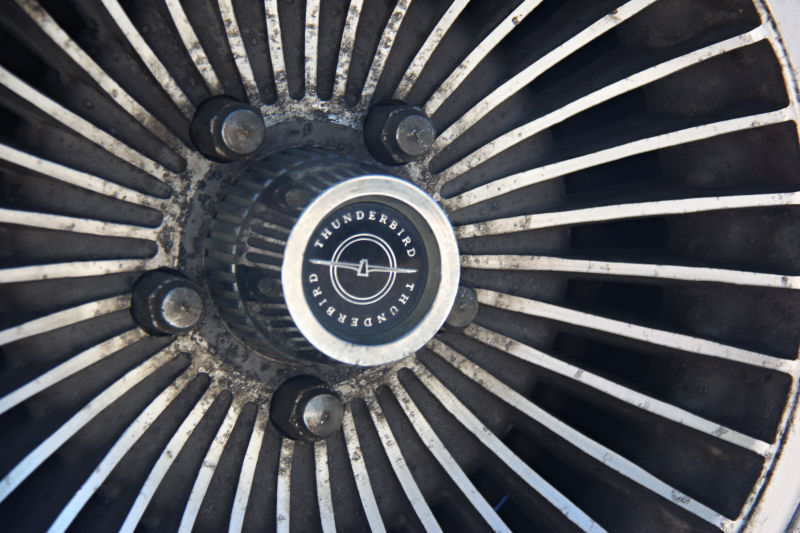 This one was for sale when I spotted it. It would be a fairly affordable cruiser for someone just looking for a big comfortable car on the cheap -- someone who also doesn't mind making up the difference with increased fuel costs. The bodywork can be dealt with fairly easily, and I'm sure missing parts can be sourced. The biggest knock against a car like this in California is simply bureaucracy. It's a 1979 model and therefore is subject to this state's emissions testing forever, or until the politicians stop trying to kill all the old cars and update the smog test exemption from its 1975 cutoff. Save the land yachts!