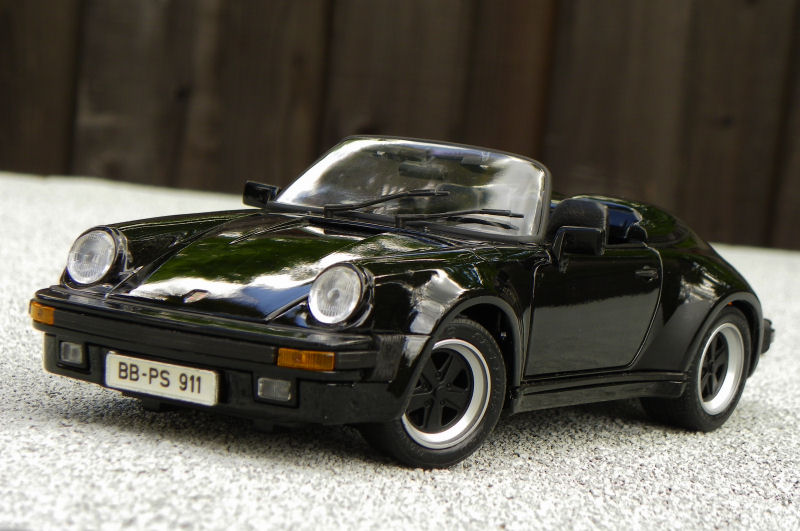 The story of how this model came to me is mildly interesting. It's no accident that I'm writing about toy cars so soon after Christmas, but this Maisto Porsche 911 Speedster was no gift. I was bored around 3:00 in the morning, browsing eBay for anything cheap in 1:18 scale. Someone had listed a black 1989 Speedster in a factory cardboard box and protective foam shell for under $10. Being the amateur speculator I thought I was at the time, I bid on it. I figured an auction ending in the early morning was unlikely to get much attention and I ended up owning the Porsche. My original plan was to turn around and try to sell it at a profit, but after taking a good look at the model I decided to keep it. 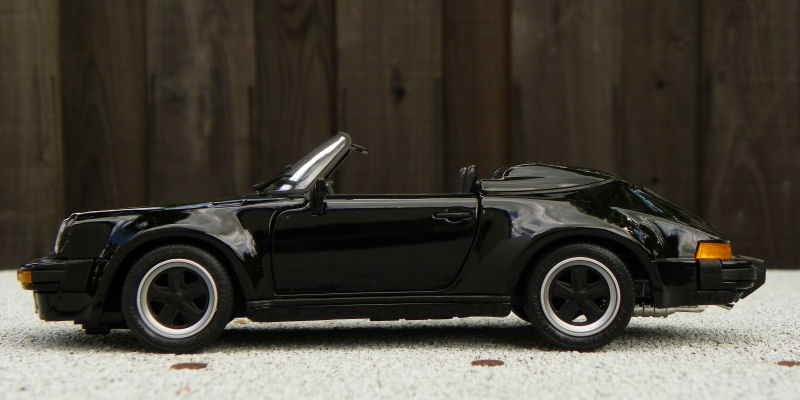 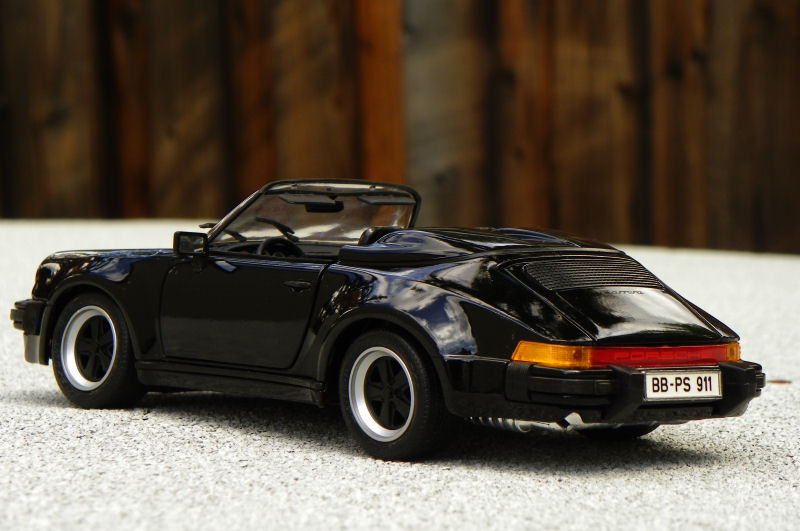 When researching this model for this writing, I found that apparently the 911 Speedster was Maisto's very first foray into 1:18 scale. It's kind of apparent from looking at it that the level of detail is more basic than other cars in this large scale, but it displays really well and the proportions look correct. It's clearly a used model with some wear and light scratches. It's a black car that I've never waxed, what do you expect? 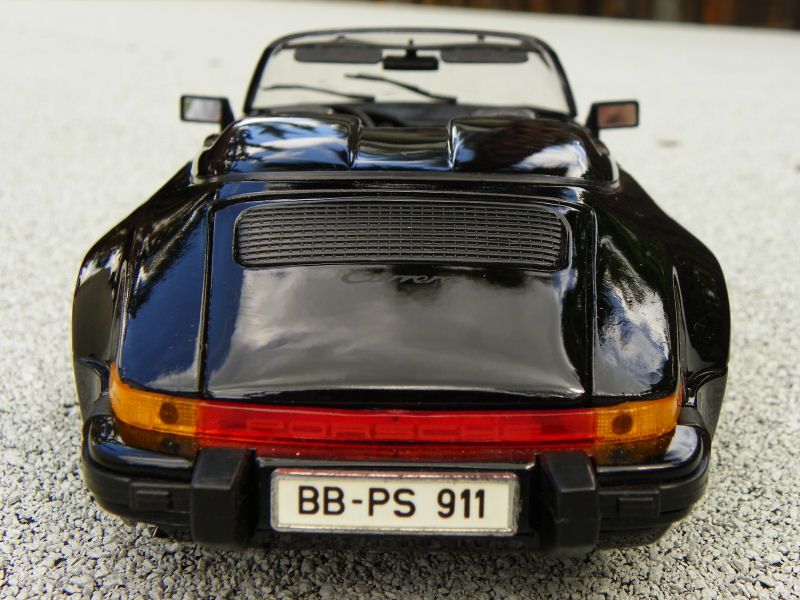 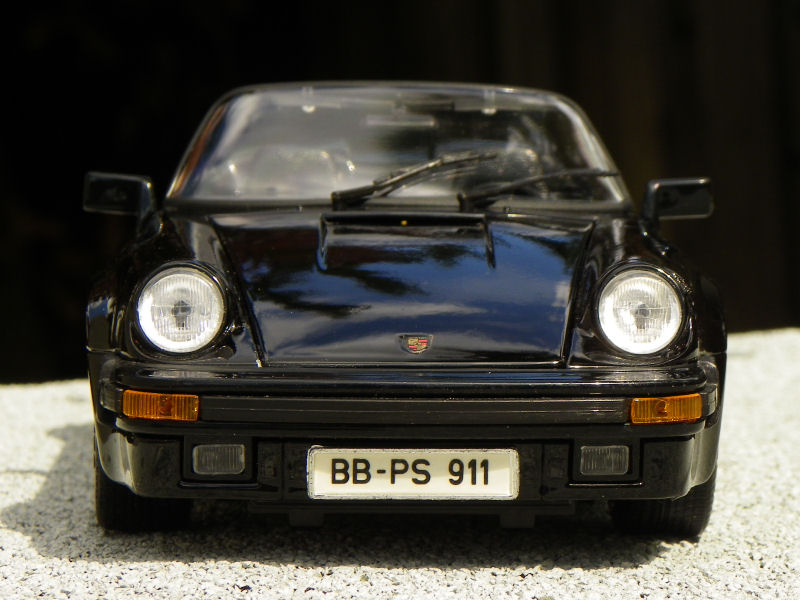 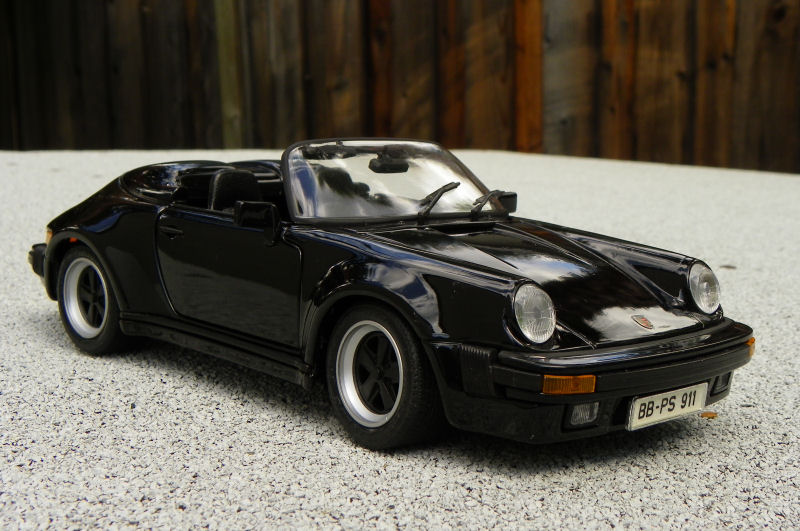 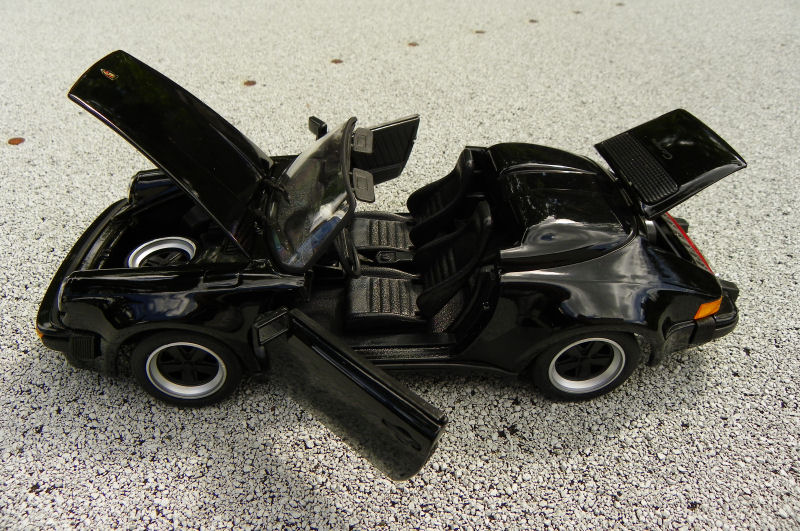 Getting down to details, this is decent for a budget model of its time. Doors, hood and engine cover open. Paintwork has some orange peel but classic black just looks so good on this car. The interior is sparsely decorated with an exaggerated pebble texture on every surface and just a sticker to serve as the instrument panel. Inside the "frunk" there's a spare Fuchs wheel with a tire that's curiously low-profile relative to the ones on the car. Out back is Porsche's famous air cooled flat-six engine, replicated with what looks like just two parts and some silver paint. The engine cover bears a "Carrera" badge which actually should read "Speedster". 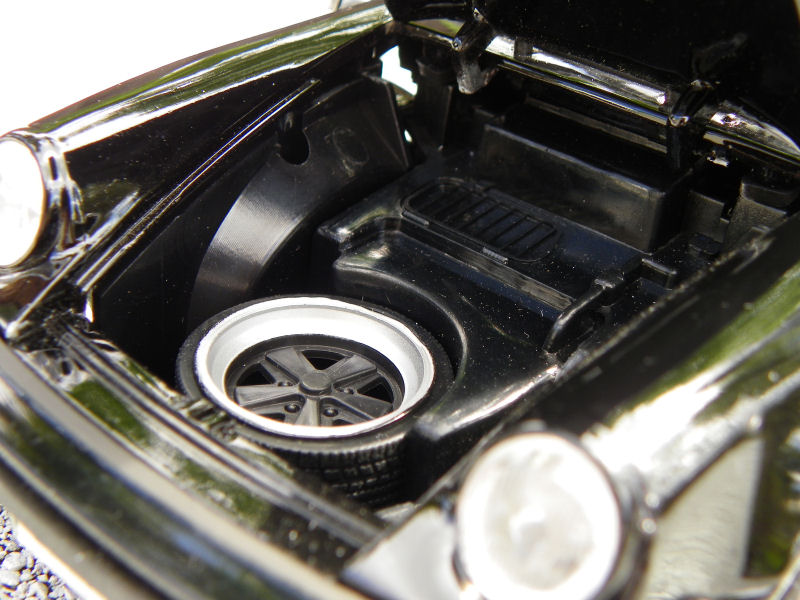 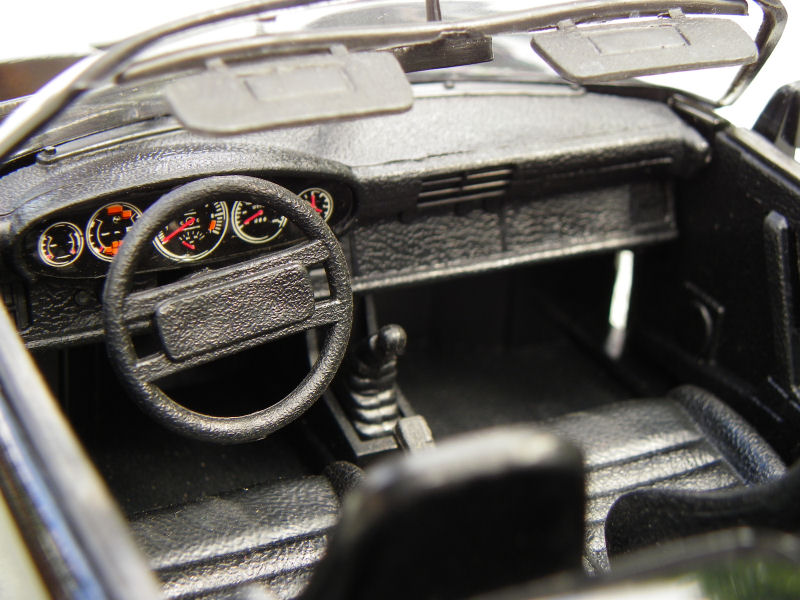 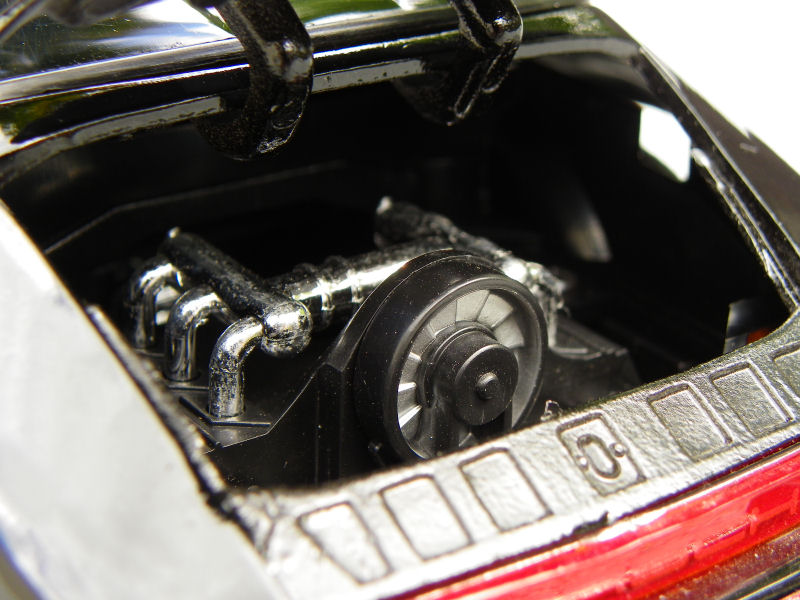 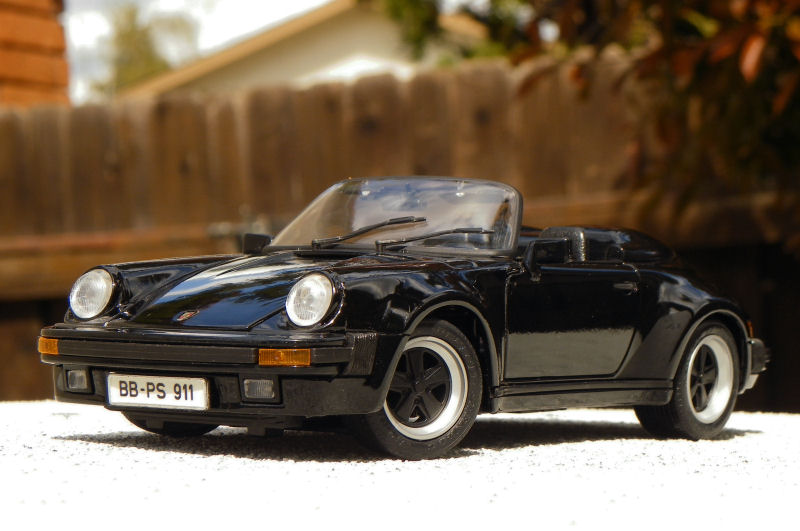 I'd say Maisto engineered it more for kids than adult collectors, and that's fine. These were never intended to be high-end adult collectibles like Auto Art, Minichamps or other precision collectible brands that sprang up years later to cater to the more discriminating adults who probably had this car as children. The funny thing is, I believe Maisto is the only brand that makes this generation of 911 Speedster in 1:18 scale diecast. So if you want one, this is it. The closest thing is a 964 911 Speedster made by GT Spirit at a much higher price point, or Minichamps' 1983 911 Carrera Cabriolet. Like many of their models, Maisto released the Speedster in several colors, so if you're a Porsche fan, chances are you can find a Speedster you like.
Posted by Jay Wollenweber at 12:00 AM