One of my favorite car designs of the 1970s is the boattail Buick Riviera. This personal luxury coupe with its unique tapered fastback roofline was made between 1971 and 1973. It was a fresh departure from the odd-duck '70 that looked like a fatter version of the now dated 1966 model. The '71 Riviera's pointed prow and forward slanted front, and rear roof reminiscent of the C2 Corvette set it apart from more conventionally styled big coupes. The sharp styling was diluted somewhat on the 1973 cars, which wore a bulky front bumper with wraparound turn signals incorporated into the headlamp bezels, and the jutting point on the rear end was dumbed down to almost nothing. 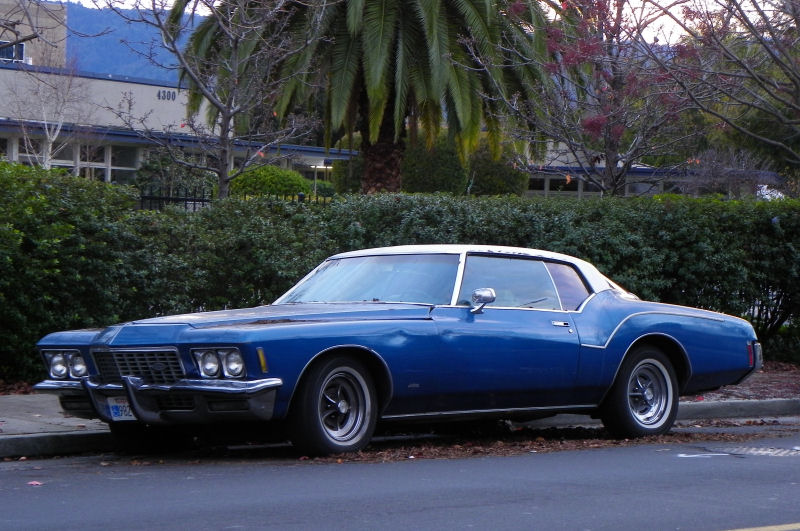 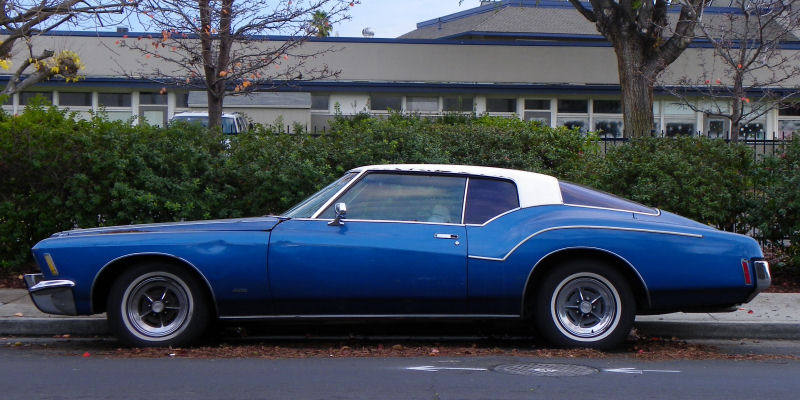 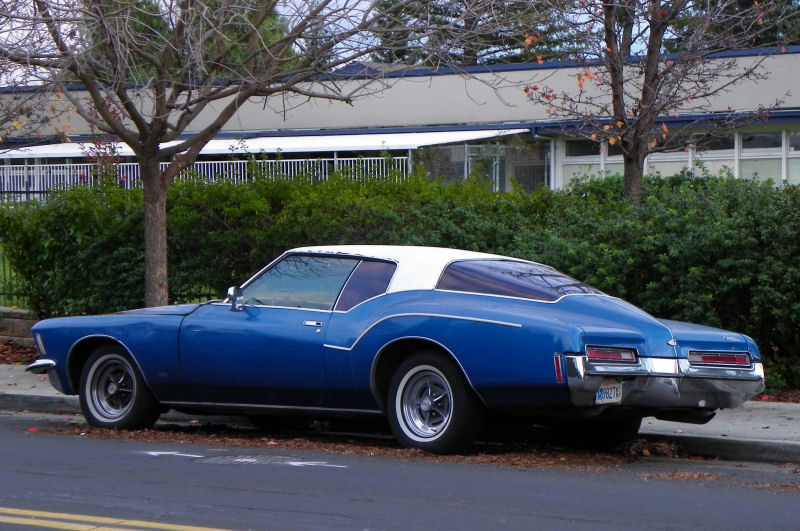 All 1971-73 Rivieras came with a 455 cubic inch V8 engine, but unlike most cars in the early '70s the Riviera actually made more standard power in 1973 than it did before. A Gran Sport performance and handling package was available and, in the boattail's last year, so was a Stage 1 performance package that added a limited-slip differential among other things. Standard 1972 Rivieras like this one were rated at roughly 250 horsepower, and a whopping 375 pound-feet of torque. 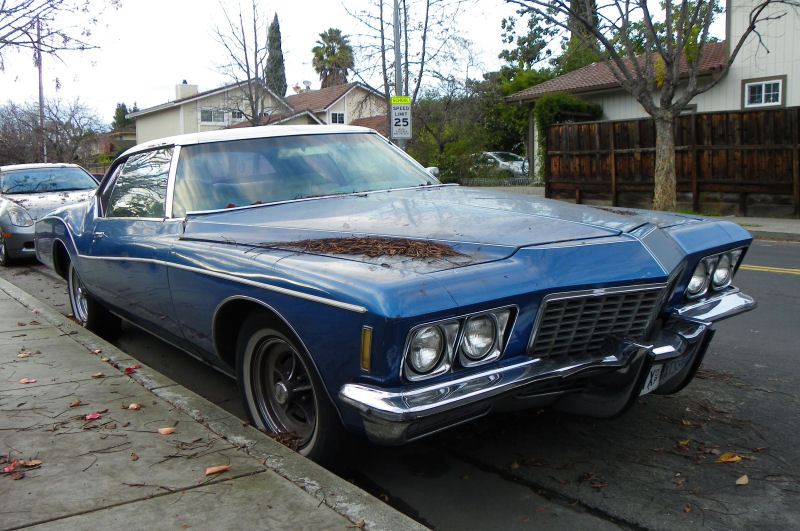 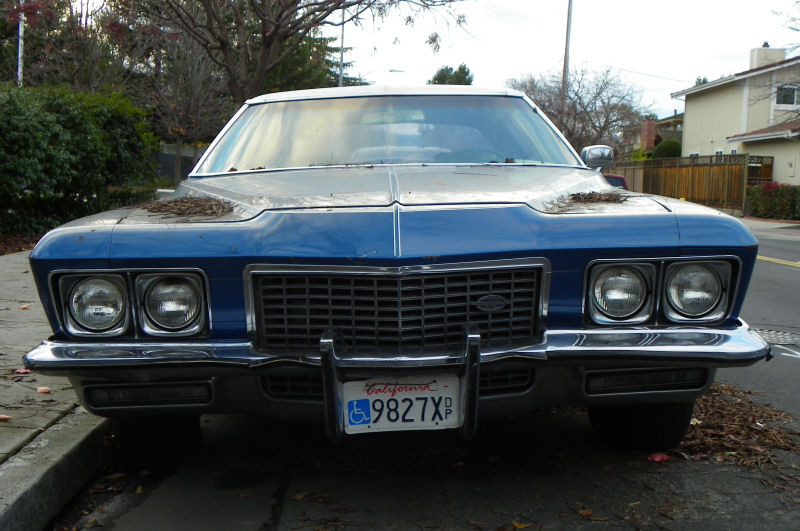 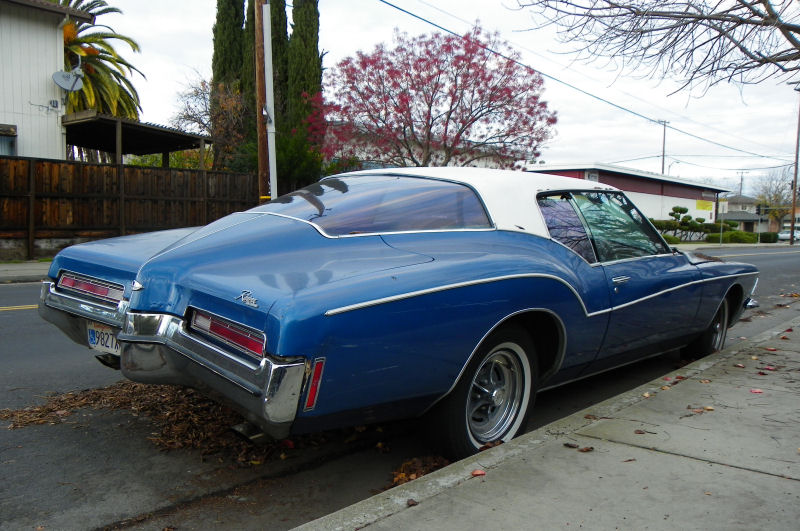 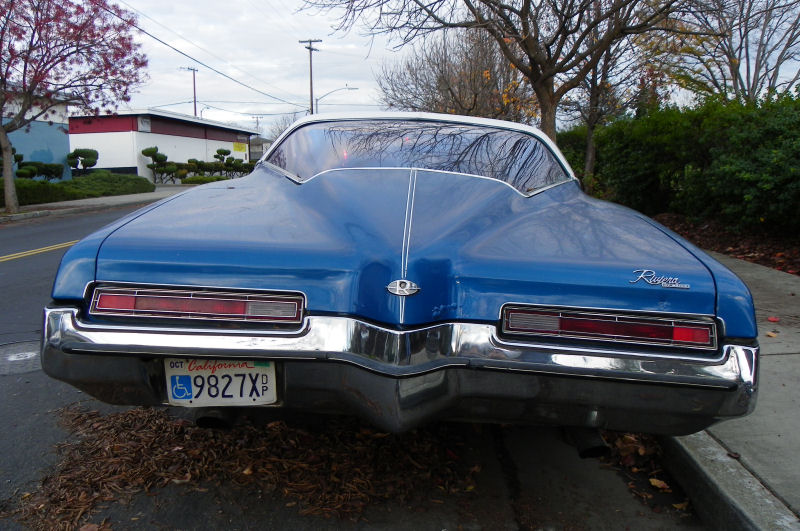 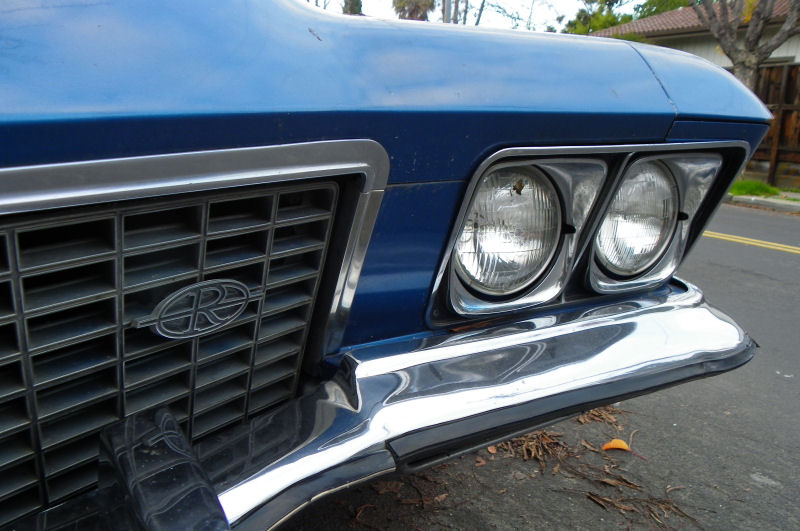 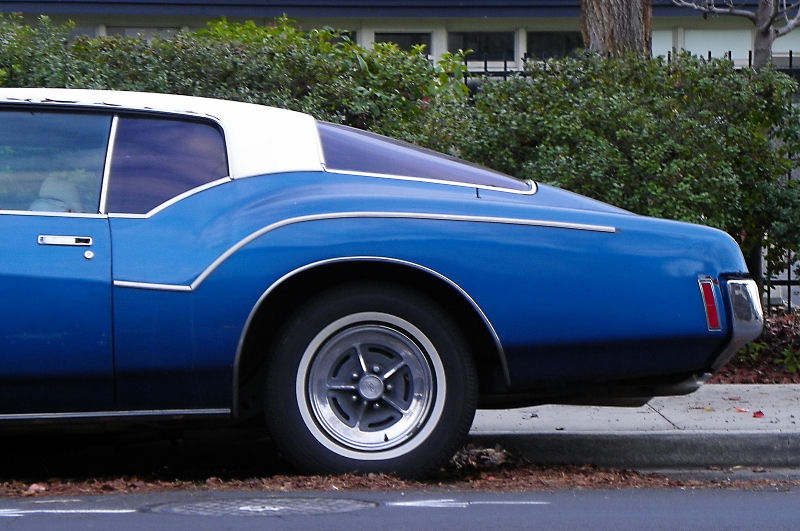 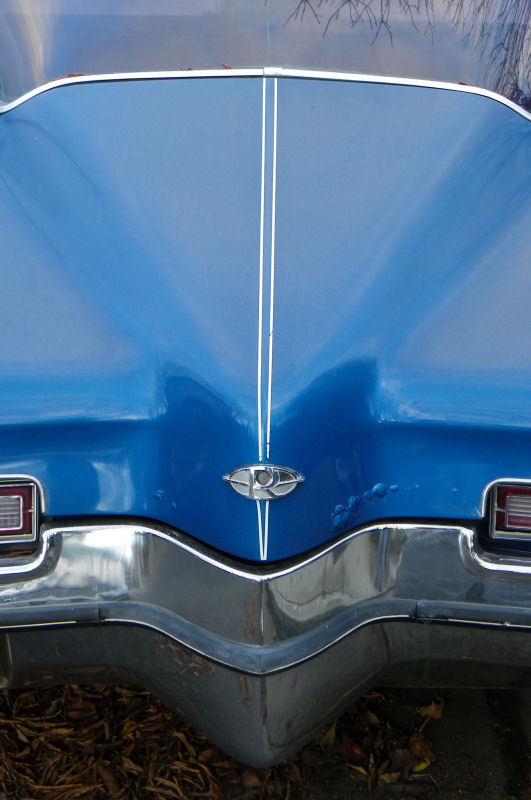 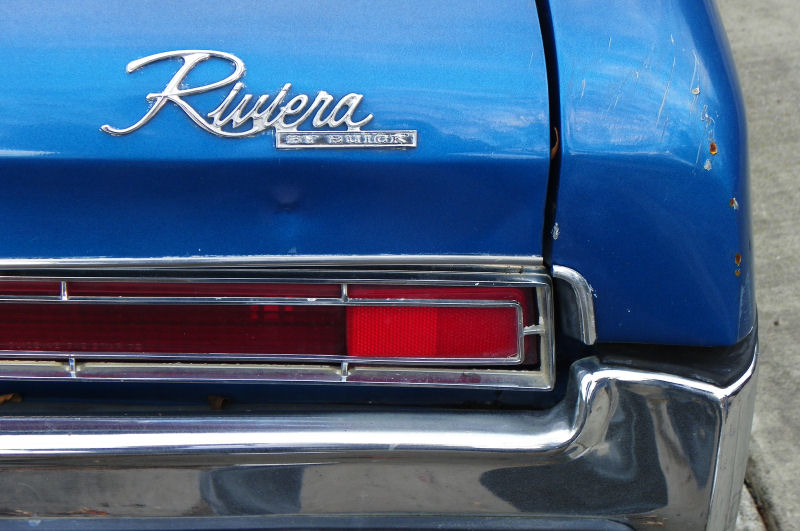 This car is clearly a driver, one that's been around the block a few times and bears numerous scars. The rub strips installed along the car's dipping character line have protected from some damage, but they weren't enough to stop all of it. This one has the optional rub strips ($24) on the front and rear bumpers, and the metal front bumper guards ($30) as well. The paint doesn't look original, as the Riv was only available in two shades of blue and this doesn't look light enough to be Crystal Blue or dark enough to be Royal Blue. It could be Cascade Blue, a special-order color normally intended for Skylarks and fullsize models. I do like the color, though, and the Buick Rally wheels are perfect for it. I wonder if white letter tires instead of whitewalls would look better. The white vinyl interior with its optional bucket seats must be a chore to keep clean, but it looks good paired with the white vinyl roof. Fortunately this car gets driven and doesn't just sit collecting leaves on its long hood. It's way too cool for that.
Posted by Jay Wollenweber at 12:00 AM