The Ford Bronco is one of history's great off-roaders. It came from humble beginnings as a small, six-cylinder truck with just enough amenities to make it more civilized and conventional than your average Jeep CJ. The beauty of it was its customizability and simplicity. It used F-100 and Falcon technology, basic construction and offered an extensive options list. Whatever didn't come from the factory could be added or modified. A V8 engine was offered, initially a 289 but later enlarged to a 302. Ford got an impressive 11 years out of the first generation Bronco, with hardly any substantial body changes. 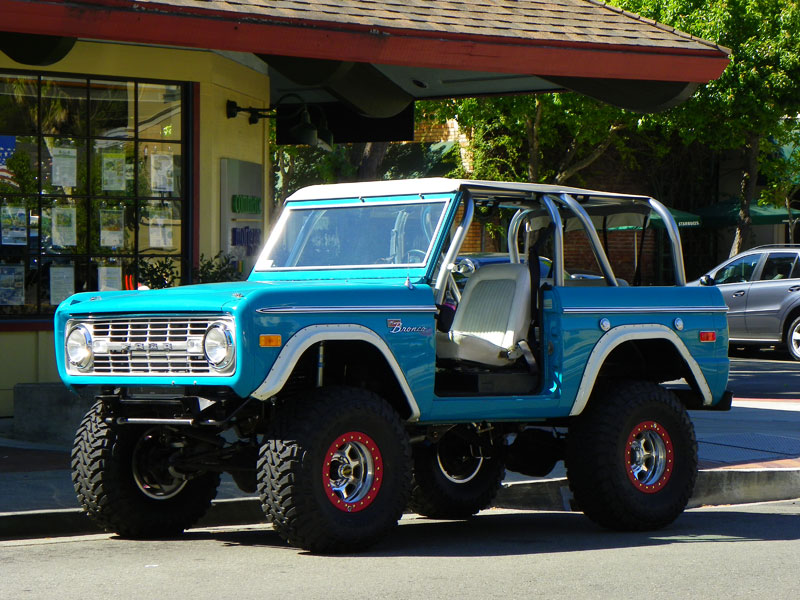 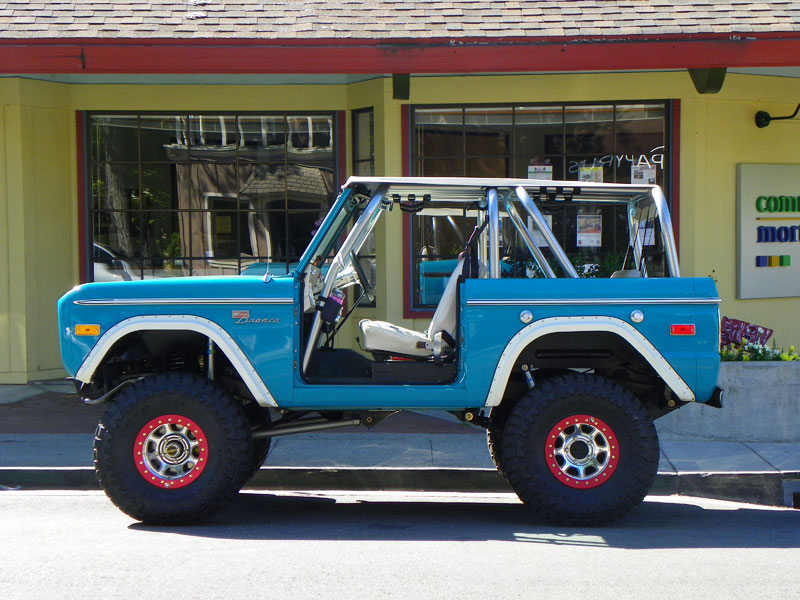 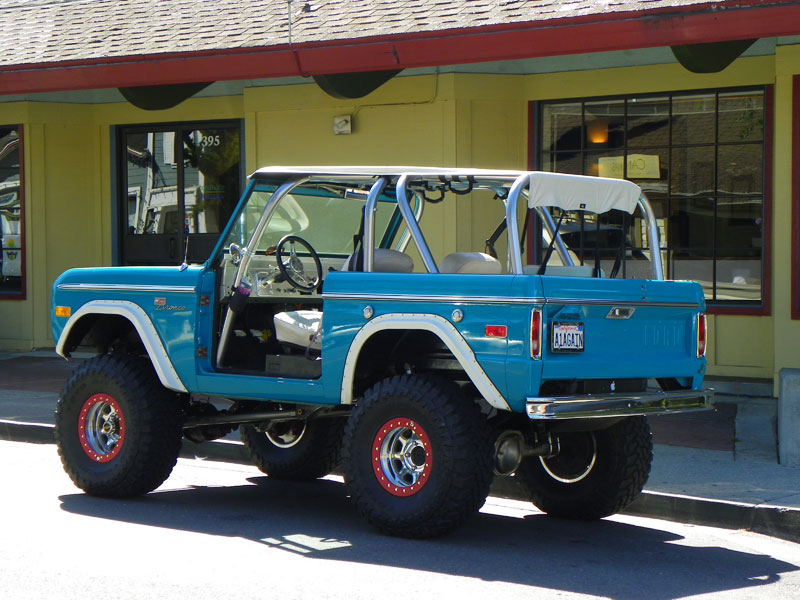 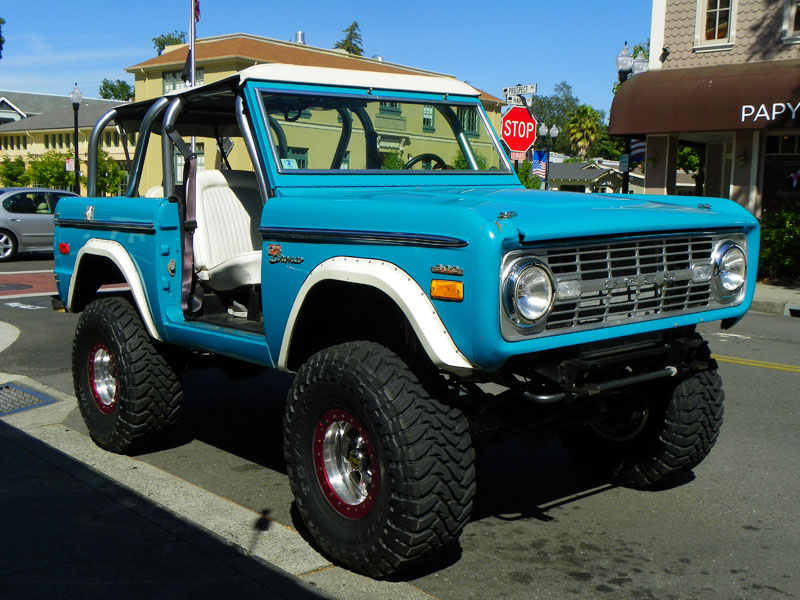 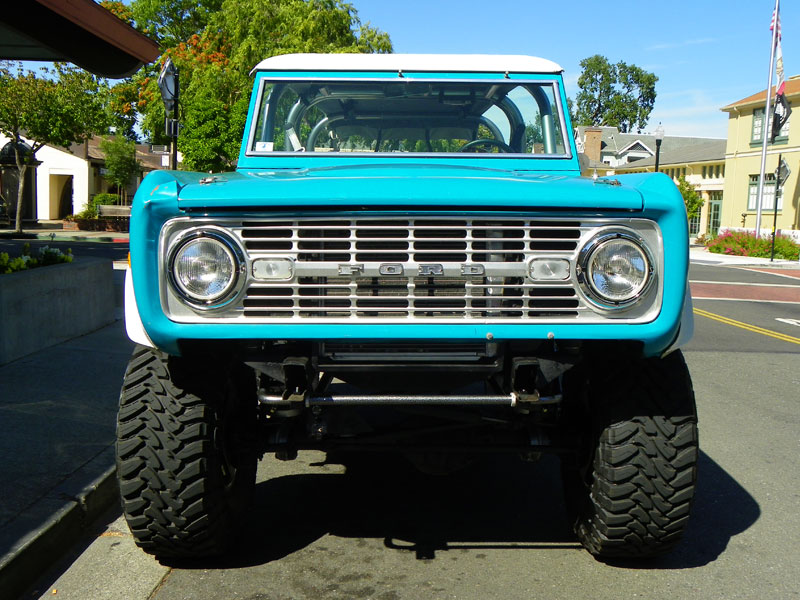 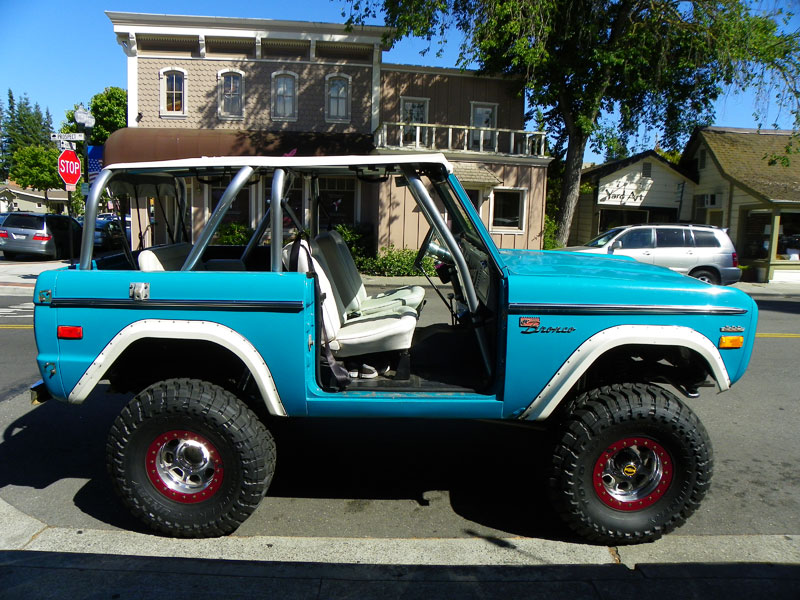 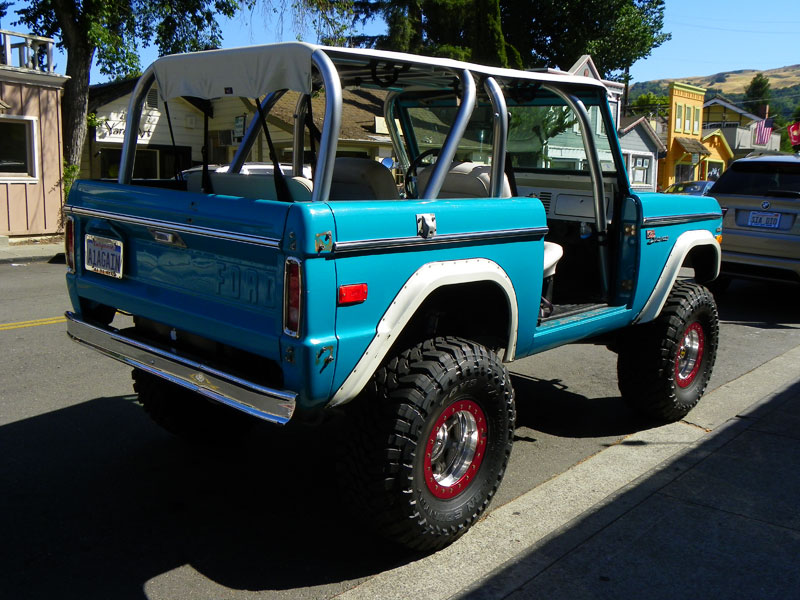 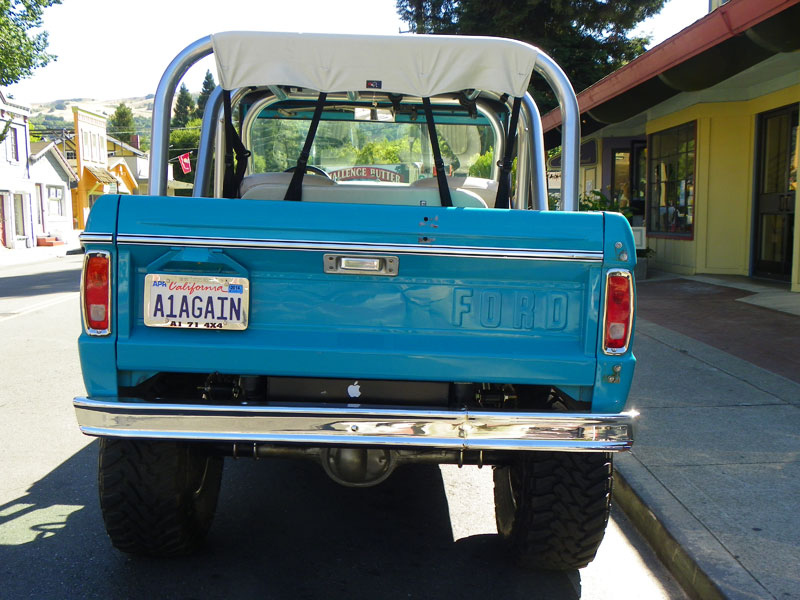 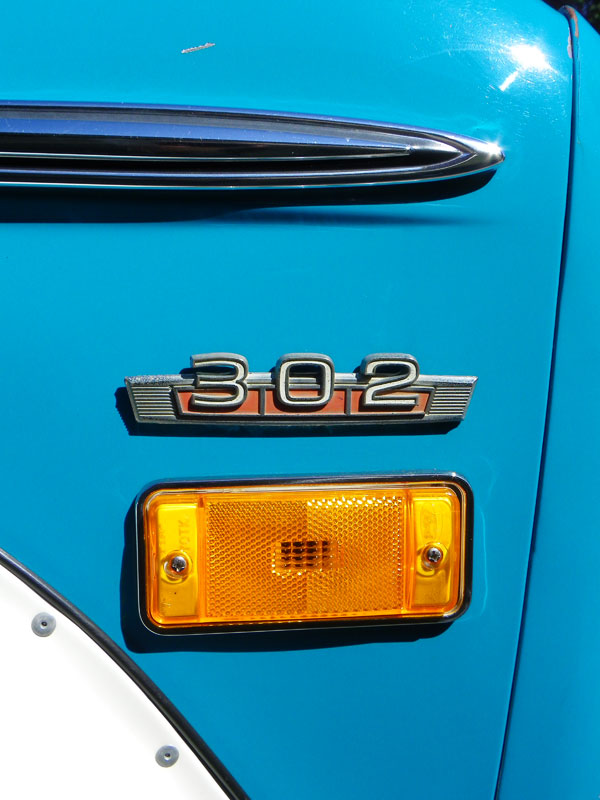 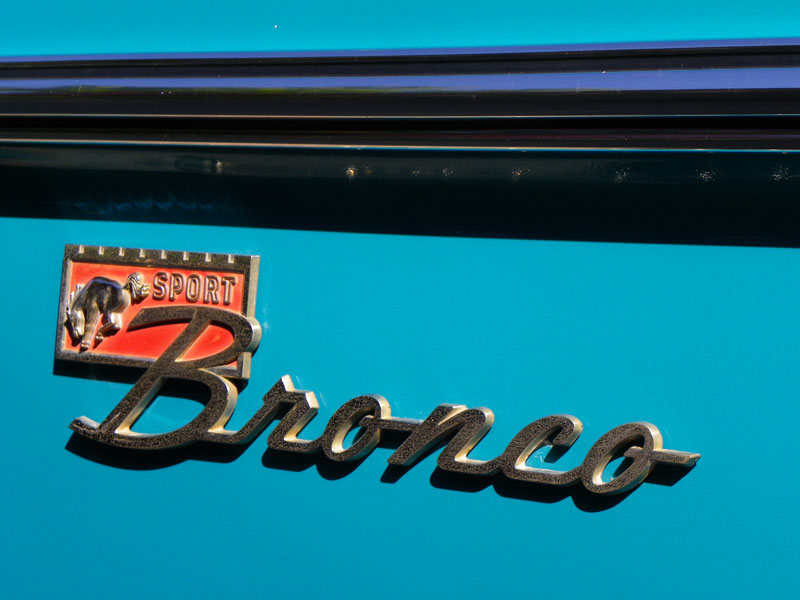 In the world of 4x4s, you probably won't get too far in a stock rig. 'Bro trucks' aside, a body lift and bigger, fatter off-road tires and purpose-built suspension are frequently needed for serious trail action. The stock Bronco often came with hubcaps, whitewall tires and they all came with low-cut rear fenders that forced owners to chop out sheetmetal if they wanted wider tires and more suspension travel. Nowadays I see far more trucks with cut fenders and a lift than stock originals. I decided to photograph this one as an example of a popular trend, even if I don't particularly like everything done to it. It's been heavily modified with a stout roll cage, bead-locked wheels and a lot of heavy-duty suspension upgrades. Oddly enough, much of the interior appears stock with white low-back bucket seats. It seems like an unusual choice in a tough off-roader with no doors, but at least it has shoulder belts. It looks like there was once a mounting bracket for a spare tire on the tailgate, and there's a tiny bit of damage to the 'eyebrow' piece around the grille on the passenger side where the metal has been bent up. This is perhaps the first time I've seen or at least noticed a Bronco Sport of this generation, which was a factor in deciding to photograph it in depth.
Posted by Jay Wollenweber at 12:00 AM