There are a few Volkswagen Type 2 Bus pickups already on this site. All of them, however, have been the early T1 model, or "Splittie". In 1968 the T2 was introduced, called the "Bay" Bus for its large curved windshield. The pickup versions of these Buses sold relatively well through the 1960s, but were curbed sharply by the U.S. Chicken Tax, a 25% tariff on imported light trucks. That tax all but eliminated VW pickups from the American market in the 1970s. The passenger vans were not affected and sold in large numbers well into the end of the decade, paving the way for the T3 Vanagon, T4 Eurovan (and later the T5 Transporter not sold in the States). The VW Rabbit also offered a pickup version, but for the American market it was built in Pennsylvania and avoided the tax. 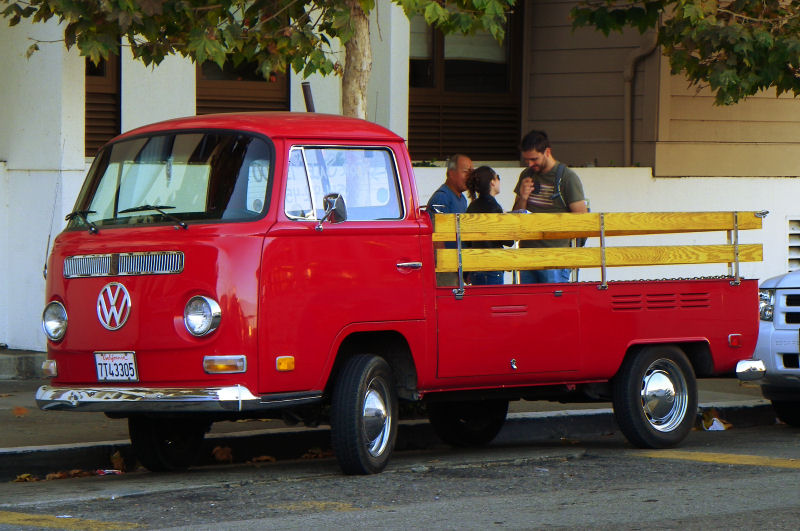 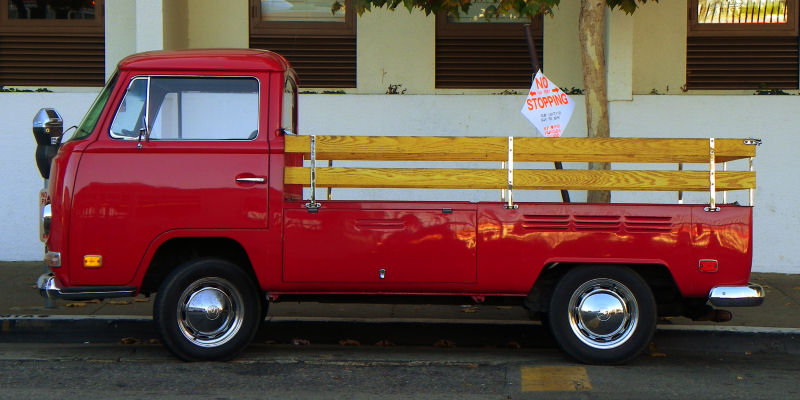 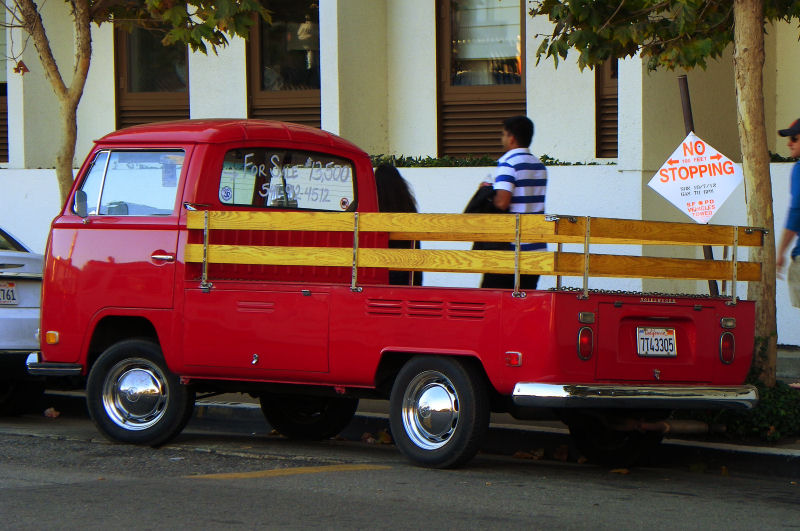 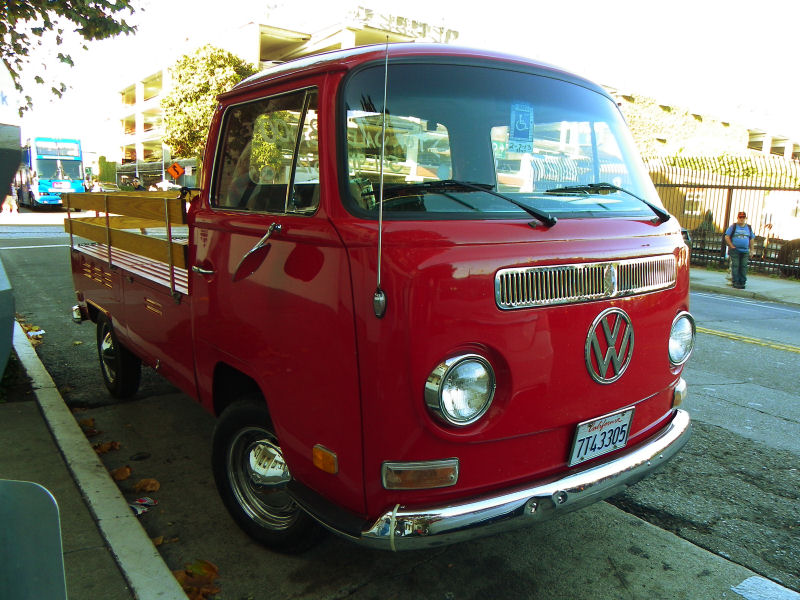 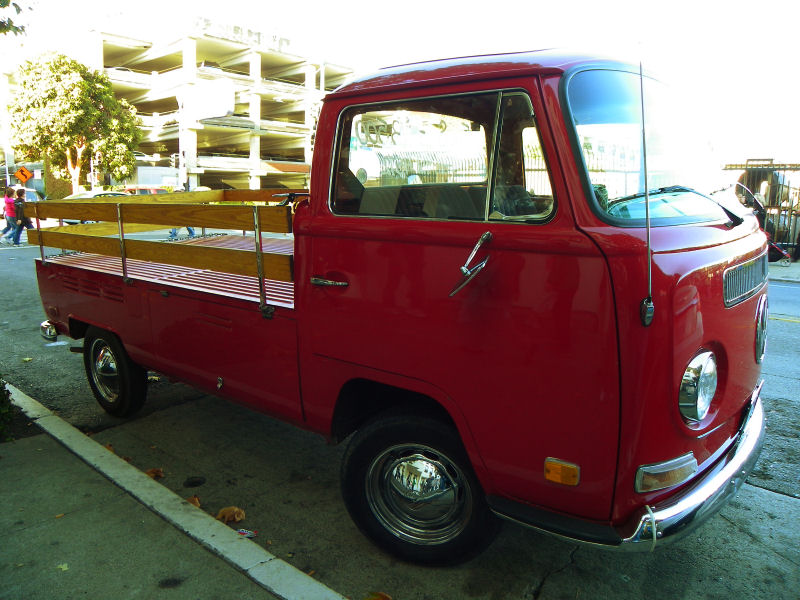 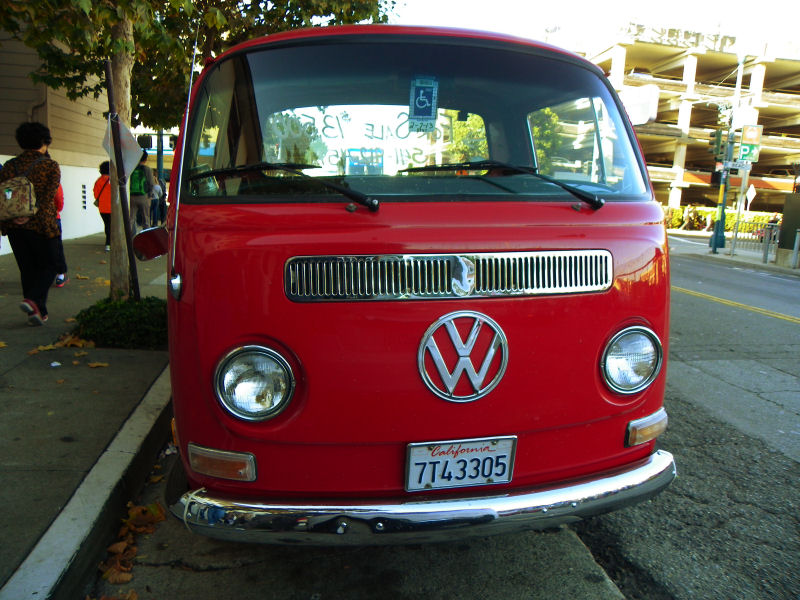 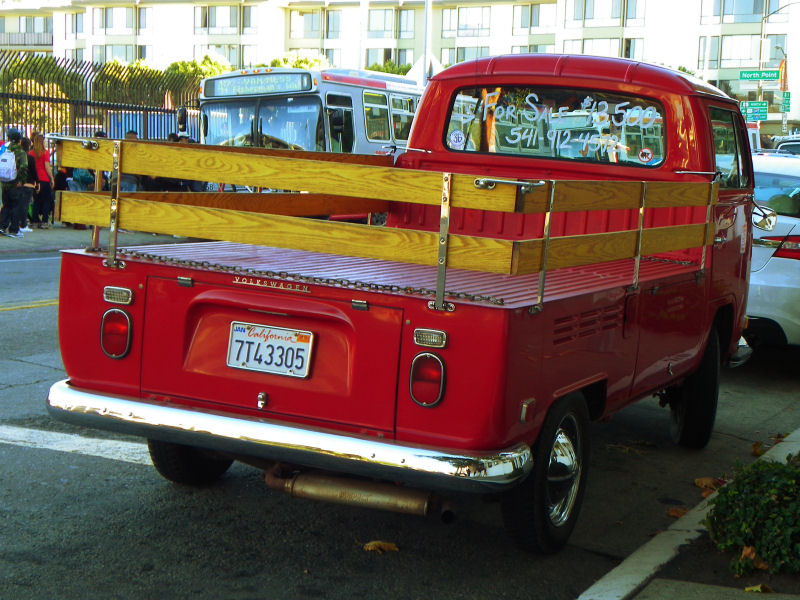 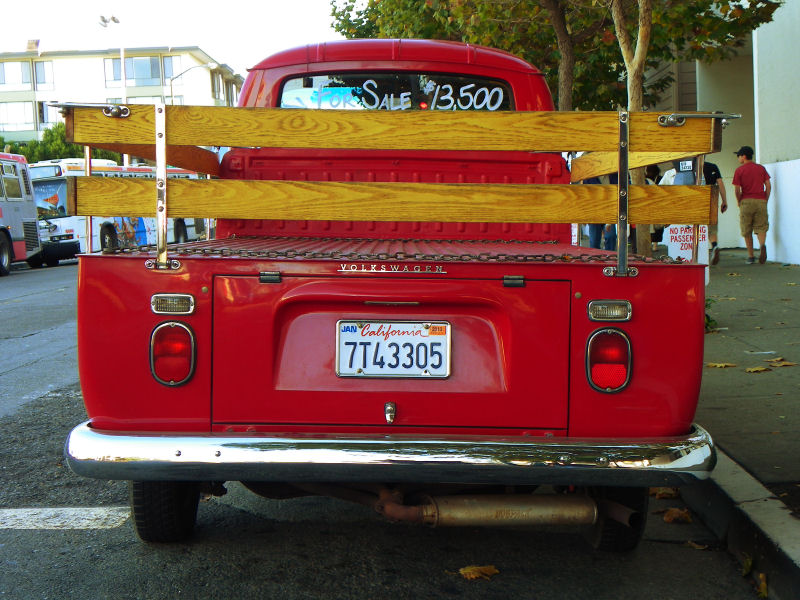 This truck looks to be approximately a 1970 model. It's an early Bay with the front turn signals mounted low on the corners. Later T2s had the indicators mounted up high on either side of the vents just below the windshield. The body and paint on this single cab truck are really nice, making it look like a fresh restoration with perfect chrome and stained wooden bed stakes in lieu of hinged metal panels. All that doesn't look fresh and new is the muffler. The owner was trying to sell the truck and had it parked down by Fishermen's Wharf during Fleet Week last year. These aren't my favorite vehicles but this one definitely caught my attention.
Posted by Jay Wollenweber at 12:00 AM