If I asked to you name a Volvo sport wagon, chances are you'll come up with the 850 T-5R wagon, or perhaps the later V70R. But the first sporty Volvo wagon was actually more of a shooting brake, a two-door affair intended as a send-off for the aging but much loved P1800 sports coupe. I've previously featured a P1800 coupe and even done a "Best of the Rest" post on five others. But this is the first 1800ES wagon I've had the chance to shoot in detail. Given the rarity of the ES, of which only 8,078 were built between 1972 and 1973, I'm glad I did. 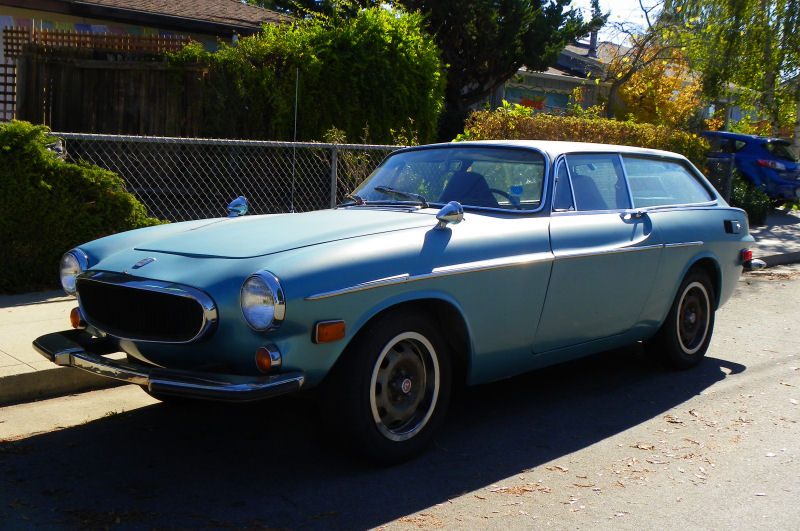 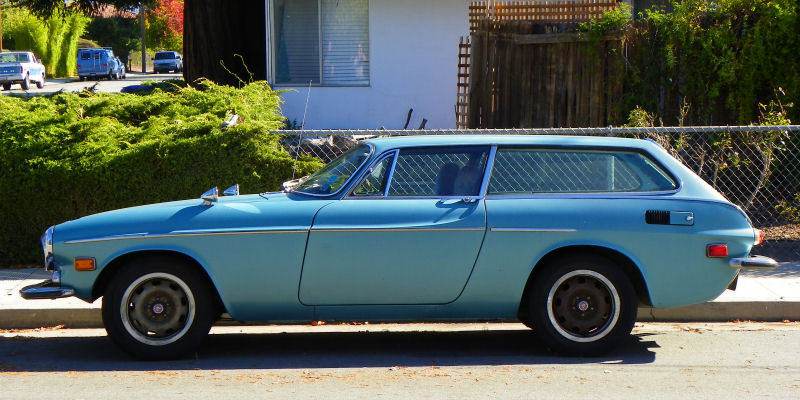 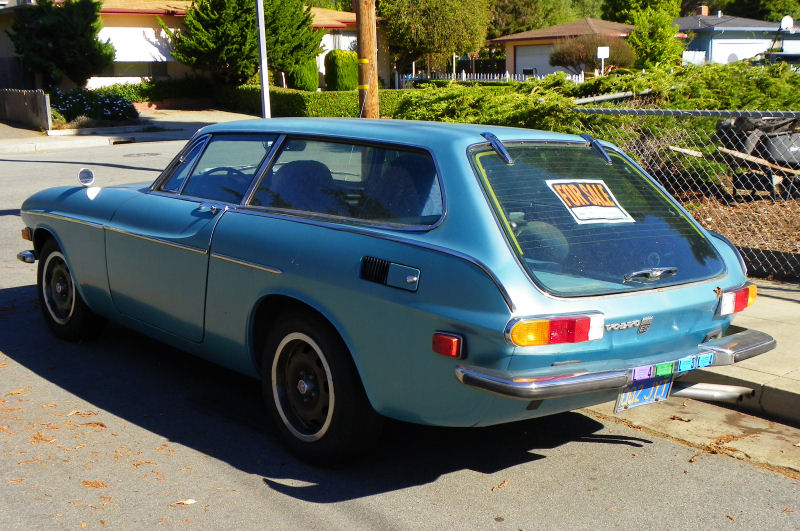 I've had an interest in these wagons since high school. One of my classmates drove a beautifully clean 1800ES and treated it like a race car. I often saw the cherry red Volvo zipping around town. Since then I've been a fan of the wagons, perhaps even more so than the coupes. A blue one was usually parked on a street corner near the subway tracks in Oakland when I rode BART into the city for university, and for a long time I debated photographing that one. 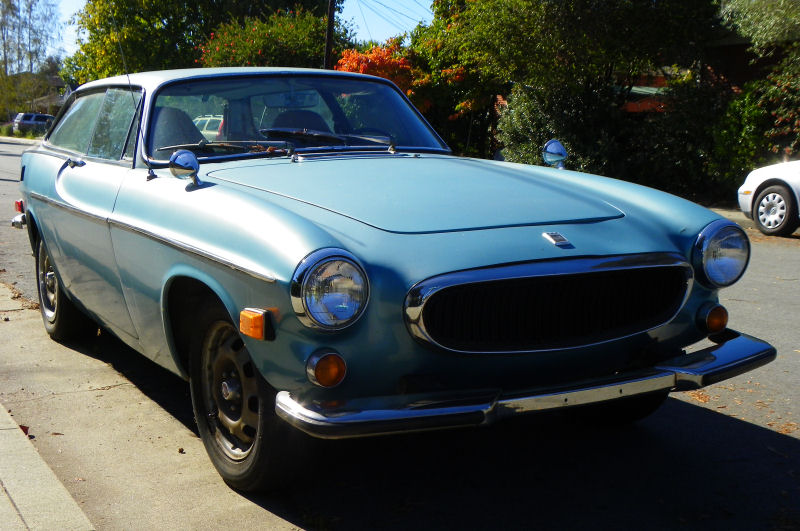 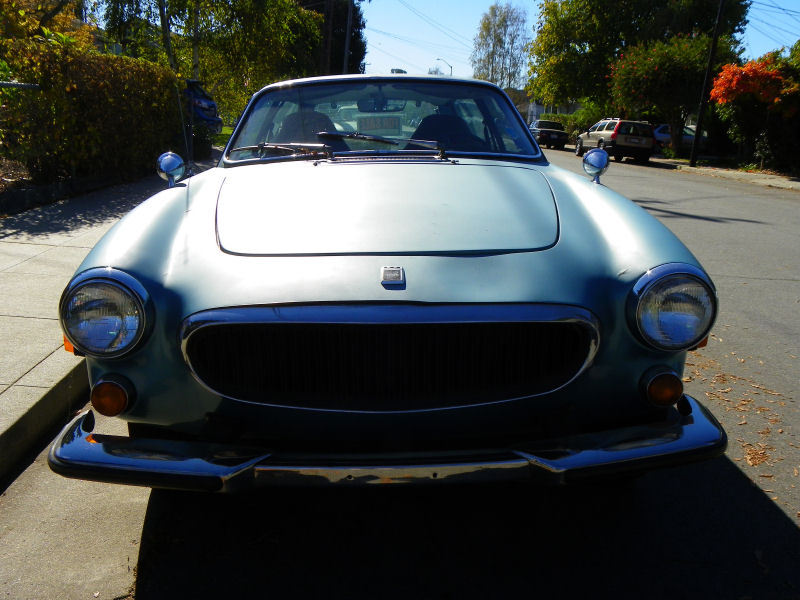 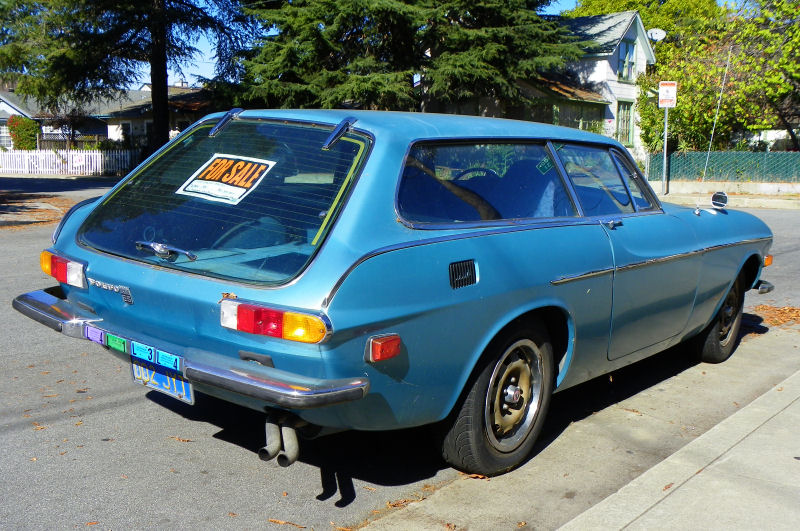 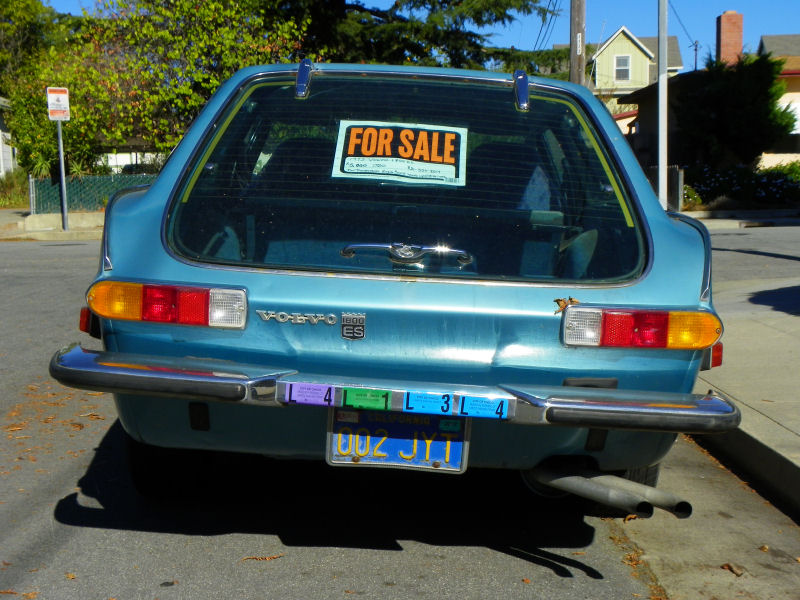 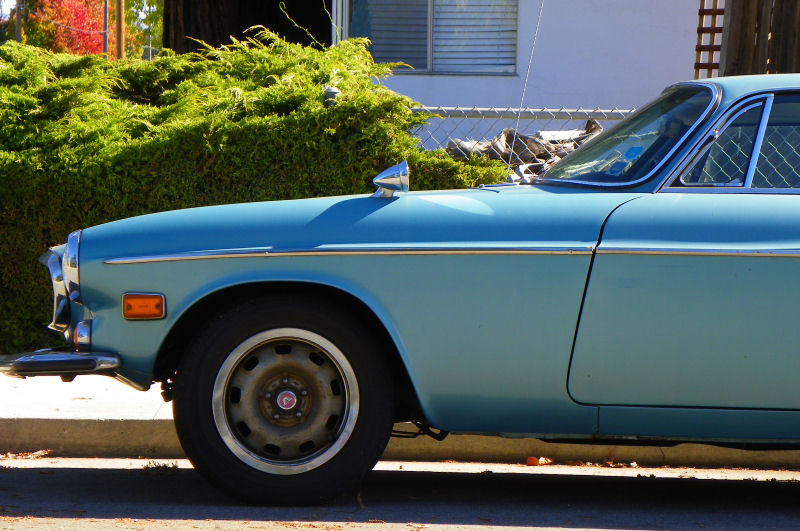 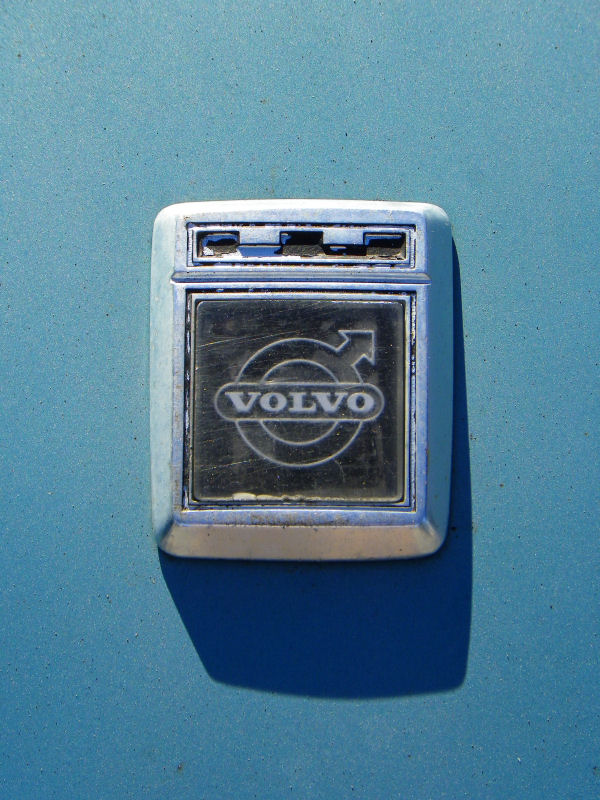 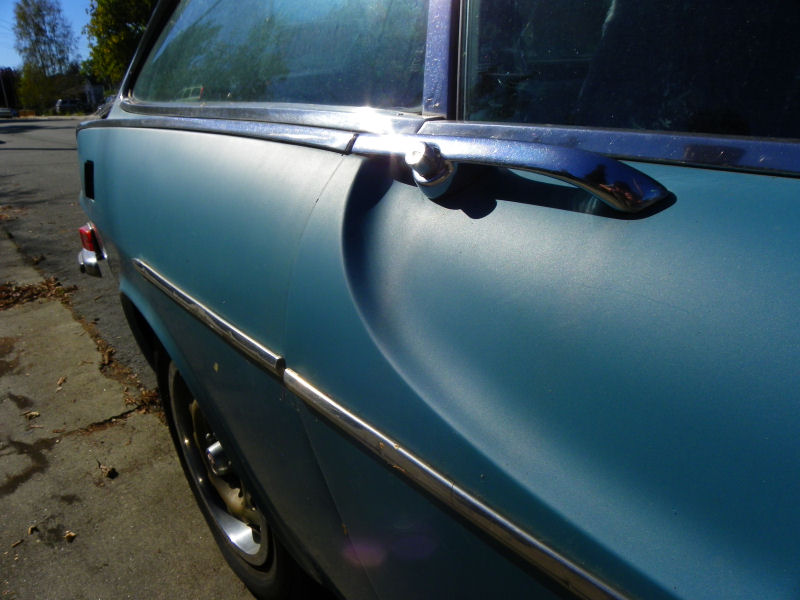 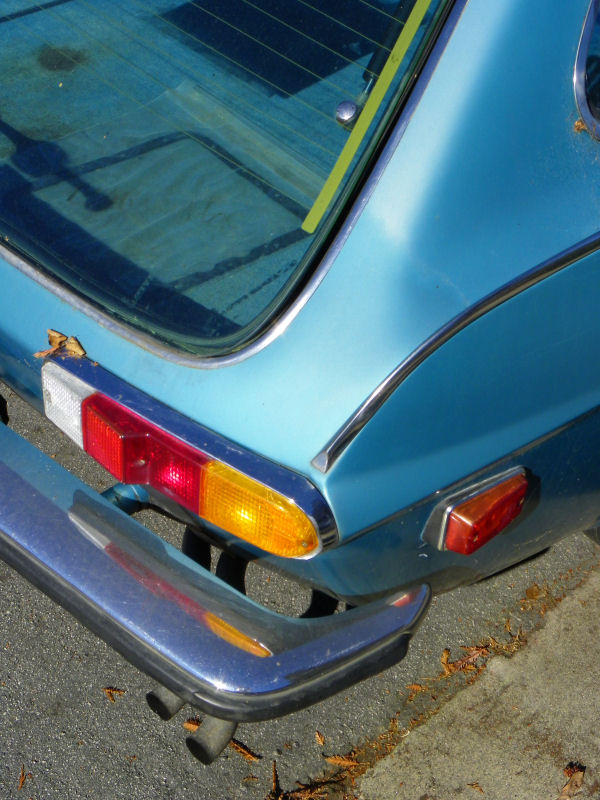 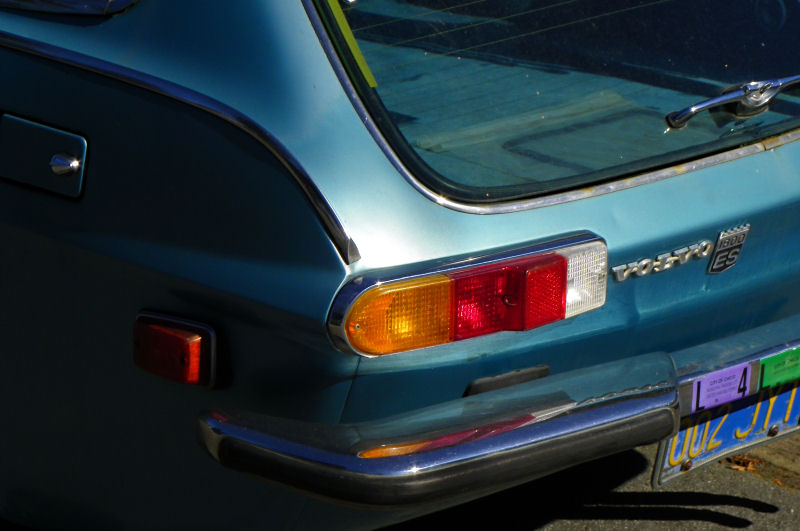 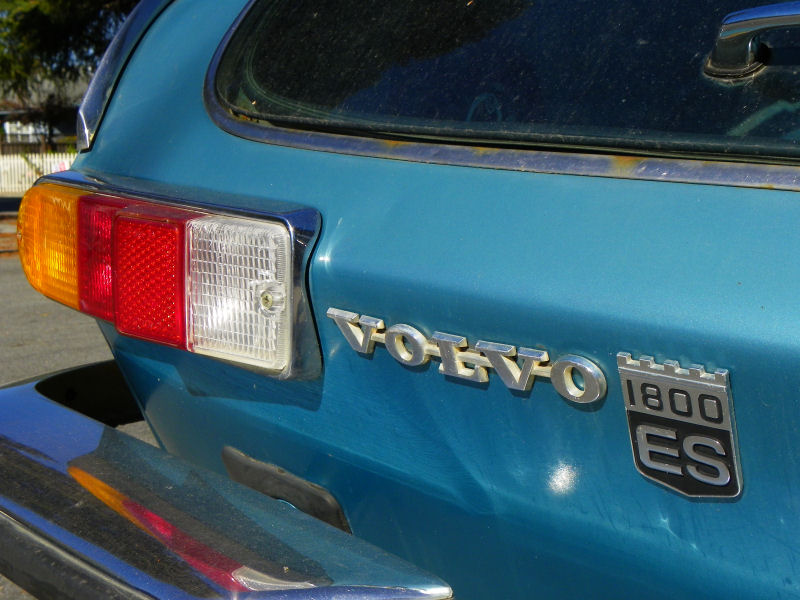 One day I was exploring Santa Cruz with a friend who seems to have what I call "Spotter Sense". Basically he makes completely random turns while driving through an area and about half the time he stumbles upon something cool parked on the street. This was one of those. It's a 1973 model whose owner seems to have had enough of it. From across the street, the little Volvo looks great. Up close, there are some noticeable flaws, namely a dent just above the grille that looks like someone sat on the front of the car. There is a small amount of rust bubbling forming in the rockers and more rust on the wheels. For the most part, though, the body is straight and in good condition. I love the color. While this is based on a body design dating back to the late 1950s, the wagon back flows well and looks sporty with its long, low roofline maintaining steep windshield angles and swept-back pillars. Instead of a traditional wagon hatch with a tailgate, the 1800ES functions like a Ford Pinto Runabout with a glass panel that lifts up with a chrome handle. Say what you will about the blocky federal side markers; they're not pretty. I'd say the cool chrome fender mirrors offset the ugly, though.
I'm not certain I'd pay $5000 for this car but for that money you get a sweet '70s shooting brake with a good engine, new transmission and potential as a good starting point for a project.
Posted by Jay Wollenweber at 12:00 AM