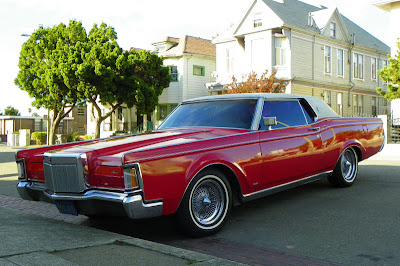 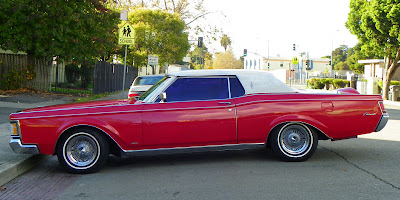 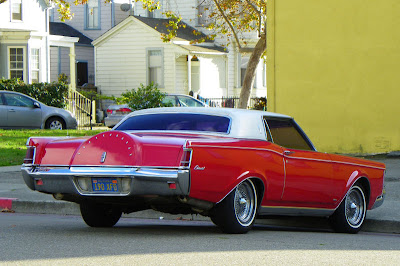 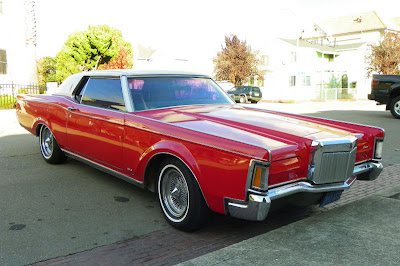 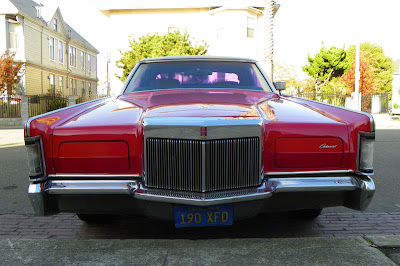 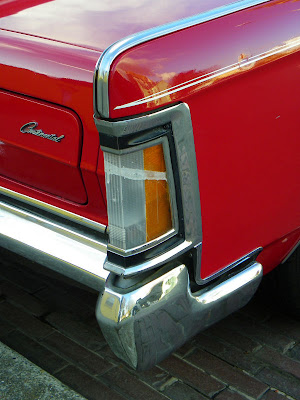 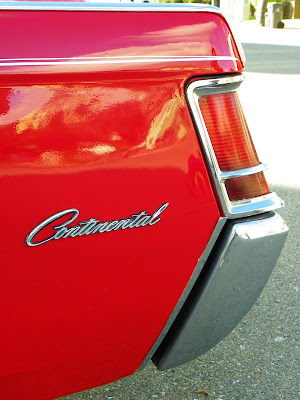 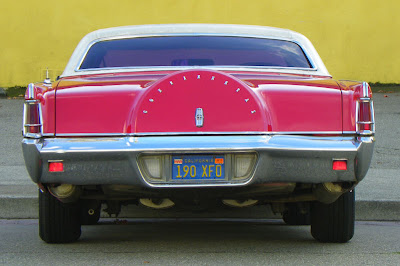 The Mark III was never my favorite Continental iteration, but it was perhaps the closest the Mark ever came to being a muscle car. It was based on the Thunderbird sedan platform and, while it was a portly personal luxury coupe weighing nearly 4900 lbs, the new Continental packed a 460 V8 engine producing 365 horsepower. This barge was hardly a garbage scow. It was a luxurious cruiser that could get out of its own way. One of these cars featured in the 1976 David Carradine movie "Cannonball" - it didn't quite survive the film but it did some exciting fast driving while it lasted.
I rather like this red and white example which is visually stock aside from a set of chrome wire wheels which actually look pretty decent. I like that they're a reasonable size and are mounted on whitewall tires that suit the look and feel of a vintage luxury car. The only other modification I see looks like dark window tint. The paint is probably recent and isn't the best-quality spray job I've seen, but it looks great from across the street.
If Santa wants to go incognito this Christmas, a red and white Continental Mark III with tinted windows seems like a very good choice indeed.
Posted by Jay Wollenweber at 12:00 AM