It's late December, winter has officially begun in the northern hemisphere and for many of you, a look out your window yields a view of snow. As you don your foul weather gear to go shovel the front walk and scrape the ice off your windshield, think of how lovely California is this time of year. Ha! It's storming and cold as I type this. But I digress. Let's pretend the weather's still nice and take a look at this 1934 Ford V8 pickup from Hula's Island Grill in Santa Cruz, photographed on a beautiful day back in October. 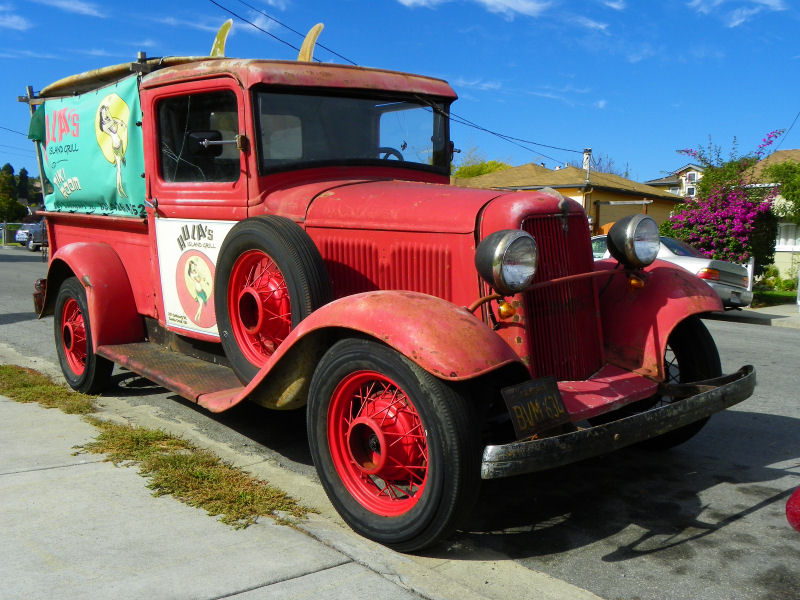 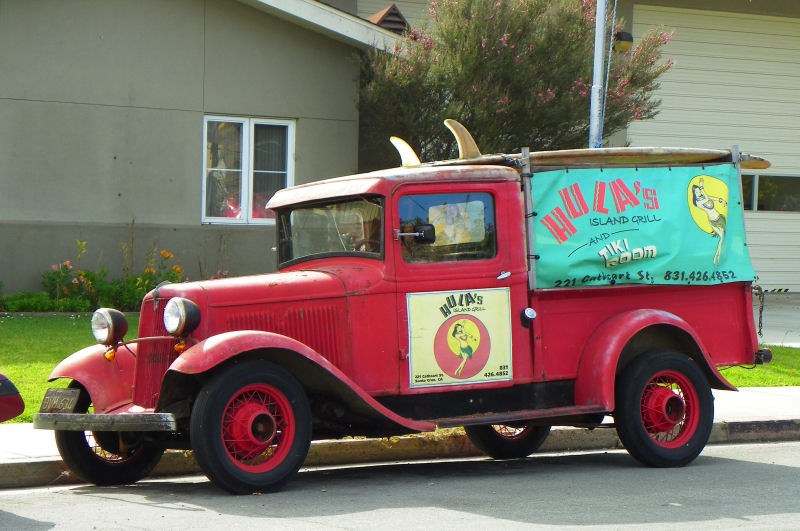 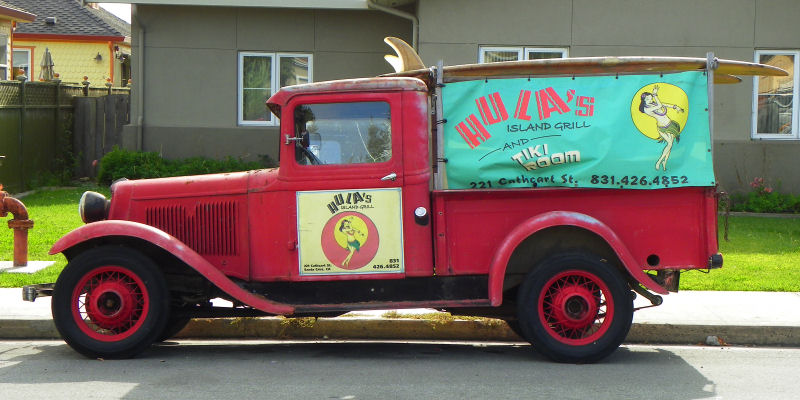 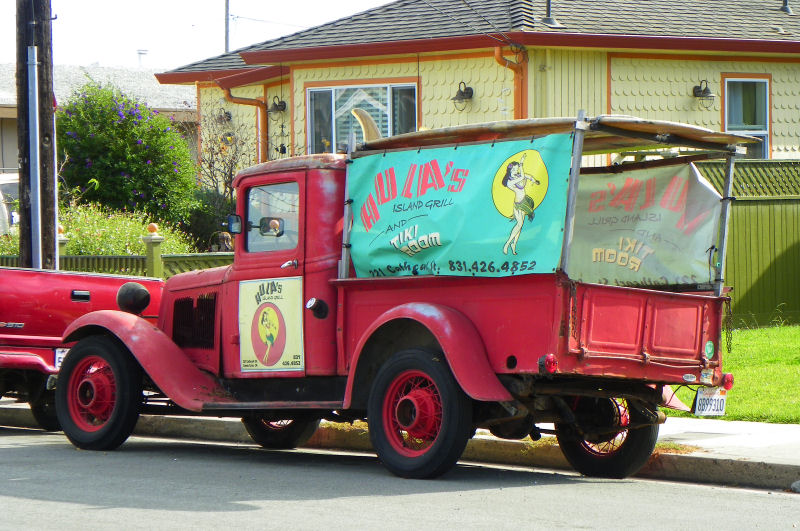 This was one time I was glad to be stuck in traffic. I spotted something very old and red down a side street I'd never explored before, and only saw it because traffic was moving slowly. I headed over to check it out. What it turned out to be was a truck with the kind of patina a vehicle earns from nearly 80 years of use on the California coast. 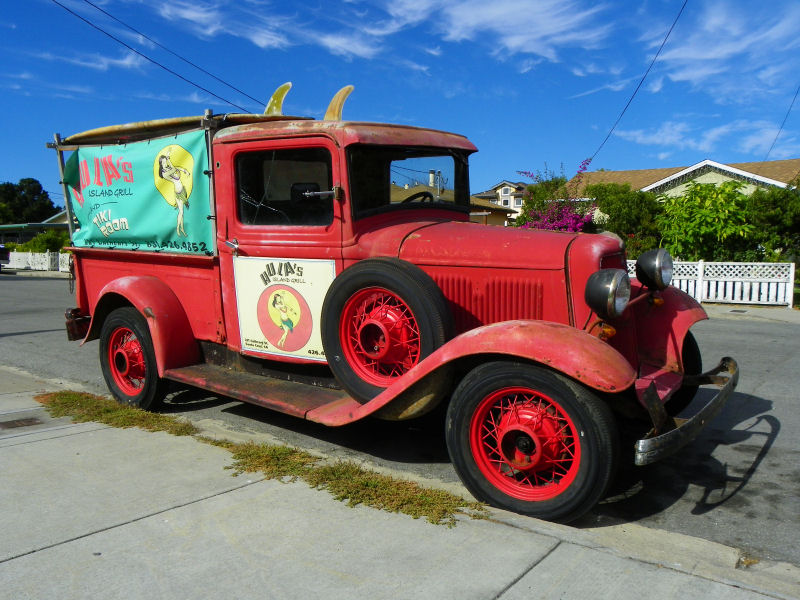 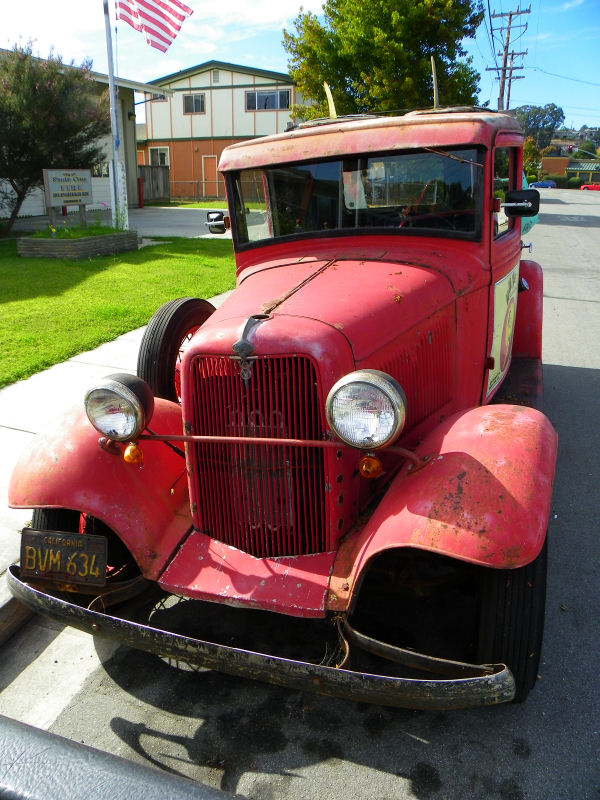 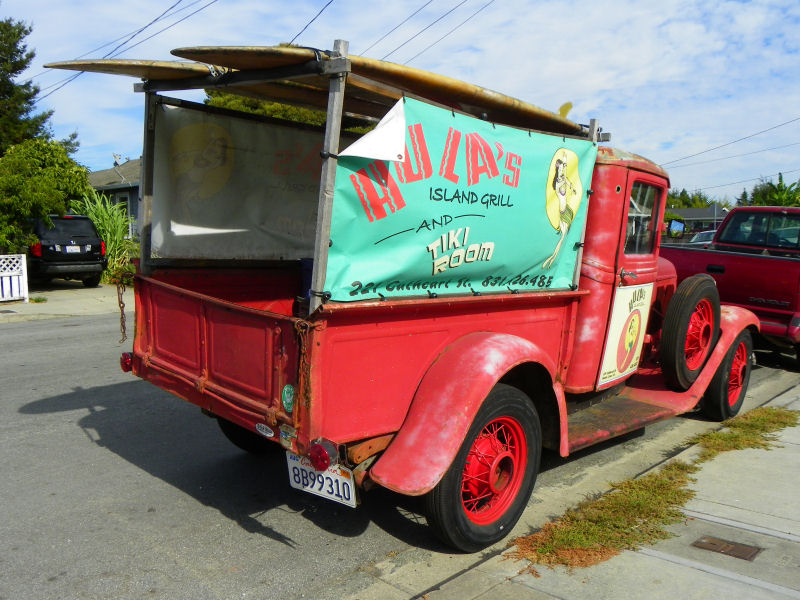 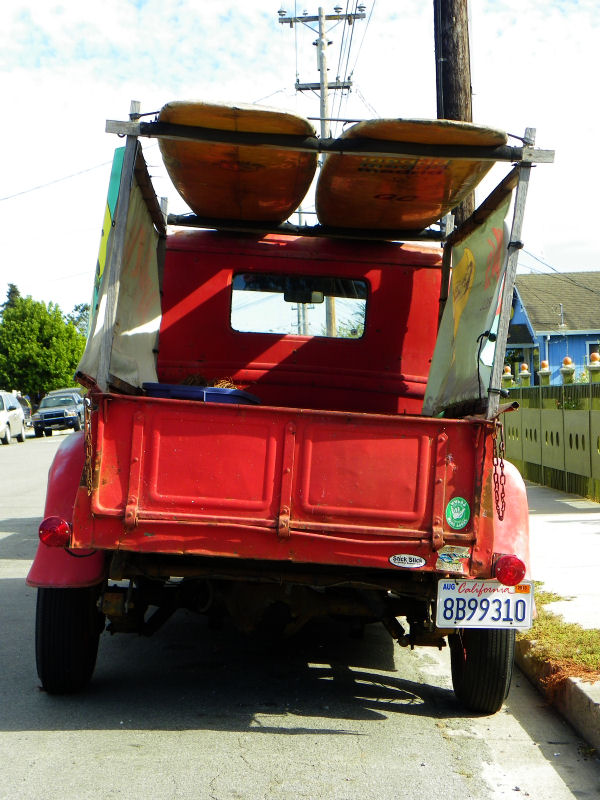 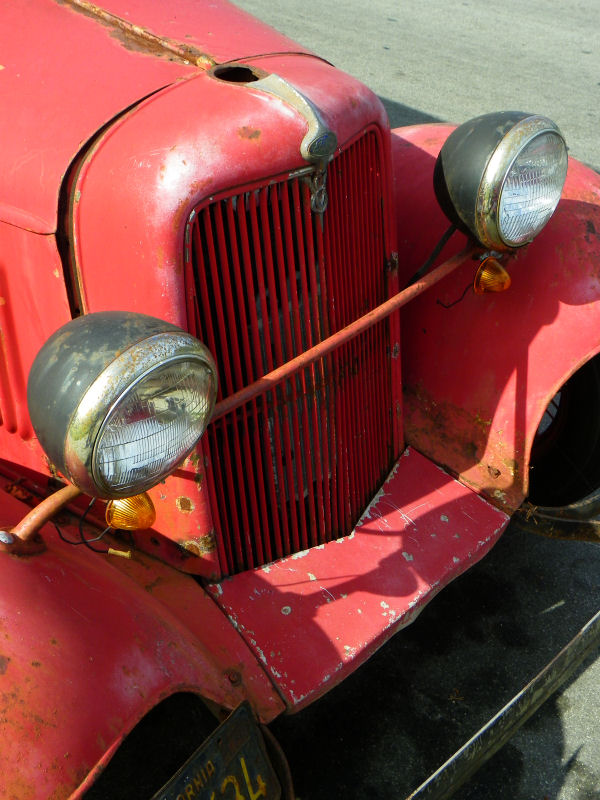 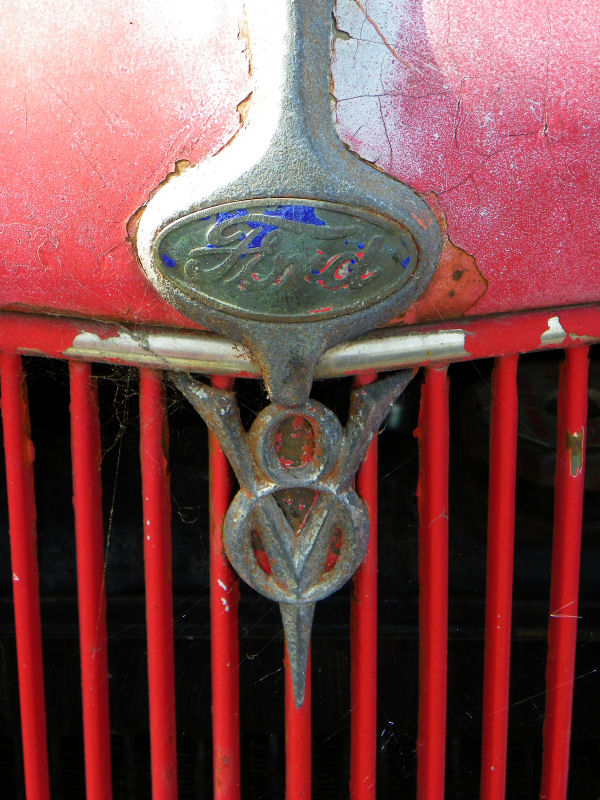 I'll start by saying I love this truck. It has character. It has so much character I have no idea what color it was originally and the differential housing looks like Godzilla took a bite out of it. The front license plate is from 1963 and the rear plate is nearly new. The turn signals and brake lights look like they're decades more recent than the rest of the truck. The hubcaps are long gone. The side window looks like someone took a potshot at it. You can see daylight through the door frames. If this old beast could talk, it would have some colorful stories and would probably swear like a sailor while telling them.
This is one of my favorite Santa Cruz sightings.
Posted by Jay Wollenweber at 2:10 PM