In the United States, November 11 is Veterans Day. It's a day when we honor those in uniform who have fought for our freedom. In honor of our armed forces, I'm featuring a World War II military truck, a Dodge WC-52. 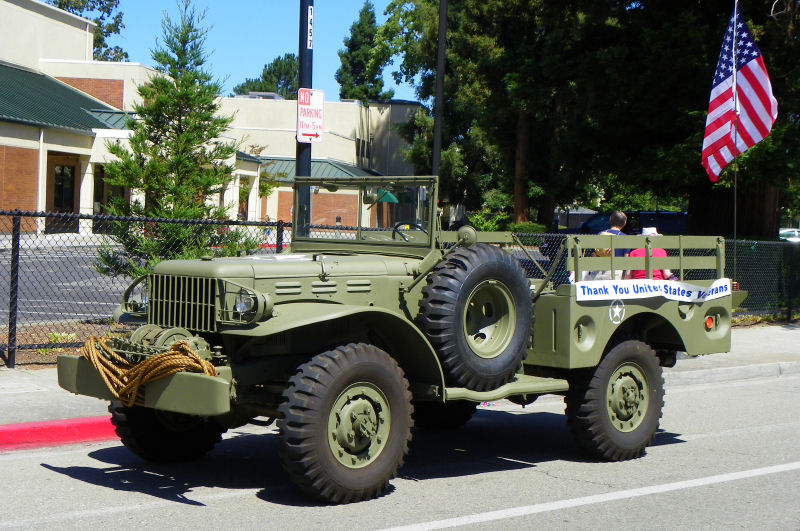 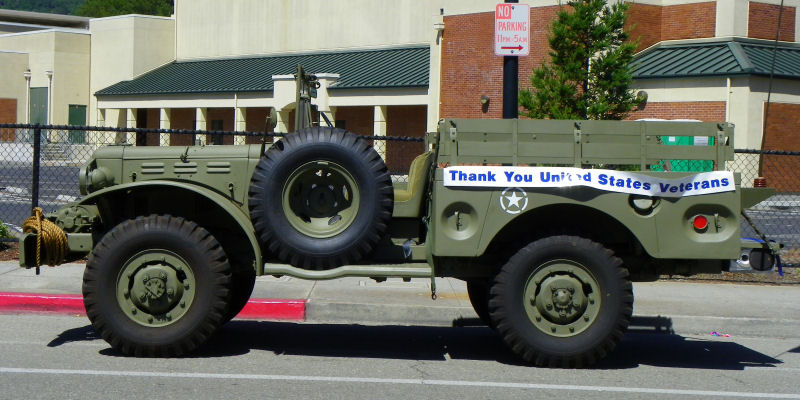 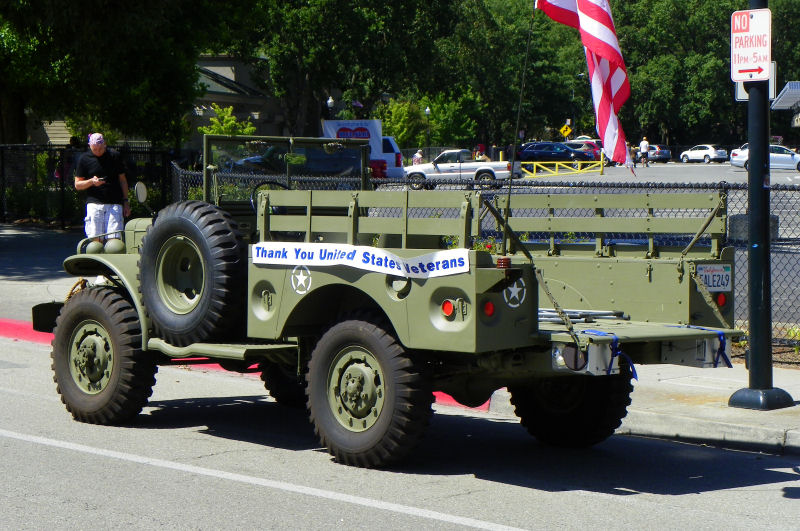 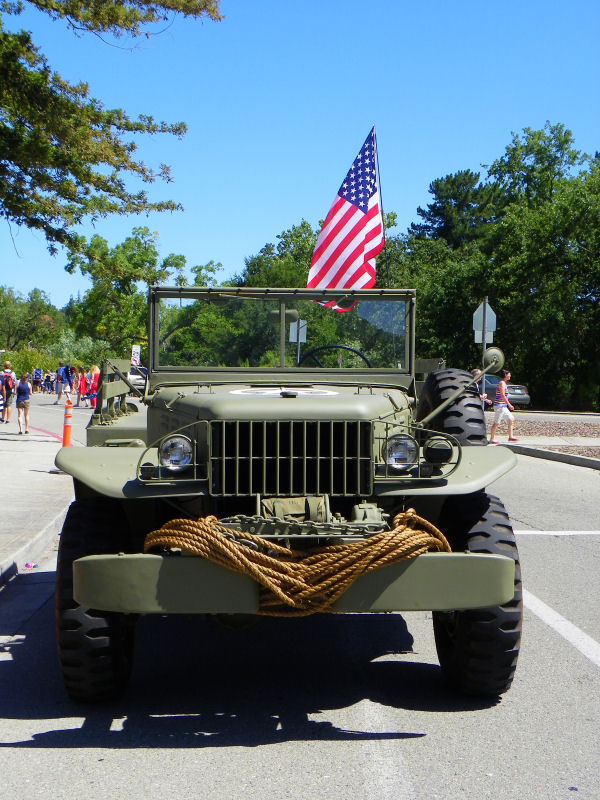 I'm not sure if it counts as a street sighting since the old Dodge was due to be part of the 4th of July parade in Danville. It seems that the rig broke down and had to be sidelined just outside the parade zone (and perhaps more importantly, on a piece of road that was open). I photographed it after the parade ended, parked in a red zone. On any other day it would have been ticketed for sure, but on Independence Day you just don't do something like that. 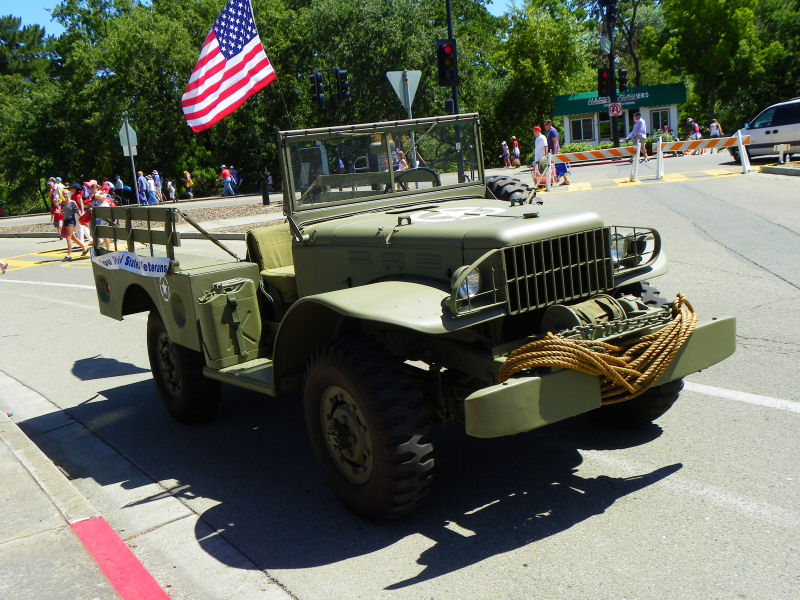 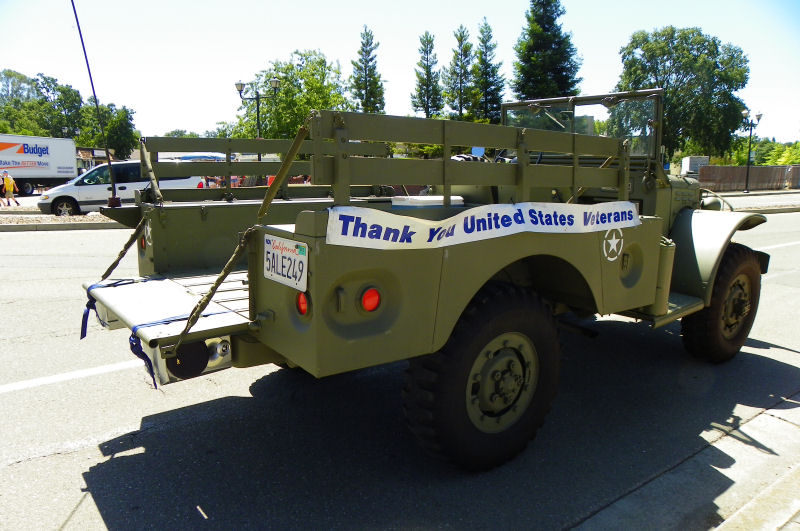 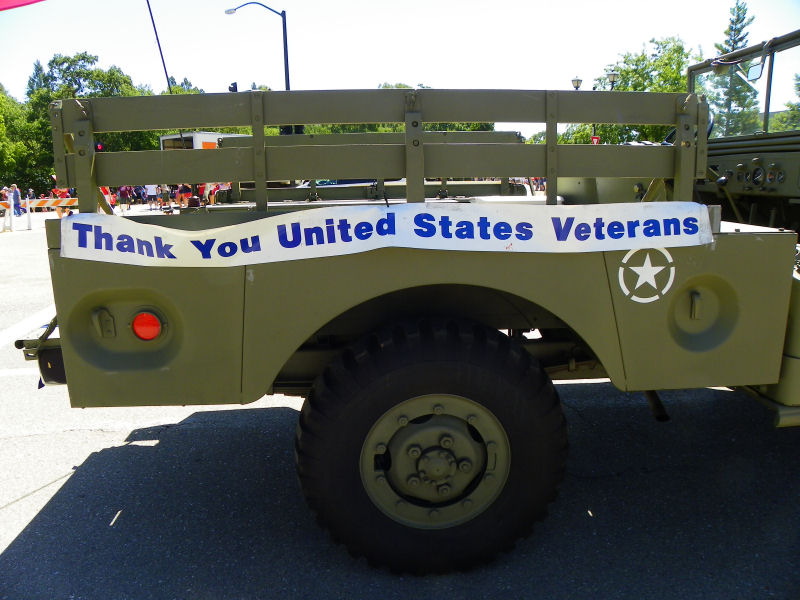 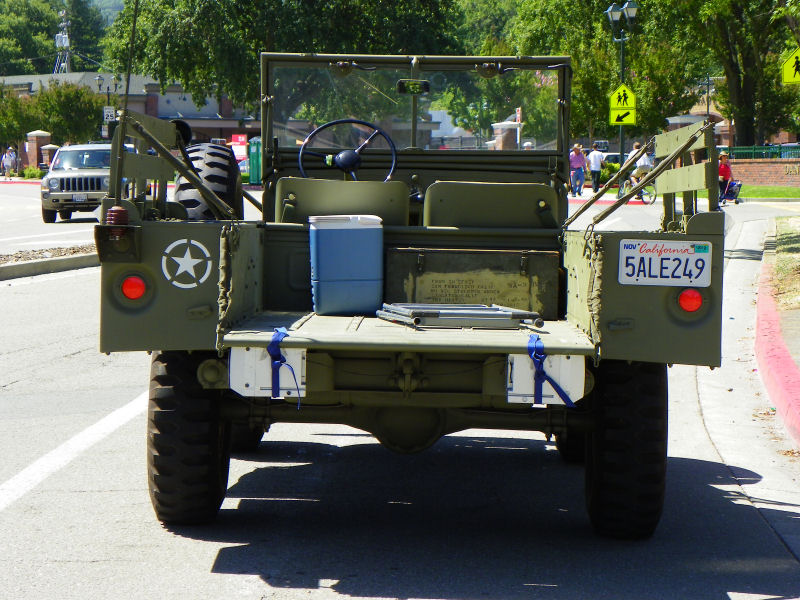 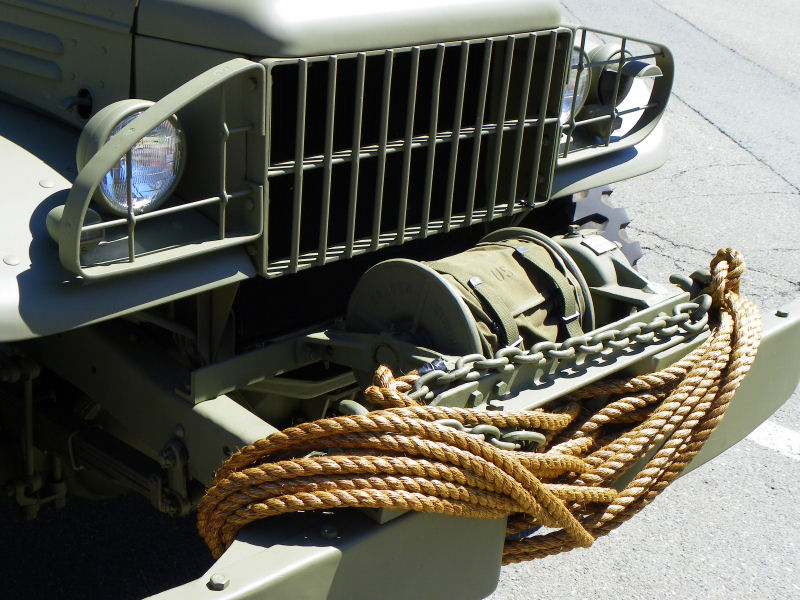 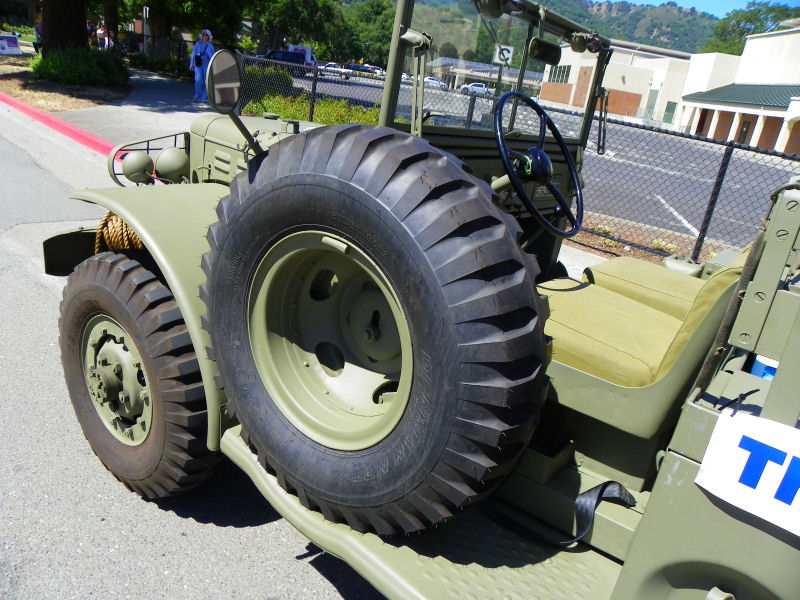 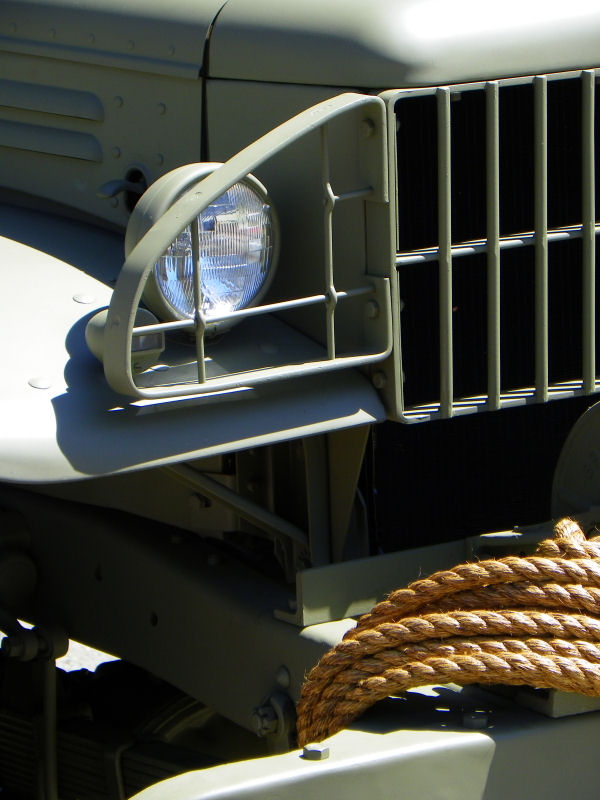 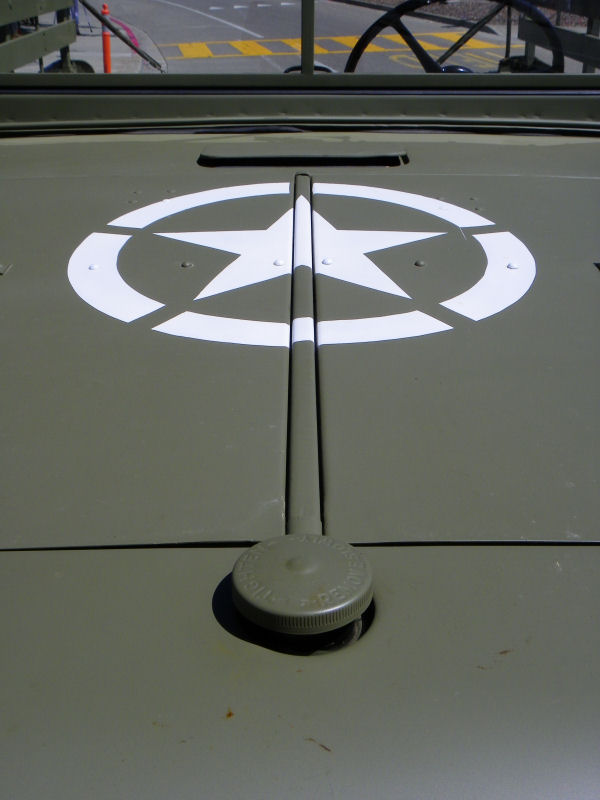 The Dodge WC series was a range of trucks built for the US military in WWII. They came in a plethora of body styles and applications ranging from simple pickups to command cars and ambulances. The WC52 is a 3/4-ton open pickup fitted with a Braden MU2 front winch, powered by a 92 horsepower, 3.7 liter straight-six engine hooked up to a manual transmission. The cargo area has fold-up bed sides that can be used either to expand the payload capacity or, cleverly, to serve as benches for additional passengers. There's nothing luxurious about it, pretty much everything is metal but the tires and seats. It looks like it means business. 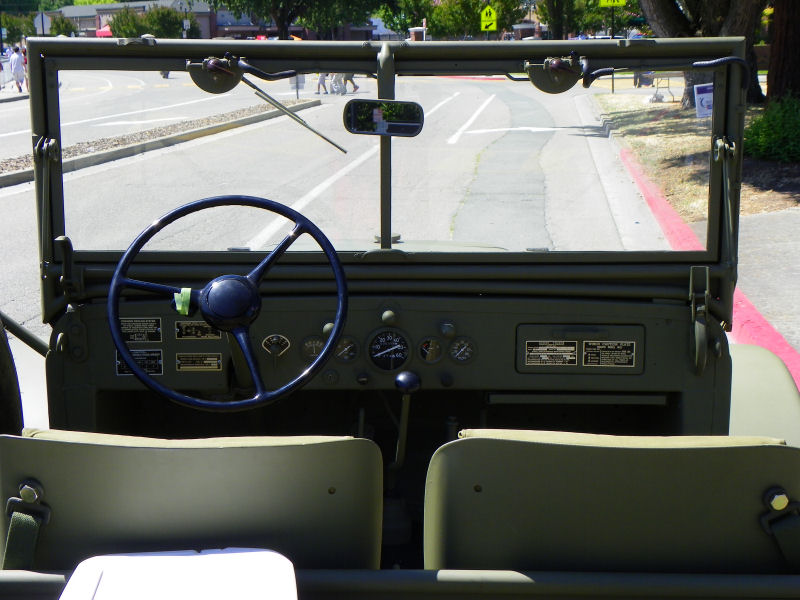 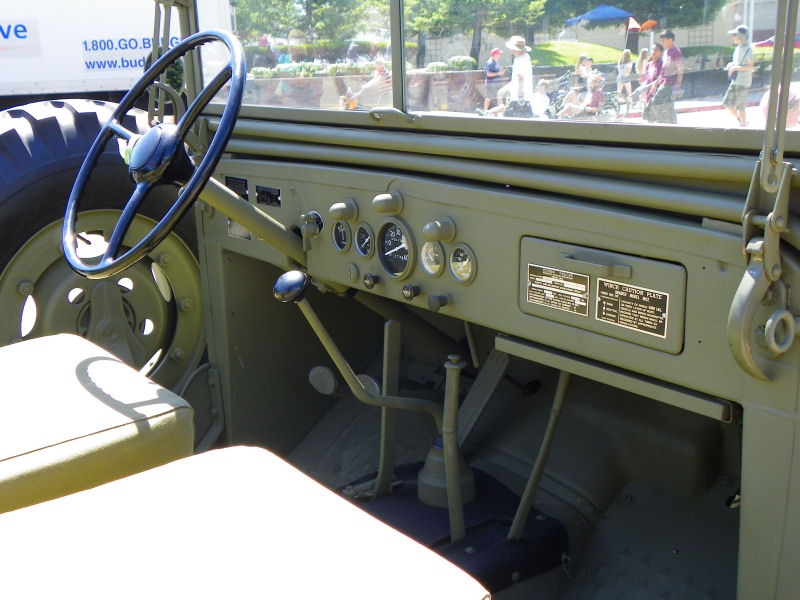 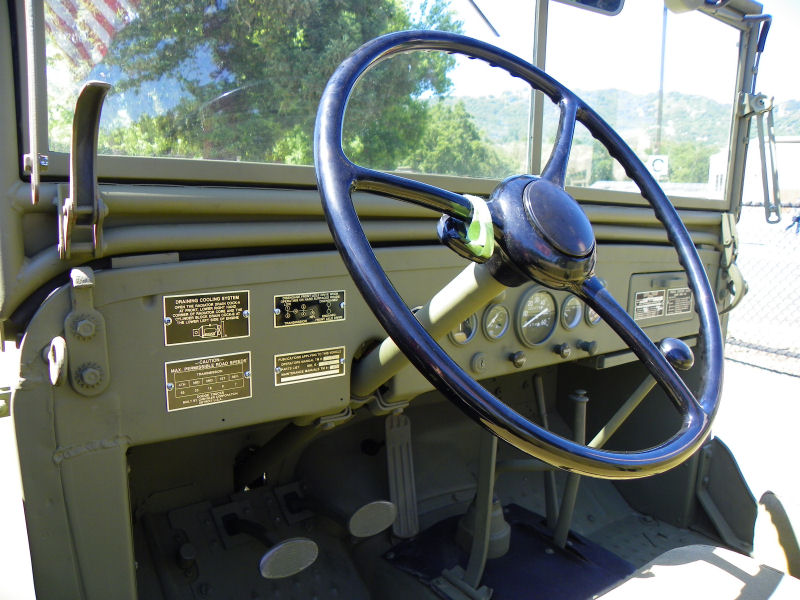 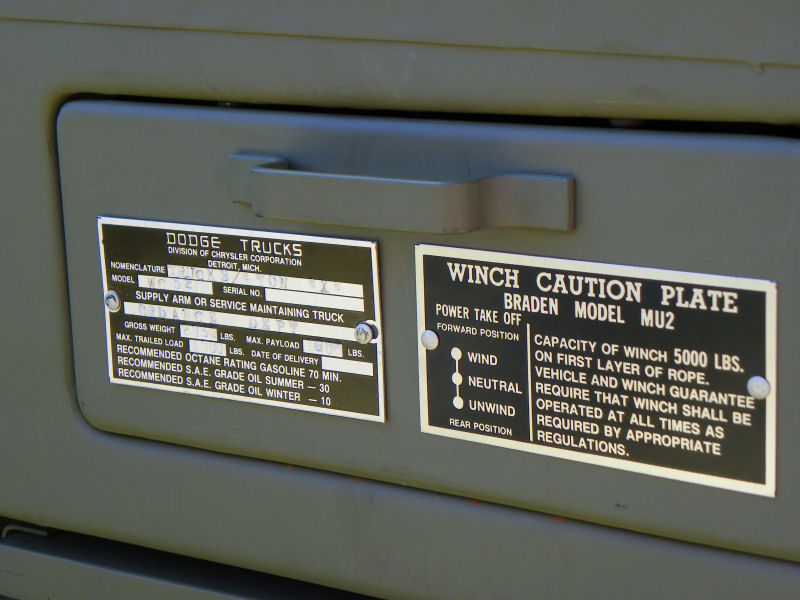 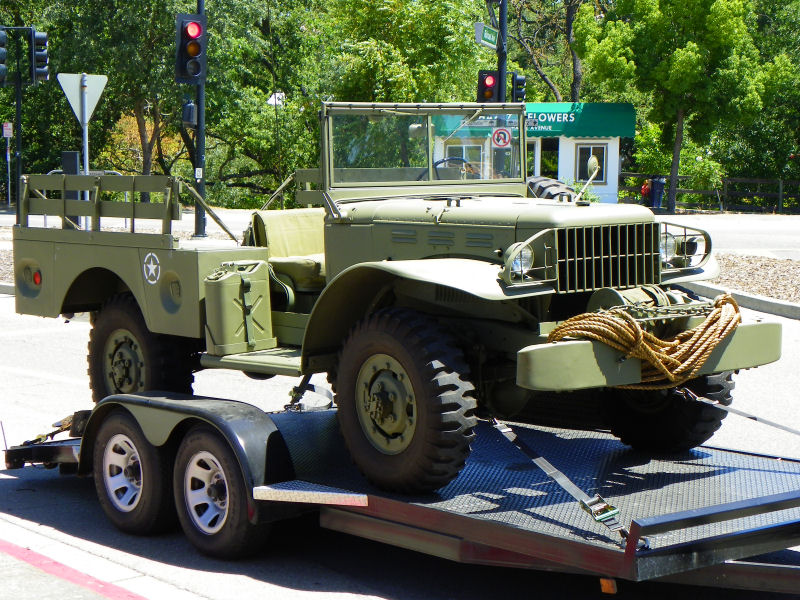 This truck has been restored and looks almost brand new. Since the date of delivery on the data plate, and the serial number, are not given, I really can't tell what year this vehicle was built. Research shows that the WC-52 was built from late 1941 apparently through the end of the war in 1945. I guessed at 1943 as the production year of this vehicle since it was roughly in the middle of the conflict.

God bless our armed forces past and present, both at home and abroad.
Posted by Jay Wollenweber at 12:00 AM