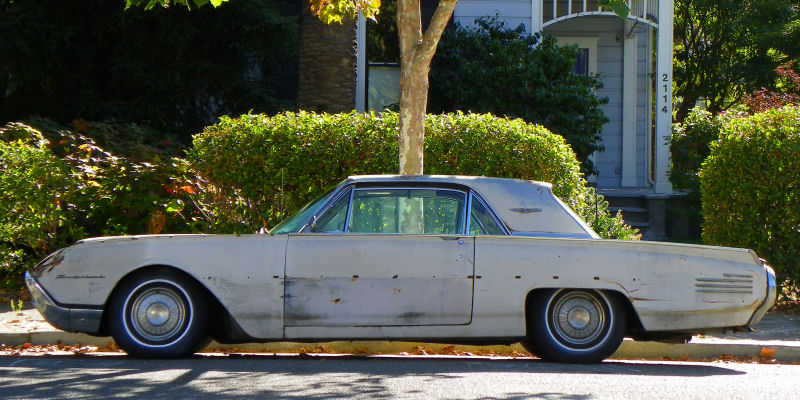 It breaks my heart sometimes to see a classic car being kicked around. At some point it ceases to be a beautiful machine and metastisizes into that ugly old car everyone avoids in parking lots and curses on the highway (you know, the vehicle everybody blames the bad smell on whether it's at fault or not). There's only so much a car can take before it becomes cost-prohibitive to repair. This is typical of cars from the 1970s onward, the big boats that aren't worth very much and thus make no economic sense to restore after a wreck. Those cars usually end up unceremoniously dropped off at a junkyard when their owners decide it's better to take the scrap value and run rather than invest another dime in their old jalopy. 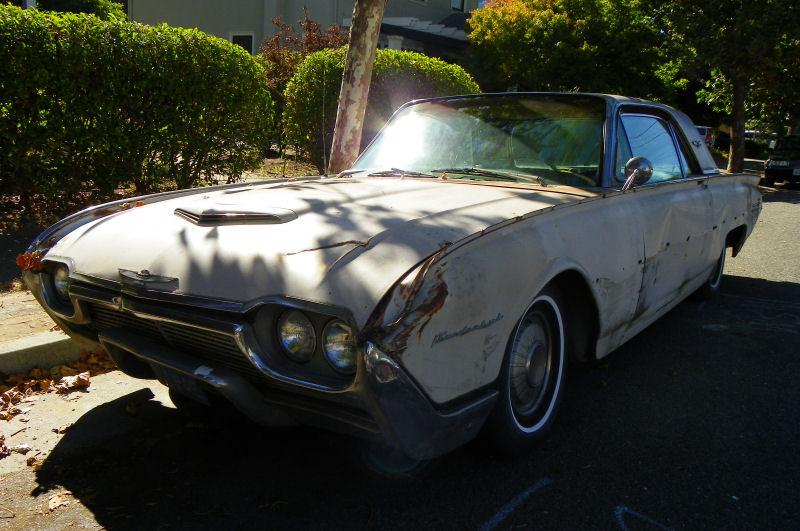 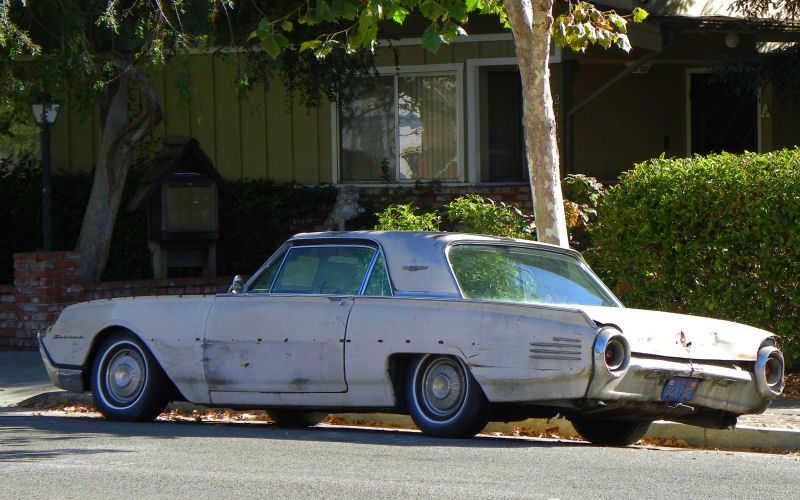 So what happens when the car just won't die? I'm used to seeing this occur in old pickup trucks, but not as often in cars. This 1961 Ford Thunderbird isn't one of the vehicles I would have expected to see in this sort of condition, but it appears to be a daily driver. There isn't a straight body panel left aside from the roof, and the trim is either bent or missing entirely. By some strange twist of fate, all the original hubcaps are still present. The trunk lid is secured with a bungee cord tied down to the trailer hitch receiver. And yet, some of the badges and emblems have managed to be preserved in better condition than those on the much straighter '62 T-Bird I featured last year. 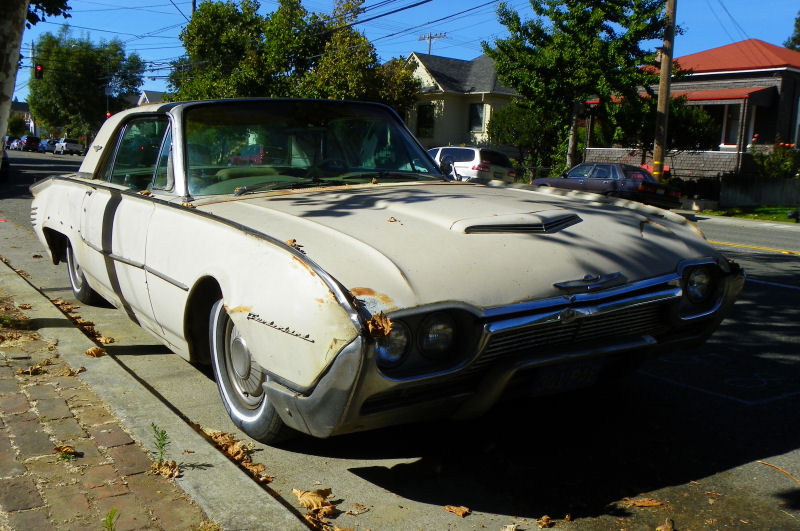 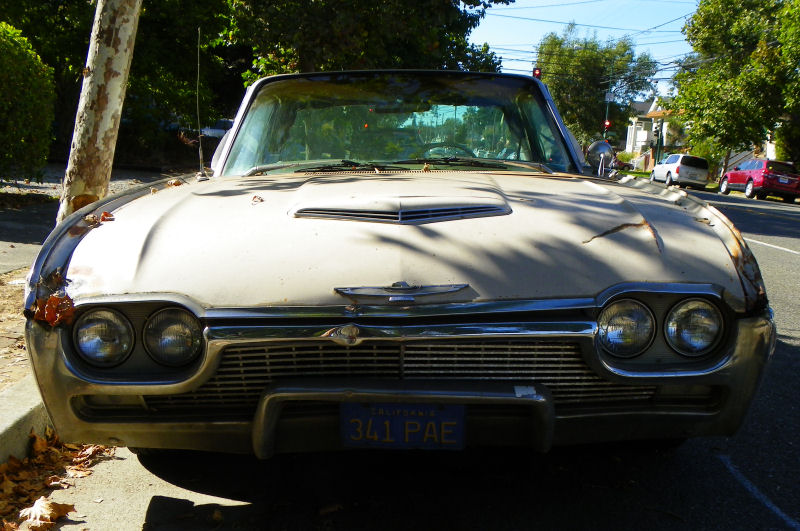 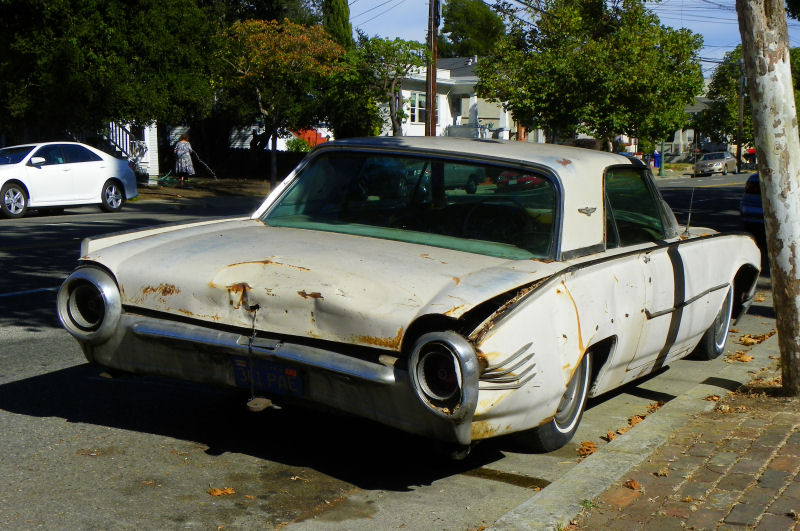 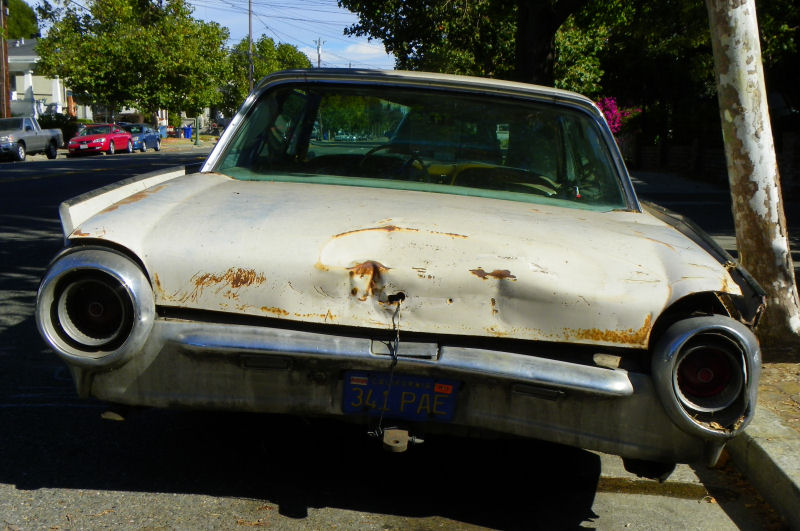 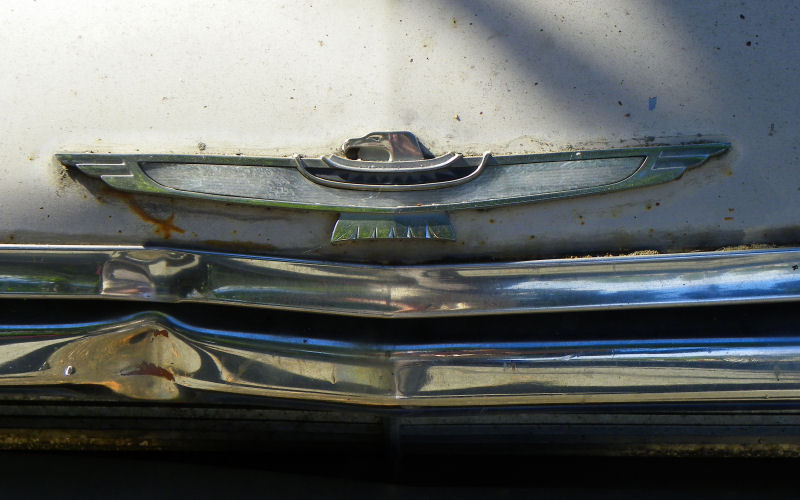 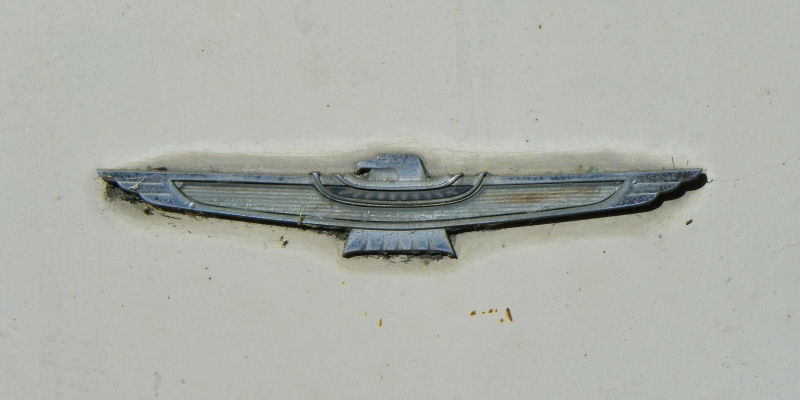 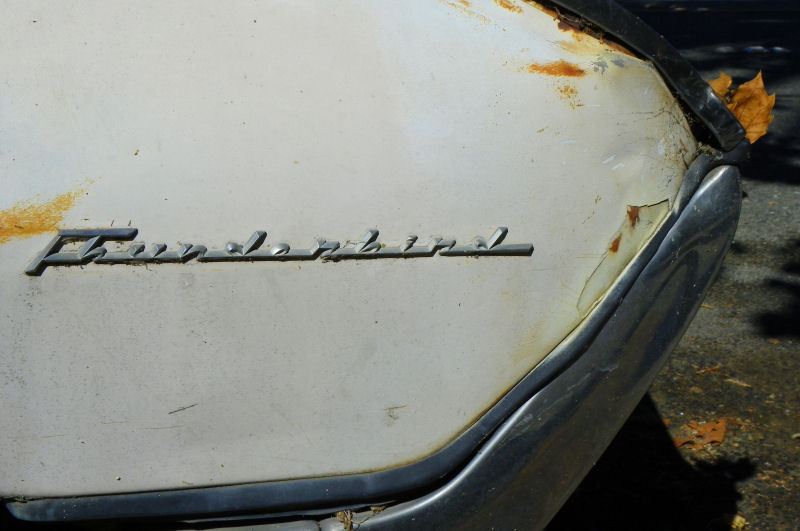 Murilee Martin, formerly of Jalopnik, photographed this Bullet Bird in 2007 and it looked almost exactly the same then as it does now. No better, no worse. It appears that the owner has taken steps to preserve the car so that it can be driven reliably and in reasonable comfort, but it's no crisis if it gets another parking lot dent. I've always liked these cars for some strange reason, so while it hurts to see one bashed in on every side and corner, at least it's being used and not languishing in a junkyard waiting to be crushed and sent off to China as scrap steel.
Posted by Jay Wollenweber at 12:00 AM