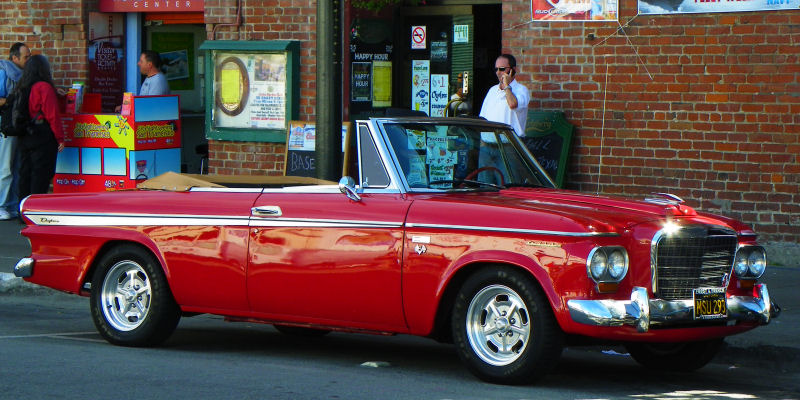 Last year I celebrated the Fourth of July with a feature I called "Independents Day". The subject was a 1964 Rambler American, a car made by the last great American independent automobile manufacturer, American Motors.
This year I have a few more independents to share, so in lieu of fireworks (they're illegal in my county anyway), let's begin. 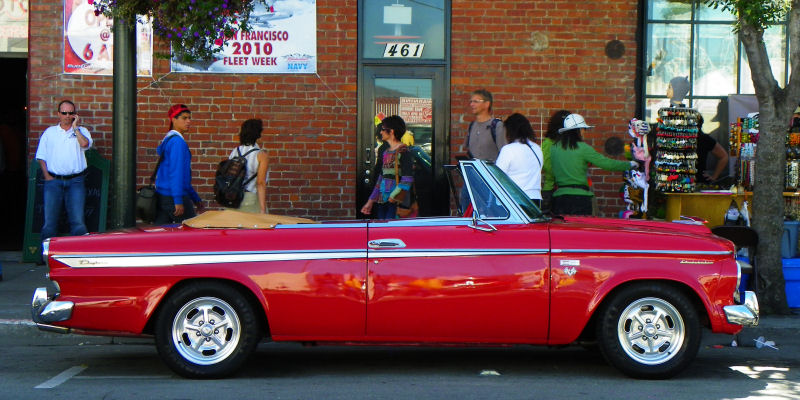 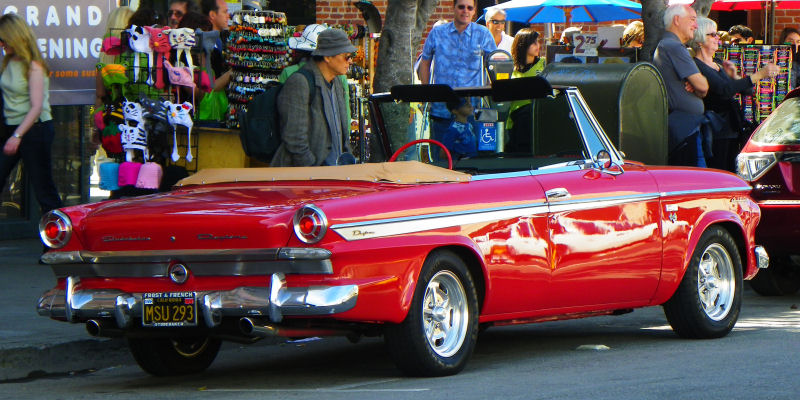 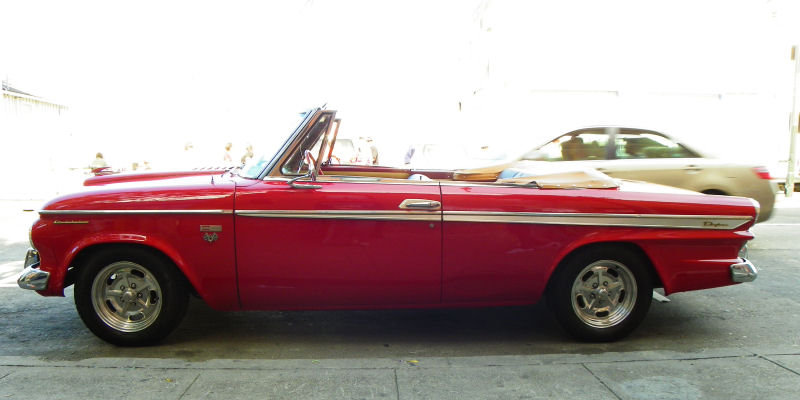 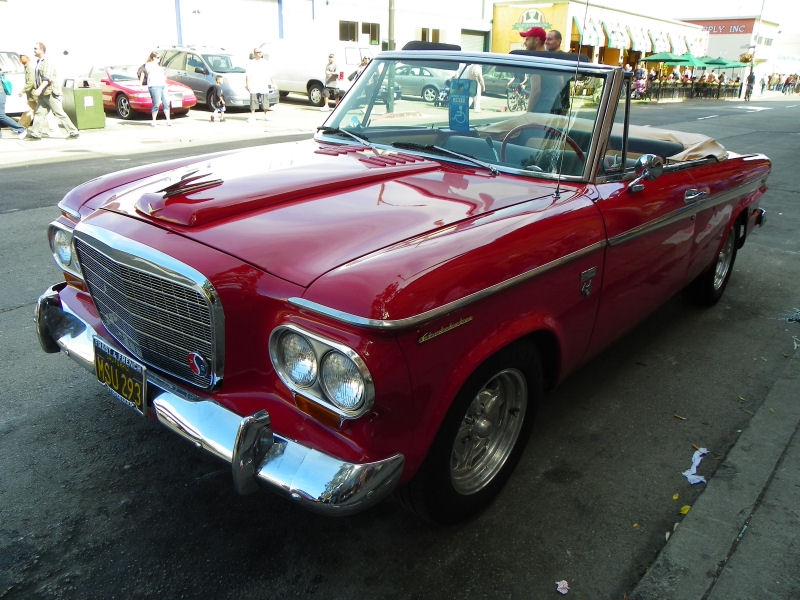 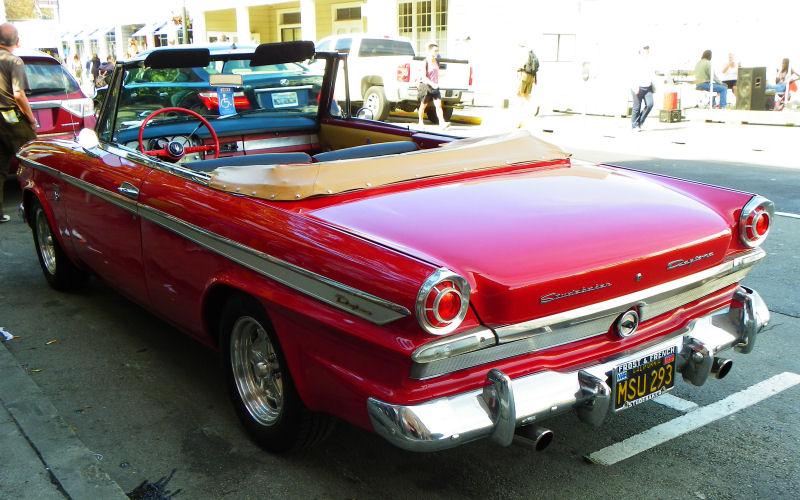 The first independent we'll look at is a 1963 Studebaker Lark Daytona R2 convertible. It belongs to the San Francisco collector I have previously referred to as "Stude Guy", who parks one or two of his cars down at Fisherman's Wharf pretty much every day. His green '63 Lark Cruiser sedan and '57 Golden Hawk, both previous features here on California Streets, are something of a pair of local celebrities. Search Flickr for "san francisco studebaker" and his cars make up a significant number of the results. This red Lark is a rare animal, one of a mere 1,015 convertibles built in 1963 and one of an even smaller number powered by the supercharged 289 cubic-inch Avanti V8. Motivated by a Paxton centrifugal supercharger, the blown Lark produced 289 horsepower. A "Super Lark" package was available which turned the Lark into the fastest compact then available in the States at the time. I can't tell from an outward inspection whether this car features the heavy-duty suspension, stabilizers and limited-slip differential and front disc brakes, but it sure would be cool if it does - not to mention further add to its rarity. The Lark was the only American car available with front discs until 1965. Note the fiberglass hood bulge adding vertical clearance for the Paxton blower. This car also features Custom trim with bucket seats and two-tone vinyl upholstery. The column shifter may indicate the Borg-Warner three-speed automatic transmission. 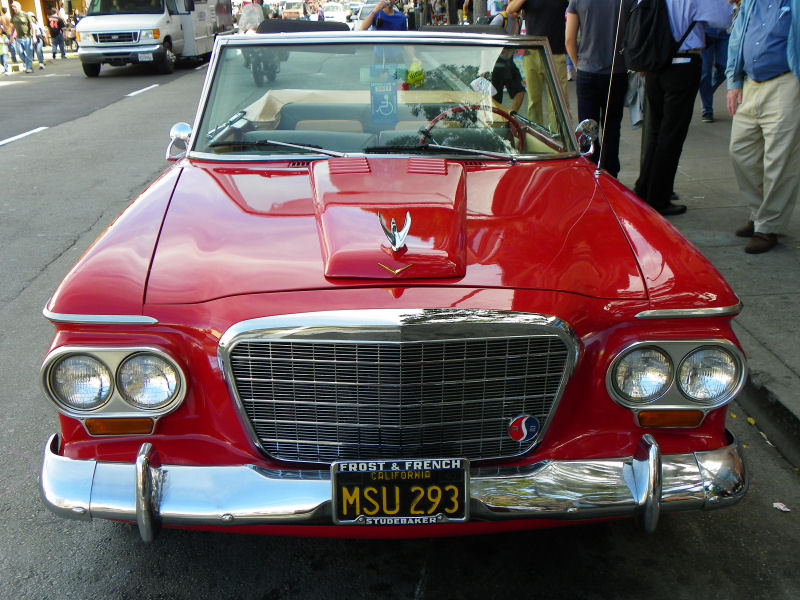 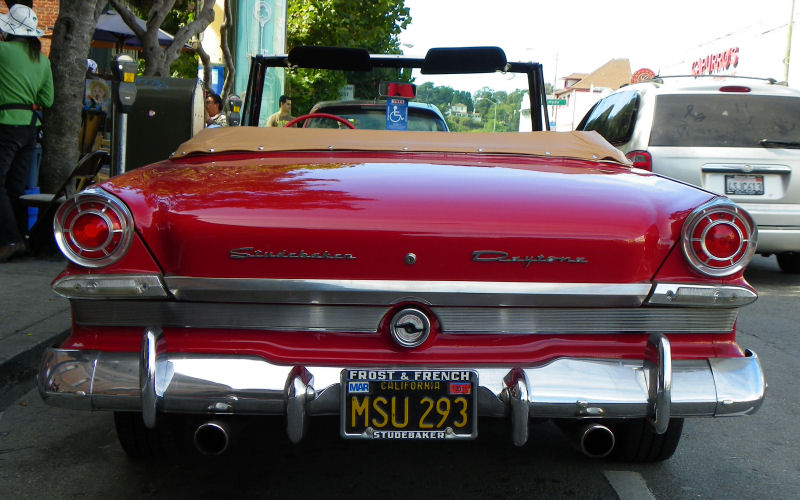 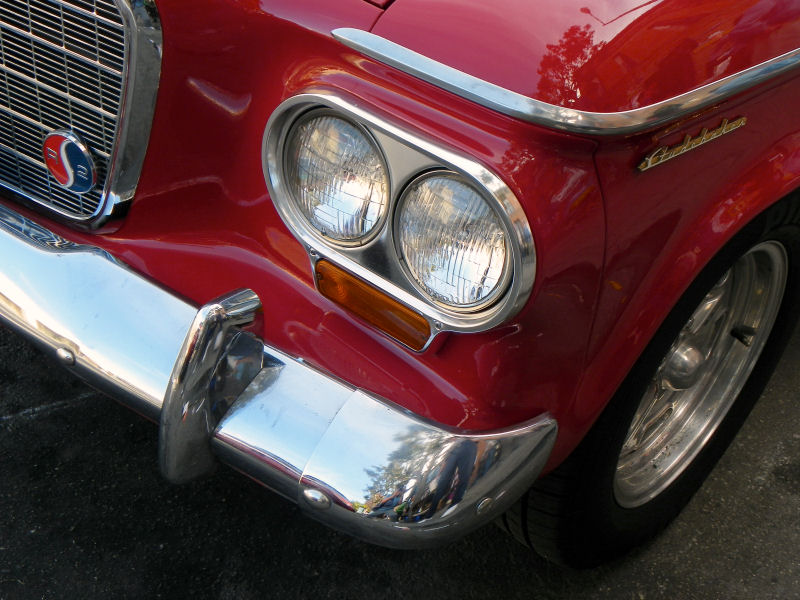 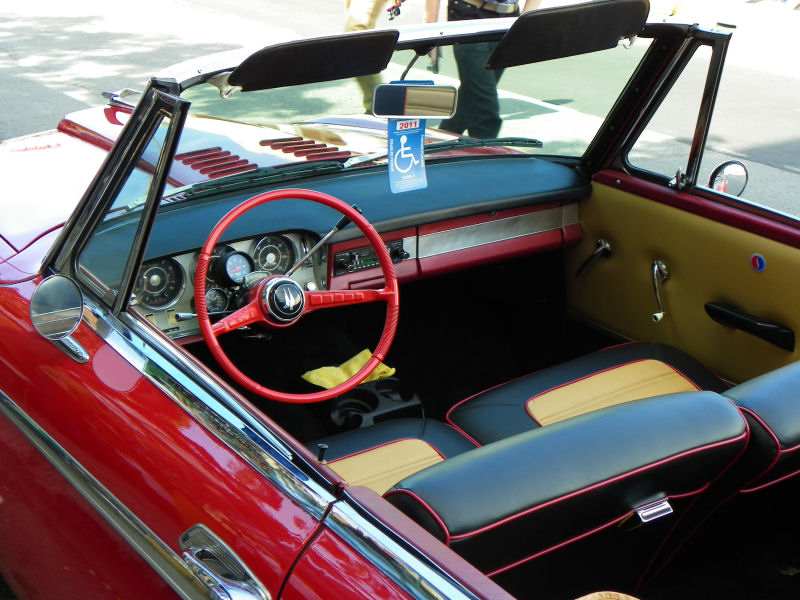 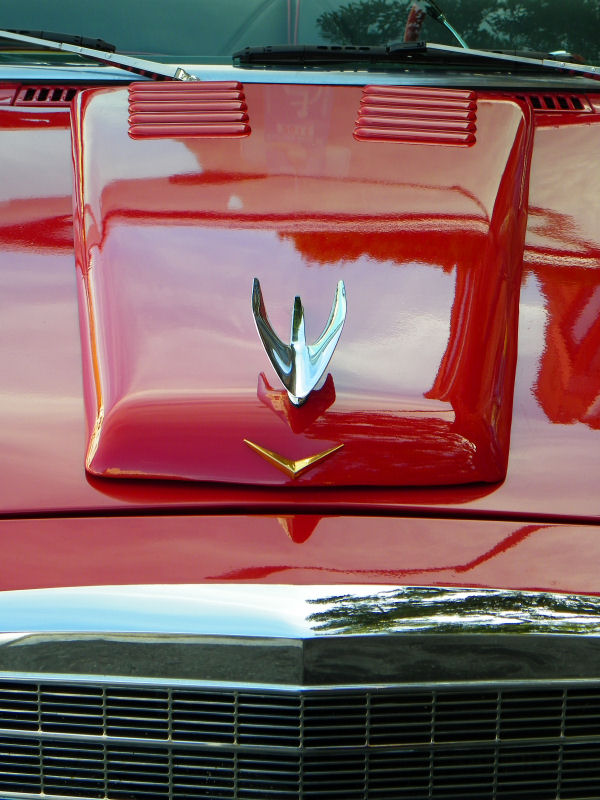 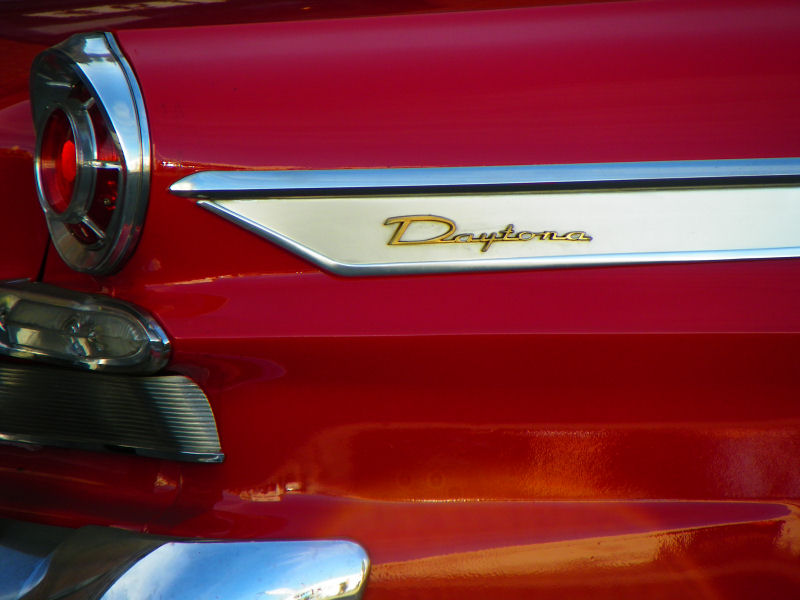 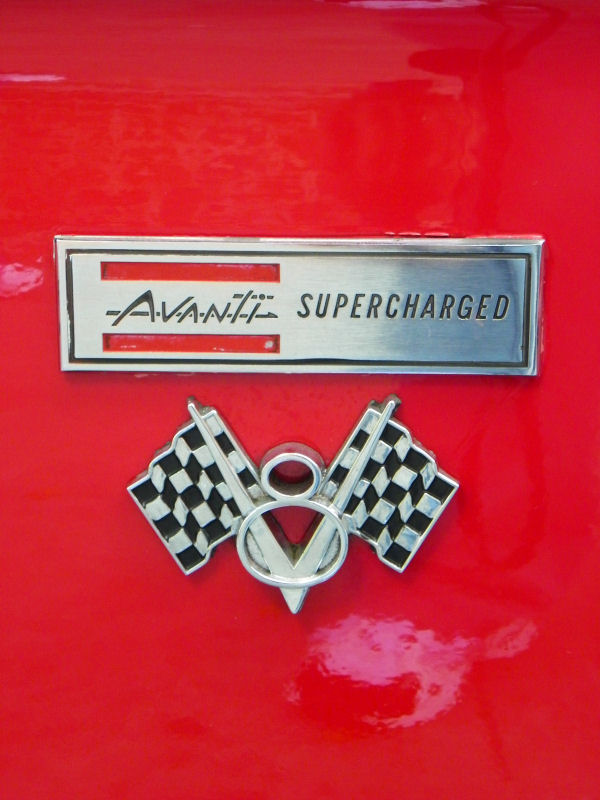 The story of Studebaker is a long and often sad one. Far older than pretty much every other manufacturer in the US, Studebaker began as a wagon builder in the 1850s. Through a process of acquiring struggling carmakers in the early 20th century, Studebaker got into the car business and did fairly well at it up until the 1950s. Come 1954, the independent companies were struggling. Hudson and Nash became American Motors. Studebaker was bought out by Packard and then, ironically, outlived Packard. The Lark seemed like a savior for Studebaker, timed perfectly to take advantage of the growing economy car market. Its resemblance of the 1960s Lark to a Mercedes-Benz may well be no accident, as Mercedes cars in the US were at that time sold through Studebaker dealerships. Sadly, the writing was on the wall. Studebaker made more money from investing in companies that made lawn mowers and other non-automotive products (reminiscent of General Motors revealing that, thanks to its GMAC subsidiary, it was more or less a financing company that also happened to make cars). Come 1963, when this car was built, Studebaker's US production was winding down. The cars would still be built in Canada until 1966, but the glory days were gone and the R2 Lark Daytona was little more than a footnote in performance car history.
Posted by Jay Wollenweber at 8:00 AM