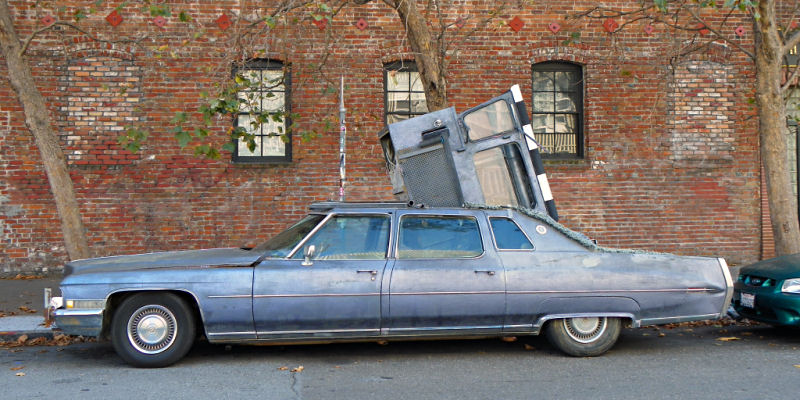 The first thing you'll probably notice about this 1972 Cadillac Fleetwood Series 75 is that it doesn't look like the average person's modern concept of a limousine. That's because it isn't a stretch limousine. This is not your pink Hummer with neon party lights and a dozen drunks throwing up inside it. It's a formal limo, made for transporting important people in smooth, refined luxury. Well, at least it used to be. 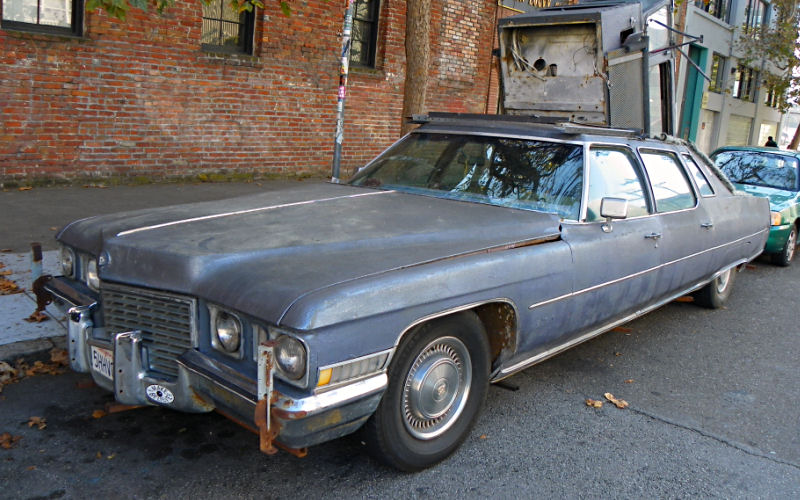 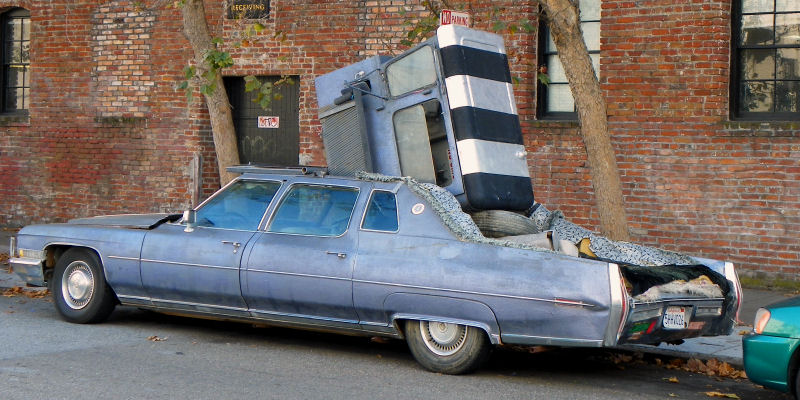 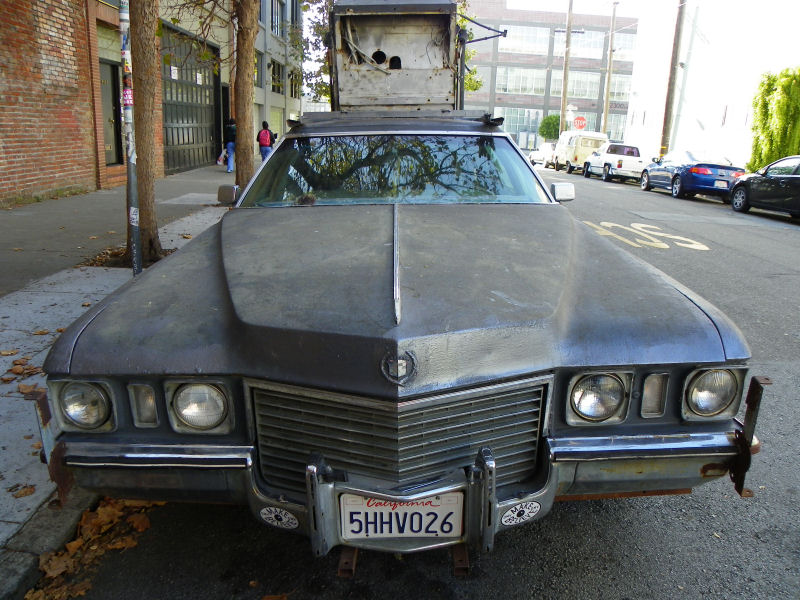 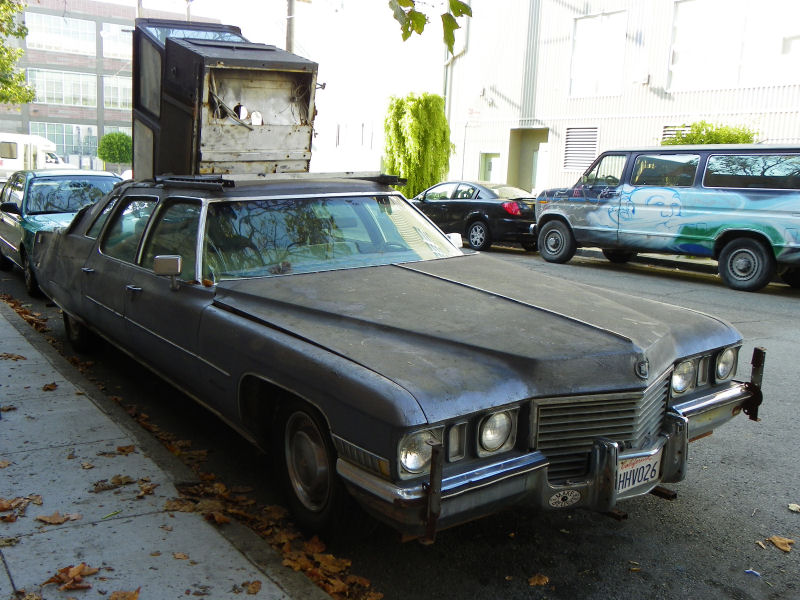 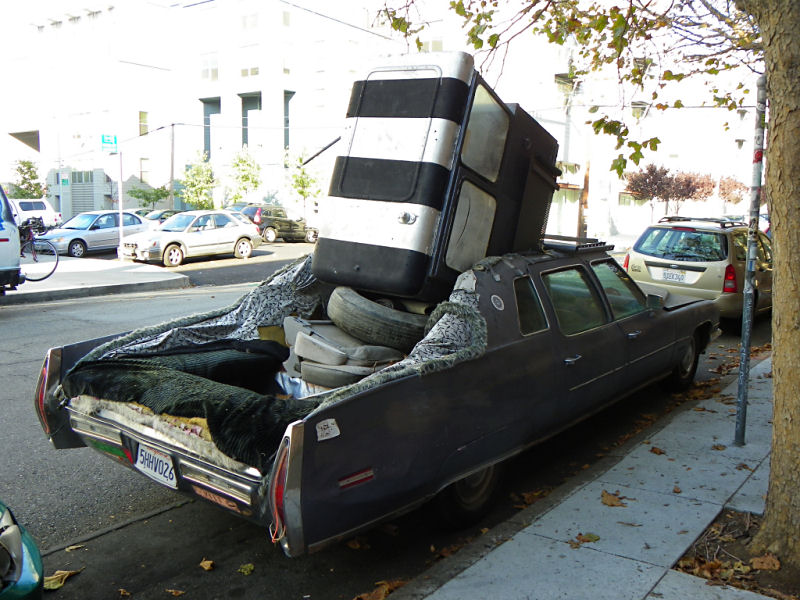 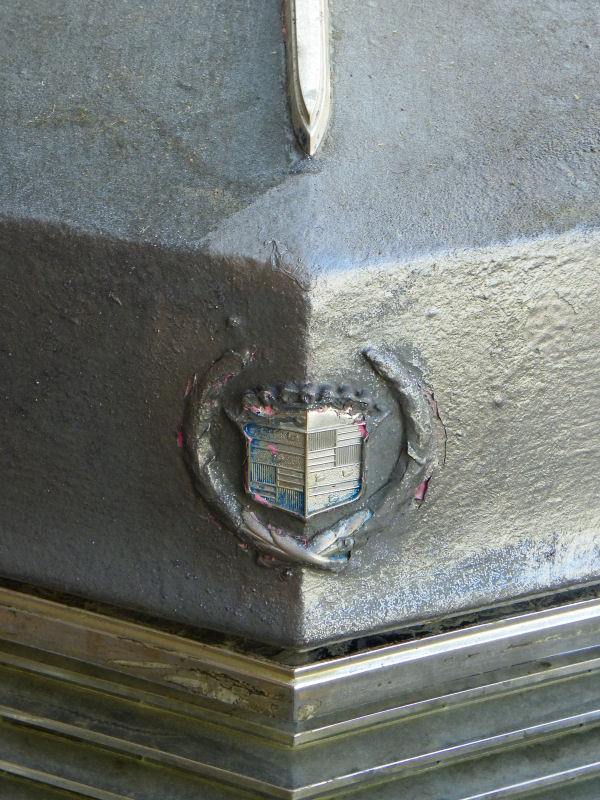 That's probably the second thing you noticed about this car: it's fallen a long way since its days as a chauffeur-driven representative of the Standard of the World. It's been exposed to the unusual desert festival known as Burning Man, and apparently it was built into a sort of Popemobile, with the metal box on top installed vertically like an observation tower. The rear section of the roof and trunk were cut away, and the rear seat replaced with cushions (and garbage). If memory serves, the Caddy's Burning Man career started out with a blue paint job, then it later received a coat of garish pink. Today it is a more sedate gray color, but looks very much the worse for wear. I imagine that multiple trips to the desert can't be kind to it.
The chances of this car undergoing restoration are slim to none. It's not worth much, it's been hacked up pretty badly and it probably smells awful inside. The engine is unfashionably thirsty for San Francisco and when it finally dies, the whole car will likely disappear into a crusher at Schnitzer Steel. A sad and undignified end to an interesting old limousine.
Posted by Jay Wollenweber at 5:20 AM