Second in this "Independents Week" grouping is an American Motors product, a 1972 AMC Hornet SST two-door sedan. For the past few years now, I've been a big fan of the Hornet and the various models it spawned since its introduction in 1970. The Gremlin, Spirit, Concord and Eagle can all trace their roots back to the Hornet. The first Hornet I fell in love with was the red 1974 Hornet X hatchback coupe James Bond drove in The Man with the Golden Gun. Since then I came to appreciate later-model cars like the 1977 Hornet AMX and 1980s Eagle Sport 4x4 wagon. Most recently, though, the early Hornets are growing on me. The Sportabout wagons are my favorite body style of this era. 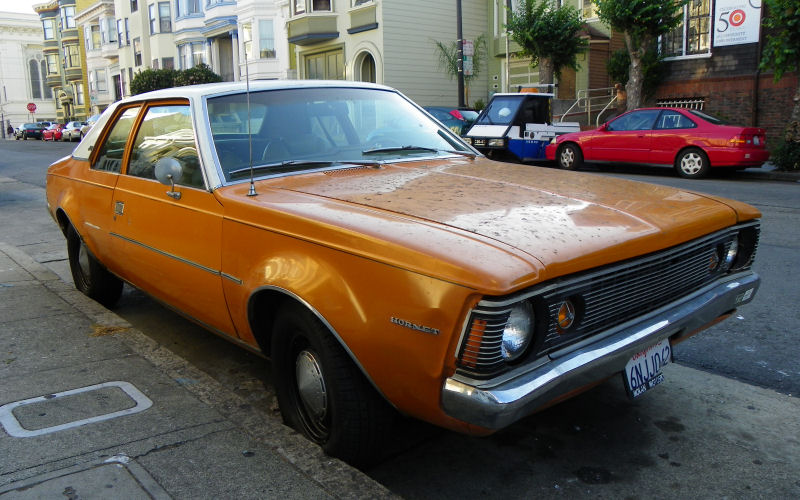 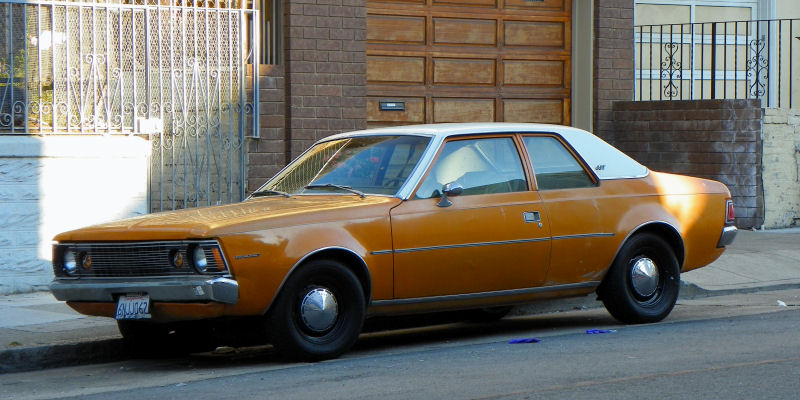 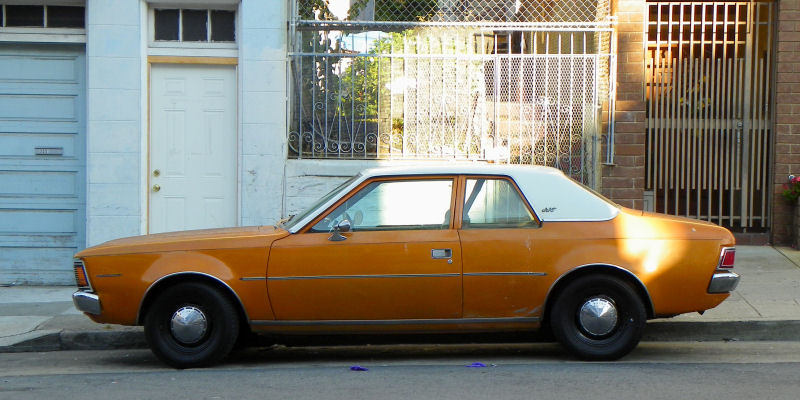 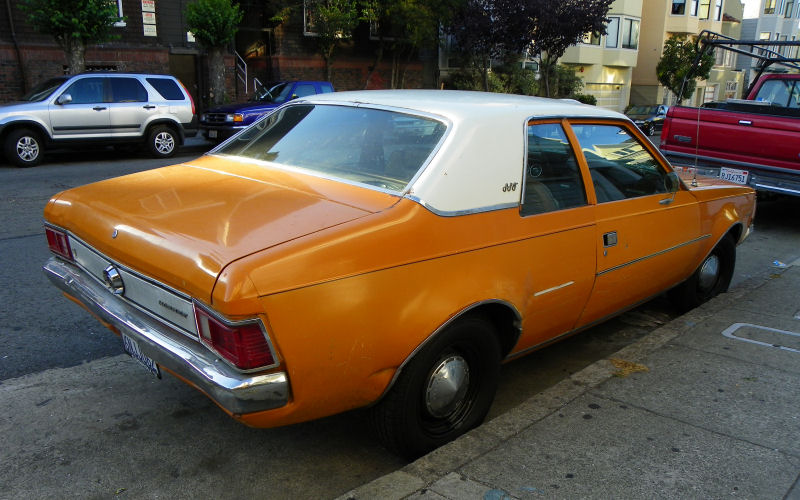 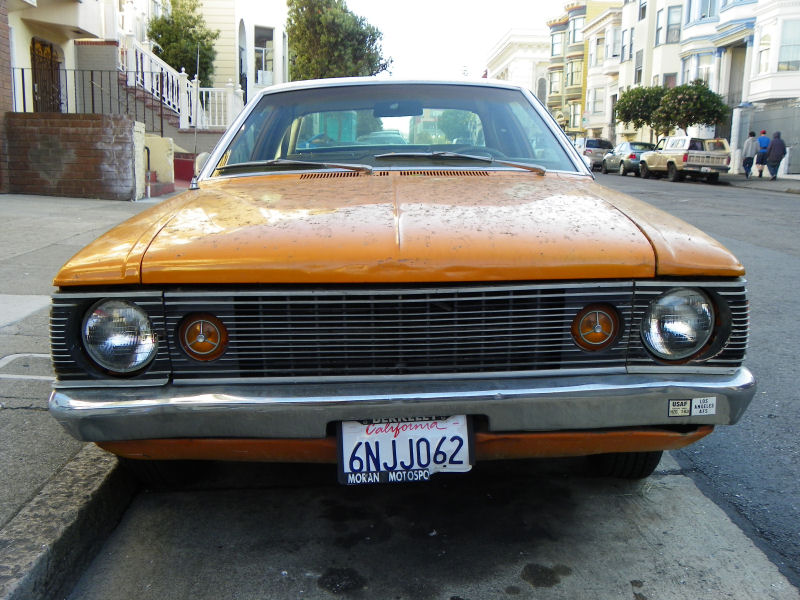 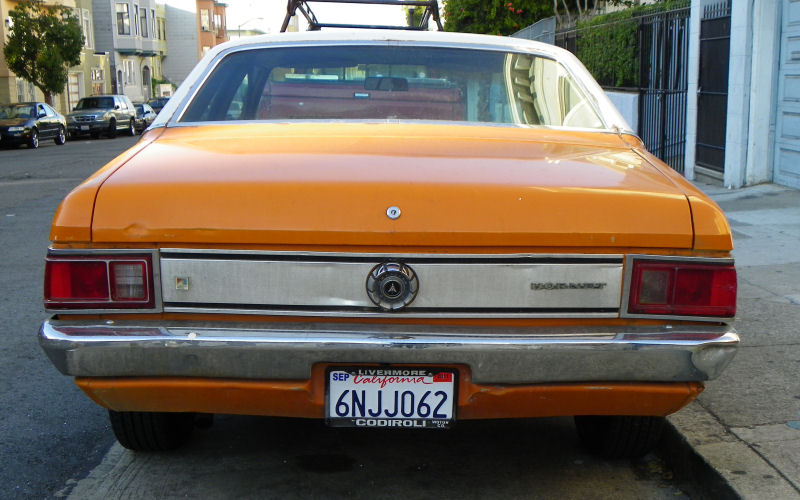 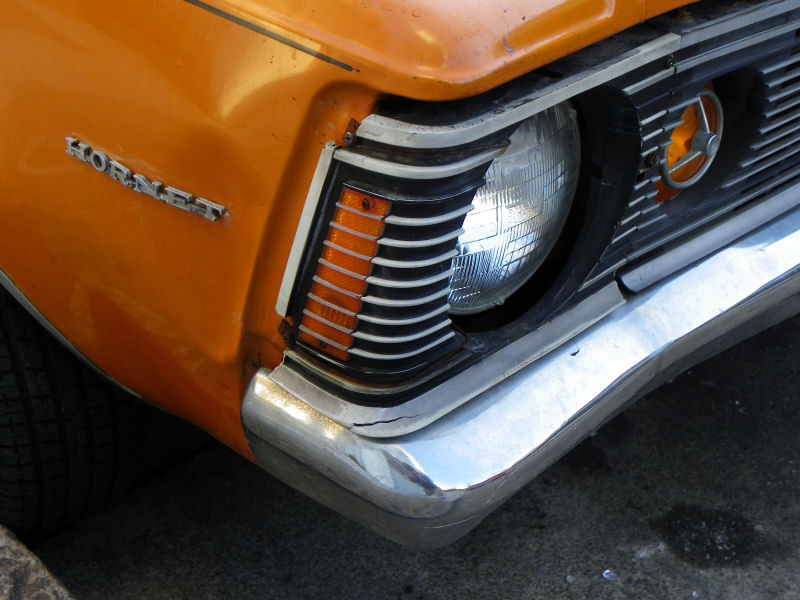 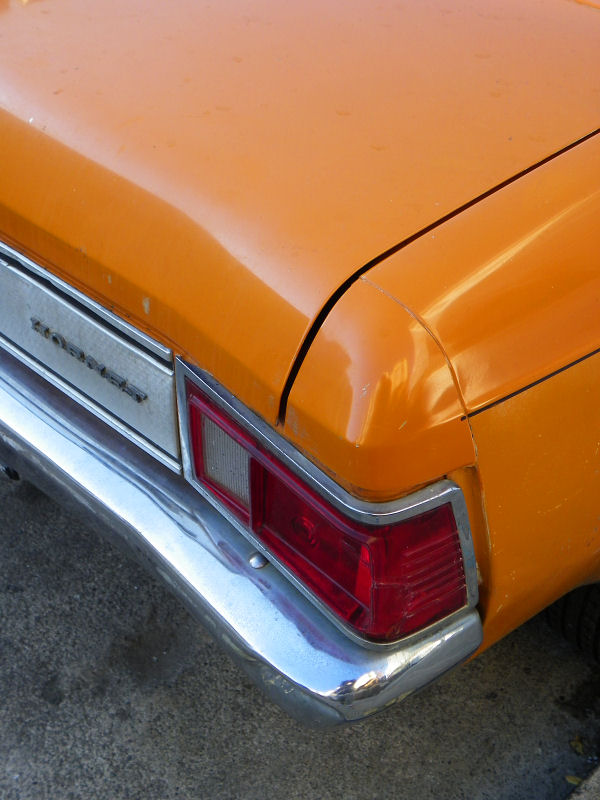 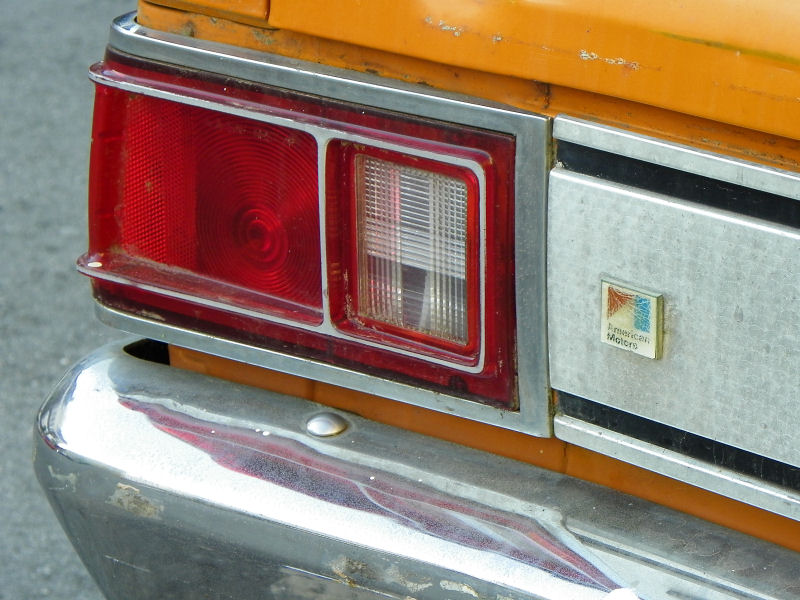 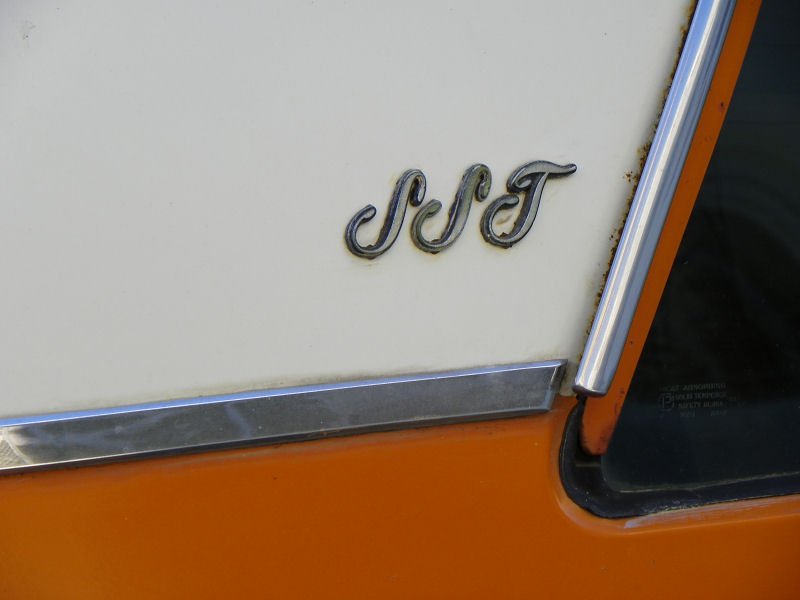 In 1972 the Hornet was marketed as a value leader, and all Hornets that year were SSTs. This example is equipped with any one of two straight-six engines or two V8s. Since no badges indicate the engine type, it could be any of them. The color is a curious shade of orange called D5 Butterscotch Gold, with the optional vinyl roof.
It's said that these cars aren't especially rare or valuable. Over 27,000 Hornet 2-doors were built in 1972. So where did they all go? I suspect that the "tough little car" from AMC didn't receive much love from buyers who mostly purchased them just for economical transportation and used them up over the years. It's a shame, too, because you could order a smart-looking little Hornet X with a hot 360 ci V8 and had a low-budget mini-muscle car (in the context of the early-70s, that is).
This is one of the oldest Hornets I've seen in a long time, and it's a pretty nice example for a daily driver. It looks like it could use some touch-up paint, a good wash and wax, and a date with a Ding King. I'm sure it's a perfectly capable, reliable grocery getter and certainly has more character than the Honda Civic across the street.
Posted by Jay Wollenweber at 12:30 PM