Nowadays one might refer to an AMG Mercedes or BMW M sedan as "Bad-Ass Class". What is Bad-Ass Class? It's a luxury car that looks bad-ass, usually one that's crazy fast. Well, this isn't crazy fast, but it is classy, and it. Is. Bad. Ass.
It's a 1968 Lincoln Continental. 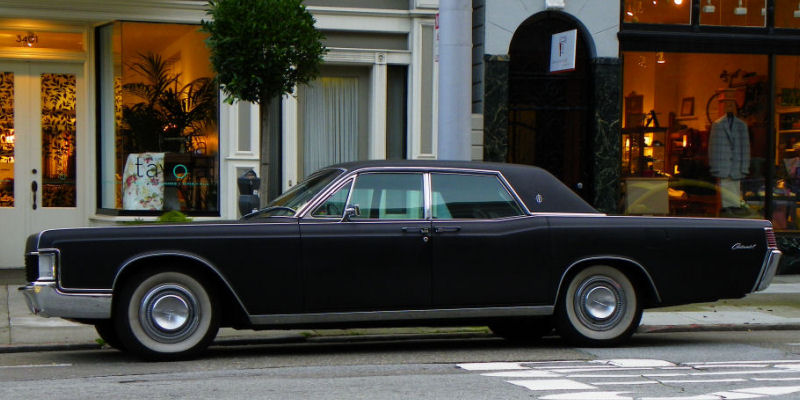 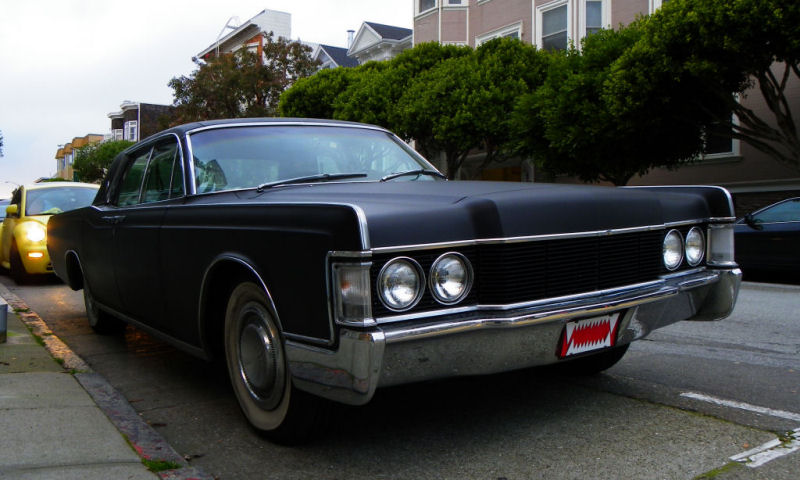 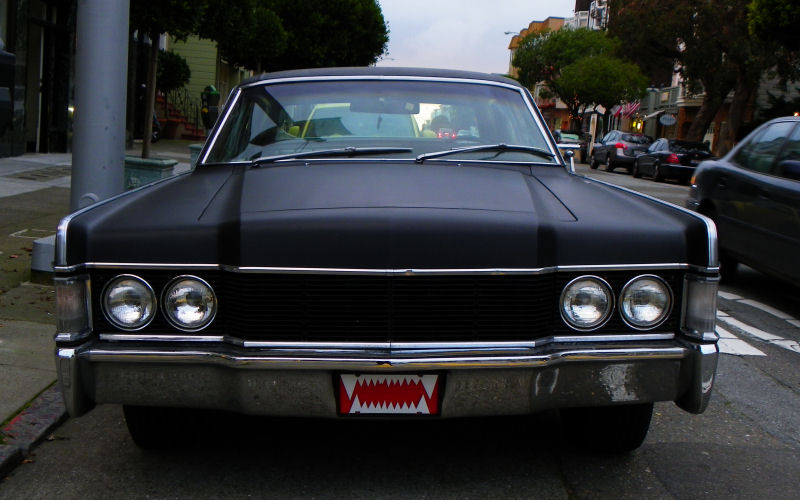 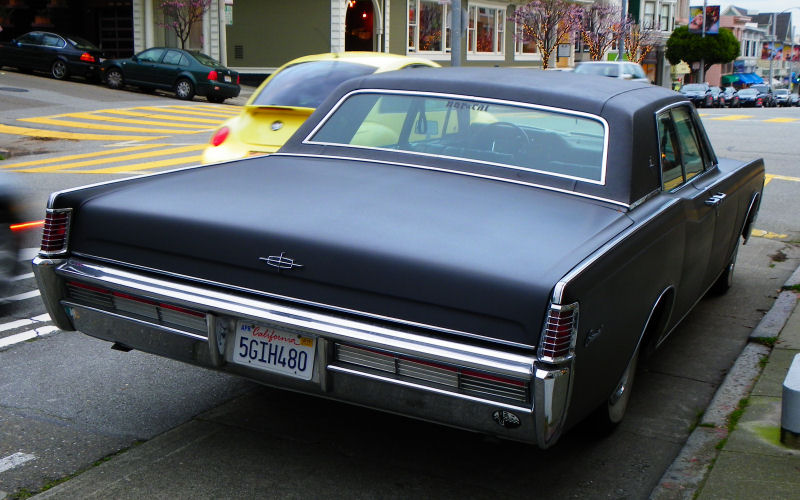 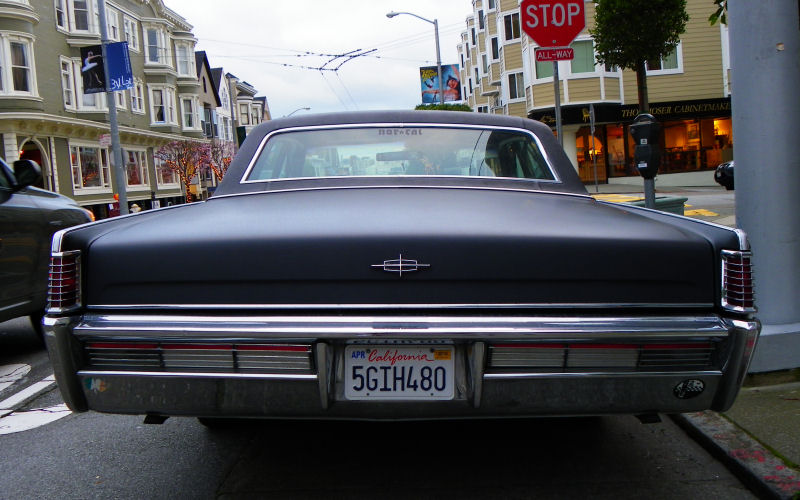 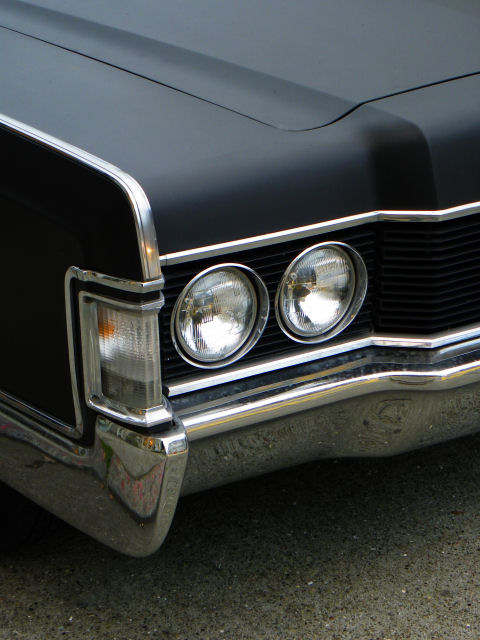 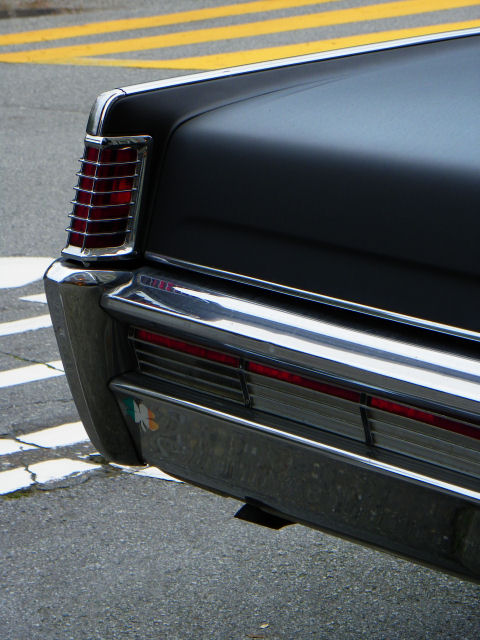 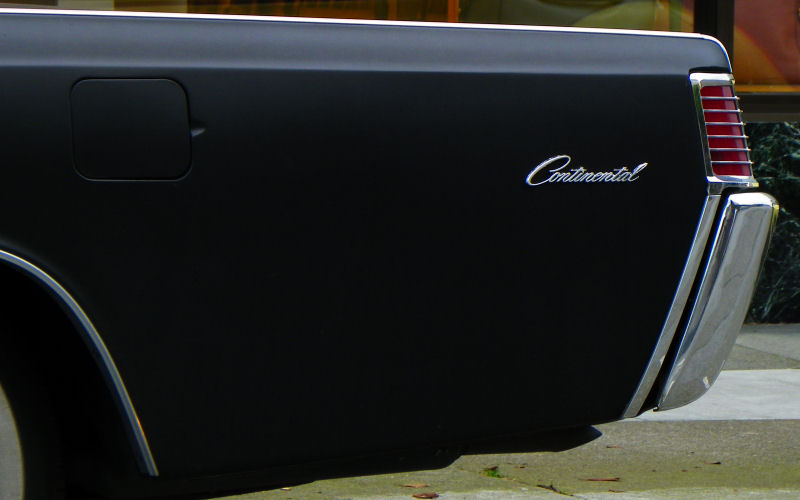 By the late-'60s, the Continental had lost the pure European-inspired 1961 design that remains so timeless today. After 1965 it looked more like a glorified Mercury with its coffin nose, Coke-bottle body swoosh and full-length character line, but hadn't lost the presence that made it instantly identifiable as a full-sized, uniquely American luxury sedan. Power came from a monster 462 cubic inch big block V8 driving the rear wheels as God intended. This is no pansy luxury car.
Contributing to the "bad-ass" factor is this car's matte black paint treatment, smooth black vinyl top, blacked-out grille and toothy front license plate. The owner has kept the original full factory hubcaps and wide whitewall tires, a smart choice. I personally don't like 1961-69 Continentals on gigantic rims; it tends to cheapen the look of an otherwise beautiful car. I also respect the owner for keeping the body straight, clean and unmolested with all door handles and trim intact. I'd lose the small bumper stickers and Nor-Cal rear window decal if it were mine. The little I can see of the interior looks to be in great shape, and the lack of head restraints confirms it as a 1968 model. This is one of the last great suicide-door Continentals (they were marketed as "Continental doors" much the same way the Rolls-Royce Phantom has "coach doors"); the feature would disappear for the all-new 1970 model, never to return except on a 2002 design study.
Thanks to the multitude of emissions, fuel economy, safety and whatever other regulations passed over the last forty years to make cars boring, we'll never see another luxury car like this again. We plebs are supposed to aspire to what now, a Chevy Volt with leather? A Lexus HS250h?
Call me crazy, but when it comes to Bad-Ass Class, I'd prefer this over a new BMW M5. It's just such a cool beast of a car.
Posted by Jay Wollenweber at 12:30 AM