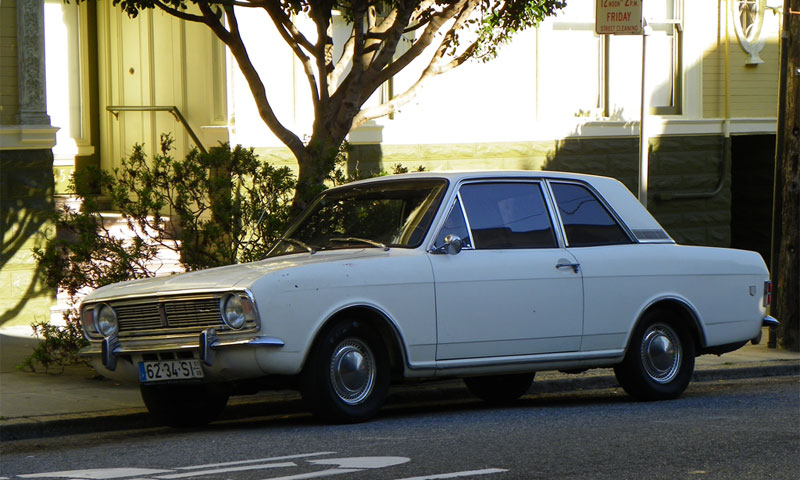 Out of all the Ford products I've spotted in this state, this is easily one of the most obscure. It's a 1967 Ford Cortina (Mk II) 1600 GT. if you live in the US, you've probably never seen one, but Ford sold over 16,000 of them in the States in 1967. That was the year the Cortina became the best-selling car in its home market, the United Kingdom. That's right, the Cortina was a British Ford. It slotted below the compact Falcon in Ford's American lineup and was pretty much the only four-cylinder Ford available in America at the time. So why didn't it succeed here? 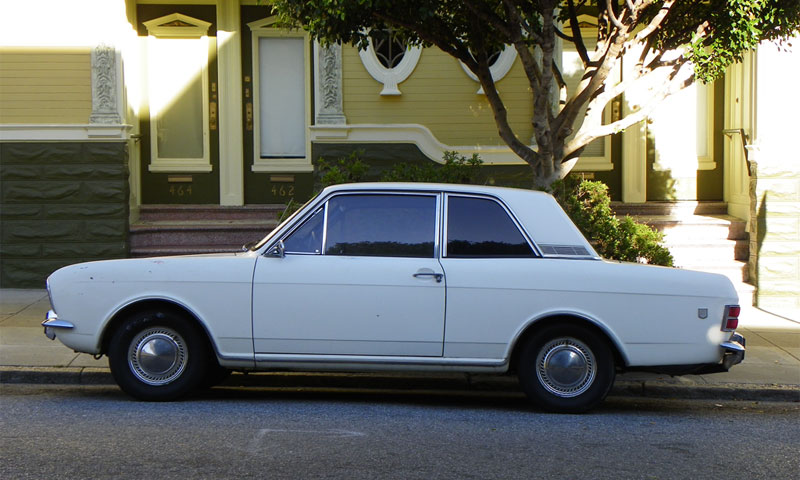 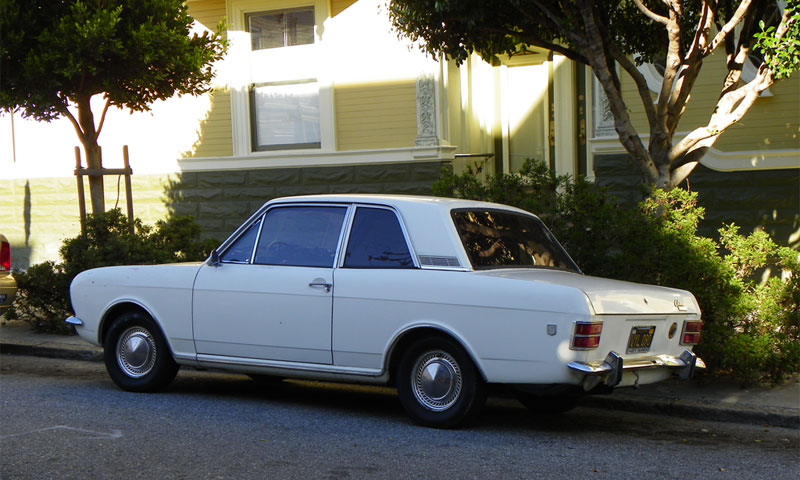 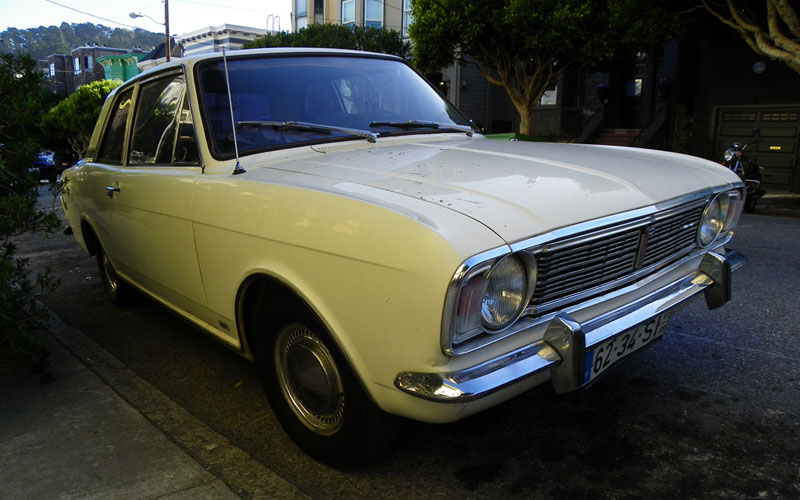 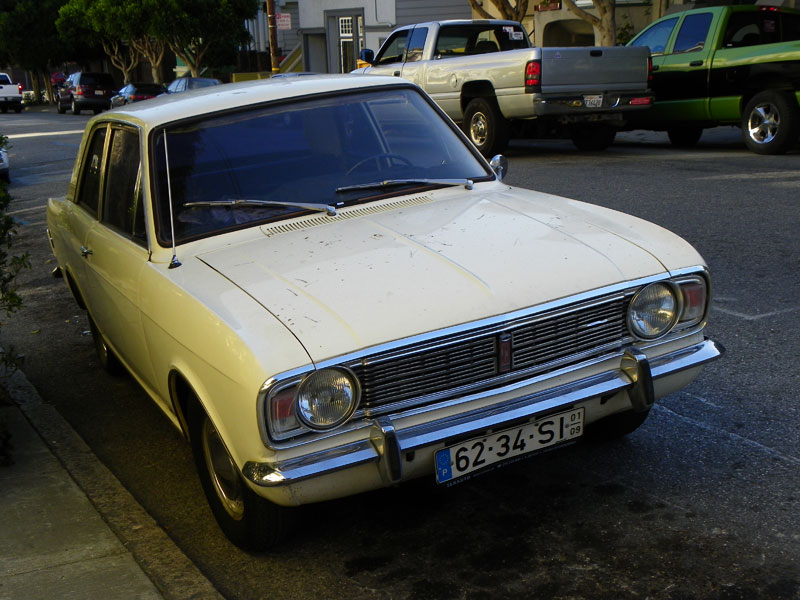 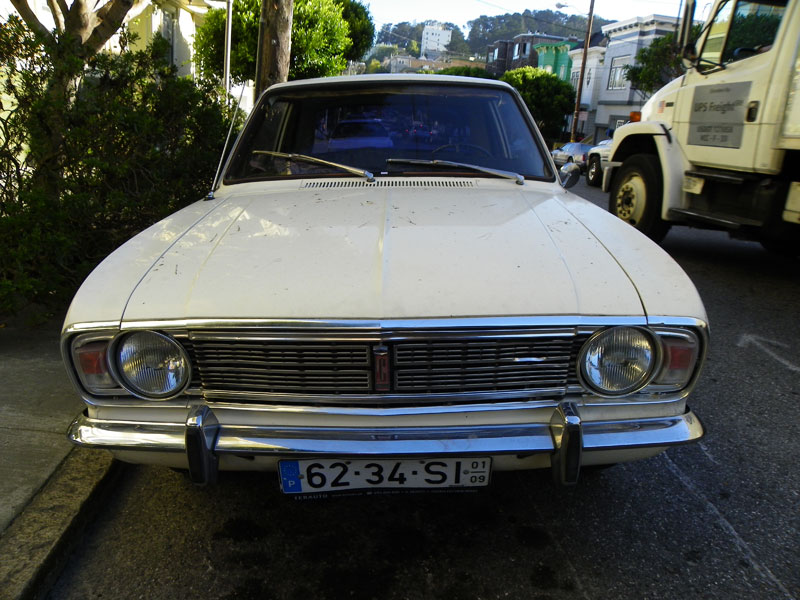 Well, take a look at it. The styling is very simple, perhaps even more so than the original 1960 Falcon. It's boxy and utilitarian, with just two body creases to spice it up a little. The chassis and powertrain are also simple, just a 1.6 liter Kent crossflow four cylinder making 88 horsepower and driving the rear wheels. It was small, lightweight and relatively austere when other economy cars in America were offering more power, style and size. The Beetle handily outsold it. Even GM's Opel Kadetts, introduced to America in 1967, soon spanked the Cortina in sales.
From what I've read, the Cortina's problems were similar to what plagued other British cars of the era. Electrical systems had a tendency to cause fires, and despite England being a ridiculously humid country with cold and wet winters, Cortinas had little to keep them from rusting or getting water vapor in the engine distributor. This combination of factors prevented many Cortinas from surviving to this day. In 1971, the Cortina was dropped in the United States, replaced by the Pinto. We all know how that ended. In its home market, the Cortina continued production in various forms for another decade, holding the title of Britain's best selling car until around 1981. 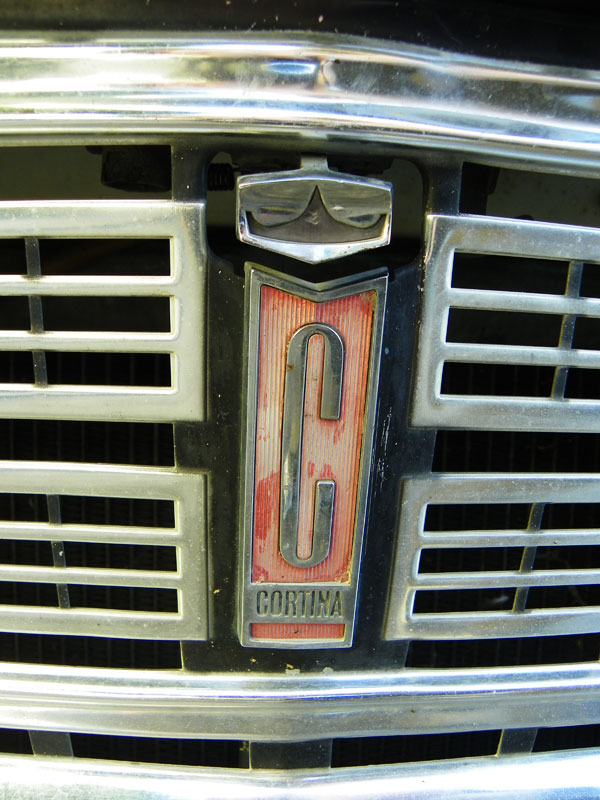 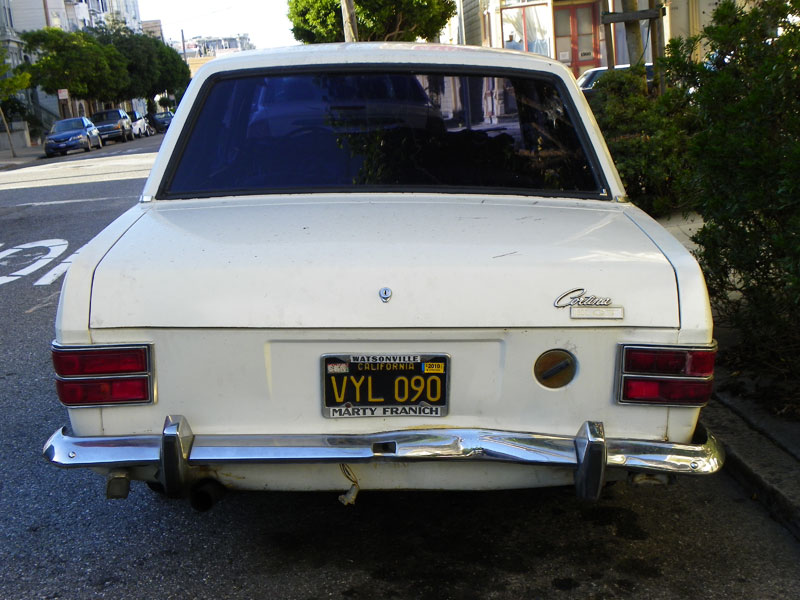 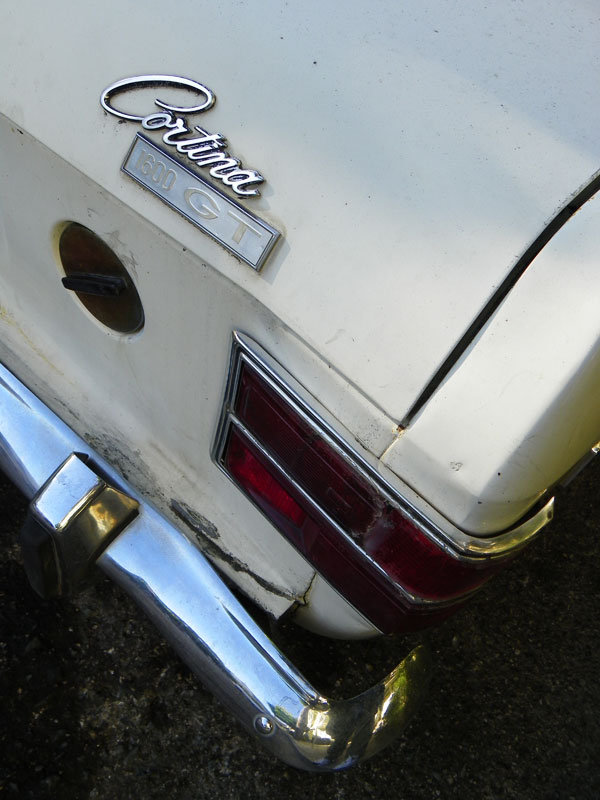 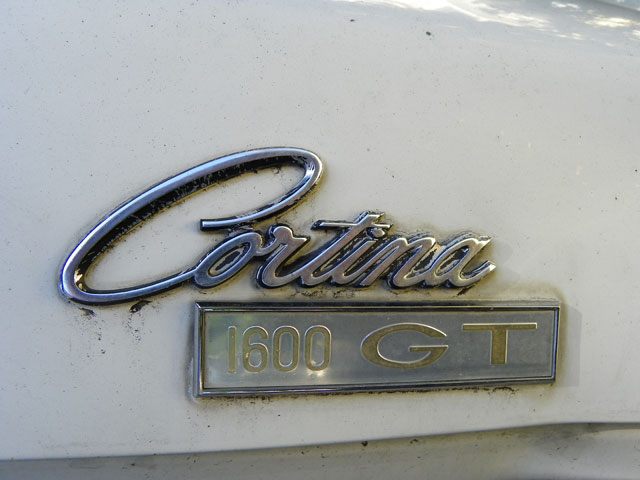 History has been kind to those Cortinas still on the roads. Owners frequently slap Minilite wheels and racier rubber on them, stiffen up the suspension, and take them out to track days. Apparently these little cars are quite tossable and lend themselves well to racing. The Lotus-tuned Cortinas are the rarest, sportiest models and have a well-documented racing pedigree. Making a Lotus replica out of a regular Cortina would involve a unique Lotus-tuned 1.6 engine, a host of drivetrain and suspension mods, and some aluminum body panels, as well as a special paint job with a green spear on the side and a flat black hood.
As an example of the breed, this one is pretty solid. It appears to be an original black-plate California car bought at Marty Franich Ford in Watsonville (a dealership still in business today). I have no clue what the deal is with the Portuguese (not Polish - thank you Mr. Laia) front plate. Aside from an unfortunate smack on the rear end which the skimpy little bumper failed to absorb, the body is in remarkably good condition. The fragile chrome around the grille is intact, although one of the grille bars is bent. BringATrailer.com says it's very difficult to find one of these with a straight front end. This example also appears to have the Lotus Cortina-style "high top" dash housing the fuel, oil, temperature and amperage gauges in a central pod. Paint is Ermine White, and looks dirty but still shiny and thick. All chrome is there, including the wheel arch trim, and the original hubcaps, which look nearly new.
Pound the dent out of the rear end, straighten the bumper and stick the license plate light back in its socket, replace the fuel filler cap, give it a wash and a wax, and you have yourself a nice little Cortina.
Posted by Jay Wollenweber at 12:30 AM