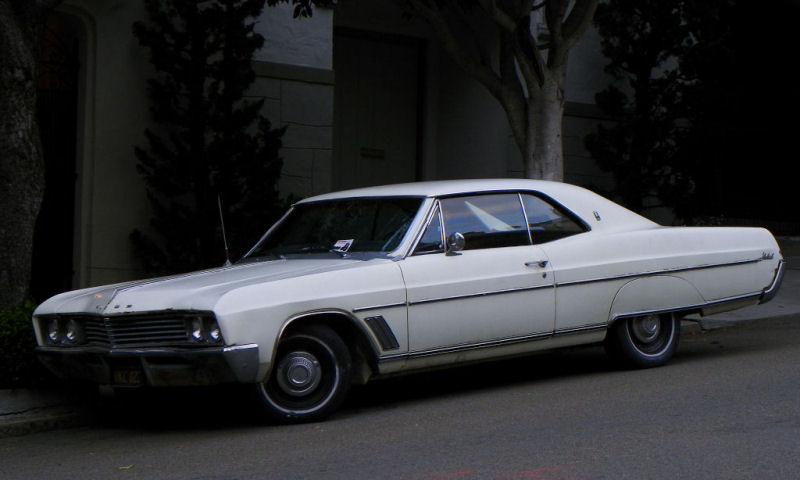 Whoever wrote that song "Time Is On My Side" must never have owned an old car in the city. Time's never on your side, especially if the car needs work and you don't have the time or money to give it love. 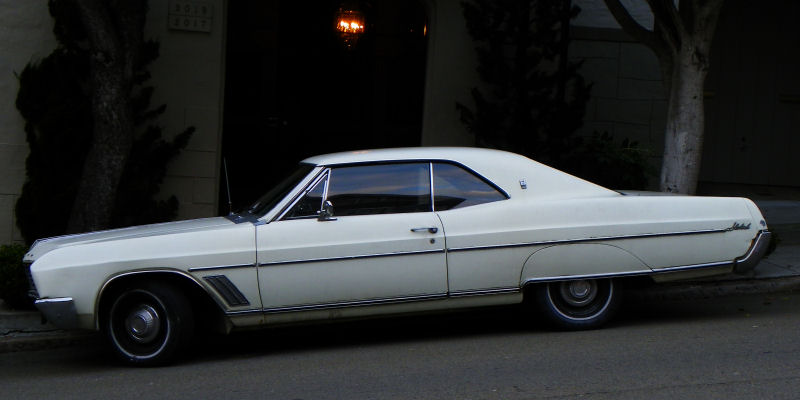 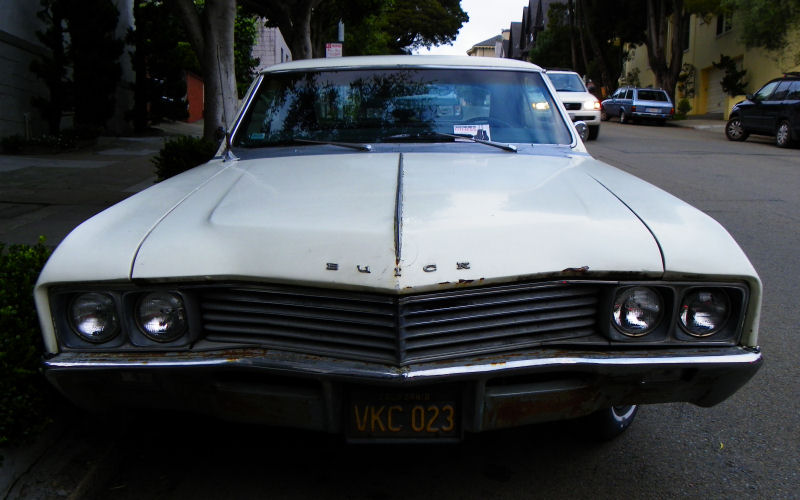 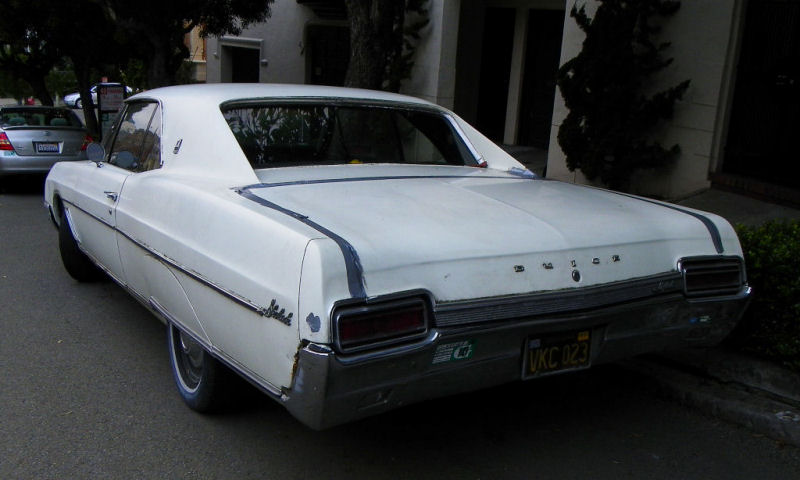 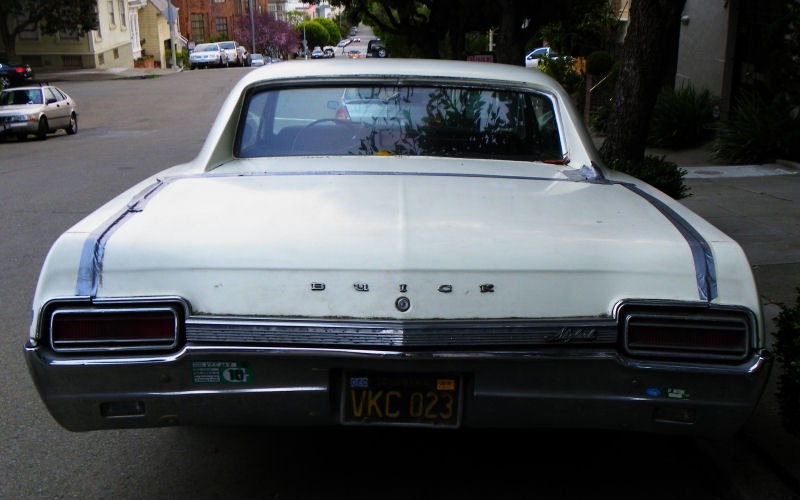 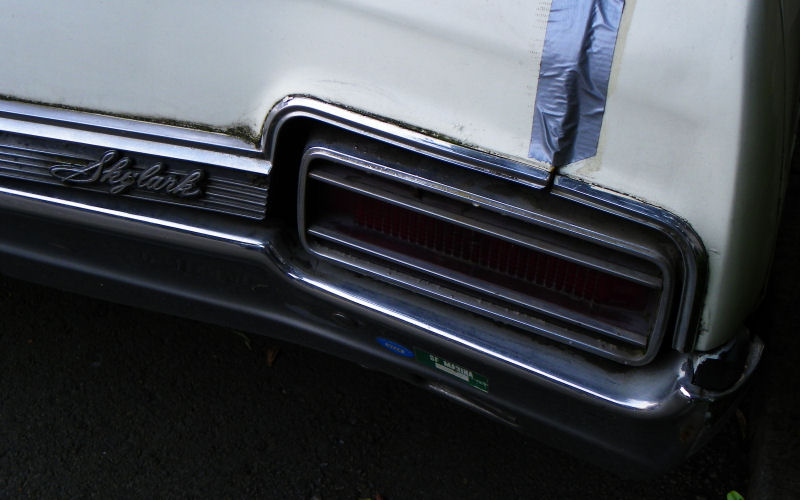 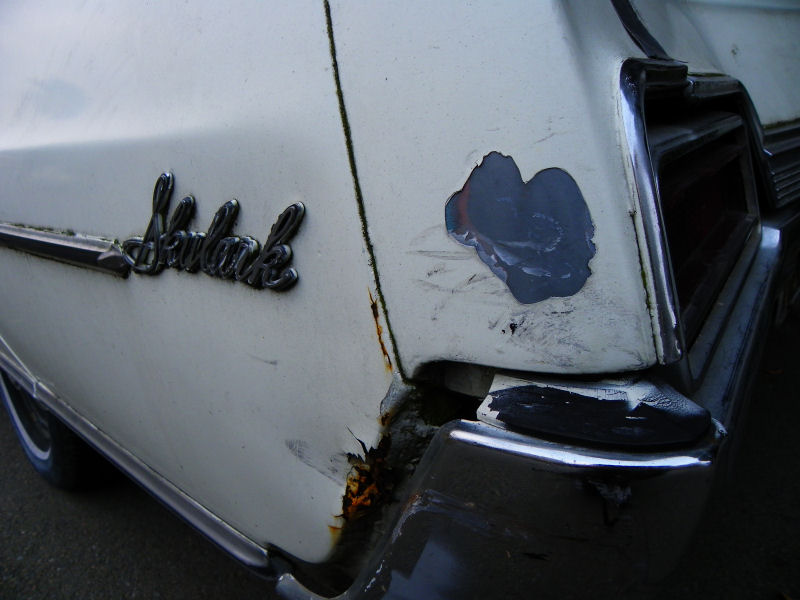 This 1967 Buick Skylark is one of the sad examples of time not being on the owner's side. I first saw this car in summer 2007 and photographed it while passing by. It was in semi-decent shape with a straight body, a full coat of paint, and rust only on the bumpers. What a difference three years makes. Now the corners and edges are bashed up, the body is rusting, and the bumpers have only gotten worse. it appears the seal under the trunk lid leaks now, too, necessitating the use of duct tape to keep it dry. There's also copious duct tape over the cowl vents. It's even rolling on the same tires it had three years ago. It's really too bad, because this was a cool car. I've seen precious few vintage Buicks around in street-parked, street-driven condition. Everyone saves the Chevys and to a lesser extent, the Pontiacs, but less common cars like Buicks and Oldsmobiles seem not to get as much attention.
Here at California Streets I actively scout out cars via Flickr and Google Street View, and by taking "freestyle" walks, and this one was re-found quite by accident. I didn't even know until three months later that I'd snapped the same vehicle three years prior. Coincidentally it was shot on the same day as the '64 Thunderbird and '68 Continental featured this past week.
I hope this mid-'60s GM midsizer gets some TLC soon before the fog and salt air eat it alive or it dies from general neglect.
Posted by Jay Wollenweber at 12:35 AM