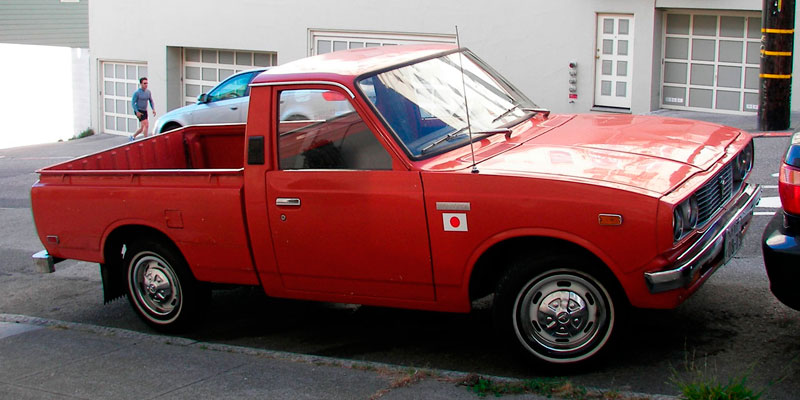 A lot of people associate old Toyota pickup trucks with gardeners, trolling around with a couple of lawn mowers and yard tools in the bed. Usually such trucks are pretty beat up and rusty, since they see a lot of abuse and, well, old Toyotas run forever but their beds tend to rust out. Toyota trucks used to be so basic that, for a long time, they didn't even have a name. Originally sold as the Hilux in the United States, the truck was renamed - you guessed it - Truck in 1975. The name was changed to Pickup in 1979 and didn't regain an actual name until 1995, when Toyota renamed its compact pickup Tacoma. 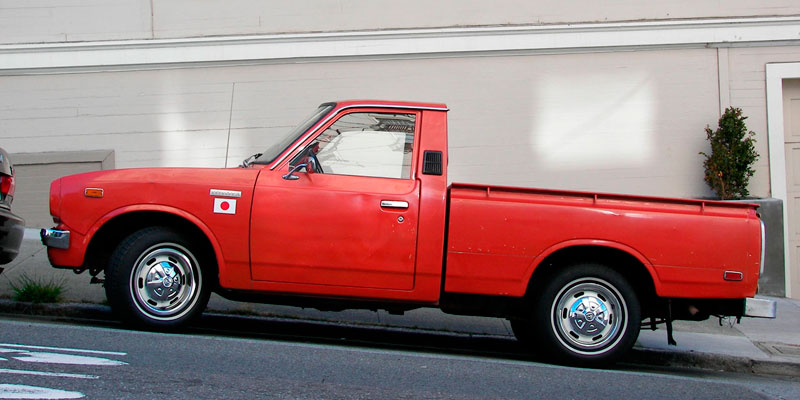 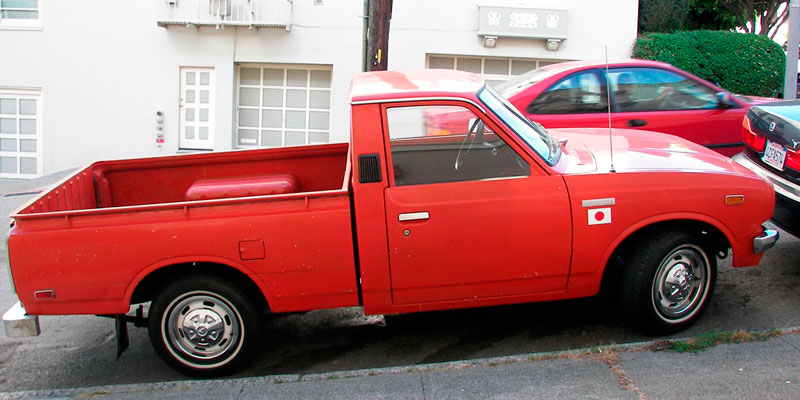 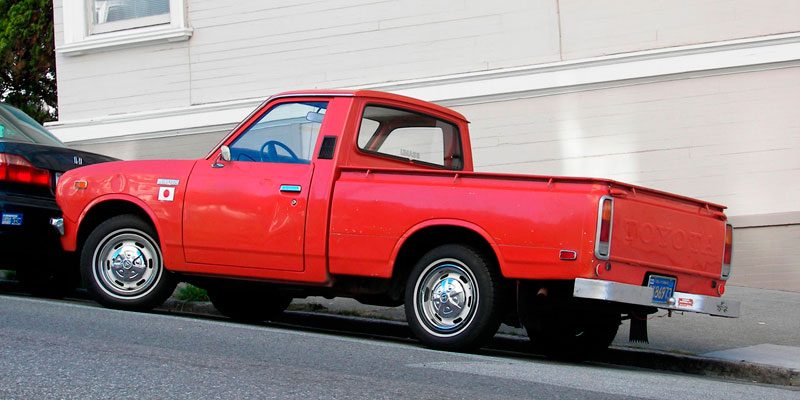 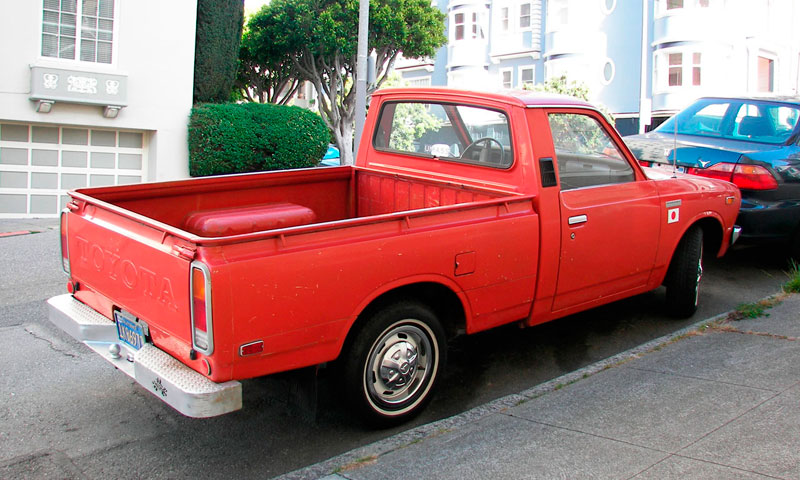 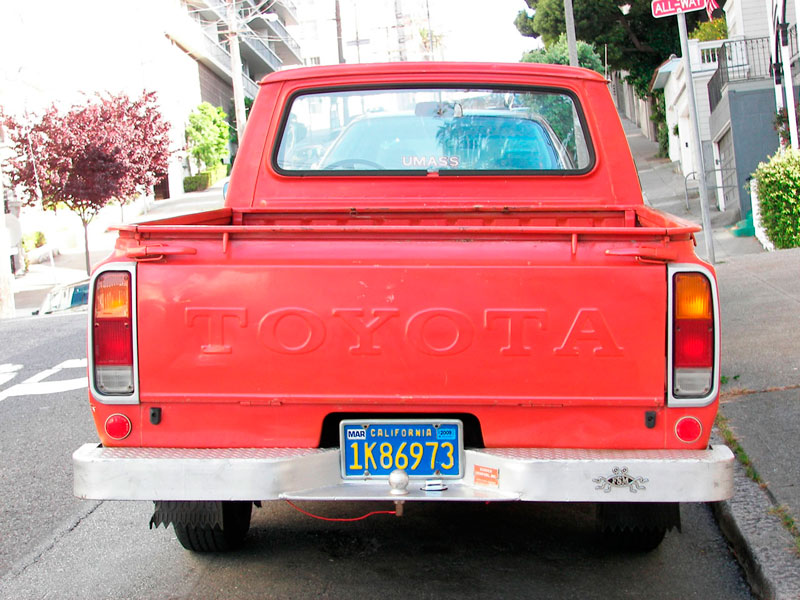 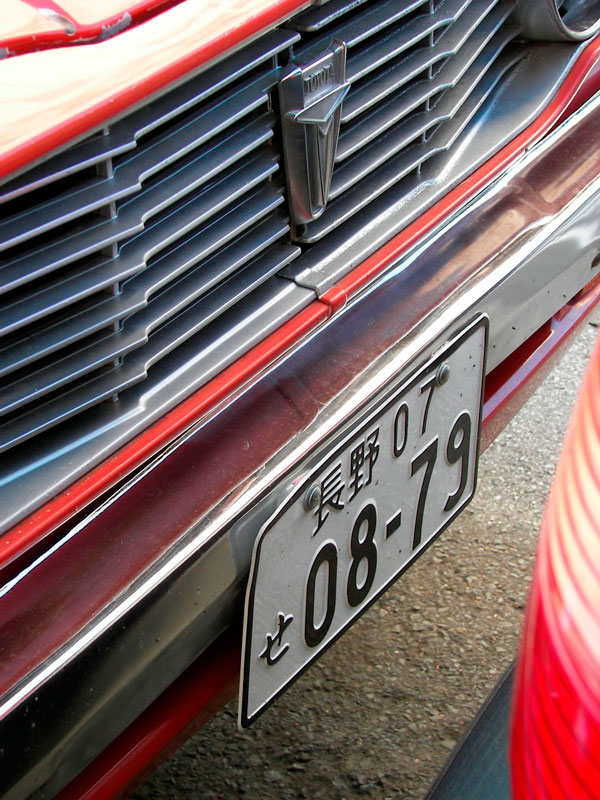 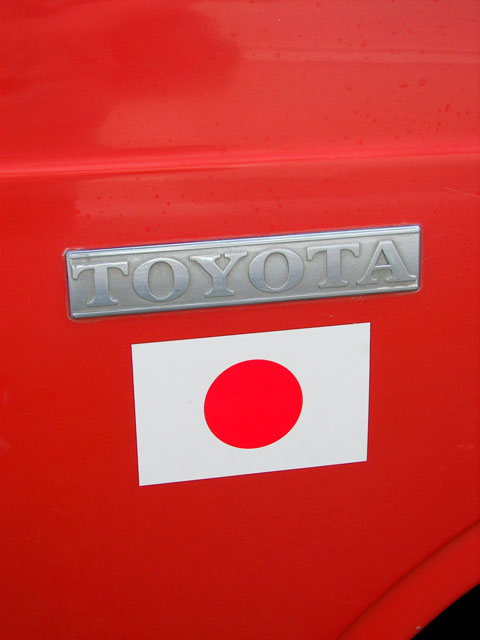 Emphasizing its basic, work-truck nature, 1975-78 Trucks came with a 96 horsepower four-cylinder engine and 5-speed manual transmission. Four-wheel-drive was not yet available, nor could buyers get an extended cab. You could buy a longbed model though.
This example is a 1978 Toyota Truck. It may not look like much to the casual observer, but this is in pretty good shape for its age. Given their propensity to lose sheetmetal at a horrendous rate in salty climes, the bed looks remarkably solid. The body itself is a little rough from dents but otherwise clean and complete, with all trim intact. The chrome dog-dish hubcaps and rubber Toyota mudflaps are a nice touch. I could perhaps question the Japanese front license plate and the Japanese flag under each Toyota fender badge, but whatever, it's a Japanese truck. I just hope the owner doesn't get pulled over for not displaying a California front plate.
Posted by Jay Wollenweber at 12:20 AM