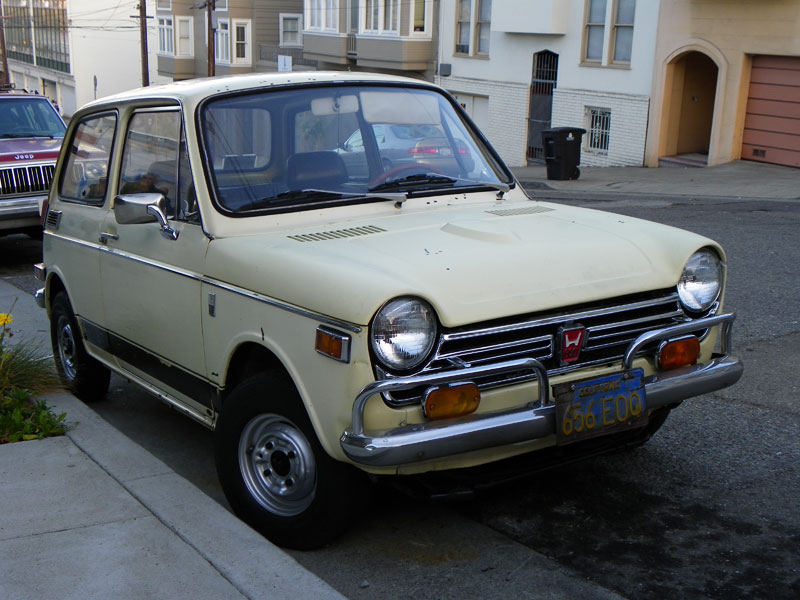 Quite possibly the tiniest car featured thus far on this blog, the Honda N600 was the first Honda car officially imported into the US. First introduced in America as a 1970 model, it was a larger-engined version of the N360 hatchback sold in Europe and Asia from 1967 to 1970. It was the precursor to the popular Civic compact, and boy was this car compact. It rode on a 78-inch wheelbase and was only 118 inches long overall. The N600 was powered by a high-revving 599 cc two-cylinder making a maximum of 45 horsepower, good for an 81 mph top speed. Weight was just over 1100 lbs. As an economy car of the era, the little Honda was fantastic. You could get 30 mpg in one of these. That seems pretty good, but technology has come a long way since then. The 2011 Ford Mustang V6 claims 31 mpg, in a much larger car that makes over 300 hp. Put into perspective though, this car was made when most vehicles on the roads in this country were averaging less than 10 mpg. The N600 was discontinued after 1972. 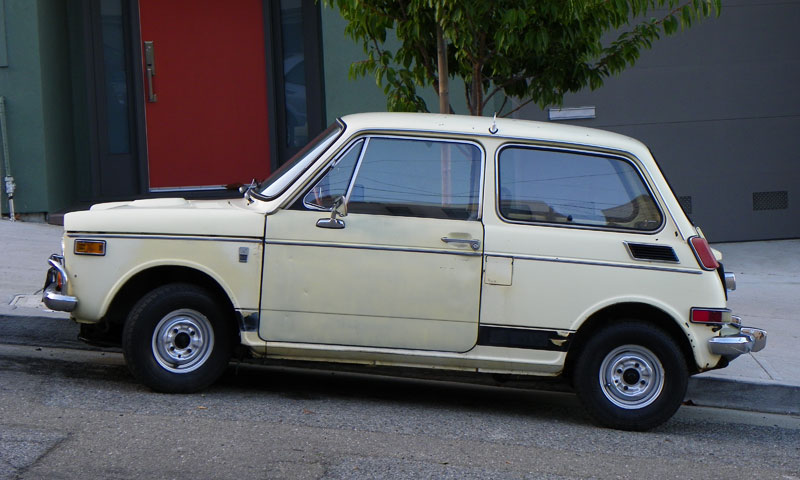 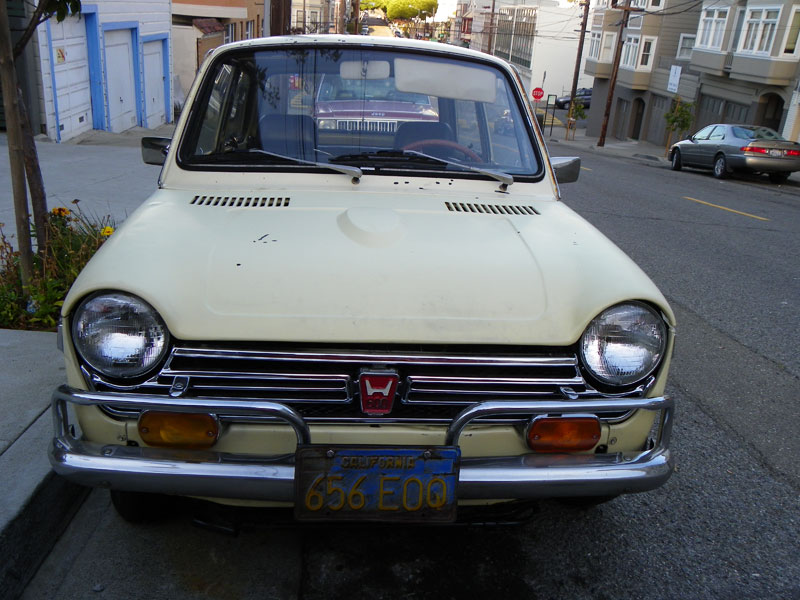 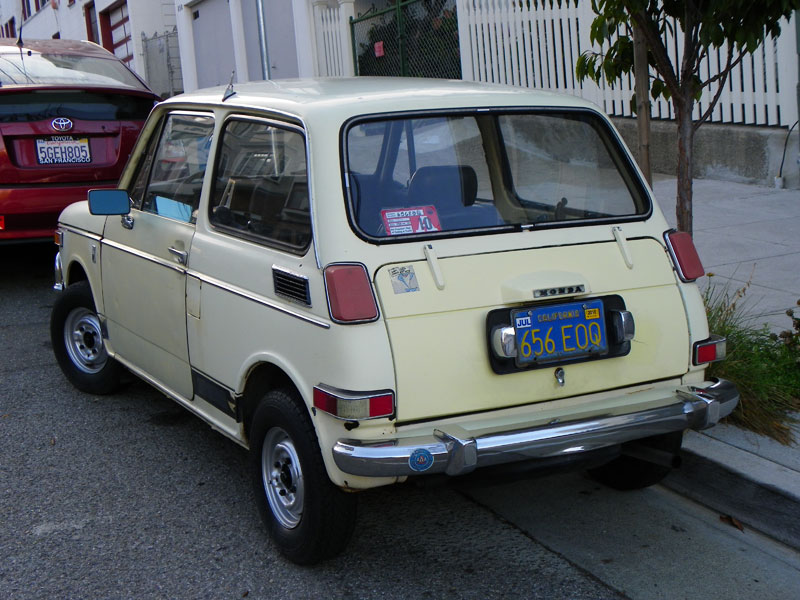 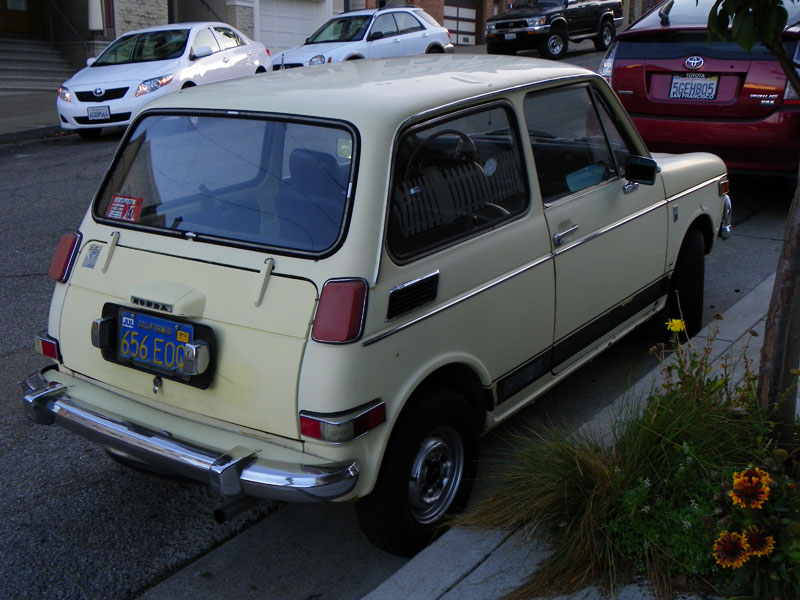 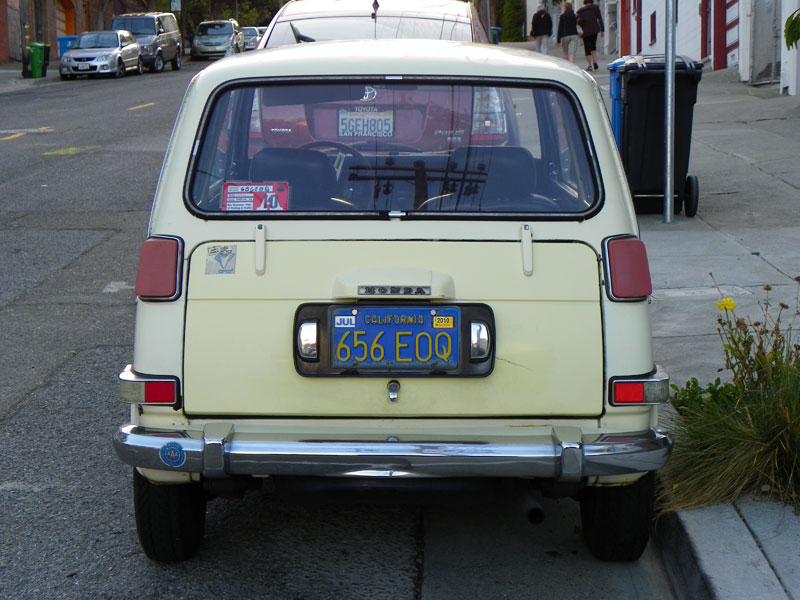 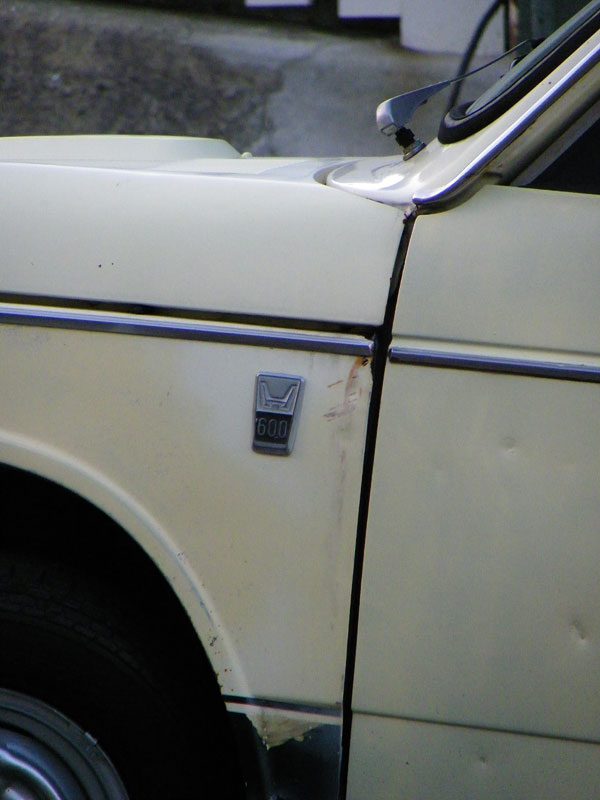 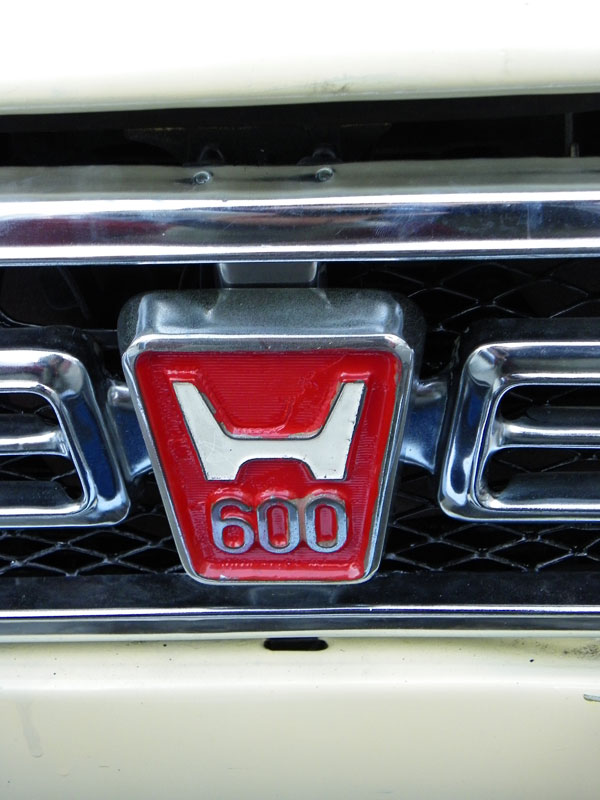 This particular car is a 1971 Honda N600. It's one of those survivors that leaves you scratching your head wondering how it stays alive in a hostile environment full of Crown Victoria taxis and possessed environmentalists pinballing around in Prii. This really is a tiny, tiny car! Not only has it been saved from getting splattered on the bumper of a Suburban, but the body is in good shape as well. It's scratched, faded and has a few dents here and there, all signs of a car that's lived its whole life in the city and been parked outside on the street. This little Honda has its original California blue plates, clean shiny chrome and a lot of original parts. The itty-bitty pressed-steel wheels aren't a thing of beauty but they're probably stock. I'd like to see the paint freshened up in the stock color with a new black rocker stripe.
Posted by Jay Wollenweber at 2:42 AM