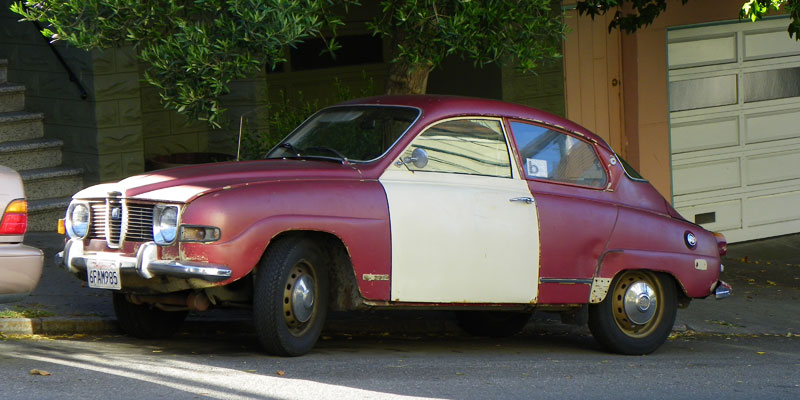 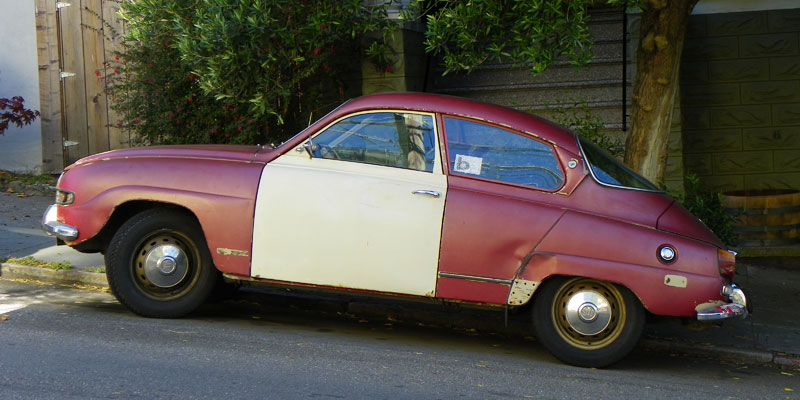 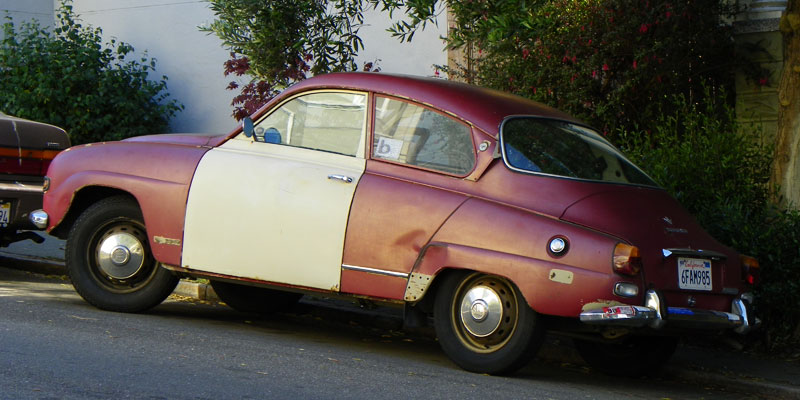 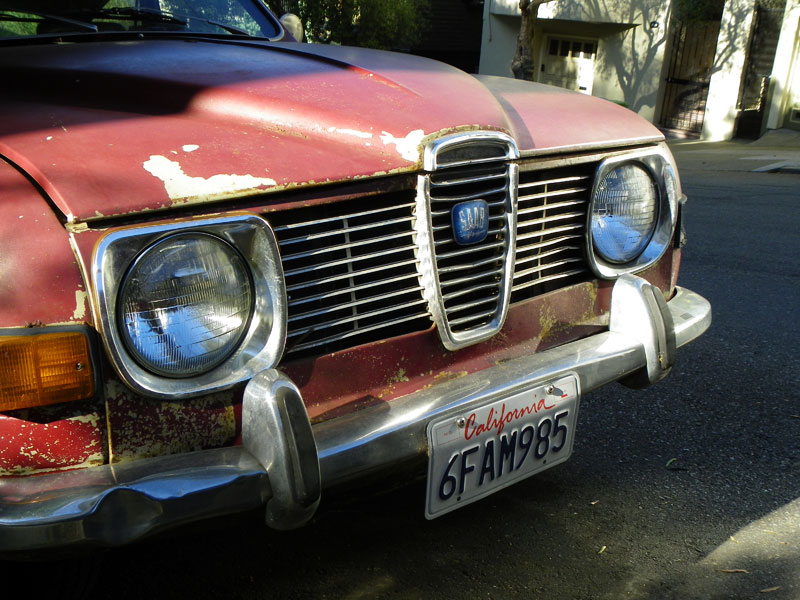 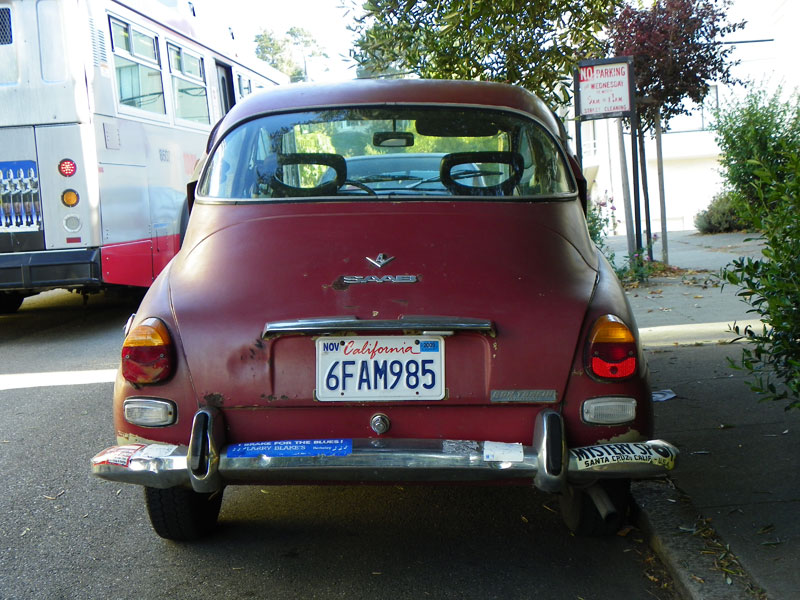 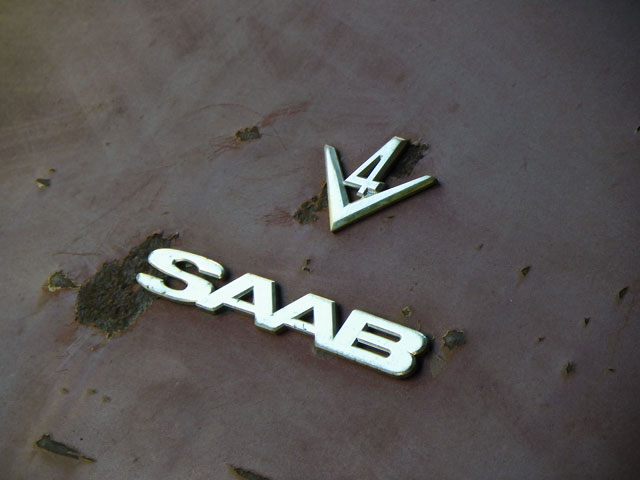 The Saab 96 was designed and built by a company that started out making aircraft. The first Saabs resembled an airplane wing and were powered by a two-stroke, three-cylinder engine making 38 horsepower. Power gradually increased over the years. The big difference was made in 1967 with the introduction of a Ford-designed four-stroke, 1.5-liter V4 engine producing 55 hp (bumped up to 65 hp in 1977). In 1965 the 96 lost its "bullnose" front end design in favor of a longer, more conventional look with full-width grille. Around 1970, rectangular headlights were introduced. Production ended in 1980.
This car is most likely a 1969 Saab 96 V4. I can't say it's a very clean example, but it's the only one I've ever seen in San Francisco and beggars can't be choosers. It must be difficult to restore a car like this, as parts can't just be sourced from any junkyard. The last one of these I saw in a junkyard was a decade ago. At least this one runs. It seems to be an elusive one, too, because there are only two known pictures of it on Flickr as I type this. Here's hoping this rare Swede receives the attention it deserves before the salt air and dirty hippies of the lower Haight get to it.
Posted by Jay Wollenweber at 7:55 PM