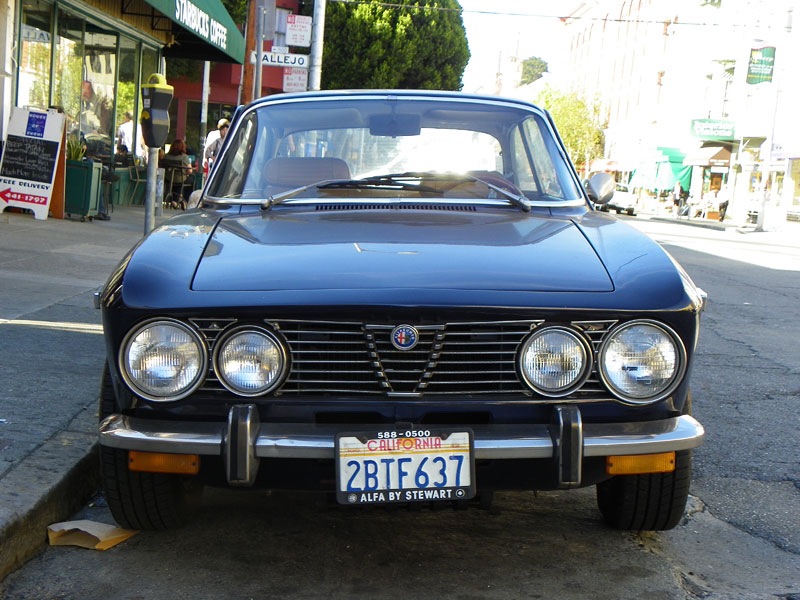 San Franciscans love funky little Italian cars, and Alfa Romeo is probably the best-represented Italian brand in The City. I see a lot of Spider Veloce roadsters and 164 sedans, with the occasional Milano or Giulia sedan popping up. But my favorite to find is the 105/115 Series coupe, commonly known as the Giulia GTV. These handsome little cars were first introduced in 1963 and produced until 1977, sold under a number of various names. This particular car is a 1974 2000 GT Veloce Iniezione, the final top-level incarnation of the model range. It featured a larger engine than the 1750 GTV it replaced, and US models received fuel injection. The 2000 GTV was produced between 1971 and '76, with 37,459 built. 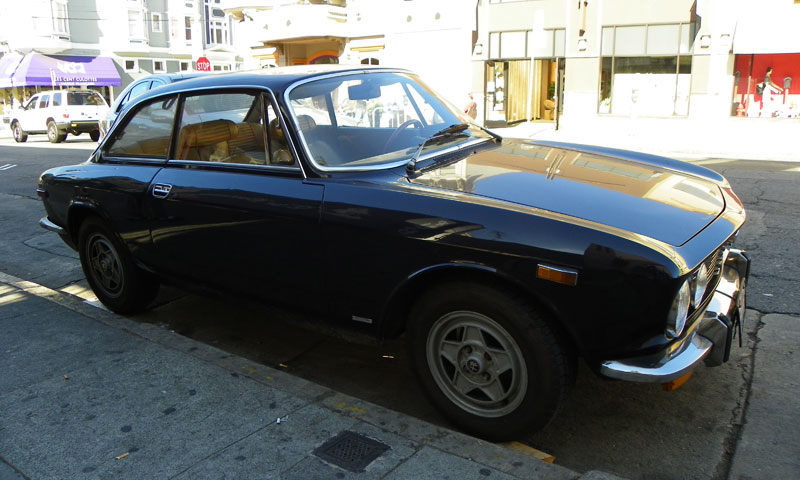 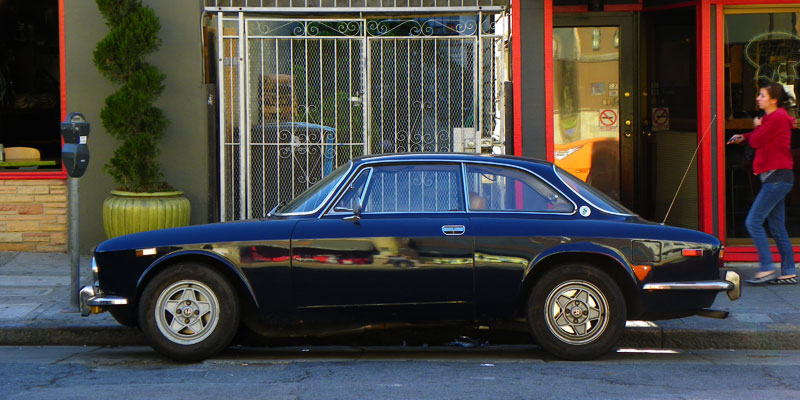 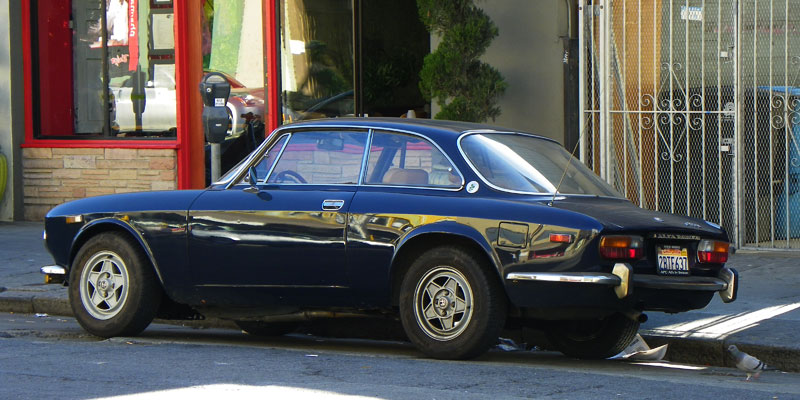 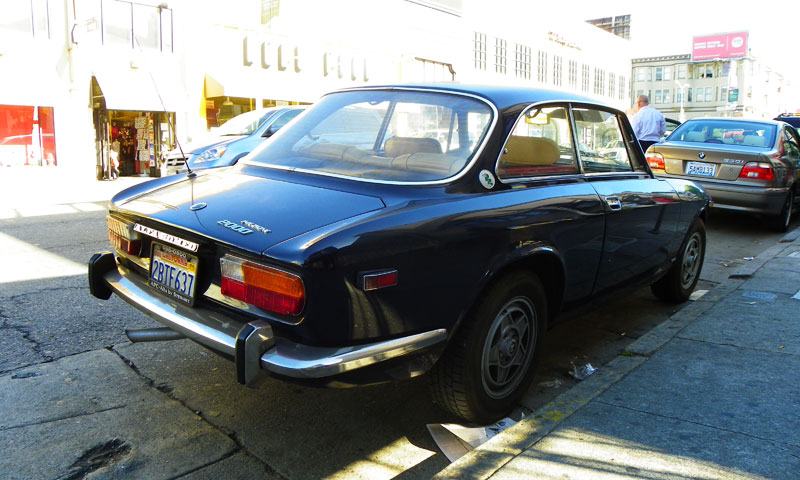 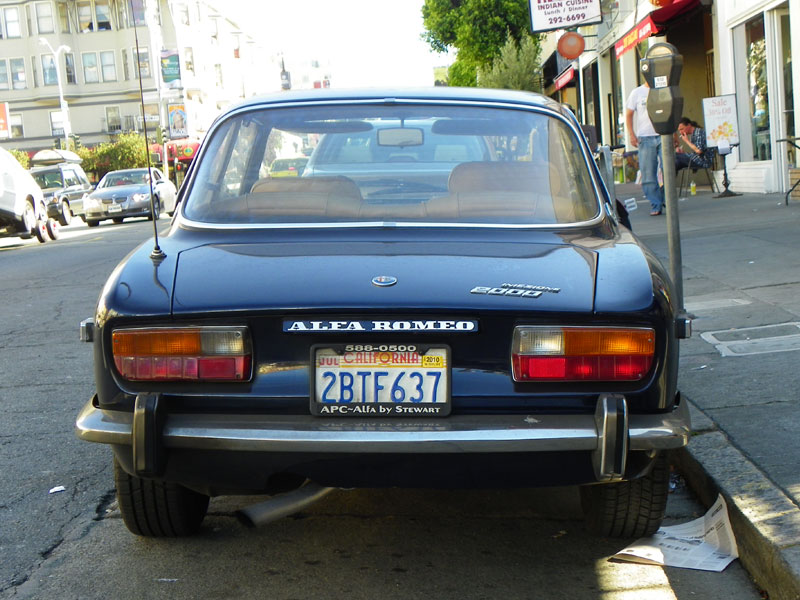 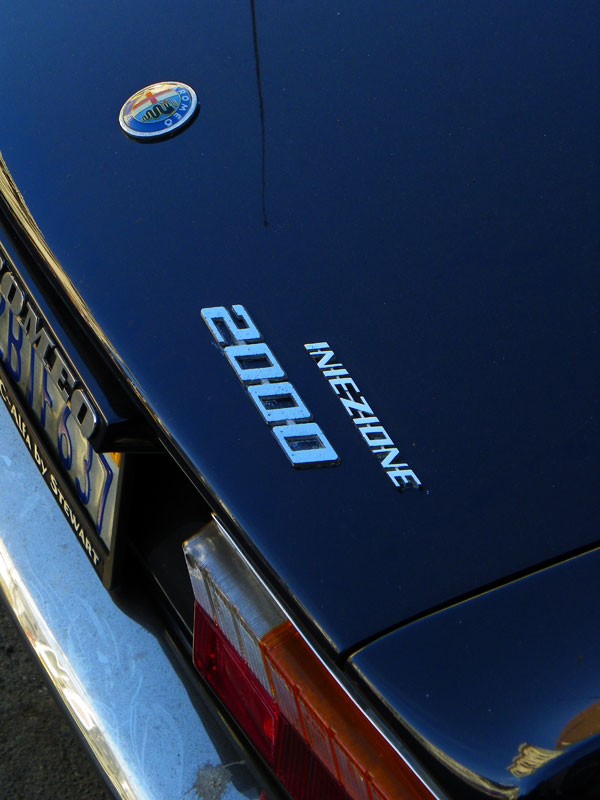 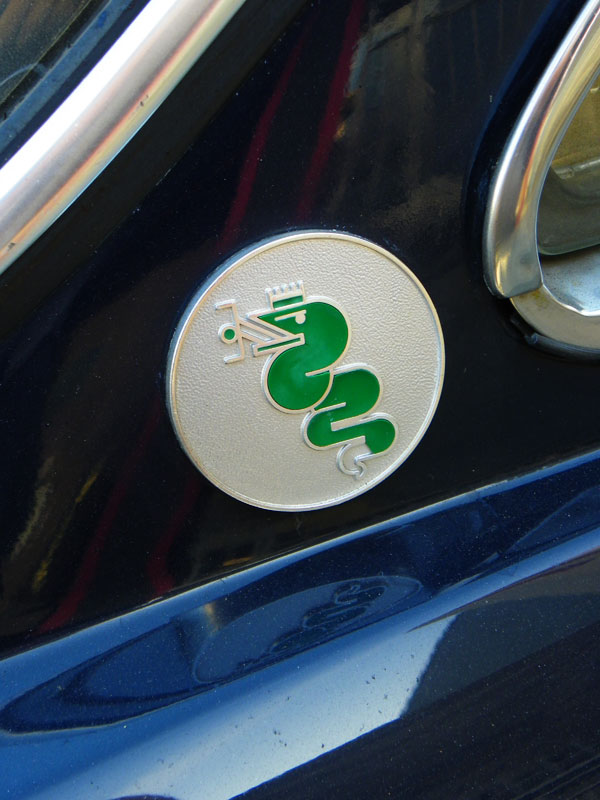 This one rolls on 5-spoke Cromodora Daytona wheels and features dark blue paint with saddle-colored interior. It's a 20-footer, one of those cars that looks really good from 20 feet away. Up close the effects of 35 years of use make themselves more evident, in the form of parking lot dents and what could be minor rust starting on the chrome and possibly around the rear wheel arches. It could use some work to clean and freshen it up a bit, but as-is this little Alfa is probably a great driver. For a San Francisco car, it's in pretty good shape. And, like most owners of vintage Italian cars in The City, he knows a good Alfa specialist mechanic to keep it running!
Posted by Jay Wollenweber at 12:03 AM